Now and again, inquisitive onlookers ask me for my favourite distillery? The beauty of the single cask format means there is always variety and opportunity. Trying to format an answer to the question, my mind races through several distilleries: the glory of Tormore, the brilliance of Brora and its sibling, the robust sherry style of Glenfarclas, the fruitiness of Balblair, the joy of Springbank and Kilkerran, then the peat isle.

Ultimately there is no easy answer on my behalf. Matters are more straightforward if the question is solely focused on Japan. The immediate answer from me and I suspect from several of the MALT team would be Chichibu. This distillery is located in the town of the same name and is roughly 60 miles from Tokyo. Bursting into life in back in 2008. Ahead of the boom times, much like Fife’s own Daftmill distillery, it has established itself as a notable presence in Japanese whisky by sticking to its core ideals.

We won’t touch upon the background of Ichiro Akuto and his family’s rich distilling heritage. We’ve covered the tale several times in our wee treasure chest of reviews that kicked off just over 6 years ago when Mark enjoyed the Chichibu The First release. Since then we’ve tried the official releases and the collector-bait single cask releases. These desirable bottles feature a knockout combination of great whisky and eye-catching presentation, wrapped up in the fashionable Japanese malt ethic. Much like Pokemon, you can try to capture them all, but it won’t happen.

Sadly, word reaches us that these single cask bottlings will be coming to an end shortly with Chichibu focusing more on vatted releases, which brings its own dynamic and possible highlights. How can we forget the Chichibu Imperial Stout Barrel or the presentation in Everything About Chichibu?

The issue of the debut 10 year old blend is pending. This will at least reach our shores, or hopefully your shores. Official releases from Chichibu tend to number 9000+ in terms of outturn; giving us a chance at least of purchasing and experiencing what this remarkable distillery is producing. Unlike the single cask releases that are unicorn whiskies, adored by many who are willing to queue for hours for the chance to own such an example.

Japanese whisky is not cheap and the hype surrounding this realm shows no sign of abating, unfortunately. Victims of their own success, many distilleries have changed the formula, gone no age statement and tried to ramp up production to meet demand. Not all of these changes have been universally welcomed or appreciated. Chichibu has continued on its own journey, and the 10 year old will be an achievement, as well as a benchmark. Much like the Daftmill Summer release or the Kilkerran 12 year old. This will be the bottle in theory that showcases what a distillery, or any distillery, is all about. We look forward to moments such as this hopefully later this year.

This is a special cask sample for the Public Bar Islands Japanese bar, which is currently available at the Dornoch Castle Whisky Bar. Distilled in 2009, before being bottled on 7th May 2017 at a strength of 62.2%, from a 1st fill ex-bourbon barrel number #542. Get it while you can for £25 a measure and thanks to Phil for the sample.

On the nose: a thick and luscious arrival with elements of vanilla, banana fritter and honey. An oiliness followed by delicate spicing of ginger and sweet cinnamon before returning to caramel goodness. Time is a great revealer with traces of coconut and balsa wood coming through. There’s also a rich beeswax characteristic. Water loosens things up, revealing more fruit tones, popcorn, caramel and grapefruit.

Another very enjoyable Chichibu that continues to impress with their well crafted and flavoursome whiskies. Even at a relatively young age, there’s a huge amount of flavour and texture present. With the 10 year old within touching distance finally, the excitement is building. 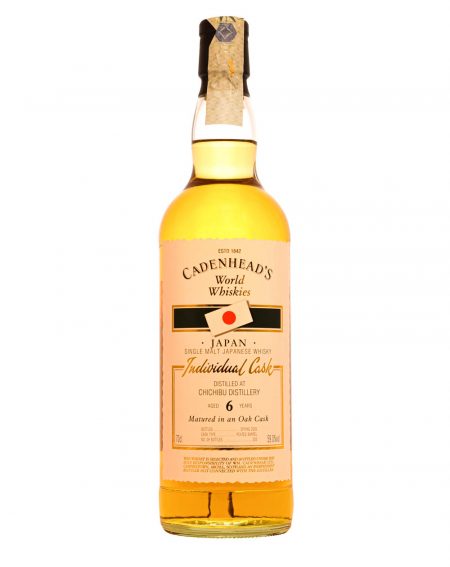