It has to be said that, perhaps more than any other corner of the drinks industry, rum is like the Wild West.

Yes, more so than the dark recesses of the Irish whiskey industry where brands pretend to be distilleries. There is an astonishing lack of regulation around rum – regulation that helps you, the drinker, in not having some dubious spirit that has been made in dubious circumstances.

I won’t bang the drum of provenance for rum, as there is none currently. The raw materials for distillation – be it sugar cane juice or molasses – can come from anywhere. Indeed, many producers get their supplies from the same place, certainly beyond the country of distillation, which means zero provenance.

The plethora of production styles and unclear regulation means you get some major extremes. There are some brilliant rums and some distinctly unbrilliant rums. This isn’t so much the case in, say, Scotch whisky, where variation is actually quite limited and you can pretty much know what to expect when you buy something, within reason, and despite my grumblings, it is very hard to find an awful whisky.

Which means, to someone like me – a whisky drinker at heart exploring further afield – rums are a bit more of a gamble. And so I’m hesitant to commit to a whole bottle, which means I prefer to buy samples, like I did for today’s rum, from places like Master of Malt.

So today I have a single barrel rum from the Plantation range, which uses spirit from Jamaica that was distilled in 1998. Now, there is talk on the Plantation website of terroir, which got me excited up until the point I realised they haven’t a clue what the word terroir means. It isn’t some random island your spirit was distilled, it isn’t the building that distilled it. It is where your raw material was grown, its microclimate, its environment, the soil, the apsect, the geology, all of that and how it influences the plant and the eventual flavour it produces when distilled or fermented or whatever. Raw material. PLANTS! And there is no discussion of that on the website, from what I can see.

No tick in the box so far. Well, the rum today was finished in a cask that previously held wine from the Tokaj wine region in Hungary and Slovakia. Wine finished rum sounded weird enough to be interesting, and perhaps this new cask wasn’t for remedial purposes like finishing usually is for whisky; so was it tasty? 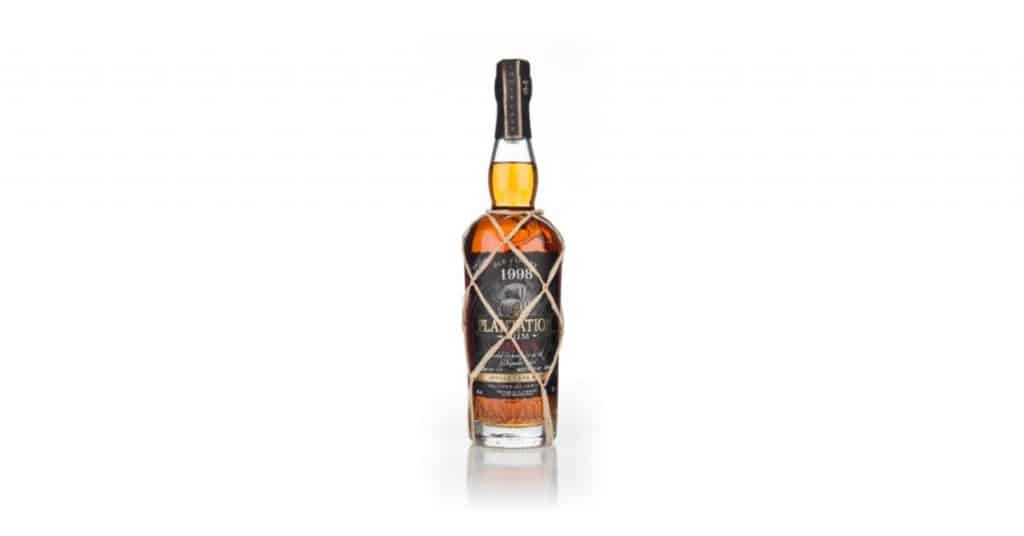 On the nose: curious, to say the least. And a bit weird to say a bit more. Resinous and plastic – I feel like the bad kid at school who sniffs glue (a very 80s/90s childhood topic) – with fennel and spearmint. Calms to muscovado and dried raisins. Cranberries and something slightly burnt. Very tart and herbal.

In the mouth: thin texture, spirity; weirdly bitter, acidic and not at all a nice tartness. My mouth puckers up like a cat’s arse at first. Minty, herbal, vegetative, fennel, even slightly bourbon-like vanilla-led notes at times. Lots of sugar rushes through eventually: it’s brown, syrupy stuff, like textureless molasses, as thin as water. Red fruit notes, a little blackcurrant. At times flashes of something half-decent. Underneath it all, something slightly plastic lingers, fading to black tea.

I need a shower.

Note: Image from Master of Malt, where I bought a sample of the rum in question.