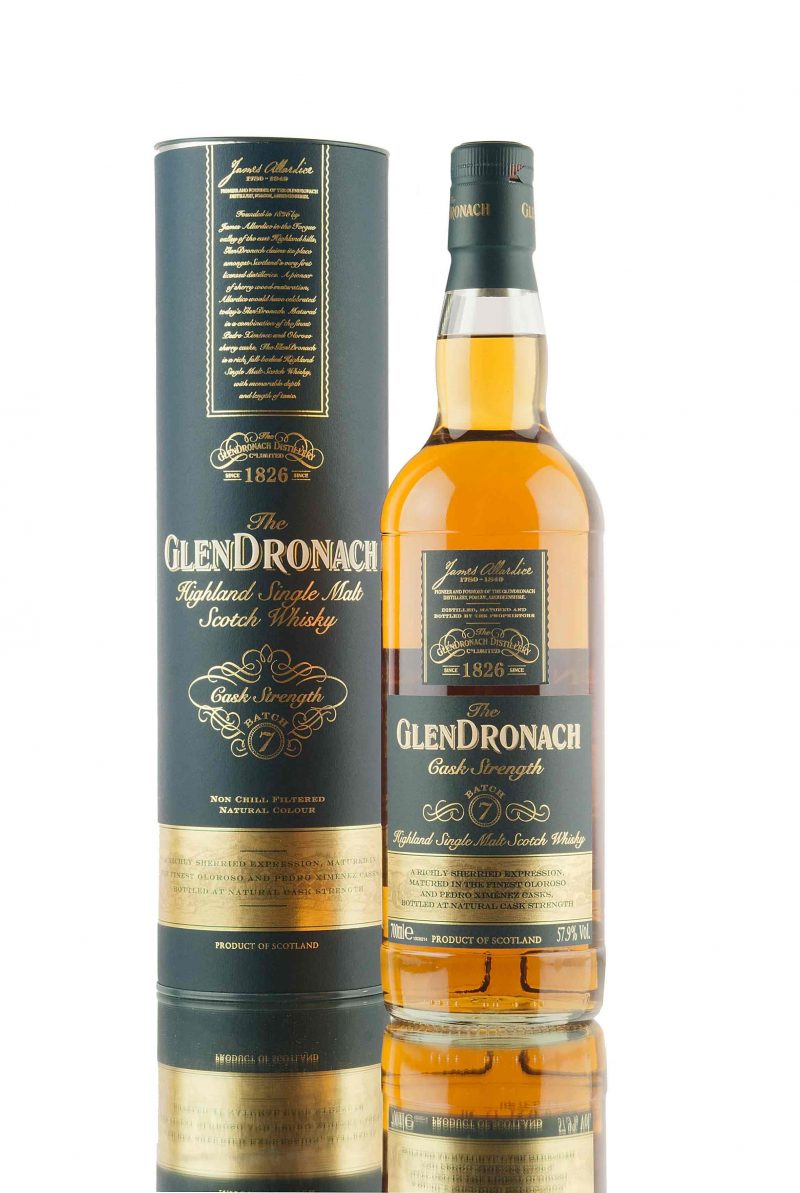 I have commented, many moons ago, about the whisky drinker’s tendency to romanticise single cask bottlings. Jason, having had one too many Buckfasts, is also a lover of the single cask whisky, but I’m not one of those kinds of drinkers.

Don’t get me wrong, I can appreciate a very good single cask dram, but here’s a simple statement, which really isn’t rocket science: they’re not as complex as single malt whiskies. Which is to say, that when you add different single cask components together, you get something that is far more sophisticated. When magic happens, the whisky exhibits emergent properties: which is to say, it is more than the sum of its components. 2+2 = 7.

I don’t understand why complexity is a complex idea, or why the world goes mad for single cask whiskies. Even Scotchwhisky.com, earlier this year, came to a similar conclusion. But I’m using today’s cask strength – but not single cask – bottling to remind ourselves about the point. And it’s another GlenDronach.

In that previous GlenDronach post I suggested that single casks were outliers, which is why they were often romanticised. They were unusual specimens to be preserved in amber, as amber; rogues and relics from past distillations, promising something unusual at the far corner of dunnage warehouse.

Except for the fact that many of them are a bit shit.

Yes, I’m talking about the second-, third- or fourth-fill nonsense one tends to find these days, or “refill” as we’re begrudgingly told. In fact, I quite often see “refill” being placed up front as a sort of selling point, as if using a buggered cask that can’t impart much influence on the spirit is something to be proud about.

But I suspect that the real reason that people go on about single casks now is that, well, they’re all many people can afford if they want to better explore distilleries. A good Swedish whisky will set you back £80 on the door for a 50cl bottle. Japanese? Forget about it. 15 year old whiskies, if age is your barometer, is a minimum £60 for something a quarter-decent, but really into the £80-£100 for the good stuff. So we console ourselves with these spurious single casks, and the only factor that’s half-way decent is the fact that the bottling strength is something fairly entertaining.

However, there’s a handful of distilleries that are releasing cask strength editions with some regularity: BenRiach now, GlenDronach of course, and Glengoyne. They give us that cheeky pleasure of a single cask – which is that slightly different, slightly stronger bottling. But pound for pound they’re better than most of your standard single casks, especially for the price. By better, I mean more complex (but then you know that by now, because being a Malt reader, as I regularly remind you, you are both handsome and wise).

Complexity is something I think I’ll save for another day, though; it needs a longer, more considered piece, with fluffy bits of science thrown in for good measure, but suffice to say I think whisky drinkers, on the whole, don’t tend to talk about complexity all that much. We talk about differences between bottles. The collecting gene kicks in, and we’re more preoccupied with how our bottles look. Or we’re chuffed that we’re able to stack-up the numbers on our shelves, which is something quite rare the more unaffordable this game becomes. Cask types are used as a short-hand for flavours, particularly when it comes to finishes or single casks, but again it’s not really a conversation about complexity. Or am I being unfair? (And for once, I haven’t even mentioned grain and terroir and how that adds to complexity…)

Which is a roundabout way of saying that I tend to like the cask strength single malts that GlenDronach often puts out. We’re onto Batch 7 now, which says that whisky fans quite like these things as well. Batch 7 is a vatting of PX and oloroso sherry casks, and is bottled at a robust 57.9% ABV Because this distillery is generally ace, it costs £56.95 from Master of Malt. Which still feels astonishingly cheap, considering. 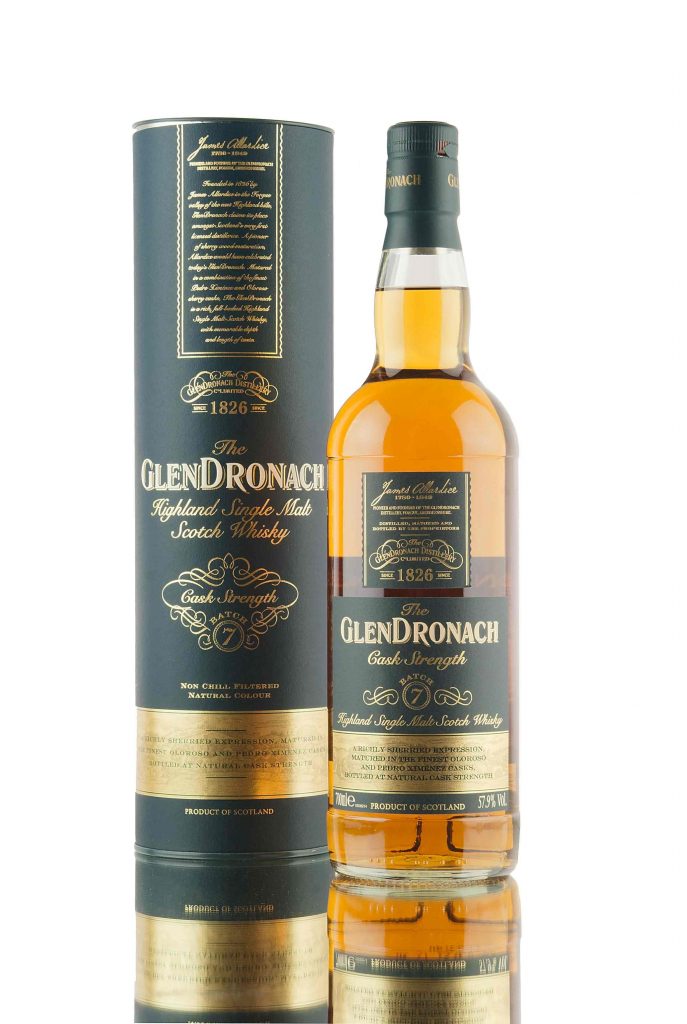 On the nose: plenty of caramel and heather honey notes, with just a hint of cinnamon. It’s deep, richer: dried raisins, sultanas. Coffee, a speck of citrus. A nice nuttiness comes in: walnuts, hazelnuts; before we drift back and forth between caramel, toffee notes and maple syrup.

In the mouth: lovely viscosity, thick oily spirit. Delivers much of the nose, caramel, praline and dark chocolate, with raisins, orange, coffee, Tiramisu. Quite spicy, with cloves and nutmeg; slight coriander warmth too. Juicy, plump, a very nice balance of sweetness and spice, but not overly… complex.

Another good GlenDronach – though perhaps not as good as some of the earlier batches if my memory hasn’t failed me.  Worth a punt. Can’t say it enough: if you spend all your money on Macallan – stop it, close those auction tabs on your browser, and just buy GlenDronach instead. It’s a far better spirit and infinitely better value.

There are commission links within this review, which doesn’t affect our opinion. 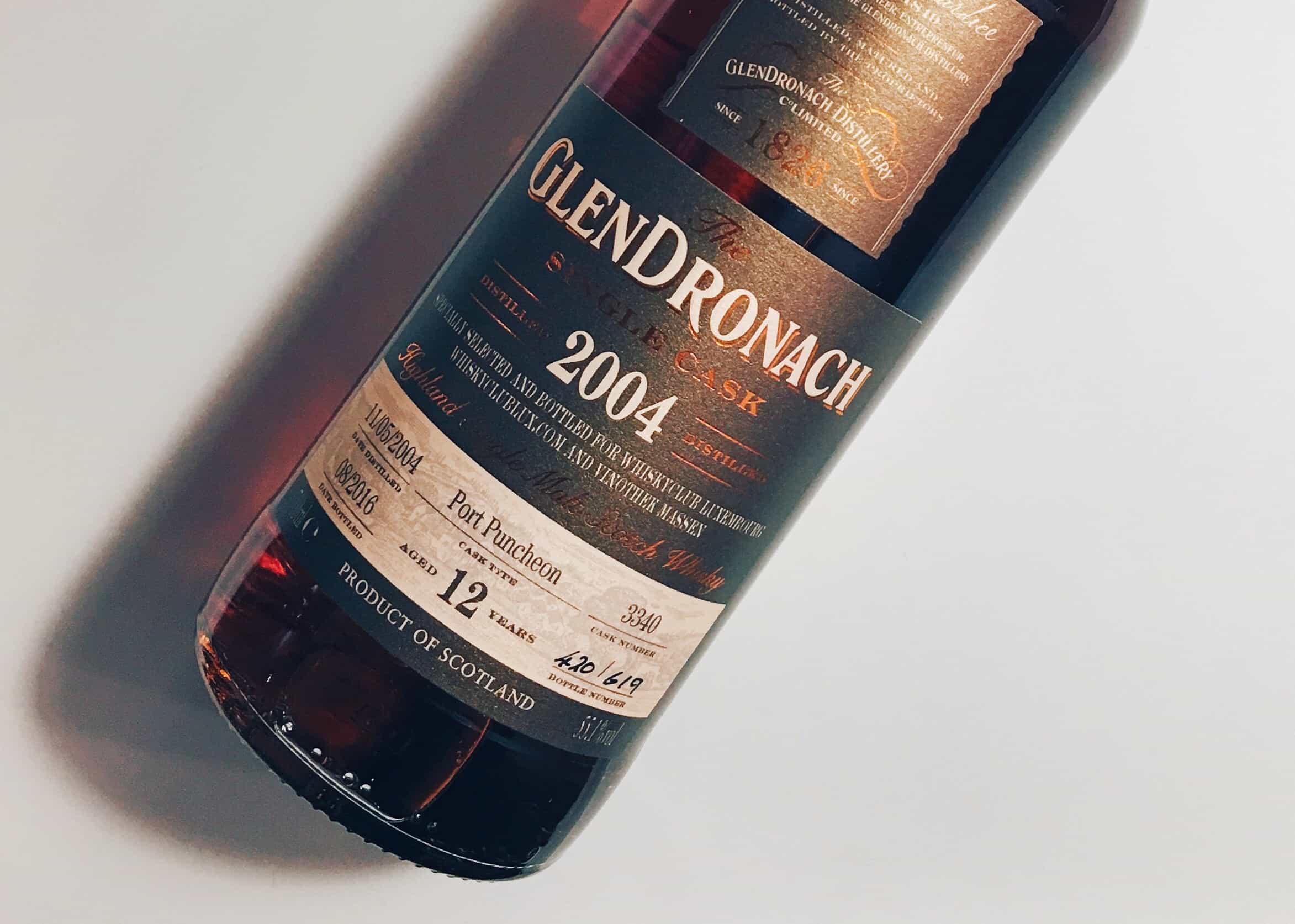 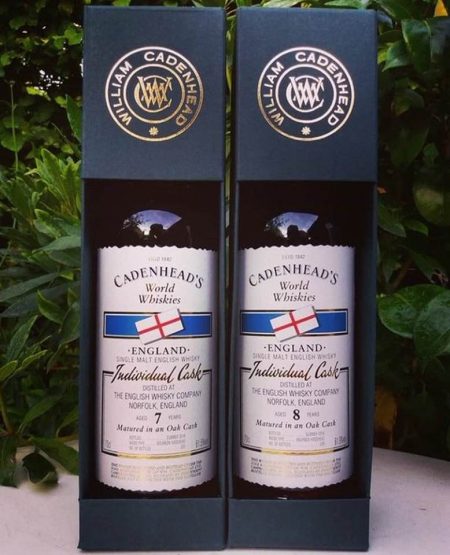