The Lynx Effect. Probably one of the most memorable advertising campaigns in recent years. The premise was, of course, that after spraying yourself with Lynx, you’d suddenly become irresistible to members of the opposite sex. Not only did the term become inherent in the rhetoric of a whole generation of teenage boys (and possibly girls), it demonstrated how the right marketing could negotiate such a huge discrepancy between reality and perception.

I’m sure there are many secondary school teachers out there who can relate to this: whilst waiting for your next class of students, heading to you straight from P.E, you stand at the door, Ventolin in hand, their imminent arrival shrouded in a foggy cloud of deodorant. This was what the Lynx Effect meant to me; a rather unusual mix of aromas, including those underlying dodgy ones lingering from the previous lesson. Rather than achieve what it purported in the adverts, it was simply a failed attempt to disguise the flaws of the rather pongy hormonal teenage boy.

Discuss cask finishing with a group of whisky enthusiasts and it can often divide opinion. Whilst essentially a transfer of the spirit from the initial cask of maturation to another for, normally, a shorter period, some might argue that cask finishing is the whisky industry’s equivalent of the Lynx Effect; simply a technique to attempt to disguise any flaws that have accumulated during that initial maturation. I explained this to a friend recently; a friend who enjoys a dram but is far less concerned with the process of making whisky than she is with drinking it. Her reply was that if this is indeed the case and, if it succeeds, so what? If the end result is a better, much-improved whisky, then that’s great, isn’t it? In theory, yes. The problem lies in the word disguise. If those flaws aren’t removed altogether and they’re still there tainting your taste buds, the pretence that this has all been done in the name of creativity and innovation, to justify a price premium, just starts to wear thin.

One of the most recent examples of this has been The Glenlivet Captain’s Reserve. This was quite frankly one of the direst whiskies I’ve tasted in a good while but, from the number of positive reviews on various blogs and vlogs, you’d think this was the nectar of the goddesses. Finished in ex-cognac casks, I found this lacklustre, synthetic and with a dreadful bitter aftertaste. The fact that it retailed for around £45 just rubbed salt into the wound. Of course, we all know that whisky is subjective. However, it’s interesting to note that these positive reviews came after some rather flashy press packs were distributed. So, kudos to John Marshall, aka Whisky Apocalypse, for actually calling this out.

Discuss cask finishing with others and they might argue that the genuine purpose of this really is creativity and innovation; a way to play with the whisky and develop new, unusual, interesting flavour profiles. With competition both within and out with the Scotch whisky industry, it could also be argued that such developments should be encouraged.

If you read reviews written by those not paid for by the big brands, you begin to realise that there’s a dearth of good cask finished whisky out there. But it does exist. Take, for example, this Ledaig 13 years. Finished in Amontillado sherry casks, un-chillfiltered and bottled at a whopping 59.2%:

On the nose: initial thoughts are of a seaweed covered beach. Roast pork and apple sauce. Frazzles. A slight lemon zest in the background. With a few drops of water, this develops into lemon icing. BBQ
smoke follows.

In the mouth: salty bacon with a drizzle of maple syrup. Toffee fudge. Tinned clementines in the background and the finish is slightly drying. Adding a few drops of water brings out an element of white pepper and there’s a slightly herbally, minty, Fisherman’s Friend kind of taste on the finish.

An interesting cask finish, it diverts us away from the usual, and somewhat predictable, path of sherry cask finishes. Without a flashy press pack in sight, this is a whisky which demonstrates substance over style.

Full transparency: I bought this bottle (£74.95 from Royal Mile Whiskies) for the purposes of pouring at a tasting earlier this year. I kept what was left for myself. One of the perks of being self-employed, I guess. Lead image from the Whisky Exchange. 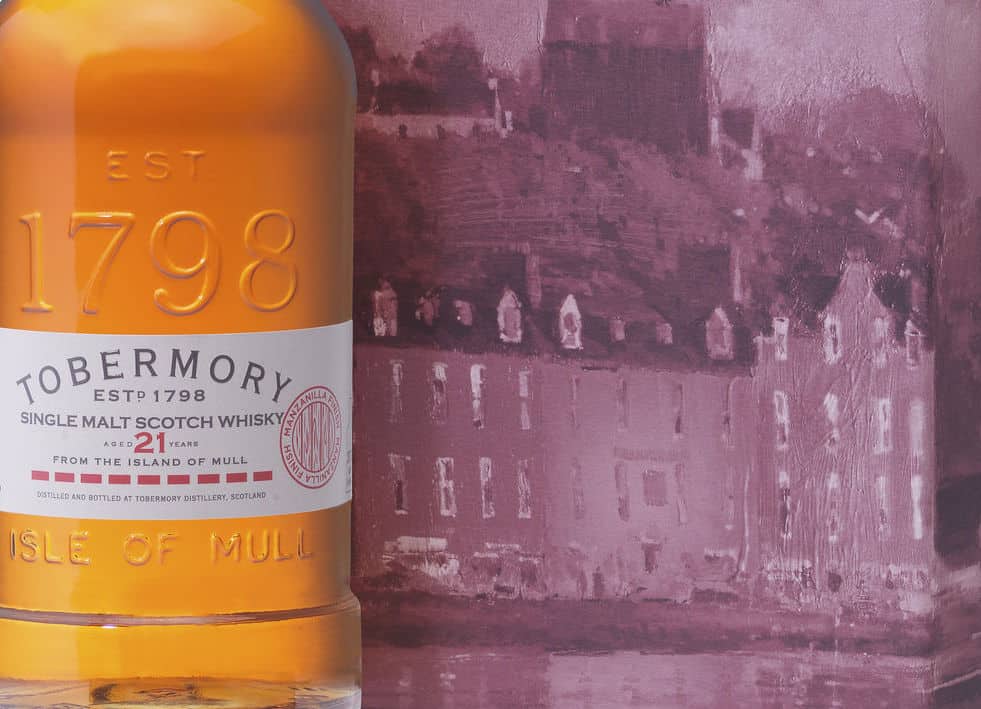 It’s tricky to write another Ledaig intro after recently reviewing the excellent release from Cadenheads here. Ledaig, or Tobermory, does not enjoy a high profile..