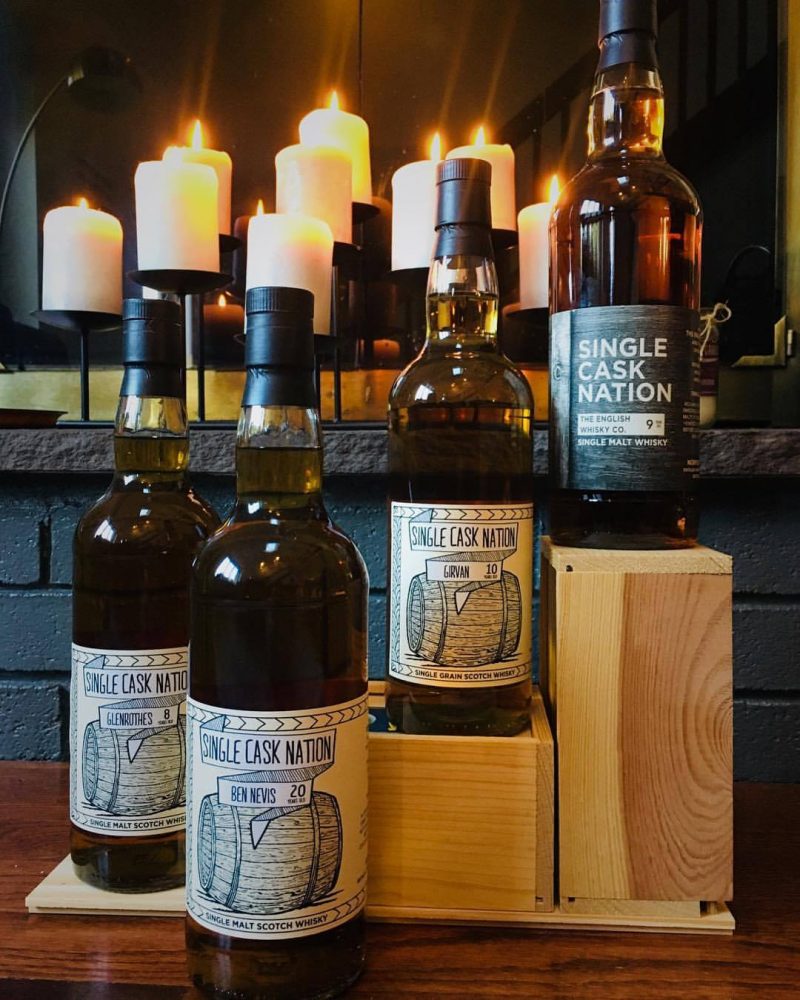 Jason recently reviewed a Glenrothes-Glenlivet single cask favorably, exhorting us to try unexpected casks from distilleries about which we have preconceptions. Well, OK, mate; you’ve twisted my arm! In dialogue with that piece, I have cracked open an 8-year-old single sherry cask, also Glenrothes, from an independent bottler doing something new and different.

Jason pointed out – far better than I could – the several problems plaguing this distillery, stemming from the revolving door of owners. Not being as close to the industry dynamics as Jason, I’ll tackle this from the other side: the perspective of the consumer. As a naïve young undergraduate in the Kingdom of Fife, I used to seek out Glenrothes – assuming, ignorantly, that it was from the town of Glenrothes just down the A92. I recall liking it very much, though I was then unencumbered by much knowledge or wisdom about the finer points of whisky. The rotund bottles, the vintages, and the faux handwritten labels were part of the appeal- I didn’t know what they signified, but they were different! I may have been delusional, but at least I was enjoying myself.

So, it’s fair to say that I have preconceptions about Glenrothes, but (unlike Jason) mine are hazily cheerful. As an adult, I have frequently tried to recapture the magic of that bygone era of blissful ignorance. Philosophical digression: this is always a mistake, in any aspect of life. The reverse alchemy of nostalgia turns the past to gold and the present to lead. Nevertheless, I persist. I have occasionally revisited the officially-bottled Glenrothes range in its many incarnations, usually with slightly wistful disappointment. I’ve found they’ve varied from weakly nondescript (the 40% Select Reserve) to sorta-OK-ish (the 43% 1995-2013 18 Year Old).

Seeing more clearly in my maturity, I now recognize the folly of the confusing (and ultimately meaningless) vintage strategy. New owners Edrington have recently announced plans to revamp the range, doing away with the distillation years in favor of a more conventional age statement approach. These whiskeys are aimed at “the modern drinker.” (This is the point where I yell, in my most idiotic voice, “Hey, I’M a modern drinker!” while my wife shoots me a dirty look).

No doubt I’ll be buying some of the new “Soleo” bottlings when the better angels of my nature touch the mystic chords of memory – as surely they will – while I’m standing in the whisky aisle. I can promise you two things: 1. I shall do my best to review them objectively, without the influence of my sentimental attachment to the Glenrothes of auld lang syne. 2. I will make fun of the “Soleo” name. You have my word.

Aside from all that: I’m intrigued when I notice a new independent bottler entering the scene. With the competition for casks so fierce, and the beverage giants managing their stocks with increasing parsimony, it would seem like the odds are stacked firmly against anyone trying to make a go of it from scratch. To do so would take some combination of audacity, gumption, swagger, guts, cojones… is there any language on earth which has a word for this? Ah, yes… chutzpah!

Appropriately, then, we turn to the Jewish Whisky Company. Not being a member of the tribe myself, I rang them up to find out what makes a whisky company Jewish, and what they were hoping to achieve with their Single Cask Nation series. Jason Johnstone-Yellin was generous with his time and insights, and I thank him for his input on matters consequential and deontological.

The company was started in 2011. They have had some success with their “Whisky Jewbilee,” event, which came about in 2012 when another festival was scheduled to conflict with the Jewish Sabbath. I once rescheduled my own wedding in order to accommodate some guests who were observing Yom Kippur, so I can definitely sympathize. The Jewish Whisky Company strives to be sensitive to kosher dietary restrictions, which are subject to a wide range of interpretation and implementation.

The consequences of this are twofold: First, the company provides a high level of detail about every cask (something we love here at MALT) to allow customers to make their own determinations about what they may or may not permissibly drink. Second, they are able to source casks from some producers who do not normally sell to independent bottlers, but who are looking to offer a product to the niche market of observant Jewish folks. A glance at their store shows offerings from Glenfarclas, Laphroaig, Tamdhu, and Glen Moray, among others.

For those of us unencumbered by religious prohibitions, the net result is an attractive set of single cask bottlings with lots of transparency. Whisky lovers of all spiritual (get it?) persuasions thus have a reason to join me in wishing them good fortune and mazel tov. 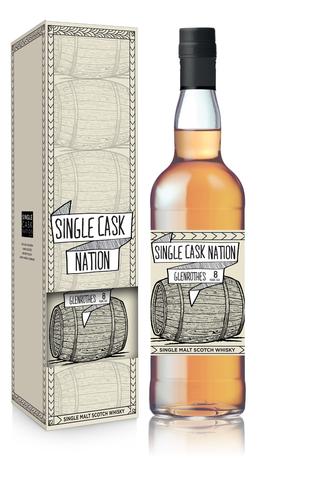 On the nose: Hefty alcohol; this almost singes my nasal hairs. Densely packed nose with kirsch, Arnold Palmer (iced tea mixed with lemonade, don’tcha know?), pine needles, and hot buttered sourdough toast. Suddenly, there’s a surprising note of green apple and a polished, woody richness, rounded off with a bit of cinnamon. Some smooth cream and custard scents, as well. Clearly a very clean sherry cask, allowing a lot of the underlying malt character to come through. The man in the hat will find nary a stray note of sulfur to sadden his digitally-enhanced orange eyes.

In the mouth: The palate is tripartite, with a waxy entry akin to a boxed chocolate sampler. Then a youthful, malty midpalate, with a piquant salty nuttiness, the sweet cinnamon note of freshly-baked apple pie, and a subtle black licorice flavor. A somewhat winey aftertaste emerges before this finishes long and nutty. Particularly in the mouth, there’s an intriguing element between the midpalate and the finish that eludes the intellect’s grasp, such that I immediately crave another sip.

Lots of complementary, balancing forces here: high quality malt matured in a good cask and bottled at robust strength. Unlike the disappointing Reserve bottlings, where the flavors get a bit muddled, this allows more of the intrinsic quality of the distillate to come through.

Another great example that age isn’t everything, as Alexandra has previously discussed in this article. This has a variegation of flavors, textures, and a complexity that you don’t normally associate with whiskies in the single-digit age range.

“Hope springs eternal in the human breast,” said either Pope or Obama, I forget who. This bottle lends reason to expect that, under new management and with a more cogent strategy, Glenrothes may be able to return to a form pleasing to both my prior 21-year-old self, and the current mumble-harumph-cough-year-old version of your humble reviewer. As for the Jewish Whisky Company: they’ve nailed one-in-a-row, and I’ll be happy to give them the chance to make it two.

Photos from the Single Cask Nation.