Let’s get one thing straight. Barley is a plant. It is affected by the place in which it grows in exactly the same way as other plants are. Honestly, the fact that I even have to write that beggars belief. I feel I’m about to start waxing Shylockian; “hath not barley seeds? Leaves? Mitochondrial genomes?”

There is a long-cultivated falsehood; a wilfully blinkered faux conviction; that whisky’s flavour begins with malting. You hear it on tours: “our three ingredients are water, yeast and malted barley”. You hear it propagated by industry bods who surely know better. And you hear it unto death from twitterati yes-folk angling for a few more samples and a job.

For starters, if it were true, it wouldn’t matter whether you had malted barley or any other grain. And the fabulous malted rye from Kyrö would be a titanic waste of time, effort and money.

Barley is the first, the last, and everything in the middle. When you buy a bottle of single malt Scotch whisky you are buying a bottle of barley. Barley which has been on a unique journey. Which has been shaped and abetted in particular ways to unfold through long pupation into bewildering panoplies of flavour. But barley nonetheless. Without barley, single malt whisky is nothing. Full stop.

Let’s not patronise ourselves by talking about flavour in scurrilous, easy-sipping, juvenile percentages. “Sixty percent is cask, twenty per cent is yeast, yarda yarda”. Whisky isn’t Tetris. It’s not flavour by Lego brick layers. You don’t pile the taste of casks on top of the taste of spirit; itself on top of the taste of yeast and the taste of malt. They’re all woven together into one harmony; flavour by reaction, by process, by augmentation. But the fulcrum, the focus and the facilitator is barley. If you put anything else into the cask, the still, the washback, the mash tun, the malt barn, your spirit would come out tasting differently. No matter how you distilled it and no matter how long you aged it for.

That you can plonk a glass of Lagavulin and a glass of Langatun in front of any novice drinker and have them recognise both as single malt whisky is purely down to barley. It is whisky’s wonder and crowning glory. It is the absolute, mind-boggling triumph of a cheap, workaday peasant grain, sown in the grim, sodden north where grapes didn’t properly ripen.

And if you can taste that single malt is made from barley, then it follows that you can taste whether the barley was good or bad. Malting isn’t some Karl Marx process of arable equalisation. Good barley, malted well, equals better malted barley than bad barley, malted well. And if the conditions in two fields differ, then so will the rates at which their barley ripens and grows. So will their state, flavour and chemical makeup at their times of harvest – however subtle those differences may be. And if two different-tasting things are then treated in precisely the same way, they will inevitably emerge at the other end tasting … well … it’s not brain surgery.

And that’s simply dealing with differences between two separate fields. Which, if they lie next to each other, are likely (though not certain) to be slight. But if we look at the difference in a farm’s harvest across two separate vintages; vintages in which water and sunlight might have varied wildly; in which frost and hail might have stolen half of the crop and buggered up the rest; in which storms might have raged all through April, or July might have produced a heatwave, or a plague of locusts might have been sent by Horus, or Blossom the cow might have stampeded through the barleyfield, off her nut on Farmer Bogswill’s secret other planting … well, it just isn’t all going to taste the same after a few days of dummy germination and some drying out, is it?

Talk to people at any distillery genuinely interested in transparency, and they’ll tell you that the taste of malted barley varies according to harvest. I happen to know, for example, certainly in a particular part of Britain, that the 2013 harvest wasn’t too clever. Which, given the state of the 2013 grape harvest in France, doesn’t surprise me.

The reason for this polemic, as you’ll have guessed from the header, is that Benromach have launched a new iteration of their Château Cissac-finished whisky, and they’ve labelled it by vintage. But, in this instance, the vintage (I believe) refers simply to the year the barley was slung through the stills. Which is of some interest, from an archivist point of view, particularly since this 2010 edition follows on from last year’s 2009, but doesn’t (I feel) give me as much information to hang my hat on as a wine-style vintage would. As Mark has said before in his excellent review of a pair of Old Pulteneys.

And before anyone starts tutting about wine being compared to whisky, I should point out that vintage-labelled cognacs also refer to the date of harvest. And nobody seems to have a problem with that. Whisky is just another spirit made entirely from a natural, agricultural product. Would it kill us to care a bit more about that product itself?

On the plus side, Benromach is a cracking distillery, as we have frequently attested, and there’s plenty of pertinent information that I can tell you about this new expression. It’s slightly peated, in line with the distillery style, and spent most of its life in first fill ex-bourbon before being decanted into barrels from Bordeaux’s Château Cissac for another two years. That’s a decent length of finish in my book; banging on the door of double maturation. Although the difference is becoming increasingly semantic. It has been bottled at 45%, and it’ll set you back £47 or thereabouts. (Which is £8 dearer than the 2009 was, and I’m not at all sure why.)

2010, incidentally, was an absolutely fabulous vintage for Bordeaux, and since I’m up to my grapes in wine revision at the moment, I thought it’d be fun to do a tasting note for Château Cissac itself too. Just cos. But the merchant I ordered from mucked up and sent me the gopping 2013 instead. As an inveterate lazybones I couldn’t be bothered to send it back, and in a roundabout, masochistic way, being irritated at getting the 2013 rather proves my point as regards the pertinence of vintages-by-harvest. A similar mixup between Benromachs 2009 and 2010 would only really irritate completionists.

(Still, as a wine merchant myself, that’ll teach me to order outside of company…)

On the nose: Classically modern Benromach nose of fusty dunnage, coalsmoke, vanilla sponge and soft orchard fruits. Less rounded than the 10 year old, but the aromas are clearer, with more crispness of definition. A touch of dark cherry and strawberry lace completes it.

In the mouth: Palate’s not as chunky in body as you’d expect, but again the flavours are well defined. Robust highland fare; coal, driftwood, vanilla. Spiced with nutmeg and chocolate. Nice, without being mind-blowing. A smatter of cherry, but it’s not as fruity; certainly not as sticky as the 10 year old. Cranberry and rose petals float amidst the smoke. 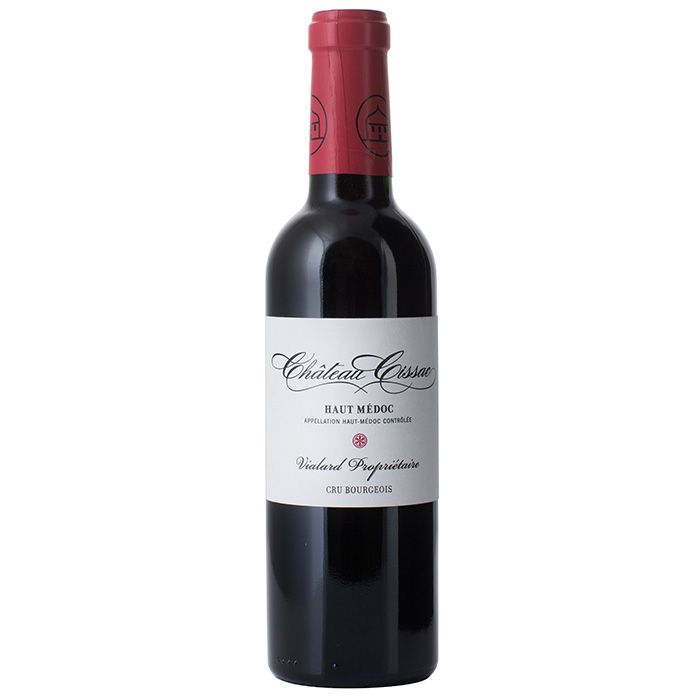 On the nose: Not especially developed, but the first flush of youth is behind it. There’s a certain herbaceous smokiness; dried oregano in front of some rather wimpy black fruit. Underripe blackcurrants. A flutter of graphite. Medium intensity.

In the mouth: Pretty austere, this; tannins are astringent and rather viciously drying; fruit is lacklustre. More red on the palate than black. Sour cherries and raspberry. A little pepper. There’s no plumpness to the body nor generosity to the flavours. Again, there’s no real development; not much complexity. But there’s nothing to suggest that the wine has any further mileage in the tank. I’ve had Cissac from other vintages before, and thought it was cracking. But the 2013, for the money, is miserly and thin. Compared to the competition at the same price, it’s one to leave on the shelf.

Vintages by distillation are only properly interesting if there was a major upheaval at the distillery that year, resulting in a dramatic change of spirit character. Insofar as I can tell, business between 2009 and 2010 ran a smooth course at Benromach. Which, obviously, is jolly good news for Benromach fans, but makes it rather difficult to understand what difference a year makes.

We don’t even know at what stage of the year this whisky was distilled. It is entirely conceivable (although, I concede, supremely unlikely) that they distilled the whisky for the 2009 edition the week before New Year’s Day, and then bashed out the 2010 as they got over their Hogmanay hangovers.

None of which means that this whisky is necessarily “bad”.  It isn’t. It’s more or less fine. Quite nice, even. It just means that vintage-dating by distillation doesn’t really tell us terribly much. And I’m also not sure why it’s almost a tenner more than last year. Especially since there’s still plenty of the 2009 knocking about. I’d save the best part of £20 and get the 10 year old, personally.

Both are better than the ’13 Cissac, mind you. Them’s the breaks when it comes to vintage-by-harvest. But that, of course, is why it’s interesting.

Sample sent to Malt on behalf of Benromach. But we retain our right to give an honest appraisal and to go off on one about vintages. 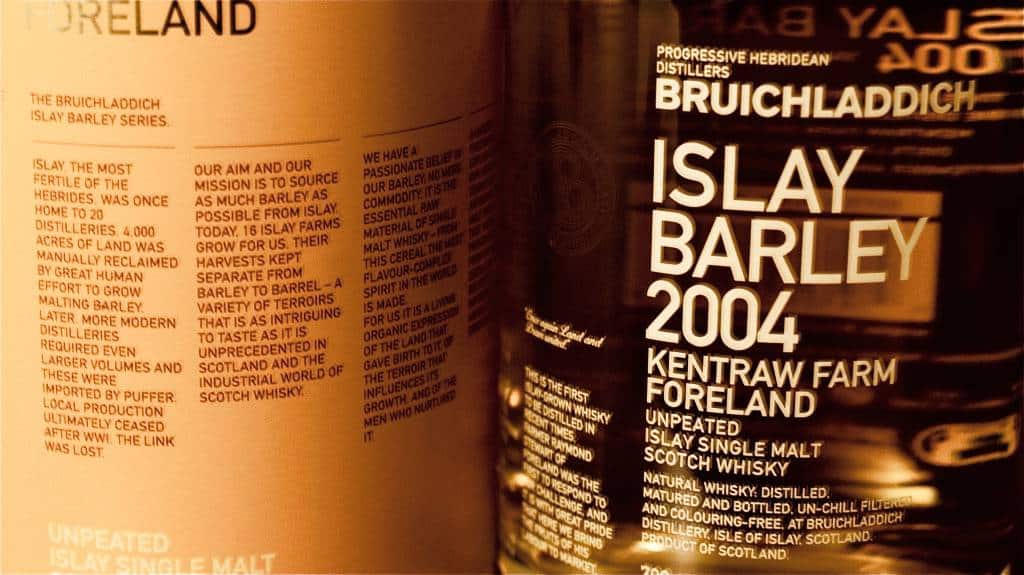