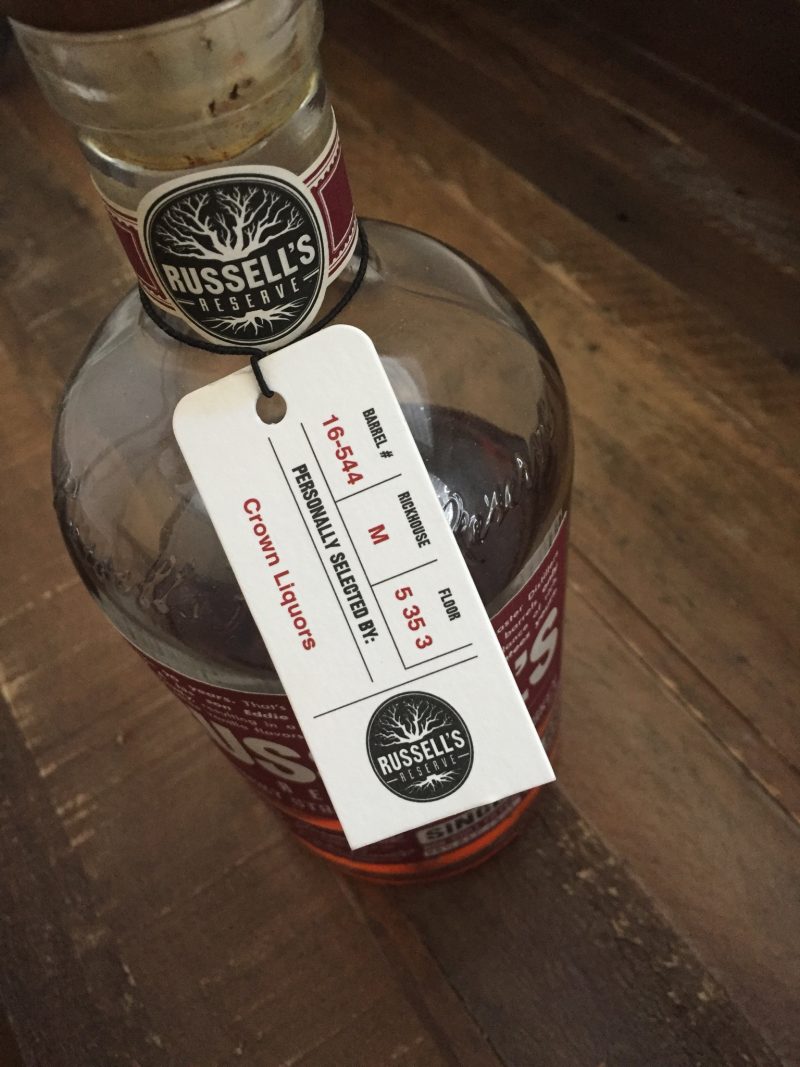 I once took part in a bourbon podcast episode in which four of us guests were assigned the role of “judges” while another participant was to act as contestant, presenting the best gems of his whiskey collection for us to rate individually and then average into a final score out of a hundred.

This was frankly an uncomfortable and strange scenario to play into as it presupposed two things: (1) that I was enabled to give a score because I am somehow authoritative on the topic of bourbon, and (2) that I give a damn what is in anyone’s collection, or judge people based on its contents (or lack of). Most bourbon enthusiasts do not have infinite pockets and a large accumulation of whiskey does not always mean that the owner is one who regularly opens and enjoys said bottles. At the end of the day though I suspect the whole role-play was really just a pretense to get together on skype, exchange some banter and laughs, and entertain a few listeners. No harm done.

Near the conclusion of this episode, after the contestant in question had finished presenting his collection and it was time for the rankings, most of my peers simply gushed at the amount of store picks shown, generally citing it as the chief reason for their high score. This was a little peculiar to me as these were store picks we were not personally familiar with. I had not tasted these exact store picks and neither had the other “judges”. How did they know that these store picks were so wonderful? Are store picks always better than their batched, widely available standard release editions? Is a store pick inherently better? 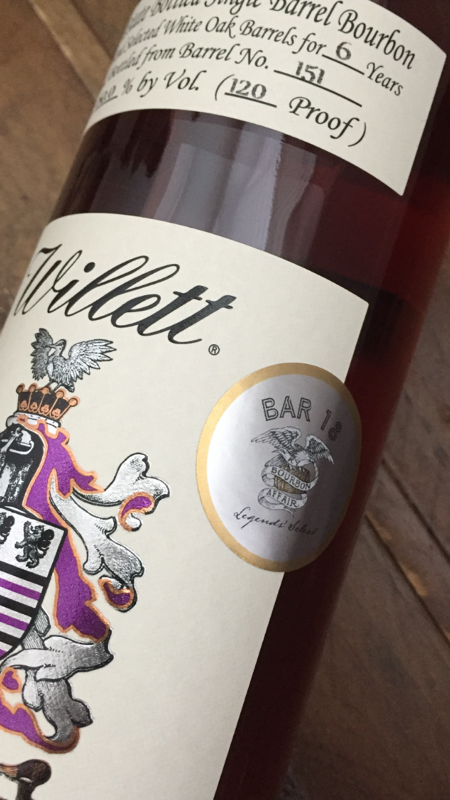 Why Private Labels are NOT Ruling Whiskey’s Black Market

To begin with, we should probably define store picks and other closely related terms such as group or society picks, private picks, and barrel picks. Private picks and barrel picks are really just synonyms for each other and mean (theoretically) that an entity other than the distillery sampled from a selection of barrels of the same whiskey and ultimately chose one of these barrels to purchase, bottle and subsequently sell or distribute among a group. Private or barrel picks can either be single barrels chosen by a store (store picks) or by a group or society of whiskey enthusiasts (group picks). And if that was too straightforward, sometimes stores will even ask a group or a recognized bourbon personality to be part of their store pick, resulting in a collaboration of sorts which may be wise if the store is not confident in conducting their own barrel picks. All these terms can be confusing and are often used interchangeably but please, for heaven’s sake DON’T CALL THEM PRIVATE LABELS!

An article was recently published on Punch Drink titled “The “Private Labels” Ruling Whiskey’s Black Market” discussing the growing popularity for private barrel pick labels, or stickers as you may call them. A number of whiskey groups have been affixing some seriously fantastic aftermarket labels on their barrel pick bottles and it’s been causing quite a frenzy online. I’m not going to pretend that I don’t harbor extreme jealously towards those who were able to snag the ‘Haters Gonna Hate’ Russel’s Reserve Single Barrel Bourbon with the unicorn label or the Barrell Bourbon ‘First Flush’ which depicts the dapper Planter’s Mr. Peanut pooping into a jar of peanut butter or even the Knob Creek ‘You’re My Boy, Blue!”. Anyway, the content of the article is perfectly fine and sheds light on a playful new trend; however, the misuse of the term ‘private label’ makes me irrationally annoyed. These aren’t private labels. They are private barrel pick labels. Private label would denote that the whiskey was sourced from one company but sold under the brand name of another. These private barrel pick stickers do not obscure the fact that it’s Russel’s Reserve or Buffalo Trace or where-ever-it-may-be, you see?! I’ll step off my soapbox now.

I’d also like to point out the great labels a local bourbon group called the Indy Degenerates have made for their Russel’s Reserve Single Barrel and Old Weller Antique 107 picks. Many thanks for allowing me to use their picture in this article!

One of the more common and possibly least imaginative reasons why some people clambor over each other for store picks is simply the novelty aspect. A store pick is unique from its mass-produced standard release version found everywhere because it is exclusive, typically quick to sell out, and part of a limited quantity (~150 bottles per barrel). Many collectors use store picks as a way to distinguish their collection from other collections, along with other limited edition releases, distillery exclusives, and various unicorns. And God forbid you come across a ‘short barrel’! The mere mention of short barrel (a barrel that is only able to fill approx. 80 or less bottles) will have many bourbon hunters foaming at the mouth.

This is not to say that there aren’t also more thoughtful and substantive reasons for attracting towards store picks. Some bourbon enthusiasts appreciate that single barrel expressions allow them to experience the full range of nuances that can be found in a particular product line. The nuances which have (arguably) been neatly blended away in favor of consistency in the batched standard offering on the shelves. And by the same token store picks can impress upon the consumer an appreciation for the task of marrying barrels that may differ wildly in profiles to create a consistent and recognizable product time and time again. Seasoned store pick seekers will tell you that single barrel expressions can be incredibly unpredictable with their potential soaring well above the standard release, or conversely, well below. Store picks are, frankly, a gamble unless you find an establishment that has earned a reputation for consistently selecting excellent barrels that cater to your preferences.

Another alluring draw for barrel picks is that they can sometimes offer features above and beyond what its standard release counterpart has, such as non-chillfiltering, being cask strength, being of a higher age statement, or having an extra cask finish. Take Old Weller Antique 107 (OWA) standard release for example. Regular OWA on the shelves (haha, like you’ll ever find it on the shelves anymore) is chill-filtered; however, if you are lucky you may come across a NCF OWA store pick sometime. Side note: I would like to point out that Dad’s Drinking Bourbon made a valid point in a recent podcast about the store picks with higher age statements. It is possible that barrel picks with higher than usual age statements were possibly rolled out for the respective distillery’s private barrel program at the same age as the regular releases you normally see on the shelves but was passed over so many times by groups and stores that it eventually acquired a higher age until some poor sucker claimed it.

Let’s not also forget the irresistible experiment Four Roses has presented to us through their single barrel selections. The Four Roses distillery utilizes two different mashbills and five different yeast strains which equate to ten different combinations, or ‘recipes’, to be collected and compared against each other. Who doesn’t want to try them all and compare yeast strain to yeast strain and mashbill to mashbill?! Yes, there are other variables that contribute to the differences in each bourbon but that doesn’t seem to significantly dampen the appeal for most people. Some enthusiasts go so far as to hunt bottles from a particular warehouse, like warehouse ME for Four Roses or warehouse D for Russel’s Reserve. Personally, I do not subscribe to the idea that magical warehouses exist but to each their own. After first writing this article I was told by our local bourbon honey hole that Four Roses single barrels will become harder to come by. The distillery used to allow up to 6 store picks a year but has decreased that to only 2, at least for some establishments. 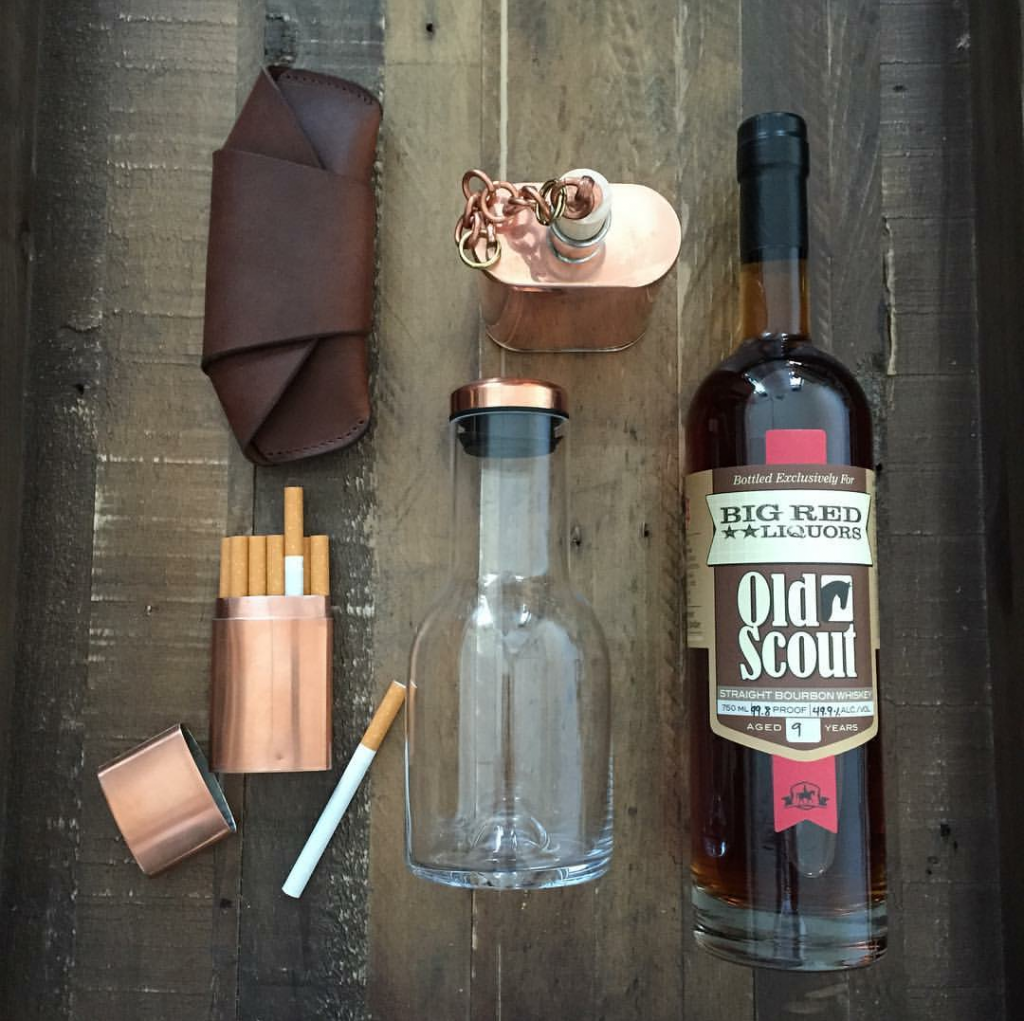 Selected By vs Selected For

There are obviously drawbacks and risks associated with pursuing store picks. Firstly, there is a difference between selected BYand selected FOR. Some stores simply have the distillery pick a barrel for them and send it over which can be a little misleading for the consumer who may assume that the store had a more personal and thoughtful approach to the barrel selection. Not all store picks involve the store’s personnel traveling to the distillery in question, sampling barrels, and selecting “the best”. Additionally, some store picks may be the result of a distributor presenting the store with three-or-so mediocre or flat-out poor samples and pressuring store management to pick one. Once again this does not entail a trip to the distillery. All reasons why it behooves you to ask the store their process of selecting a barrel.

Self-proclaimed whiskey consumer advocate Wade Woodard of Tator-Talk presents another interesting and unflattering supposition about store picks that we will call the Reject Theory. Depending on the distillery in question, 5-10 barrels are rolled out and set aside at a time for their barrel pick program. A group comes along, samples the barrels presented and decides on one of those barrels. The chosen barrel is set aside and a new barrel is rolled out to replace the one recently taken out of circulation from the distillery’s barrel pick program. And so the cycle repeats itself as each subsequent group must select a barrel from the preceding group’s rejects. Now as we mentioned earlier some stores do not actually visit the distillery or even have samples sent to them. They may just ask for the distillery to send any old barrel over. Wade’s theory is that these stores will often be sent the barrels which have already repeatedly been rejected by groups.

Now one astute commenter to this post pointed out that many distilleries actually have assigned a tasting panel, or even the master distiller, to approve which barrels can be part of the private pick program, and this is a good point; however, that’s not to say that even your favorite master distillers haven’t released a disappointing whiskey at some time in the past.

So you’ve been presented with the pros and cons of store picks and ultimately decide you’d like to pursue purchasing a few. Where to start? Firstly, realize many liquor stores will charge a premium for store picks, especially as their popularity continues to increase. Take the steps to be an informed consumer and ask their process of selecting barrels. Second, ask for samples. Most liquor stores will have a bottle behind the counter to sample from, so no need to take a leap of faith and hope they did a good job. Third, build a relationship with the establishment. Store picks can sell out within hours or even minutes, particularly if the shop has built a reputation for great picks. Barging in and demanding the latest pick probably won’t get you very far.

Now fellow readers, if you happen to acquire some sweet stickers, perhaps one with Will Ferrell on it, please remember your humble author and send one over.