The season of spending is almost upon us. Uncontrolled enthusiasm for being generous and boosting the sales of companies across the world. For the whisky industry, it represents a peak period with a dominant percentage of their sales stemming from this time frame and in the run-up to Hogmanay.

Have you been good this year? That old chestnut. Where your behaviours determine whether you’d receive a lavish gift or just something slightly more modest. I’m always in the bad zone so I’ve never really tried to change my ways. As the years roll by, you appreciate the simpler things in life. An ok bottle of whisky and the opportunity to spend time with family and friends over the festive period. Simple pleasures to be appreciated as the years roll by.

You no longer need that large crane you dreamt of as a kid and in reality, ate batteries at a ridiculous rate. Nowadays you’re far more entertained and I’m fine, I really am, with that bottle of Glenfiddich 12. Thank you.

In economic terms with this bountiful fever for extravagant gift-giving, it makes corporate sense to reveal a premium range or a revamped makeover. Step forth Gordon & MacPhail with their new look Private Collection range. To celebrate this occasion the members of the Urquhart family have selected 2 casks from the 8th wonder of the world, the Gordon & MacPhail maturing inventory.

In a way, I find it somewhat odd that you would pick an Inverleven and Glenrothes to launch the new look range. Neither are blue-chip distilleries or cause speculator fever amongst the secondary market junkies. However, on the other hand, it is refreshing that other distilleries are given the spotlight and opportunity rather than just another Macallan or Highland Park. It taps into the ethic we’ve seen with the Connoisseurs Choice range that every producer is treated equally.

Glenrothes has a staunch legion of fans who do enjoy deviating from the norm and remain entertained by a sherry or well-implemented wine cask. I actually prefer the oddity nowadays of an ex-bourbon maturation, a cask that showcases a different dimension to the distillery seen recently in the Cadenhead’s 1996 21 year old. Whether or not they’d stump up cash for a luxurious edition from their favourite distillery remains to be seen. The price for the Glenrothes is recommended at £1250 and I have seen the Inverleven pushing nearly £1000 at retail.

Yes, you read that right. Nearly £1000 for a 33 year old Inverleven, which on paper seems very optimistic to put it kindly. Inverleven has never attracted much attention and I can remember the days when Gordon & MacPhail releases sat on the shelves for extended periods. Their inability to move wasn’t down to the asking price – they were fairly cheap at the time – or the quality of the liquid. Rather no one really knew much about Inverleven or cared.

I’ve always enjoyed what Inverleven’s I’ve had, although there is a sense that they would have benefited from longer in the cask and a higher strength. The distillery itself was another of these distilleries-within-a-distillery ideas that took root in the 1960’s. Blenders loved the idea of flexibility and having all your eggs (or stills?) on a single site. This made some sense at the time and history is repeating itself with the Girvan complex.

Inverleven was ahead of the pack, being established in 1938 by Hiram Walker on the giant 15 acre Dumbarton grain complex. Little expense was spared as the Canadian giant stepped proudly into the Scotch whisky realm. The Dumbarton site would boast redbrick buildings of a giant grain distillery and warehousing on a massive scale that dominated the area. Inverleven in comparison was a small scale operation compared to the grain facility and only boasted 2 stills throughout its lifetime. A 3rd was added in 1956 but this is separately classified as Lomond when it comes to whisky; arguably one of the rarest whiskies in existence. The single Lomond still now lives in captivity in Bruichladdich where it makes gin. A terrible fate and I suspect most Botanist drinkers don’t know the whisky heritage to what they are drinking. Kudos however to Bruichladdich for saving an important piece of distilling history. Those resourceful chaps at Bruichladdich struck a deal with the demolition team and managed to save both Inverleven stills that now reside at Waterford distillery in Ireland. You can read all about it via the Waterford Inverleven stills page.

For Inverleven, most of its output went into blending, but thanks to independent bottlers such as Gordon & MacPhail, we have had over the years, the opportunity to experience this overlooked distillate. The stills themselves worked extremely hard and were replaced and remodelled in 1972. The distillery itself survived until 1991 when the Allied Distillers took over the complex and deemed it surplus to requirements. No more Inverleven would flow except when you open a bottle or sample…

In the mouth: Not as forceful or flamboyant as expected. It doesn’t linger on the palate with a thin watery texture that transfers into a light finish. A sense that the wood has overstepped the mark. More dark chocolate, black forest gateau with a fruit loaf vibe.

On the nose: punchy with sour apples almost cider-like, lemon and green olives. A harsh vanilla aspect and golden syrup. Some grapefruit and pineapple cubes from old times with a cottage cheese freshness, resin and pine cones.

In the mouth: Buttery apples and a vanilla custard. Robust flavours that last and are from subtle. Giving this whisky a bold definition but not a layered perspective. A creamy aspect, rich tea biscuits and a gentle buttery popcorn finish.

Neither of these whiskies really live up to the lavish billing of the Private Collection and their asking prices. Given a choice I prefer the Inverleven, although by design it is a fairly safe distillate intended for blends. The whisky here feels more alive and punchy. Whereas the Glenrothes feels tired and over the hill – only saved by that interesting nose.

The safe tactic is to say that these are very good whiskies and give out some meaningless mark. That way, I don’t jeopardise the opportunity of receiving another freebie in the future. However, the reality of the situation is neither the Glenrothes or Inverleven are exceptional offerings, nor could I dish out an inflated score. Then meet someone in the future who has spent their hard earned cash on a bottle and was disappointed. This is where it is easy to hide behind the 100 point scale that gives the illusion that almost all whiskies are pushing towards 90. In addition, both whiskies have been deducted a mark for the recommended retail price with the Glenrothes almost dipping onto a 5.

Overall, the Connoisseurs Choice outturn offers more value and the better whiskies. The Private Collection will have another chance to shine I’m sure.

Photographs from Abbey Whisky and my thanks to Gordon & MacPhail for the 1cl samples of both of these releases. 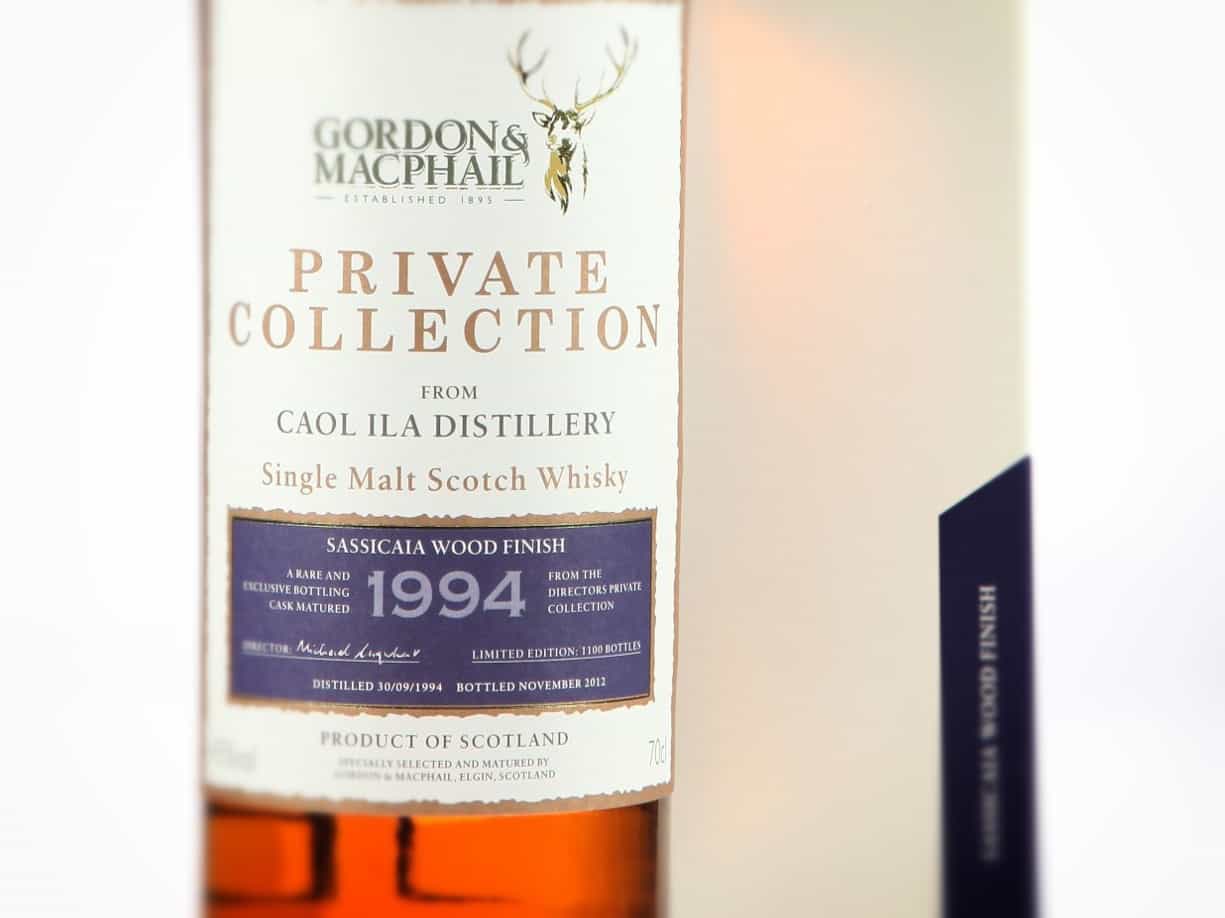