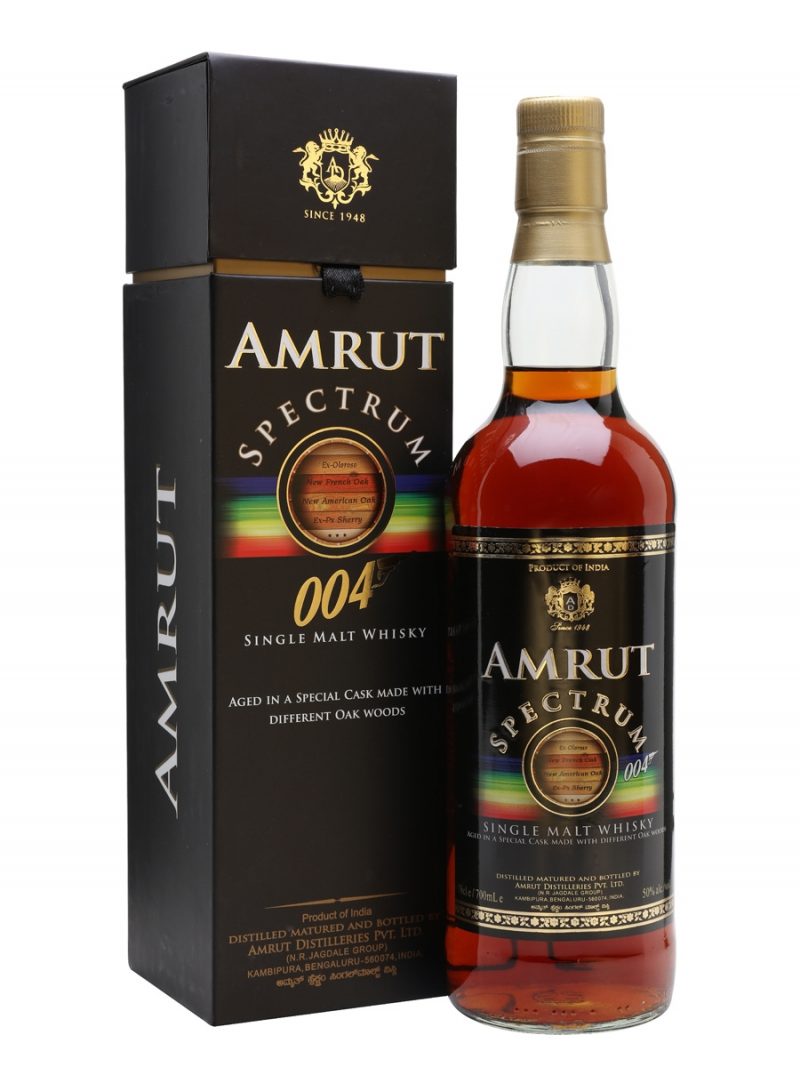 I wonder how Amrut Spectrum would have sold, had its PR read thus:

“Amrut Spectrum came into being when our distillery bods – who like a laugh as much as the next bloke – thought it’d be awfully jolly to take a bit of the standard issue ex-bourbon juice, and slosh it into this utterly bonkers Jigsaw barrel they’d had made for the sheer damn hell of it.

“Speaking from Amrut, the head distiller commented, “yeah, we had the barrel made just cos. And then put the whisky into it to see what’d happen. Not really our problem what marketing do with it after that.”

The pooterishness and hauteur of press releases becomes more risible every year. I suppose it’s a thankless job. Just think of the poor souls; flossing up a farcical conga of flash-in-the-pan finishes, last-minute gimmickry and indefensible prices. And I almost salute the audacity it must take to describe botching together a multi-ethno, organ-donated, schizophrenic stave-puzzle of a cask as some sort of pioneering exploration of maturation’s kaleidoscopic possibility.

But this magical patchwork freak-barrel of Amrut Spectrum’s surely has to be the apogee of oak-zealot nuttiness. The thick end of the baseball bat with which the singularity of a whisky’s character is so ubiquitously mugged. Let’s count the staves: Oloroso sherry, Pedro Ximenez sherry, virgin French oak, virgin American oak. A thuggish quartet of the biggest, most wallopy, fat-bottomed malt-squashers, assembled devil-may-care, like the Avengers, whether they want to work together or not.

No one galloped into Amrut one day, waving lab results, squeaking “Eureka” and claiming to be clutching the magic beans of quality revolution. They just commissioned the most active barrel they could possibly imagine, wrung it of lignin, vanillin and raisiny wine like a garroted sponge, and hawked it as hard as they possibly could on the wave of the “it’s all about wood” piffle. Because God forbid that a premium Amrut whisky should actually taste like an Amrut whisky. Not when the flavours of Quercus Miscellaneous are so much easier to yap about.

Unrestrained sprinting for colour and overt oak comes far too often at the expense of real distillery character. Which ought to be the only reason to buy an Amrut in the first place, as opposed to simply knocking back whatever is the cheapest thing on the shelves. Don’t get me wrong; I applaud a bit of active wood. But let’s not pretend that this barrel was constructed for any reason but to pummel the malt with as much force as possible.

This isn’t harmonious, sympathetic blending across a variety of casks to reach a more profound and satisfying whole. It’s just a cacophonous tintinnabulation of full-throttle oak frottery. Wood-addled what-if-ishness. Which would be excusable, and a bit of fun, if it wasn’t done to the sole, gimlet-eyed end of sneaking manufactured zeroes onto the whisky’s price.

I’ve seen a dozen different rates for Amrut Spectrum, ranging from about £150 to well over £300. This one is edition 004; since that’s largely been hoovered up at retail, you’ll have to head to the auction sites. Where I imagine £300 will be the least of your worries.

On the nose: A heady and exotic blend of wood and spice and dried fruit. Very beguiling. Clove and aniseed and nutmeg entwine with cigar box, saddle leather and dried cranberries and apricots. Intense without being overwhelming, and very complex.

In the mouth: Sweeter and spicier than the palate, initially; ginger, chilli, muscovado and sandalwood. And then in crash waves of juicy mango and apricot – again exotically spiced with dried orange peel, black peppercorns, dark chocolate and light char. Coaldust even. Balance, complexity and length are all outstanding. It’s even better than the nose.

I’m getting another aroma – what is that? Ah. Yes. It’s the smell of piss all over my chips.

This is so irritating. A ridiculous mutant barrel, a nonsense, all-oak PR, a whacking great premium … and it’s ended up an utterly outstanding whisky. They couldn’t possibly have known it would turn out this way, when they chucked it into their oaky chimera, but it has. They’ve pulled it off.

However (he spits through a mouthful of sour grapes) it is a marvellous whisky not because of Victor Frankenstave, but because it was a big, complex, brilliantly-made malt to begin with, and has been further enhanced. The stars of the show are those waves of dried and tropical fruits; garlanded and abetted by the nuances of the four-oak cask.

The oak hasn’t made this whisky. It has complimented and ameliorated it. Which should always, always be the point. Spectrum succeeds because of every part of the process, and because of every year that it spent maturing in its particular climate. Not just because it ended up in a barmy wooden sleeping bag for the second half of its life. However, succeed it most certainly has done.

Despite the cost, if you see this whisky and can afford it, you should buy it on sight. It is probably the best Indian whisky I’ve tasted.

Featured image from The Whisky Exchange. 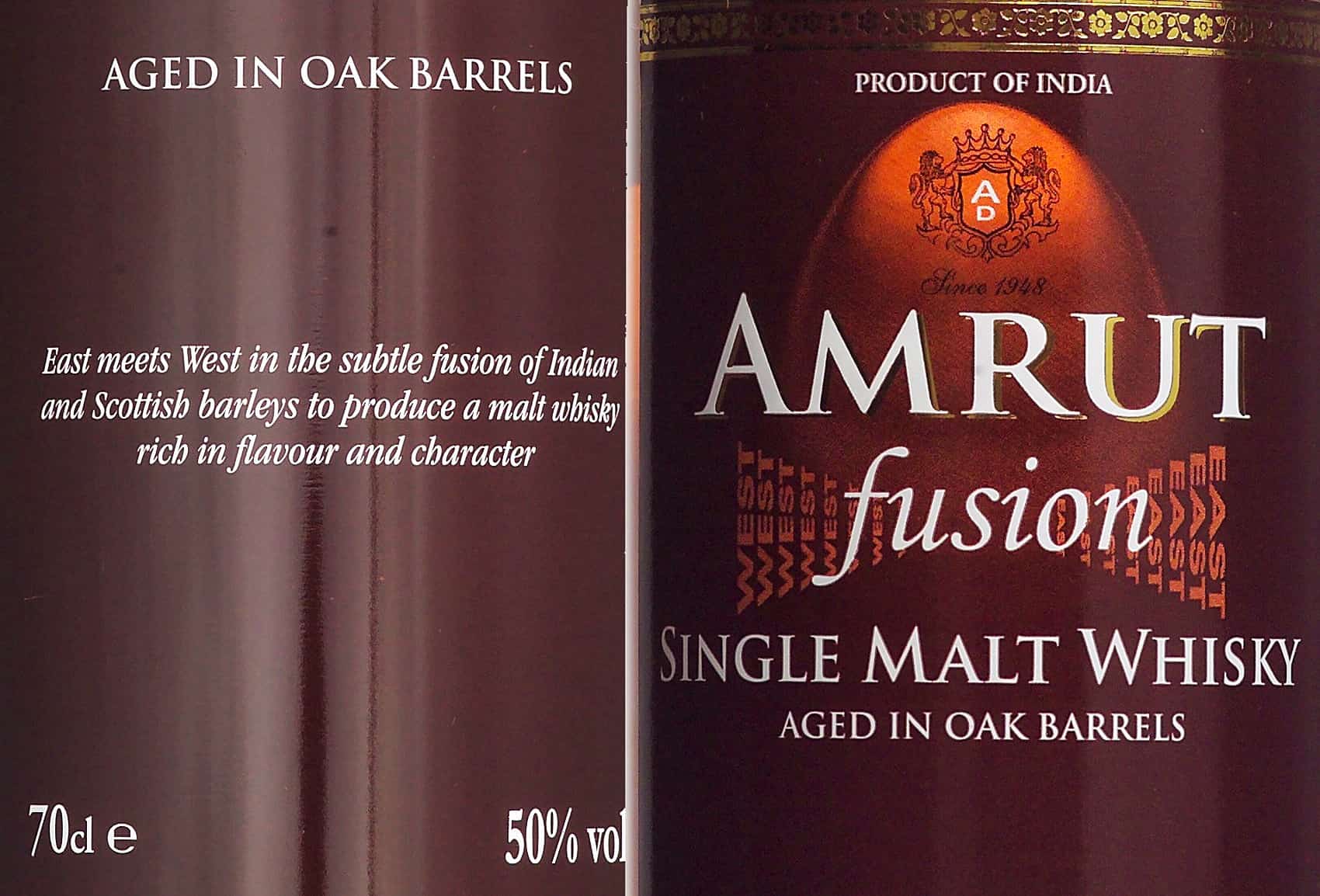