I recently reviewed a very pleasant 8-year old Glenrothes from the Single Cask Nation label of the Jewish Whisky Company. During their swing through Chicago not too long ago, I was able to visit with company founders Joshua Hatton and Jason Johnstone-Yellin ahead of their Whiskey Jewbilee event. While chewing the fat over a few drams of theirs (the subjects of today’s review), I was able to learn a bit more about their company and selections.

Joshua and Jason make several trips to Scotland annually, utilizing brokers to find appealing casks of this and that. On the side they dabble in world whisky, rum, mezcal, and other exotica. With their noses and palates as their guides, they bottle a reasonably broad range of spirits. The uniting factor across their offerings is that (to inform their observant followers endeavoring to keep kosher) the cask types and maturation periods are meticulously documented, available for all to see.

As a whisky nerd or geek or dweeb or dorkwad or whatever, this is immensely gratifying to me. No, it doesn’t necessarily matter a whit whether a cask was filled with distillate from November (rather than October) of a given year. However, the commitment to transparency allows me to make a better-informed assessment of where the aromas and flavors of a given dram might have come from.

In addition to gaining access to casks from some distilleries that one seldom sees bottled independently, the company is able to embrace all the esoteric weirdness that the vicissitudes of fate throw their way. While the first bottle considered here is more or less 250 yards down the middle of the fairway, the second is a time-traveling alien visitor from another dimension.

Given the success of the comparatively young Glenrothes I enjoyed, I was keen to have a taste of their 20 year old bourbon barrel from the same distillery. This Glenrothes was distilled in December 1997, matured in a refill Bourbon Hogshead (#259) and bottled in December 2017, 20 years old, at 52.9%. 216 bottles were produced. It is available at a local retailer for $190.

On the nose: Lots of malt, freshly-cut flowers, some creamy warmth, honeysuckle, mint sprigs, and the warming savory aroma of chicken broth.

In the mouth: The palate starts with a tight stoniness. This has a soapy texture at midpalate, with more mineral notes and a tartly citric accent. There’s also the very faint flavor of underripe Bartlett pear. The whisky lingers briefly with some pure green chili pepper heat.

Very austere, in contrast with the more generous flavors of the 2007 Oloroso cask. Both are malt-driven, which is an attractive feature given that the official bottlings tend to lose the intrinsic nature of the distillate under muddled layers of casks. Still, I like this a bit less than the 8 year old sherry cask, particularly for the price.

The second bottle comes from a distillery you are likely unfamiliar with but whose whiskies – paradoxically – you have probably tasted many times. This distillery has a tumultuous history, mirroring that of North American whiskey more broadly.

Lawrenceburg, Indiana sits across the Ohio river from the city of Cincinnati. The Rossville Union Distillery was built there in 1847. It was purchased by Canadian beverage giant Seagram in 1933, as the company settled their residual legal liabilities from Prohibition and prepared to commence commercial activities south of the border. It was rechristened the Jos. E. Seagram Lawrenceburg Plant.

Seagram was a victim of its own success. The company, flush with cash, underwent the aimless empire building of then-CEO Edgar M. Bronfman. Ill-fated forays into oil, petrochemicals, record labels, and movie studios resulted in Seagram’s breakup in the late 1990s. The beverage business (including the Lawrenceburg plant) was sold to Pernod Ricard. On the verge of being mothballed, the Lawrenceburg plant was subsequently sold to an offshore financial buyer which promptly went bankrupt, and which sold the distillery to current owner Midwest Grain Products (now MGP Ingredients) in 2011.

The current enterprise is called “MGP of Indiana” and produces straight whiskey for Diageo’s Seagram’s Seven Crown blend, which your uncle mixes with 7 Up (at least mine did, God rest his soul). It also – not uncontroversially – produces the spirits bottled as Angel’s Envy, Bulleit Rye, George Dickel Rye, High West, and Templeton Rye, among others. Recently, they’ve started producing their own Straight Rye Whiskey under the Rossville Union brand.

This whiskey was distilled in 1993 under the Seagram’s regime. Little information is available about the whiskey other than it was nearly 100% corn, column-distilled to 94.5% and matured for 25 years in an American oak cask (#3) before a few months’ finishing in an ex-rye cask. It has been bottled at 60.3%.

In the mouth: Starts with more sweetly spicy flavors, blooming into a full-on warmly woody note at midpalate. More of the sticky-sweet nutty flavors of pecan pie; this might be the perfect Thanksgiving dessert dram. There’s a spray of lemon juice before this sits immobile on the back of the tongue, with lingering flavors of candied lemon peel and baking spice.

To quote Jack Skellington, “WHAT! IS! THIS?!?!” Astounding, incredible, chock-a-block with insane flavors that conjure memories of things I haven’t tasted in decades. It’s so dense and yet un-grasp-able, with each aroma emerging from the mists of time and then disappearing like Brigadoon. Beyond comparison to anything I have ever experienced, I have no frame of reference for this delightful oddity. It’s not quite perfect, but it is very, very, very, very, very good. 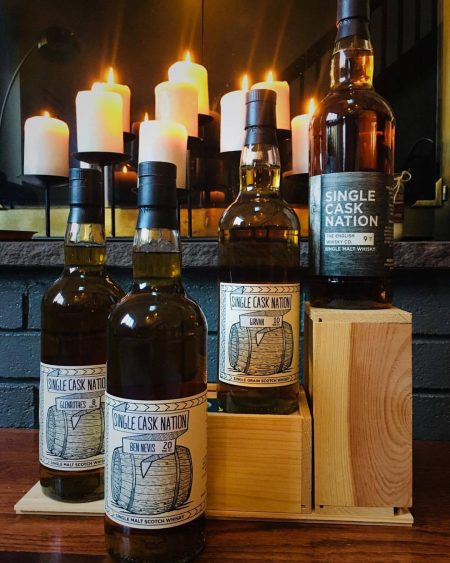