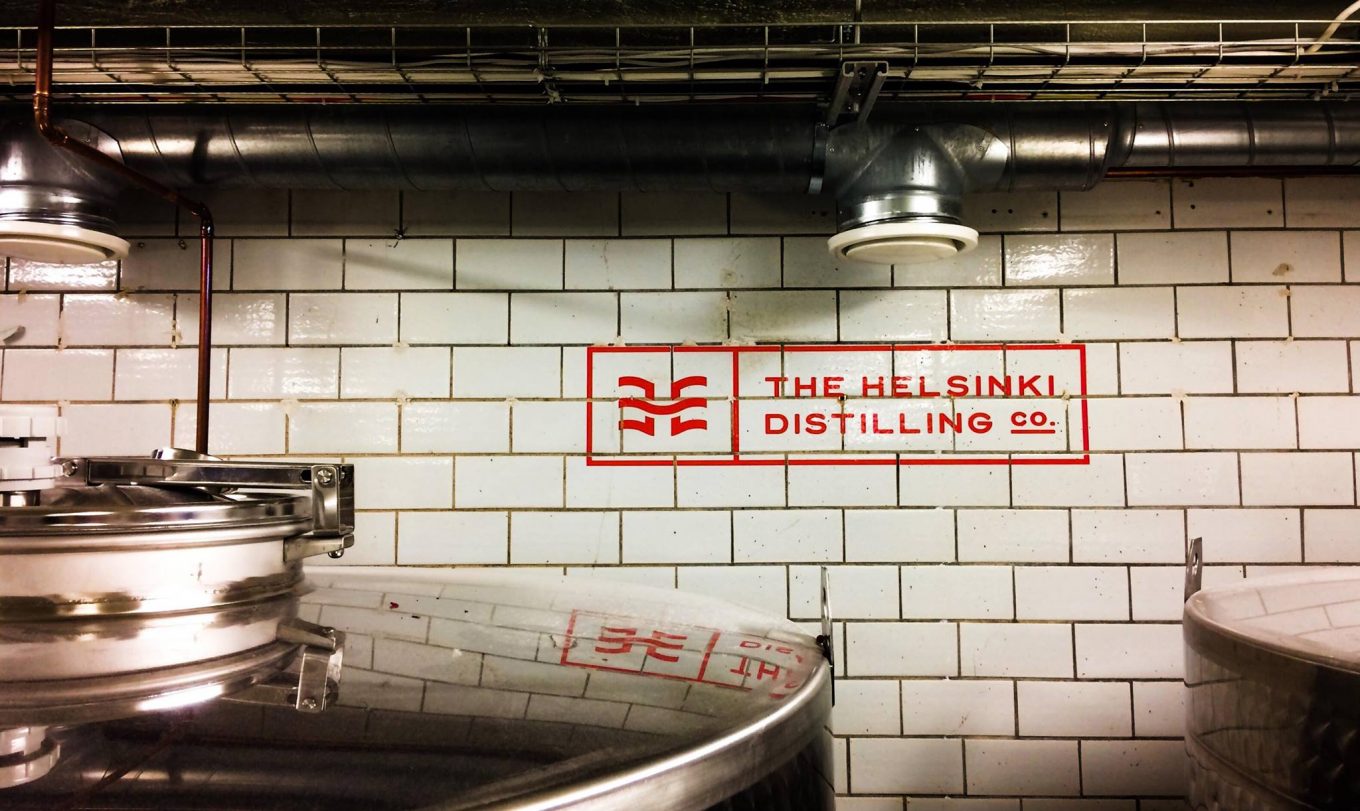 Never mind the hipsters – rye is exciting. In fact it’s the most exciting whisky style in the world right now. No – I won’t have any muttering at the back – it is.

I’m not saying “best”, you gather. I’m not even saying “my favourite”. Gun to my head I’d pick single malt over rye faster than I could question why you’d needed to be so violent about it. But, whilst single malt’s global revolution is all very wonderful, and whilst distilleries like Langatun, Westland and Waterford are setting new standards for single malt production values, rye is transforming entirely; blossoming; pupating.

Every country – no, every distillery – that turns its hand to rye is finding a fresh way to skin the cat. From  single-estate Belgrove in Tasmania to Kyrö’s ripe, unctuous, malty bombast; from the intense fruit of Millstone to the searing lignin hit of Adnams; from floral, peppery Lot 40 to the mouthcoating, caramel-drenched staples of Kentucky.

Just fifteen years ago, almost any rye you’d find would have aged in virgin US oak or (if you were in Canada) possibly ex-bourbon casks. 100% rye-recipe whiskies were thin on the ground indeed, as were pot still ryes, and the grains were almost never fully malted. You’d never see rye of any kind on UK supermarket shelves, and to buy something worth the name made outside the USA you’d have to make the trip to wherever the distillery in question was. Even Canada didn’t send much of their stuff over. (Indeed, on the whole, they still don’t).

But whilst the whisky itself has crescendoed and transfigured, the way we actually talk and write about it really hasn’t moved on much. And I’m absolutely culpable. Looking back through my notes, there are an alarming number of “classic rye noses”… despite the fact that there’s really no such thing these days. “Classic rye spice” is another one – and that’s the biggest cliché of the lot. We’re conditioned to think of rye as the searing, spicy whisky, and occasionally it rings true. But what does “spicy” actually mean? And does it really apply to every one of the hundreds and thousands of unique, individual whiskies being made around the world today? Of course it doesn’t.

At a tasting in December, the founder of the British Bourbon Society remarked that his eyes had been opened to the astounding worldwide breadth of style and quality that’s now available. Coming from the head of the biggest bunch of rye addicts east of the Atlantic, that’s quite a statement. And he’s absolutely right.

January is the month when we look at our bad-toothed, rotten-livered, pudgy selves in the mirror with a withering, merciless eye, and insist that we’ll make changes. So here’s mine: in 2019 I want to write less boringly about rye. To dig up more bottles and more styles from more countries, and see what makes them really tick.

And where better to start than Finland – a country where rye is about 97% of the diet, which eats more than it manages to grow, and where fabulous rye whiskies are made in saunas by naturists? Indeed this is the first Finnish rye we’ve covered that hasn’t been put together by the bare-arsed boozers of Isokyrö. Instead it’s wrangled by the Helsinki Distillery Company, whose website doesn’t hint at so much as a single uncovered cheek. Prudes.

I’m afraid there’s only so much I can tell you about their processes. The website says that it’s made with “local Finnish grains, pure Finnish water and heaps of love”. All jolly pleasant, I’m sure, but personally I’d rather read that it was made with x variety of rye, y strain of yeast and z length fermentation … and how that all translates into flavour.

I can tell you that it was the distillery’s second rye release, was made with 100% malted rye, and that the two casks used were virgin French oak from the Allier and Limousin forests, much beloved of the wine and French brandy industries. They were 28 litres each, which is about the same capacity as the back pocket of a large pair of trousers. 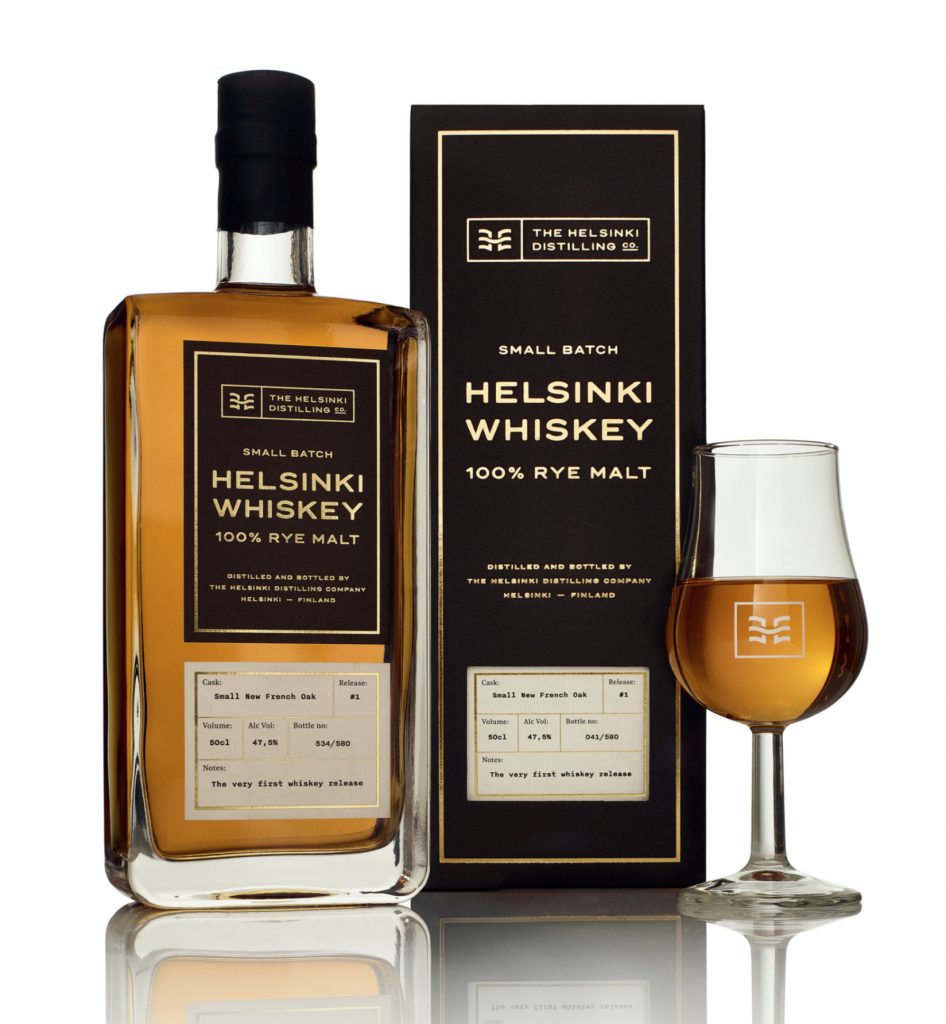 On the nose: Can you review a Finnish rye without comparing it to Kyrö? Probably … but I’m not going to try. This Finn doesn’t have the same richness or depth. What it does have is a dusty rye grass and toast character. (I’m not going to say “classic”, I’m not, I’m not.) Branflake, sawmill, caramel and candied nutmeg. Simple. Pleasant. Medium intense.

In the mouth: Hmm. Sweeter than expected, but a pronounced dusting of white pepper spice keeps things balanced. Middle-lightweight body that shows more of the malt. Chocolate. Coffee. Almost toffee. A flutter of strawberry laces, then back to black pepper along a grippy, drying finish. The wheel has not been re-invented.

Hardly the leap into blissful uncharted territory I was hoping for. My flabber has not been gasted. In Taylor parlance, I was very well aware of where I ended and the whisky began. You can get much the same experience for a lot less money elsewhere. It has the feel, perhaps, of a new distillery doing safely similar things to a lot of the older contingent. The sort of thing that shows up “craft distillery” for the clunky, disingenuous umbrella term that it is.

In short, there’s nothing bad about this whisky. There’s nothing to actively dislike. But you could say the same thing about Victoria sponge, the Ford Ka or Hereford. As proof that rye’s the most exciting whisky style at the moment, I could have picked a more convincing example.

Big thanks to Ireland’s Worst Journalist™ for parting with such a generously-sized measure. 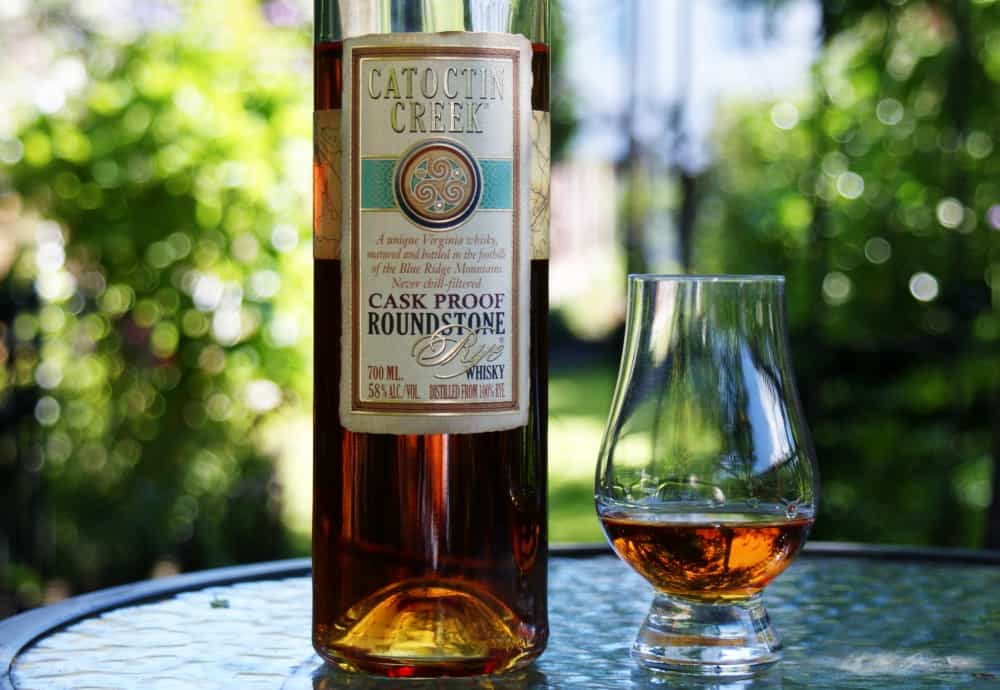