Prohibition, defined as the time from 1920 to 1933 when it was illegal to manufacture, sell or transport “intoxicating liquors” in the U.S., is generally considered in hindsight to have been a terrible idea. Born of a Protestant nativist attack on the culture and traditions of socially and politically ascendant Catholic immigrants, it produced fresh miseries which merely supplanted those others it was supposed to eradicate.

The outsized profits accruing to violent criminals from their illicit distilling funded a wave of urban terror that has become the stuff of legend. That the latter part of this period coincided with a global economic depression and all its attendant privations means this era is marked as an especially bleak one in American history.

And yet there is a strange fondness for this time and its tropes that seems to only increase as it becomes more temporally remote. In my hometown of Chicago, you can take a gangster tour of mob hit sites in a bus painted with trompe l’oeil bullet holes. The hippest of bars (New York’s Please Don’t Tell, or Chicago’s Violet Hour, to name but two) pattern themselves after speakeasies. Insider knowledge of passwords and secret entrances – a phone booth inside a hot dog joint, in the case of the former – are required to gain admission. December 5th, now known as “Repeal Day,” has become its own holiday, with revelers encouraged to exercise our constitutional right to imbibe.

If Prohibition looms large over the American drinker’s psyche in a general sense, then some contemporary distillers of whiskey have a borderline-psychotic obsession with it. There’s a craft spirits producer named “Prohibition,” a bourbon named after a prominent bootlegger, and another especially unpleasant bourbon called by speakeasy nickname, to name but a few examples at hand. Templeton leans particularly hard on this connection, with fedora-clad men on its label and its “Bootlegger’s Society” fan club. It works the other way, as well; FEW uses the initials of an early prohibitionist as its moniker. Cocktail bar Billy Sunday takes its name from the teetotal evangelist preacher immortalized by Frank Sinatra as the man who “couldn’t shut down” roaring Chicago.

The paradoxes embedded in all this are a veritable M.C. Escher drawing of logical dead ends and mental Möbius strips. Far from being a golden era of whisky production and consumption, Prohibition was a bleak time in which the honest distillers were forced out of business under pain of imprisonment. This left a void filled by disingenuous rogues who distilled in repurposed automotive radiators, inducing lead poisoning in their customers as an unfortunate side effect. One imagines that any producer trying to emphasize the integrity of their process and the quality of their product would, if anything, try to disassociate themselves from Prohibition.

So why is Prohibition still the go-to source of readymade historical color, the narrative equivalent of E150a caramel?

The simplest interpretation is that the evocation of cops-and-mafia machine gun battles lend a cheap “bad boy” panache to a bunch of whiskies that otherwise want for a story to tell. Unexciting whiskies are sexed up when the drinker is forced to consider the risk and thrill of consuming something forbidden in a dank back room full of shady characters. Naming a distillery or a bar after a prohibitionist has the “one finger salute” (two fingers up, to translate into British) quality of gloating over a vanquished enemy.

A less cynical consideration recognizes the nostalgic and historical allure of closed distilleries, so beautifully explained by Adam in this recent piece. To be certain, Prohibition was to American distilling as the late Cretaceous asteroid was to dinosaurs. The massive Pre-Prohibition Database has 2,887 listings for distilleries and warehouses, with documentation of 11,160 brands. Names, methods, and physical property were lost forever as law-abiding distillers shut their doors. There’s a certain type of sentimentalist who believes that things must necessarily have been better in older, simpler times – including whiskey.

The truth, as always, probably lies in the vast grey area between the two poles. Somebody was likely making better whiskey before 1920 than some of the whiskies produced after 1933. To the extent that someone like Derrick Mancini is willing to study historical production methods, isolate the components that produced interesting whiskey in the past, and recreate them in order to produce interesting whiskey today: I am all for it. However, I’ll remain dubious about baseless claims of association with days gone by on the blanket assumption of the superiority of whiskies past.

Oh man, that was a lengthy preamble to the $24 worth of whisky I’m about to review. Whatever, #YOLO, Roll Tide.

Today’s bottle was released this past fall to commemorate the 85thanniversary of Prohibition’s repeal and the miraculous “rebuilding” of the Beam distillery in just 120 days. Given that the company claims a 70 year old man “personally rebuilt the family’s distillery, by hand,” in four months, I’m willing to bet the original demolition was less-than-comprehensive.

Though details are scant, the official press release indicates that this is “aged for four years, similar to” the ubiquitous Jim Beam White Label. The main point of difference seems to be that it is non-chill filtered. Suspending my natural skepticism, I think it might be great! After all, Adam really enjoyed the comparably detail-light Prohibition Style Old Forester, and I respect his taste and judgment immensely.

To establish a baseline, and because I can’t ever recall drinking this without the benefit of a heavy-handed pour of Cola, here’s a look at the mainstream Jim Beam White Label. This is also Kentucky Straight Bourbon Whiskey, bottled at 40%. It is an unlimited edition.

On the nose: Subtle vanilla, grass clippings, potpourri, a faint fruity note of navel orange, and some ferric metal notes.

In the mouth: A weak entrance, followed by a nutty and woody midpalate, with classically Bourbon warmly corny sweetness. Not very textural; the palate feels very stripped-down, filtered into oblivion. A little more iron on the finish, which vanishes in a trace.

Conclusion: Weak, pale, flaccid. Better on the nose than in the mouth, but generally the aromas and the flavors are all so dilute, it’s hard to say very much at all about this. At least it’s cheap.

Onto the whiskey that prompted this review. This is bottled at 43% and is a “Limited Edition,” meaning I have only been able to find it at literally every liquor shop, supermarket, and drug store I enter.

In the mouth: The difference due to non-chill filtration is evident in the somewhat oilier texture. This has more spicy flavors of cinnamon and fennel seed. Performs the same disappearing act on the finish.

This doesn’t really improve upon the benchmark White Label. If this is representative of immediately-post-Prohibition whiskey (I suspect it’s not), I’ll count myself fortunate that I live and drink in the current day.

As a general conclusion, I’d prefer to live in the present and look forward, rather than to continually invoke a fantastical and nonexistent time gone by. If every craft distiller (as well as the beverage giants) would kindly omit any and all references to Prohibition henceforth, we might free ourselves of its odious legacy and instead celebrate the vibrant glory of the current day. There are plenty of crackerjack distillers producing delicious whiskey in the here and now. If that type of thing interests you, please come visit us here in mob-free post-Prohibition Chicago. To once again quote Ol’ Blue Eyes: “I’ll show you around.” 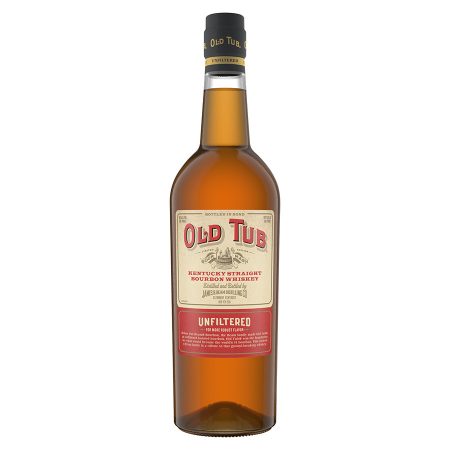