They seek him here, they seek him there, His clothes are loud, but never square. It will make or break him so he’s got to buy the best. ‘Cause he’s a dedicated follower of Auchenthoshan. And taking inspiration from the song, this perfectly sums up how I feel about Auchentoshan today.

Like so many Scottish distilleries, Auchenthoshan plays the marketing game extremely well. To back up its affordable and well-distributed range whiskies, you’ll find it sponsoring various events including the poorly judged New Malt order initiative. This features bartender talent from across the world, which sounds rather Glenfiddich to me. Who have these types of events sown up and then some. Also, there is only one glorious Malt order and you’re looking at it right now.

My own belief is that for many years Auchentoshan rested upon its laurels and became lazy like any good, secure and demotivated office worker will naturally aspire towards becoming. There is no escape from the monotony and security of repetition and that groundhog day feeling taking a firm grasp. For Auchentoshan, its rival Lowland distilleries dwindled one by one, until it only remained alongside Glenkinchie and the odd spurt from Bladnoch. This ushered in an era of bad habits.

The annual joke that the whisky awards represent, demonstrated how the Lowland region had become a laughing stock. Just by entering, either distillery was capable of winning an award with the most inoffensive and benign of whiskies. Imagine the situation. A guaranteed stream of sales, simply because Auchentoshan was one of the last Lowland survivors, bolstered by the triple distillation aspect. What desire is there to improve, or become motivated through competition? Especially when your major competitor is the breakfast whisky in Glenkinchie?

Very little is the simple answer. For those of us who have been into whisky for a while, things did hit rock bottom and there was very little interest in the Lowland region whatsoever. A travesty, but understandable given the remaining exponents. I’m somewhat surprised that the region was kept intact by the Scotch Whisky Association, who were all too keen to strip Campbeltown of its status for a while, thereby prompting the resurrection of Glengyle to meet their requirements. However, the large corporations that own Glenkinchie and Auchentoshan have sizeable power and influence across all the Scottish regions, except surprisingly enough, the belittled Campbeltown. A coincidence?

Thankfully today, the Lowland region is booming big time. The overdue debut of Daftmill has reminded us of what the traditional Lowland style of whisky is capable of delivering. Not overlooking the fact that you can still create the style with skill, effort and patience. The new distilleries that we will see coming online in the coming years such as Eden Mill, Kingsbarns, Leith, Holyrood, Lindores and the Glasgow duo, will challenge the established incumbents. Unable to compete on scale or price, they will instead turn heads and open wallets through the flavour and character of their offerings. Meaning, Auchentoshan and its ilk will need to shape up or become relegated to the supermarket bottom shelf.

The general consensus is that for an enjoyable Auchentoshan you only have 2 possible choices. The independent bottlers are the most accessible destination, especially as the Scotch Malt Whisky continues to grow in size and outturn. Then the last glimmer of hope from the official spectrum comes in the form of the bottle your own at the distillery. Although some casks do prompt caution and the prices are on the increase. It remains a worthwhile consideration if you’re able to visit Auchentoshan for their enjoyable tour.

Thanks to the generosity of friends, we’re able to put these remaining beacons of hope to the test with a face off. We have a recent SMWS release thanks to Michael from Whiskynews.de, and Aeneas (Away from the Ordinary) recently visited the distillery and bottled his own for a recent tasting. Together this should be fun!

Distilled on 11th October 2000, this was bottled at 17 years of age at 58.8% strength. An outturn of 240 bottles was plucked from the 1st fill ex-Oloroso sherry butt, which has since sold out.

On the nose: Memories of Opal fruits with orange, lemon and lime. Cookie dough, raspberry sorbet and candied orange peel. A slight perfume note. Parma violets, milk chocolate and honey before the cloves kick in. I’m non-plussed by this in reality. All cask, a roundabout of flavour – around and around we go – same things, same exits. Water reveals vanilla and orange snaps with a little yeast.

In the mouth: Chocolate malt, orange peel and nutmeg with some cinnamon for good measure. A nutty aspect but I’m left with a sense of limitation. Pink peppercorn and with water marzipan, toffee and mace.

On the nose: A very punch and fruity arrival. That is red fruits with apples, red berries and strawberries with cranberries as well. Orange chocolate, some raspberry and poached figs. Tobacco and some cherry methol with marzipan, nutmeg and honeycomb. Water showcases milk chocolate and almonds.

In the mouth: Very cask active and forceful. Plenty of those red fruits again with more cherries and dried raspberries. A drying finish as well. A yoghurt granola, rhubarb and tobacco. This needs water. It becomes quite bitter on the palate for me.

The hand fill is too much cask for my liking and needs more time. It must be a 1st fill or a small size as the sheer influence that’s been applied in only 9 years is considerable. Potentially, a whisky for the sherry monsters, but not it’s not for me. In comparison, the SMWS release is a bit more rounded and not as cask heavy, but I’m still left questioning what is the true essence of Auchentoshan and where to look next?

That old line the industry peddles about the cask providing at least 70% of the flavour is something we’ve rebelled against here at MALT. A good or even better whisky works with the host in a harmonious marriage. Here instead we have the other side of the coin. The cask has burst in on the party, kicked up a right storm, thrown a tantrum and left abruptly. Leaving its mark for all to see. Both are ok-ish but for me not what a Lowland whisky really is about. 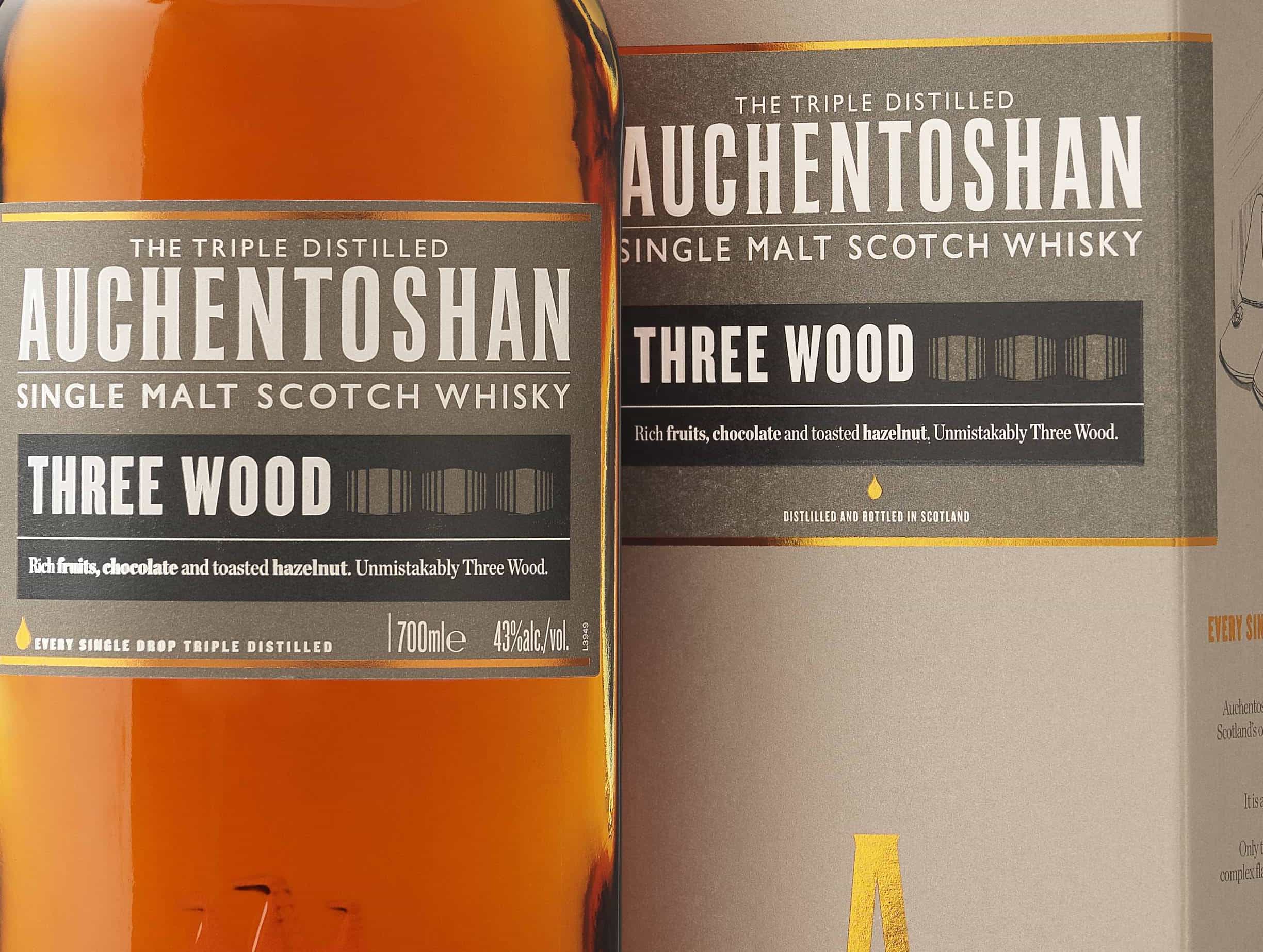