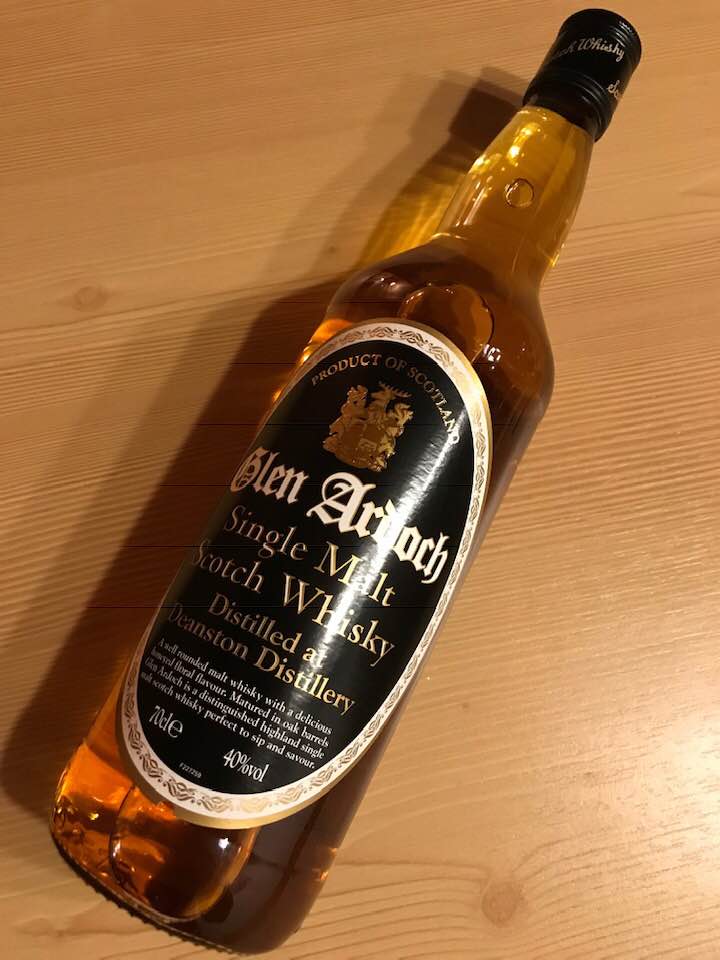 The geophysicist took me skiing in Austria last week. Well, I say “took me”. I paid my own way, it’s just that skiing is very much more the geophysicist’s (snow-covered) field of expertise.

I am to skiing what Mozart was to theoretical physics, and Newton was to Opera. I’m what spiders are to vacuum cleaners, what JJ is to bourbon reviews, and what the letter “u” is to Americans. I’m the beast from the piste; the menace of moguls; the scourge of journeyman-level red runs. Some say I look like I was born on skis, by which they mean that it’s grotesquely messy, involves a great deal of shrieking, doesn’t feature much limb control and ideally there’s a doctor or two present. I usually get down more or less intact, but it’s a leg-flailing triumph of function over form.

Fortunately, I’m Winter Olympic calibre when it comes to après ski, and mein Gott I’ve slalomed down an Alp’s-worth of Austro-fodder this week. As I hammer the keyboard I’m schnitzelled to the gills and goulashed to the nines. I’ve got Zweigelt coming out of my salopettes and I’ve taken on more Grüner Veltliner than you can shake a currywürst at.

But there are some itches that not even the longest-fluted wein flasche can scratch. Michael Jackson (the grog writer, not the tight-trousered warbler) said that when abroad, you should drink as the locals do. But in Austria that means schnapps, and frankly Hell hasn’t frozen over. So there I was in the Söll branch of Spar, casting a jaded optic over the spectre-grey hinterland of their whisky “selection”, when what to my wandering eye should appear but the words “Distilled at Deanston Distillery” and a little orange price tag squeaking “€10.99”.

Jason, who is both a masochist and an inveterate clickbait merchant, seems to go on holiday exclusively to hunt down gopping export-edition Johnnie Walkers and duty-free Laphroaigs for hatchet-jobbery in the Malt Colosseum. Personally I’ve a little more respect for both my wallet and my mouth. In any case, even the most wide-eyed, Bambi-stepping newcomer knows that the bottom shelf is riddled with horrors. The #handsomeandwise Malt readership certainly doesn’t need a reminder from me.

But even so. “Deanston” and “eleven euros”. By anyone’s exchange rate that’s an alluring lexical double act. Up there with “Kit-kat” and “chunky” or “fried” and “chicken”. Reader, I ask you: what would you have done?

The most prominent name on the bottle is “Glen Ardoch”. “The most authoritative guide to whisky online” tells me that this is simply another set of clothes Burn Stewart squeezes Deanston into when it jets over to France, Germany, Austria or Italy. Nope, I’m not sure why either. Maybe nailing on a cheeky “Glen” prefix burnishes the not-particularly-Gaelic-sounding Deanston with a spot of Hollywoodish, tartan-slathered, Brigadoony lustre. Maybe it’s just a way of fobbing off unwary Continentals and Alp-addled British tourists with Deanston’s less salubrious casks.

Except I shouldn’t be cynical, should I? Because this is Deanston we’re talking about, not boring old Auchentoshan or Ragnar MacHairy-Breeches the Orkney Viking. And we like Deanston, don’t we? I do, Mark does, Jason does, Leonardo DiCaprio does. Who else matters?

Long story short, I obviously bought a bottle. Undeterred by the parsimonious 40%, the near-certain fake-tan colouring and the equally-likely chill-filtration. I bought it, we cracked it open post-slope, and here’s what I thought.

Colour: If this is natural I’ll eat my helmet – goggles and all. As covered-up as an Englishman in an Austrian sauna, I reckon.

On the nose: This doesn’t smell like it knows what a barrel is. It smells like new make. No. That’s unfair. New make can be clean and fruity; this is neither. Fusty, immature malt, cardboard, acetone and pear drop. Dilute vanilla piteously mewls. A metallic, almost feinty grime. I don’t really want to put this in my mouth…

In the mouth: … but I have done, and by Christ it’s grim. More of all of the above, plus a foul and farty sulphurousness. This doesn’t taste clean or cared about. An unbalanced, sweetish clagginess jars against sharp, raw alcohol. The abiding texture is granular; gritty.

Two of my friends, both moderate whisky drinkers, couldn’t finish this. I could, but mostly just in the line of duty. Throughout the grimaces, the puckered mouths, the sneers, the coughs and the assorted non-verbal apostrophes of disgust I urged the others not to let this stop them from trying the standard Deanston range. But really, if this was your first taste of Deanston, I don’t know why you’d bother going back. You may be asking “well what did you expect for €10.99?” To which my answer is: ideally something that didn’t actively repel everyone who took a sip.

This yawps of ancient, exhausted casks; of corners cut and of fuddled production methods. And if something so curdlingly noxious is cheerfully seeping from even Deanston’s excellent auspices then the well-charted over-efficiencies and complacencies of the Scotch whisky industry really are at concerning levels. Funnily enough, the last whisky I tasted that I liked as little as this was actually made in Austria itself. But that one failed because the distillery bravely tried something a bit bonkers, and it didn’t quite work. This fails simply because it is a badly-made, limpid, whimpering thing that does its distillery, its country, and its industry a shocking disservice.

At this point it’s fashionable among the more kindly-meant of commentators to suggest that perhaps the whisky might perform better in a cocktail or a highball. I can’t say I really follow that line of thought; rotten whisky, somewhat intuitively, makes for a rottener highball than decent whisky. And suggesting something might be good if sloshed in with a load of fizzy cover-up is a polite, aqueous equivalent to “put a bag on their head and we’ll talk”. Besides, soda water deserves better than Glen Ardoch.

So instead my bottle (driven all the way back from Austria just so I could scribble this under “review conditions”) will be sacrificed on the ignominious altar of beer pong, which I play at black-run-with-moguls level. That way, with a steady hand, a clear eye, a dose of cunning and the obligatory pressure of the rules, I can hopefully make every last putrescent drop some other fool’s problem.

Fingers crossed they’ll be a snowboarder.

I always enjoy a visit to the Deanston distillery, not only is the food excellent but the whisky is starting to be appreciated by many.. 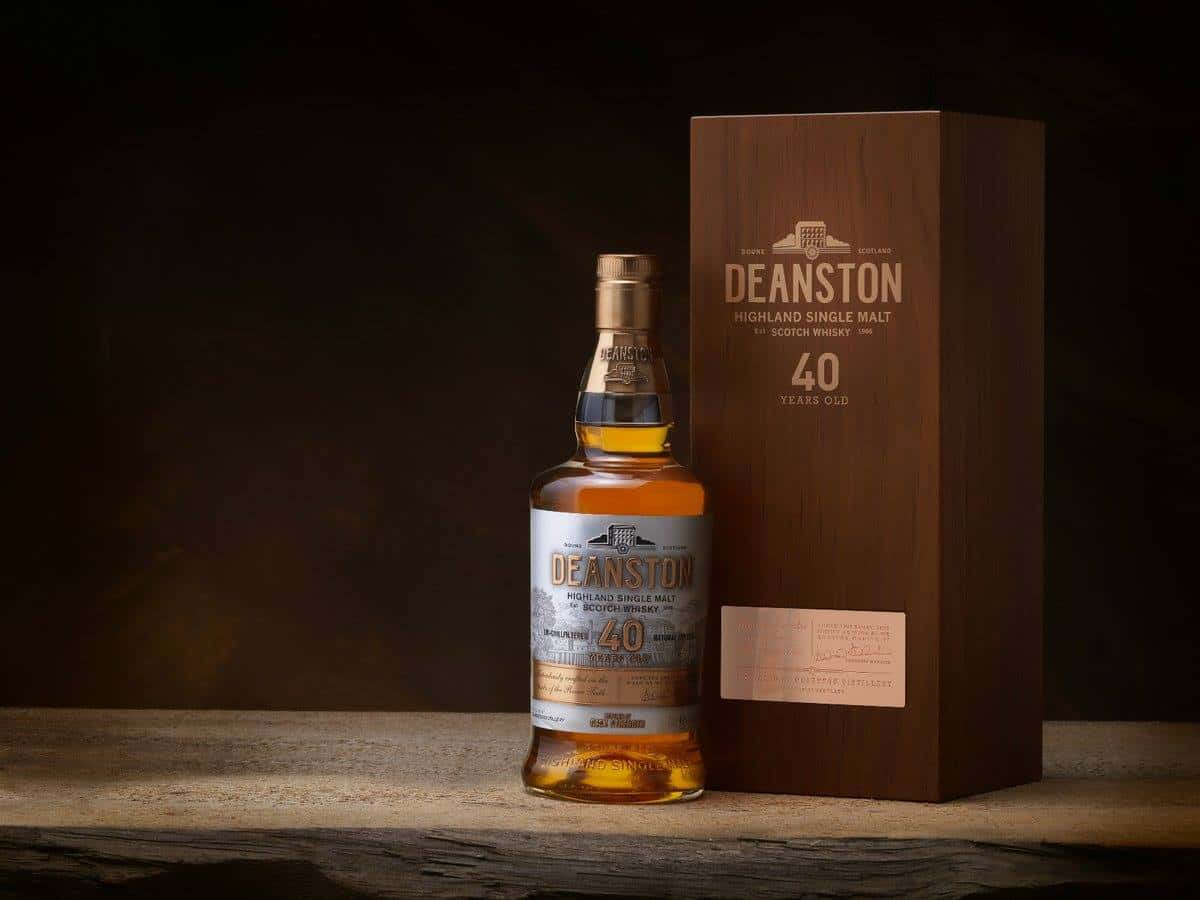