How’s this for a bit of Wilde-ian turnabout: the only thing worse than your favorite whisky being discontinued is when it becomes a smashing success.

When the whisky in question is produced by a craft distiller, the result is bottles flying off the shelves and hitting the secondary market at extortionate prices. When the “million dollar baby” is the property of a large beverage conglomerate, one can typically count on consistent supply (albeit with variable quality) while retail prices take a series of opportunistic jumps.

The fallout is predictable: the people that love a whisky suddenly despise it, or at least its makers. A torchlit online procession is hastily organized, rallying around throaty cries of “never again.” Lists of alternatives and substitutes are promulgated. The Scotch whisky industry teaches another masterclass in golden goose killing.

This was the case with Aberlour A’bunadh. To the credit of the team, MALT has heretofore avoided jumping directly into the debate. Resisting the siren call of the page views and likes that would have surely followed a double-barreled condemnation, the A’bunadh coverage has been limited to a few glancing blows by way of passing mentions in other reviews.

The conventional wisdom states that “when a thing ceases to be a subject of controversy, it ceases to be a subject of interest.” (Astoundingly, the bloke who coined this said it in 1830, anticipating social media by 150 years). However, there’s a well-known contrarian streak here at MALT. Keeping with that ethos, I have tried to gleefully embrace any opportunity to think and say and do something different than everybody else.

Thus, my rusty mental gears started their creaking rotations when I saw that A’bunadh was on sale at my local. It was obvious that trying to say something fair (not to mention new) about this whisky would be a self-defeating exercise in futility. As though one could possibly disentangle the judgment of this whisky from a maelstrom of sanctimonious outrage surrounding it! Once it became clear to me that I couldn’t possibly write a review of A’bunadh, I knew that I had to write a review of A’bunadh.

I’m nearly certain not a single MALT reader is unfamiliar with this expression, but – for the purposes of formality – a brief description will now commence:

“A’bunadh” is said to mean “the original” in Gaelic, though this (and every other aspect of this whisky) seems to be the subject of some debate. It is described, officially, as “sherried and intense.” To quote a young English poet, “that is all ye know on earth, and all ye need to know.” Matured entirely in sherry casks and not chill filtered, it is bottled at cask strength. A’bunadh does not carry an age statement but is released in batches, reportedly from casks between five and 25 years of age.

Mark last reviewed a bottle of Batch #37 back in 2012, describing it as “cracking value for money” at £35. The major controversy surrounding this expression stems from the subsequent series of price increases, specifically mid-2018’s jump from an MSRP of around £50 to the “new normal” of £80. The worldwide interwebs dot com did its usual thing when the news broke, with all manner of digital chest pounding and hand wringing ensuing. The collective ire of the whisky commentariat was directed at parent company Pernod Ricard, with longtime partisans vowing to swear off A’bunadh for good.

A wise primary school teacher once counseled parents: “Don’t believe everything your children say about me, and I won’t believe everything they say about you.” As an American, I bear this in mind whenever a Brit talks about a Frenchman, or vice-versa. With that caveat: Adam mellifluously evoked the perceived Gallic attitude at play here. It’s a French take on the coarse, inhuman indifference to the well-being of your fellow man endemic to the outer boroughs of New York; “Le Fug Youse” as a late writer (far better than I’ll ever be) aptly put it.

Still: as a believer in the moderately-regulated free market economy, I am loathed to jump on the bandwagon. A’bunadh doesn’t exist in a vacuum; among NAS cask-strength sherried Speyside malts, it is competing with Macallan’s increasingly dear trophy bottlings and Glenfarclas 105, to name but two. Point being: we’re consumers in free countries, and we’re empowered to buy other products if we don’t see value for money. Noortje advised that the aggrieved parties should look towards independent bottlings of Aberlour, which is good counsel more generally (so long as one can find them).

Playing the most diabolical devil’s advocate I can conjure: we, the whisky consuming public, don’t “own” these whiskies. They may be our favorites, or our dad’s favorites, or our dad’s dad’s favorites, but that doesn’t make them our property. Their lawful owners (those who risked their financial capital to buy the distilleries and associated intangibles such as brands and trademarks) can charge as little or as much for them as they think the market will bear. Sudden jumps in MSRP risk alienating a price-conscious segment of the drinking population, but they might also attract an (ahem) less price-conscious segment of the drinking population… and who wants a bunch of cheapskates for customers?

All this to say: cool it. Channel your inner Frenchman (or woman) and give a resigned shrug, palms facing upwards, when you notice that the price of your go-to whisky has been raised 60%, just cause. “People just ain’t no good,” and there are other whiskies on the shelf. You’ve been gifted the golden opportunity to find something else, something perhaps even better than A’bunadh! I’m sorry for your loss, but also: you’re welcome!

I don’t know that any of this is a direct contribution to the debate, so much as a contribution to the meta-debate: the debate about the debate. And yet, at the heart of it all sits a bottle of whisky, which can (and must) be opened, smelled, tasted, and judged on its own merits. Laden with the weight of the above (and exhausted with my endless slog through a morass of craft bourbon), I have breached the crimson wax seal. Here we go…

On the nose: Sherried and intense, innit? Sticky toffee pudding. Salted smoked caramel. Chocolate fudge. Hershey’s chocolate syrup. Chocolate-covered cherries. Did I mention chocolate? Oh, here comes pecan pie filling! There’s a hint of freshly-planed pine wood banging around in there as well. A whiff of cask funkiness comes through in the form of a damp seaweed note, though not enough to detract from the overwhelmingly rich gooeyness of this soporific postprandial tidal wave.

In the mouth: This is really quite pert to start, with a note of mandarin orange. Suddenly, a fiery alcoholic heat overwhelms the palate. At midpalate this becomes nearly unendurably hot and fierce before easing into a long finish of Swiss Miss hot cocoa mix. Dilution brings this nearly into line, with dried fruits and cocoa notes punching and counterpunching above a molten sea of alcoholic heat. It’s the distilled equivalent of the scene at the end of Star Wars Episode III when Obi-Wan and Anakin battle it out above the volcanic rivers of Mustafar.

The mother of all cask strength sherry bombs. It’s not a style that appeals to everyone, though it certainly has its acolytes. An evening ender, I write at the end of an evening. Once you’ve gone A’bunadh, you can’t go back.

Is it worth $80, the same as Glenfarclas 105? I think so. $90, same as the Macallan Classic Cut? Perhaps. More than that? I’ll buy it again, or perhaps I won’t. You’ll buy it again, or somebody will, at the current price or higher. Or you’ll buy something else. Life goes on. “Nous sommes tous des fleurs planteé sur cette terre que Dieu cuielle en son temps.”

Lead image from the Whisky Exchange and there are commission links within this review, but this never affects our opinion. 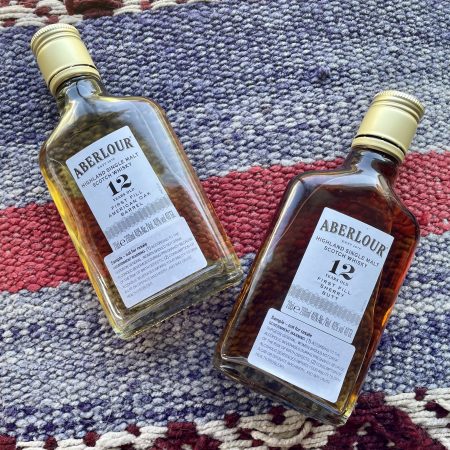