We’re weathering a plague of Americans on Malt at the moment. I expect we’ve angered God. (Who knew He worked for Edrington?) Mind you, if God had any sense, He’d have opened His batting in Exodus with a plague of Americans, and wouldn’t have had to faff about with frogs and locusts and drama-queen rivers of blood. A couple of trans-Atlanteans demanding “hey, is this the way to Pyramid-ham-shire?” or asking for big brand ranch dressing with their McNile burger and Moses and friends could have been out of Egypt, passports stamped, before you could say “first born son.”

No such luck for us, though; we’re up to our Stetsons in New World stereotype. Mark’s had to program his computer to auto-remove “yee-haw” from submissions*, and Jason is up ‘til the wee small hours blocking Alexandra’s reviews of the Desert Eagle. (She gives it 6 out of 10, FYI). Taylor is only an amber-warning American; one peek at his profile picture shows he’s behind Judi Dench in the “likely to say ‘y’all’” queue. But I reckon he still gets a bit lairy after a couple of Quincy-Street-and-Cokes.

They’ve even launched shock-and-awe upon the Malt social media pages recently, chewing up hearts and minds with their trademark brand of glowing-neon-sledgehammer humour. One assumes that, taking Presidential inspiration, drivelling Twittery crassness has simply become a national sport. (Just as petty backsniping is in England.) Honestly: they’ll let any lost digital waif with a grudge contribute to Malt these days. I suppose, having let me in, Mark and JJ decided the real damage had already been done.

On the flip side, of course, we’re getting far more reviews of US plonk than we used to. And even if the only people who read those pieces are myself, Tony, and Alexandra’s mum, anything that gives us a one-day respite from Cadenhead’s Glenlossies and Highland Park animal guff is Surely A Good Thing.**

In this spirit, I’m off to Texas, the hot-damning-est, gun-toting-est, big-portion-est, letter-z-over-using-est state of the lot. Specifically, to Waco, south of Dallas, where we’ll find probably the best US craft distillery there is: Balcones.

Balcones was founded in 2008, when the US craft movement hadn’t really kicked off, and when nobody in the UK really cared much about American whiskey. That said, where many craft distilleries were (and often still are) a big step down in quality from the larger players, Balcones distinguished themselves by … well … distinguishing themselves. Not only are Balcones whiskies good; they’re distinctive. Singular. They don’t get lost in a lineup. Taste a Balcones – almost any Balcones – blind, and you tend to know, definitively, what you have in your glass. And that, in the world of whiskey, is rarer than most folk care to admit.

A huge part of that comes down to the founder, Chip Tate. On his watch Balcones was built, won awards by the hundred, and became one of the craft distilleries even non-whisky-nerds knew about. Without Chip Tate, nothing that people love about Balcones would exist. He built his own stills. He made his own barrels. He used lower-yielding, more flavour-driving grains. And he established the distillery’s house style. The big flavours, the huge, mouth-coating textures, and particularly, the leaning away (mostly) from bourbon and towards less-obvious styles of American whisky: corn and single malt.

With success came investment, and with investment came (extremely prominent) “disagreements” with shareholders. One thing led rather dramatically to another, and in 2014, Chip Tate left Balcones and set up a new distillery.

But Balcones lives on in his absence, and (several people will gnash their teeth at this) under distiller Jared Himstedt’s guidance, the quality of the whiskies doesn’t seem to have (so far) taken a noticeable dip. And I drink an awful lot of Balcones whiskies. They are, as I say, probably the best craft distillery in the US. (Please direct all angry rebuttals to Alexandra@Murica.org.)

All that said, I’m jolly excited to have a couple to scribble up today. They’re both single malts: one peated, and one aged in French oak barrels. Both were bottled last year, and both, as far as I know, are only available in the United States. Possibly only at the distillery. I’ve no idea what they cost; the ratio of US to UK prices is always particularly depressing when it comes to Balcones. My samples came from a fellow fan in the British Bourbon Society, and that’s really about as much as I can tell you. Other than that, I expect they might be pretty good. After all, even Mark has said good things about Balcones. And he has American whiskey dyslexia.

On the nose: Thumping. Big, hearty, meaty, fruity, woody. Postmix Cola and hickory char. Lardons, cloves and cinnamon. The burnt edges of a fruitcake and the burnt ends of a brisket, BBQ sauce and all. Raisins, dates and plums.

In the mouth: Immense, charred Balcones palate; the heft and grunt of the body soaking up the tannins. Dark chocolate, molasses, cigar, cedar and clove. Beneath all of which there is a rich, ripe maltiness that bellows across the finish. Booze is big, but balanced by the enormousness of flavour and voluptuousness of mouthfeel. Epic. Just maybe a shade too heavy on the burnt flavours, if I’m hyper-critical.

On the nose: Curls from the glass, smothering your nostrils rather than punching them, and that balance is outrageously good. Smoked meat and tropical fruit. Bacon, bockwurst and burnt scrub beside dried apricot, bruised apple, toffee sauce. No – not “beside” – entangled; intertwined with. Underscored by a mineral, rain-on-pebble character.

In the mouth: This is 63%?! You’re kidding. Oozes luxuriously across the palate; fruits slide to the fore, smoke slithering behind. Apricot, mango, clementine, even red cherries, all doused in golden syrup and smoked over oak chippings. More wood towards the finish, which is also where we find the spices: nutmeg, cardamom, black pepper. Finally, that tell-tale post-peat sheep’s wool. Just superb.

Simply two fabulous single malts that embarrass most of what currently comes out of Scotland. These are whiskies for people who enjoy the likes of Smögen. They’re that sort of size, heft, and complexity. The peated, in particular, is phenomenal, but I would cheerfully guzzle either one any day of the week.

If only a few more of these made it across the Atlantic.

(Thanks so much to Mark for the samples.)

*A minor postscript: our lovely new editor, Abby, an American ex-pat, gave this article a swift once-over, during which process she corrected my spelling of ‘yee-haw’ (I had it ‘hah’). I share this simply because it is probably the most wonderfully American bit of editing that has ever happened anywhere in the world ever. Abbie, if you’re reading this: thank you for making my week!

**Minor postscript part two to say thanks to my American colleagues for being good sports. And … you know … sorry! 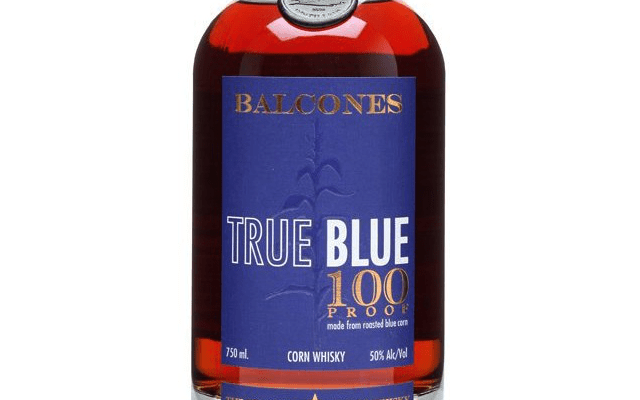