Time for a wee vertical, a Glen Garioch vertical of all things. However, this comes with a twist as we want to focus at the young end of the spectrum for this distillery. A favourite of mine it must be said. What better than to collate a handful of independent releases, official offerings and see what the modern day Glen Garioch has to offer?

When we discuss Glen Garioch, we have to take note of the distillation date. This will give us an indication of what to expect from the whisky itself. The further back we journey through time, the more peated Garioch will become. They loved their peated whiskies in this part of the mainland and Garioch was the most peated of them all. Proof again that Islay isn’t the king of the peated castle.

The most peated of all Glen Garioch comes from a distant era and hence represents some of the most sought-after whiskies. Namely those from the 1950s and 1960s. These are now out of reach of mere mortals and what remains is either investment portfolio fodder or an expensive dram. I’d recommend if you do have the opportunity to try a Garioch from these decades then do so, or even the 1970s and 1980s. These are still just about affordable; although the price is starting to rise. As we pass through the decades the peat influence becomes less and less. That is until we reach the closure of the distillery in 1995. They say mothballed, but that’s a polite way to put it. In reality, Suntory wanted to sell the site to developers and had little appetite for a distillery.

Given its historical status and lack of a prospective buyer, ownership was moved to a subsidiary of Suntory in the form of Morrison Bowmore Distillers. Whilst we can celebrate the existence of Glen Garioch today since its reopening in 1997 the style of spirit has changed and it has become totally unpeated. Meaning it is a different proposition and a new beast.

I have some old Glen Garioch’s that have been put aside for an Edinburgh tasting that I’ve never really gotten around to organising as such. These will form the basis of another tasting, a pre-95 tasting if you will, in the future.

Last year I was fortunate enough to do a couple of tastings in London. One of the bottles I opened for an event was an 8 year old Glen Garioch bottled at the turn of the millennium. This, in theory, would have been the twilight years of the distillery, where the peat influence had been reduced to a mere wisp. But it got me thinking about the vertical we’re about to embark on here. The new style Glen Garioch, all youthful and full of vitality – what could it offer?

On the nose: A cotton freshness and very light, almost effervescent. A similar nose to several below. The emphasis on apples and boiled candy. White chocolate and a whiff of paraffin wax. Popcorn, shortbread and alcohol on the finish.

In the mouth: More vanilla, caramel and apples. Alcohol on the finish. A little tiresome and disappointing from the Garioch. Doesn’t take water well. A tired cask going nowhere.

On the nose: Green apples and fruit sugars, a touch of sweetness with candy floss and barley drops. Green olives and some sour jelly sweeties. A hint of mint leaf. A very simple presentation overall.

In the mouth: More greeness, apples and Kiwi fruit and more of those jelly sweets. A touch of ash on the finish, a fresh vanilla and aerosol cream. Very limited palate with little development and a touch of youthful alcohol on the finish.

Bottled at the turn of the millennium, an official release.

On the nose: Fruity at first with apples and some vanilla but also syrup and balsa wood. A touch of mace on the fringes, golden syrup, cinnamon and a creamy porridge. Water reveals lemon and a mineral aspect.

In the mouth: This is where the youthfulness and lower strength comes back to haunt the overall experience. There’s a pleasant mouthfeel but its not dynamic. Some cardboard, withered vanilla, a slight oiliness and black pepper. Chopped hazelnuts follow and on the finish that spirit nature hinting at its lesser age.

This current release will set you back £42.75 and is bottled at 48% strength

On the nose: a sugary residue, porridge cereal with a splash of maple syrup, crushed almonds and creme brulee. Very light floral and cask orientated with some green bananas reviving memories of a youthful grain. Time revels a withered orange note.

In the mouth: a little hot and this carries on throughout the palate with some green apples and unripe mangos along for the ride alongside a vanilla cream. More of the oranges midway with ginger and a milk chocolate finish and some light brown sugar.

On the nose: More life and sparkle than the Douglas Laing offering partially due to the higher strength. Vanilla toffee, more apples but less green and a herbal freshness. Butterkist popcorn, lemon thyme and a suggestion of watermelon. Water gives it a vanilla paint stripper quality, wine gums.

In the mouth: Less definition than the nose hinted at – more black and white portable now. However, less youthful aggressive. Not much of a finish whatsoever. Vanilla marshmallows and stale white bread – the cheap supermarket value kind. Let’s try water shall we? Chalky now and more rounded with some fresh mint leaf.

Bottled at 43% this release from Michel Couvreur is under 3 years old hence why it cannot be called a single malt. The company was based in the same village as Glen Garioch, hence its inclusion and thanks Graham for the bottle remnants!

On the nose: Caramac and a clay-like presence. Dulled fruits, strawberries and blackcurrants. Gooseberries, rubbed brass, a spent cigar, figs and cherries. A sweetie of a nose rounded off by fudge and Crème Brûlée.

In the mouth: Weaker than the nose and very gentle. Stewed fruits, cloves and cinnamon but all beyond their best. Dark chocolate, a Christmas cake mixture and liquorice. Still, a bit flat with the wine cask coming through on the finish.

The old official release is not huge on character but is perfectly pleasant. For an 8 year old this is acceptable if lacking somewhat on the palate; a better prospect than the Douglas Laing 6 year old. I picked up the official 8 for £40 at auction and as a marker in the transition of Glen Garioch this seems like a perfect yardstick. The seeds of change are in this whisky and they’re not necessarily welcome or an advancement.

The 12 is very meh, middle of the road and little to get excited about. 12 years and its really lacking a character or blueprint for success. Whereas the Michel Couvreur shows what can be done with some inventive cask management to sand down the youthful rough edges. The fact it is so young does come through, but it remains a pleasant enough experience.

The Grindlay’s is a better cask than the Laing and more rounded. Still lacking development and authority. The slight improvement isn’t enough to warrant a 4 in my book and asking £40-ish screams markup! One to avoid in all honesty at that price point. The Boutique-y is another poor cask and again overpriced. I can only speculate that Garioch produced bad spirit for a while, which seems unlikely, or have sold on some pretty tepid and lacklustre casks – a more likely option. Either way, these offerings need longer or a finish.

Overall then, if you didn’t figure it out, I’ll put it down in words. A rather sad vertical and confirmation that Glen Garioch hasn’t changed for the better. At these young ages there is something sadly missing and ultimately best avoided. These make the 1797 Founders Reserve seem like a massive leap forward when even that whisky is somewhat disappointing. I’m quite beaten up by this. Garioch as always been one of my favourite distilleries. If you want a shining example of the modern ways crippling a distillery that then give us a pale imitation of what before; then here it is. 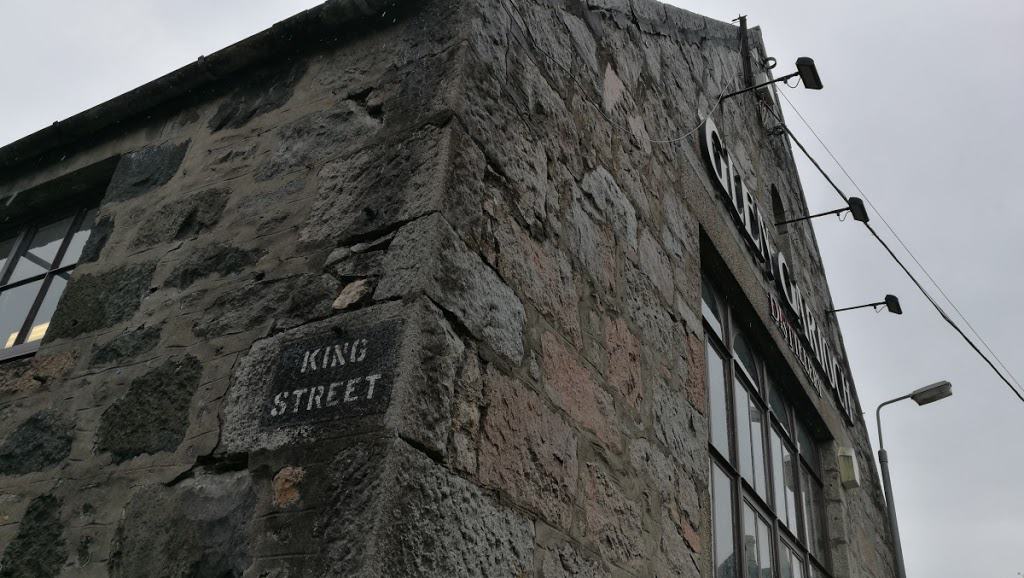