A new wave of independent bottlers are storming the United Kingdom, offering enthusiasts the opportunity to try whiskies from a variety of distilleries in their natural presentation. A buoyant market is even tempting foreign independents such as Single Cask Nation to bring the Scotches back to Scotchland.

The explosion of bottlers is a worldwide phenomenon, with the MALT team recent covering releases from Germany, Singapore and Taiwan in just the past few weeks. Keeping up with releases is an impossible task, so we have to be a little more inventive and precise when it comes to releases that we purchase.

This Ben Nevis 21-year-old has been a much-awaited and requested review since I posted a photograph online last year via Instagram: anticipation set and rising. Subsequent messages asking, is it ready yet? What is it like? These and more besides followed. What I couldn’t divulge at that point, or until recently, was that this Chorlton Whisky bottling was our next Patreon supporter selection.

Every six months or so, we ship out a specially selected sample to the applicable supporters. Our debut choice was a single cask “bottle your own” from Tomatin distillery. Frankly, on the whole, this was a well-received and very enjoyable dram. Looking ahead to 2019, the pressure began to mount and then evaporated when Chorlton Whisky revealed their latest bottling. An affordable Ben Nevis, heralding from what is now being perceived as a classic period of the mid-1990s, became an easy decision and a release that unsurprisingly has sold out since.

It’s always sad to bring you a review of a bottling that has sold out. I have mixed emotions when doing so, as we’d love to point you in the direction of something rewarding that you can go and grab easily. But you may stumble across this Ben Nevis in a local stockist. This tends to happen to me when I’m looking for something else and stumble across an entry on my hit list.

Is there an actual process of picking out a Patreon bottle? Not really; in reality, Mark and I may chat over some possibilities, but if anything, we’re acutely aware of what’s been picked previously. There’s also the thought process of taking supporters on a whisky journey. Revealing drams that they may have missed out on, overlooked, or have never heard of before; all key features, but generally, excluding budget constraints, I’m left to pick out something good and hopefully a little more exclusive than what you might stumble across in your local shop. Speaking of which, it is time for the review.

In the mouth: More green fruits with grapefruit, mangoes, and oddly, avocado. Olives as well. Lemon thyme with a chalky finish. This is well-balanced and more-ish. Water showcases vanilla, a waxy characteristic, lime juice and an oily perspective. It’s become more well-rounded with sage on the finish.

In a word: relief. Picking a whisky for our Patreon supporters is challenging, and the debut 2006 Tomatin set a very good standard. Such is the responsibility and trust from our supporters that it represents a challenge almost as terrifying as having to pick out a bottle for everyone to enjoy in a bar—and I know; I’ve been there.

As for Chorlton Whisky, this is a lovely introduction and underlines some of the feedback I’ve been hearing on the whisky grapevine. I do have a bias towards a lovely label and a stimulating piece of design. Chorlton certainly ticks these boxes, and it shows they put a little bit more effort into each release without bumping up the price Corporate Box-style for the visual element. We’ll return to this bottler soon, and hopefully, they’ll be accommodating with an interview to shed some more light on their past and future. Watch this space.

Our Patreon army continues to give their monthly support, which keeps us totally independent. As each month passes by, we edge closer to the next release. For those of you wondering, what are we picking next? We’ve already got it whittled down to 2 options; wait and see. 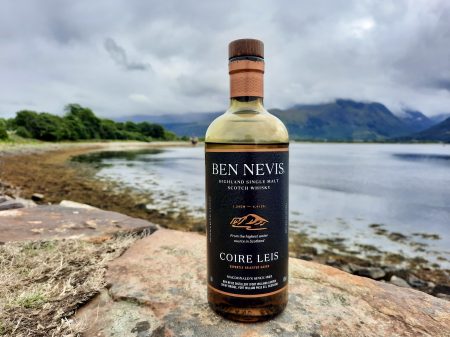