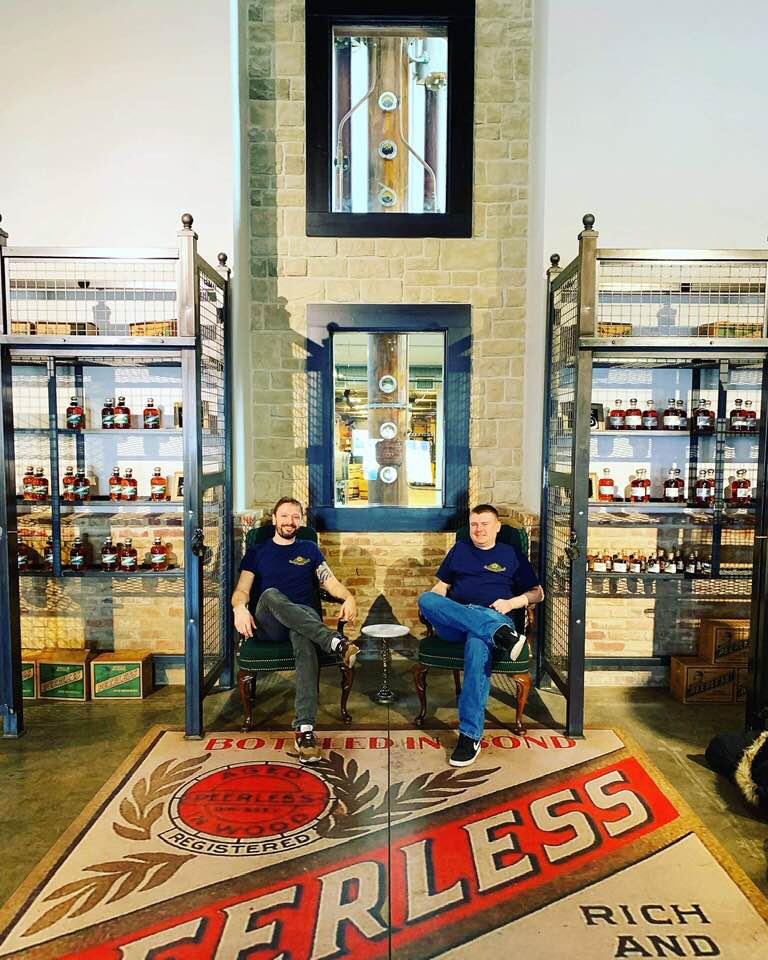 Regular readers will know that, much like the apocryphal Good Old Boys, I’m partial to a spot of rye. By my swift and slapdash count I’ve reviewed twenty here on Malt, which in context is a smidge over a fifth of the whiskies I’ve covered. And, being bibulously peripatetic by inclination, I’ve racked up rye from three continents and seven countries.

Over the last couple of months I’ve been scratching away at an article for Distilled magazine on the rapid growth of European rye —a growth that Malt remarked on early doors. It makes sense: most of the world’s rye grows over here; indeed, such august American distilleries as Wild Turkey and Buffalo Trace plunder German fields for their grain (which no doubt sends one of my editors into righteous provenance paroxysms). And, as is also the case with single malt, much of the new European grog is rather good.

Anyway, like a good little article writer, I was looking for ways to pad out my word count with long, intelligent quotes from more-informed folk so that I didn’t have to write as much myself, and could seem clued-up by proxy. And one of the people I approached was Andrew Watson, a co-founder of the British Bourbon Society.

Confession: Andrew’s a mate, and I’m a member of the Society myself. Back in the day I used to write articles for them, and helped with their early single barrel picks. (Wisely, they don’t use me for that any more.) However, Andrew’s not only tried every rye worth drinking, but also knows more about it than any non-producer I know. So I thought I’d press him for a few comments, and his responses were so thorough, articulate and worth reading that not only have I stolen snippets for my Distilled article; I’ve also presented the whole thing here for your enjoyment and edification. Over to Andrew, with my thanks for helping me pad out not one article, but two!

Malt: Why do you think rye (from anywhere) has seen such a boom in popularity over the last decade or so?

Andrew: I think the rise in popularity can be attributed to a few reasons. Firstly, in line with the rise in popularity of American whiskey in general, those who are making their initial leap across the pond from Scotland tend to find rye an easy transition given the flavour profile. Its spicier notes are dominant over the sweetness of its bourbon and wheat counterparts. Secondly, the palate of the bourbon drinker is changing, searching for new complexities that tend to be absent in bourbon over and above the notes attributable to barrel ageing. Lastly, to coincide with the reasons previously stated, there are more new distilleries than ever before, and for those based in America who are not willing to source whilst their barrels age, rye whiskey can still be very good at a young age due to the complexities the grain provides. I have recently had (and seriously enjoyed) more rye whiskey at 2-3 years old than I have in the last ten years. Rye grain is not native to Kentucky, though, and it is sourced from colder climates such as Canada or parts of the Midwest, and sometimes imported from Germany. With the popularity rising, distillers closer to the source—most notably around Europe—are taking advantage of their local ingredients to get in on the game with very promising results. Bourbon (corn-forward whiskey) clearly needs the climate of the US to draw the nuances of flavour from the barrels, whereas rye whiskey needs less of that oak to impart the same levels of complexities.

Malt: Who do you think is drinking it? Are they different from the people (generally speaking) drinking single malt?

Andrew: I think those drinking it now are those already familiar with American whiskey through bourbon and are interested to learn about what else is out there in the category. Bourbon I would say is where everyone lands when they first get into American whiskey due to its approachable style but rye is where those drinkers get to eventually. It also makes very good cocktails due to its ability to play well with sugar and bitters to make the best Old Fashioned and Manhattans. Rye has not got the same level of credence attached to it that Scotch seems to have due to the fact that it is rare to find one over 20 years old. Age statement is still a big draw for whiskey consumers, where 30-50 year old Scotch will attract a certain type of discerning drinker (or collector), rye whiskey aged under 20 years (most are under 12) will not draw the same crowd. People are today drinking rye whiskey with impunity, which is great to see.

Malt: Is rye simply a more interesting grain than corn or wheat? (Or even barley?) Why?

Andrew: For me, rye is the most interesting grain given that the challenge it poses to anyone thinking of distilling with it takes a level of production and expertise that ensures a level of quality from the off. You wouldn’t venture into distilling with rye unless you were absolutely sure you had the knowledge to make it work. If you get that far and are able to produce a rye whiskey, chances are that in a relatively short space of time, you can have something that tastes very good indeed. The flavours you get from corn, wheat and barley through distillation are sweeter with not as much character and seem to require far more oak ageing to achieve the same level of quality. 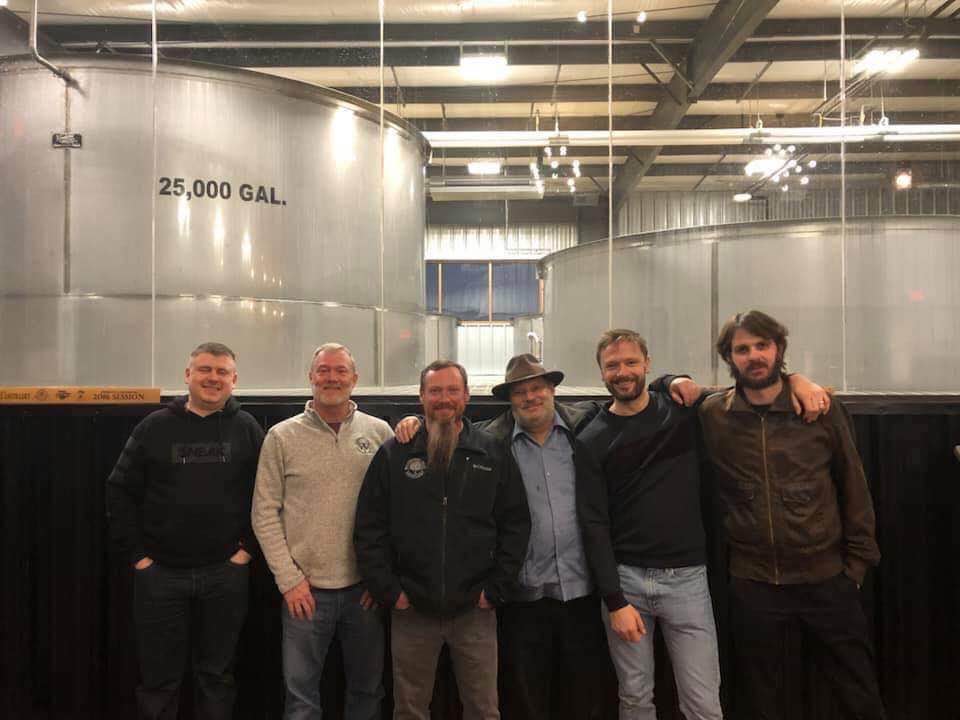 Malt: How niche is European rye, as far as the consumer is concerned? Is it really on the radar? Are there any distilleries that stand out above any others? Why?

Andrew: I think European rye has a way to go before it becomes a known category in its own right, though there are a few that stand out. Millstone, for me, is producing amazing rye whiskey that is by no means a novelty, and in fact, produced the best whiskey I tried in 2017 with their 1996 American oak. [Adam interjects: this was a single malt, rather than a rye. Reviewed in an article here – in which I allude to Andrew himself.]

Malt: What are the challenges for European ryes compared to ryes from the States in terms of gaining consumer attention? What do they have to do to stand out?

Andrew: Unfortunately, we are still at a point in Europe where age is ‘not just a number’ when it comes to whiskey. Our American counterparts have been making rye in large quantities for decades and so are able to draw down from barrels that are 7 years and older. European rye is largely still in its infancy, and whilst it is starting to produce great distillate, at two years old it will take a lot to convince the Scotch drinkers that it’s anything but an early experiment. In terms of standing out from its American counterparts at similar age statements, I think that European rye should develop a distinct category that makes use of its own terroir and does not look to emulate or replicate anything else. European rye grain, oak and a long history of distillation all add credence, experience and quality to current endeavours. When we start to have consistent European rye bottlings at 7 years and above is where we will see how far European rye can go.

Malt: Do you think rye is stigmatised in terms of the style and flavour that consumers expect, when compared to single malt? (E.g. people expect rye to be “spicy”, to have aged in virgin US oak, to be unpeated, etc).

Andrew: All whiskey is stigmatised in some way or another, and rye is no exception. Consumers are expecting it to be ‘spicy’ given how rye is consumed in other edible forms, though in reality, I have found that very few ryes have an overtly spicy profile. You will tend to find the spice in the finish almost as standard but on the palate is where the complexities of the grain, when handled correctly, shine through. That said, I don’t feel rye is as stigmatised as Scotch by the uninitiated in terms of the assumption that it all tastes ‘peaty’, benefiting from the fact that as a category, rye is relatively unknown. Rye has a greater artistic license over what that stigma is or will be. 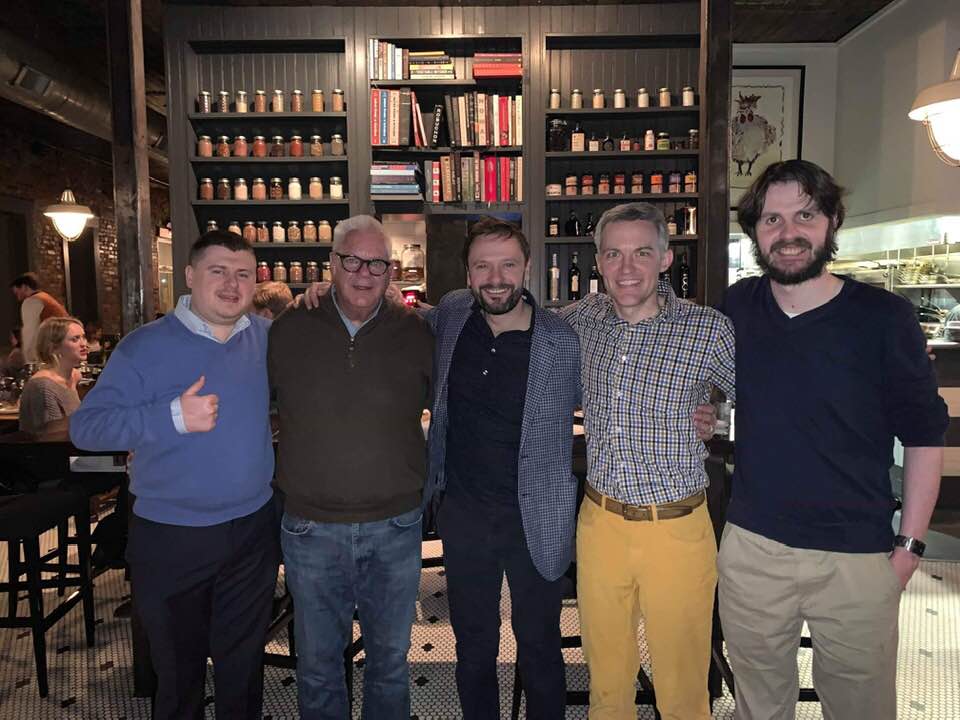 Malt: Could rye command the “respect” that single malt does? (Does it already?)

Andrew: I think it can command the respect that Scotch does and to some degree, does already albeit within learned circles. Single malt is where it all began, globally recognised, famed for consistently producing bottles of high age statement and value. It will take a long time for rye to reach that same level of marketing and brand awareness, but from a pure taste perspective, they can stand toe-to-toe. The best whiskey I have ever had the pleasure of drinking was an American rye by the name of ‘Red Hook’, pulled from a legendary batch of 20+ year old barrels from the Old Bernheim distillery back in the 80’s when nobody cared about American whiskey at all. Unfortunately (or fortunately), American whiskey is now very much en-vogue and it is difficult for any producer to age for the same amount of time without losing a considerable amount to evaporation and with it, their investment.

Malt: Any predictions for the immediate future of rye—from America or Europe?

Andrew: It seems that the popularity of this category, at least in America, has led to a shortage of aged stock, particularly from the contract distilling behemoth MGP in Indiana, where most independent bottlers sourced their distillate while ageing their own. Fortunately, those that have been on the rye bandwagon for the longest, such as Smooth Ambler Spirits, seem to be reaching the convergence in the maturity of their own stock and lack of sourced. New producers will find it tough to compete in the early stages, which is why we are seeing a change in the way we see ‘craft’ production. It’s no longer restricted to simply smaller barrels and a proprietary mashbill. Taking Kentucky Peerless as an example, sweet mash (as opposed to sour) and a lower entry proof all have an effect on the final product that the larger producers simply cannot replicate on an industrial scale. I believe others will start to follow suit, and this can only be a good thing for rye whiskey. A rising tide raises all ships, as they say! 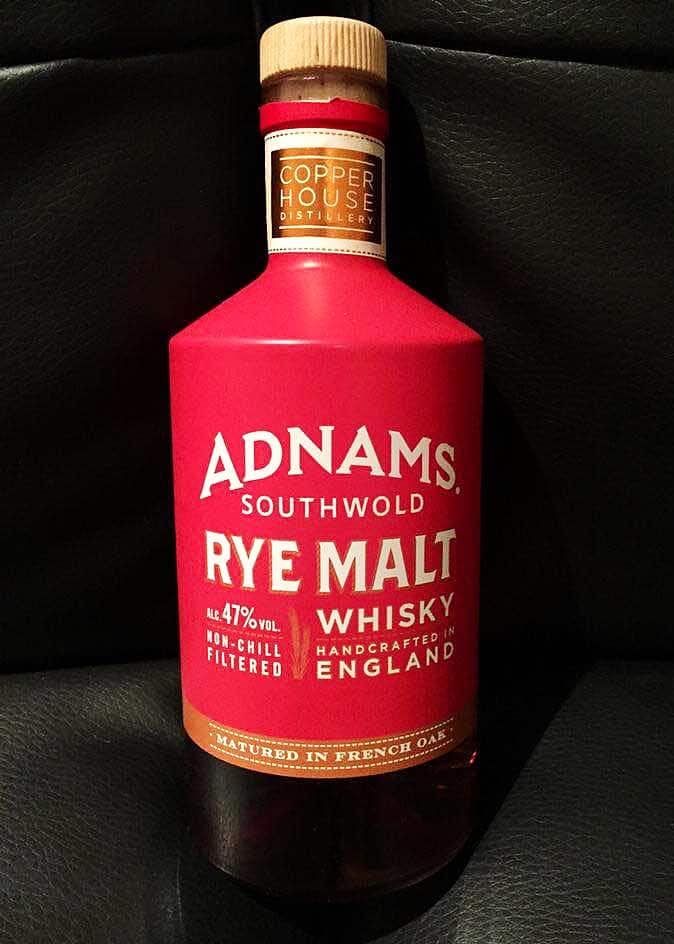