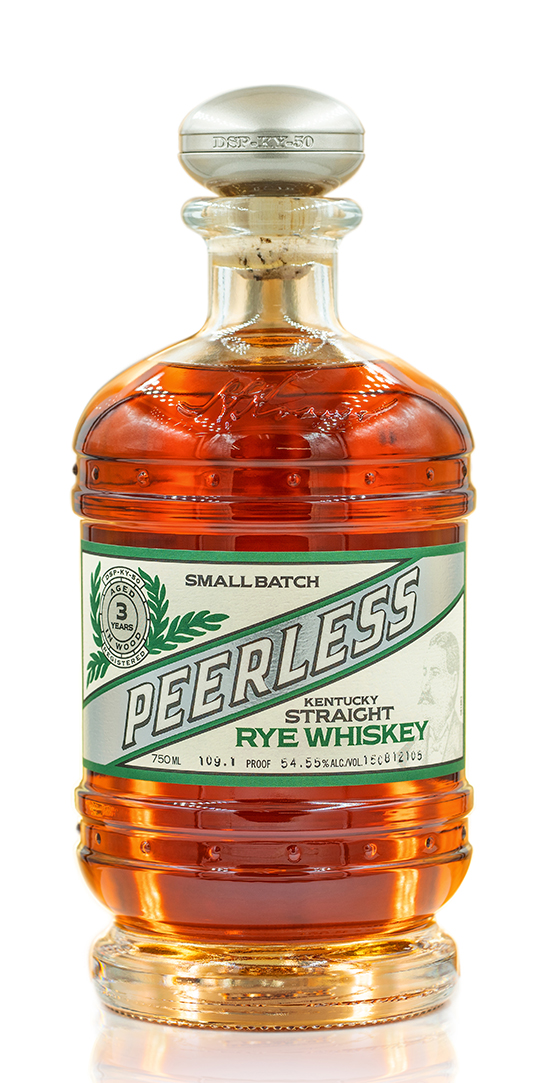 Let’s be honest, it’s hard to get excited about new whisk(e)y offerings these days. The industry feels increasingly like the forecourt of a used car dealership, with salespeople pushing messages from dubious to outright lies. I say that, of course, as someone who receives approximately 245 emails an hour about the latest “innovation” in distilling, which is usually about as new, revolutionary or innovative – and unforgivable – as a pair of hand-me-down Crocs. But Peerless Distilling… well, it’s a bit different.

I‘ve actually followed murmurs about Peerless for a good few months prior to this release being on the market; and, like all good distilleries, the chat about them doesn’t come via a well-intentioned but miles-off-the-mark PR agency – but from other drinkers. People who have gone there, have tasted things in development and have enthused to others. You can’t recreate such things, or manufacture it from a press release, which just goes to show that making a high-quality product with integrity still, somewhat reassuringly, is the only thing that really works if you want a good reputation.

And so yes, Peerless make good stuff – they make the spirit that goes into the barrels themselves, and they make it very well indeed. Let’s talk about production; because as I’m sure all regular readers know, having had the subject projected onto their wired-open eyeballs like something out of A Clockwork Orange, it is what you put into the barrels that matters the most. During our Malt Aversion Therapy we labour the point, somewhat extensively, that whisky is really about the spirit and its ingredients, and not the wood (although that matters too, it all does). What you put into the barrel makes the difference between a “meh” drink and a “fuck me this is astonishing” drink, and I know which of the two I’d want to put in my mouth.

Preamble then: Peerless Distilling is based in Kentucky. Once one of the biggest operators in the state – historically speaking, so much as America has a history(!) – they’re now a micro-distillery. Because they were over a century old, one of the quirks is that they’ve managed to glean the original Kentucky Distilled Spirits Plant Number – DSP-KY-50 – despite today’s operation being a new affair, with the distillery being built properly in 2014.

For some reason that number seems to matter: the lower the better, it’s a statement of kudos or heritage – and heritage matters in a nation that doesn’t really have any in the grand scheme of things… I’m joking, American friends. Sort of. The distillery is still a family affair: Corky and Carson Taylor, fourth and fifth gen family members, are at the helm today; and since 2014 have begun to earn a name for themselves in the hearts of whiskey aficionados, collecting a few gongs along the way.

So, their rye whiskey! Now I can appreciate a decent rye, but I don’t find them to be as complex as a good old fashioned malted-barley-based drink. There, I’ve said it (sorry Adam); let’s get that out the way. Malt whisky, derived from barley, is perhaps the most complex spirit on the planet. (Plus I just like the malt flavour, so there.)

This rye is a sweet mash, rather than a sour mash recipe, and it’s aged for 24 months. I’m no expert on the mash front, but it’s a case of introducing fresh yeast for every mash – craft distilling wonks will steer me right on this curious American technique. Mash bill? I’m resorting to Reddit, of all places, which tells me in its usually questionable ways that this is 61% rye, around 8% barley and 31% corn.

Rather splendidly it’s worth mentioning the technology behind the craft side of things: one of the much-neglected things about whiskey production of any kind is that human errors can produce any number of variables, and perhaps more often than not they’re not intended. What’s mistaken for ‘hand made’ can, in fact, sometimes be a loss of precision; which is particularly frustrating when a distillery has something genuine to say about a spirit’s flavour profile, a perfect mash bill or some magic yeast concoction, and that unintended something else might influence the outcome. It basically ruins the recipe. But Peerless have plenty of kit to ensure the chef doesn’t accidentally knock the pan over, so to speak.

What else can I say about this? Oh yes. The elephant in the room is that this costs US $125 or thereabouts. Pretty dicey for a 2-year-old…

And today we have a brace of tasting notes, as I have paired up with rye-wonk Adam, who is still lingering on Malt; he can’t quite say goodbye, and we wouldn’t want him to. 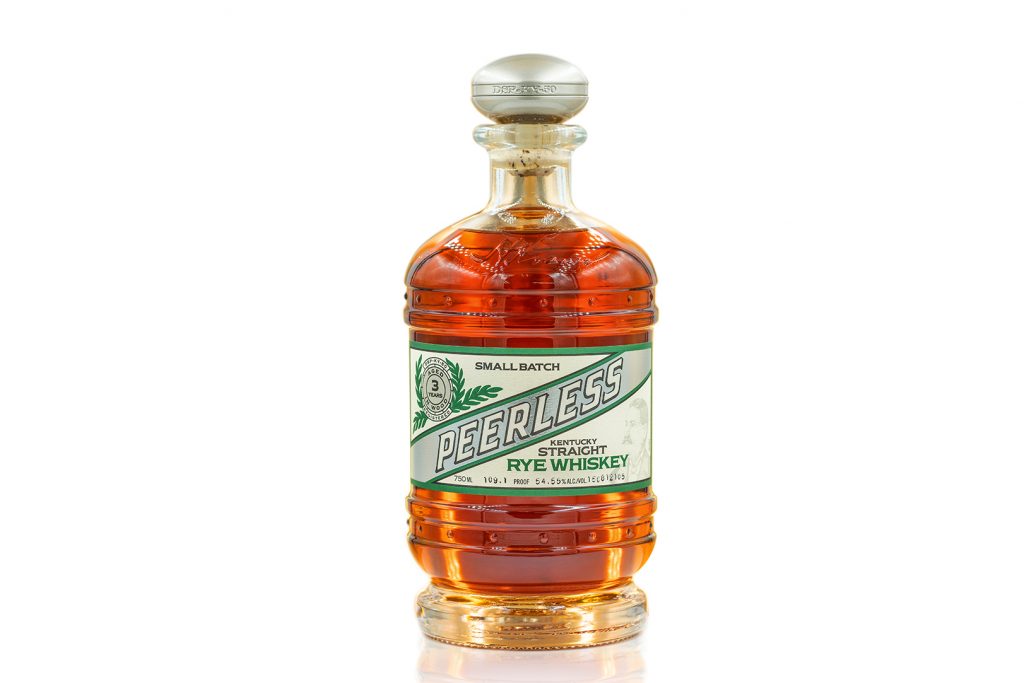 In the mouth: impressive right from the off: a wide spectrum of flavours, diversity, balance, which is where maximum pleasure lies: sweet and sour notes spar off each other. Glacé cherries, quite a grain-forward sourness. Manuka honey. Vanilla, but not an all-out assault; dried apricots, stem ginger, golden syrup. But a slight acidity, green tea, grapefruit, that cuts through.

On the nose: has to be said, for the age, this is a very complex creature. Spices in woody, nutmeggy guise, mingling with toasted grains and caramel brittle. A green apple quality almost reminiscent of Buffalo trace distillate, too. Ginseng.

In the mouth: Really voluptuous texture, with the rye scoring through – mashbill is very nicely judged for balance and mouthfeel. Surprisingly prickly alcohol initially, moving towards caramels, milk chocolate and vanilla on top of lean, peppery rye spice. I’ve noted before that not all rye is spicy – this one definitely is. Less complex than the nose, but still full of character and promise.

Yep, this is very, very good indeed. Not quite there to reach the fantastic Kyro that I had a couple of years ago, which for me just had a hefty texture advantage, and perhaps even a hefty price advantage, but this is as good an American whiskey, and as good a rye whiskey, as I’ve had in a long time. Well made spirit, good wood, complex flavours, something refreshingly authentic about the whole thing. In other words, this is the sort of whiskey that will keep jaded drinkers in the game. It gives us hope.

Is it worth $125 though? I mean I don’t even know how much that costs in a post-Brexit world. If I was bartering, which may well be the state of things soon, I’d say this whiskey was worth about three legs of lamb, a dozen free-range eggs and a box of organic vegetables, which sounds more or less right if you’re haggling.

Leaving aside the very ambitious price tag, this is very impressive for its age and absolutely screams classic Kentucky. The corn content in the mashbill means this naturally will need more years to develop complexity and flavour than a 100% Rye would, but they’ve been true to their roots, gone for a classic style, and made a very tasty thing. Definitely one of America’s best craft operations.

Thanks to Adam for filching the sample! Photograph from Peerless. 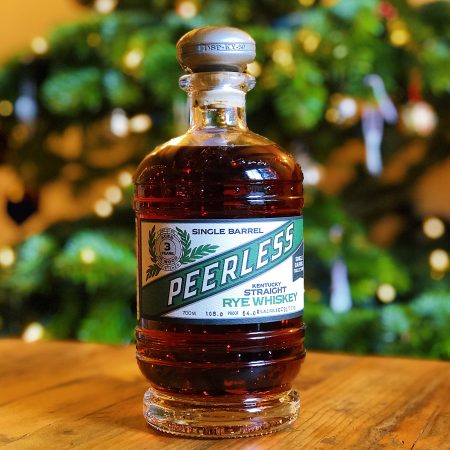