It’s funny the journey a piece destined for Malt can take. The morphing and mutating through a few iterations before the final form is found. Whereas some just flow straight from mind to keyboard to Malt, this is the former.

Back in February, you may recall what would become known by some as ‘The Rebellion’ tasting debuted on the same weekend of the Glasgow Old & Rare Show. The purpose of this was to open, enjoy and discuss whisky from across the decades without charging an arm and a leg for the privilege. Instead, all that was asked was that those attending make a donation of their own choosing to the charity of choice for the day which was the Simon Community. Over £450 was raised, and we all had a cracking time sampling nine different drams.

Now the official line-up of drams was left to the organisers, it was their gig after all. But I didn’t want to come across the pond empty-handed, and so offered to bring a bonus dram for the craic. I didn’t have anything particularly old to offer, but I did have something fairly rare: Dingle whiskey.

It’s been nigh on impossible to get in Ireland, especially the cask strength variants (and the pot still batches also), never mind in the UK or internationally. Thus, I felt fairly confident that no one in the room would have stumbled across my offering of choice.

In my mind, I envisaged me proudly enlightening the crowd with what the new wave of Irish whiskey producers were doing—stick that in your Scotch pipe and smoke it!

But like any reasonable person, I didn’t want to go in blind, and so took the opportunity to try my weapon of choice before entering the affray and then promptly decided I needed to bring something else instead! Which I did. Instead of the Dingle I took over the Bushmills Acacia Wood Finish Distillery Reserve, which got a good reception all round. Sorry Dingle.

Instead of doing a piece where I wax lyrical about all things Dingle and how I blew people’s minds at ‘The Rebellion’ tasting with the finest whiskey the West of Ireland has to offer, it has morphed into a vertical and possibly some Wellsian ranting.

Now many of us here in Ireland have a soft spot for Dingle, in that it was the first of the new wave of Irish whiskey to actually bring their own whiskey to market. No sourced fourth-fill Bushmills or Cooley here with spurious provenance and Lazarus branding (that’s bringing dead brands back to life again). And although young, there was a clamour by enthusiast and speculator alike to get in on the Dingle action and see what the fuss was about.

Sadly though, this clamour also meant that actually sourcing a Dingle in the wild was very, very difficult. Especially the cask strength variety, which is limited to 500 bottles with each release. Living north of Dublin seemed to add to the difficulty of sourcing any sort of Dingle whiskey, and that is a problem that still exists.

I was extremely fortunate to get a bottle of the Single Pot Still Batch 1 from my local whiskey emporium of choice, Fairleys. Now a bit of a shout out here to Fairleys, as they have supported Dingle from the early days of their gin and vodka production and encouraged a local drinks distributor to get involved with Dingle.

Though a supporter from inception, Fairleys have been having trouble sourcing Dingle, like many independents north of Dublin. For example, even though Batch 3 of the single malt had an outturn of 13,000 bottles, only 50 cases were to make it into the Northern Irish market. 300 measly bottles. You can imagine how many of the Cask Strength made it Northwards then.

With the release of Batch 4 of the Single Malt, only 3 bottles of the Cask Strength made it to Northern Ireland, and these were hand-delivered to three institutions in Belfast: one off licence and two pubs. Bottles destined to sit in glass cases and never be opened.

Now I understand that the Cask Strength Dingle single malts are the type of items that collectors would gladly duel to the death at dawn over, that probably only 1% will ever likely be opened, and that retailers themselves were openly refusing to sell them on in previous releases because they were too valuable to pass on to regular punters.

But to essentially make no bottles of the Cask Strength available to actually buy in Northern Ireland is a slap in the face to those independents who have championed Dingle from the start and also, much more so, to us…the paying customer. You know, the guys who might actually like to buy a bottle to consume it, share it with others, spread the Dingle gospel!

As more than one retailer has told me “It tells you what Dingle think of the Northern Irish market”. Not much, obviously.

The other point of interest with Dingle is that they recently lost their Head Distiller, Michael Walsh. There has been practically no information as to who has replaced Michael, but possibly that indicates that along with distribution issues things aren’t altogether rosy on the production front either. Hopefully, I’m very much wrong on this one.

So how did I come to be able to review this trio that you get to read about today if it’s so hard to source?

For the single malt, I was sent a sample of Batch 1 by Omar Fitzell of @thatsdramgood fame. My brother-in-law gifted me a bottle of the Batch 2 that he went to quite some lengths to source in Galway (a mere 216 miles from where I’m located). As for the single pot still Batch 2, somehow Fairleys managed to source one for me and it cost me a cool £100. Ironically, after buying a bottle Dingle sent me a sample. So thank you Dingle for that!

Now for the details. All the whiskies are bottled at 46.5% ABV, are non-chill filtered, and are natural colour. The single malt Batch 1 was fully matured in ex-bourbon casks and had an outturn of 7,500 bottles and was a little over 3 years old.

The single malt Batch 2 was a vatting of whiskies matured in ex-bourbon, ex-oloroso sherry and ex-Pedro Ximénez casks with an outturn of 6,000 bottles and was around 4 years old. The single pot still Batch 2 followed the maturation route of the Batch 2 single malt with nearly 3,000 bottles released. Both the single malts retailed for around £60.

In the mouth: fairly light on arrival – new make, predominantly. The bourbon casks have not seemed to exert much force on the spirit. Again, grappa notes apparent with a touch of pepper. Some fruit trying to force through – unripe stone fruit. Water brings out like juice, lemon pith. Faint aniseed. Tart green apples and a little malt biscuit. The finish is pretty short and sharp. Granny Smiths & lemon/lime juice.

On the nose: I’m enjoying this nose – clean, fresh and vibrant. Cut strawberries, a wisp of vanilla, honey then light sherry notes of raisins, damson jam and some orange zest. There’s a lovely maltiness here and an almost ale-like note swimming around. The trademark Dingle saltiness, although subdued here. Water makes the European oak activity more forthcoming…toasted oak with cocoa powder and just the faintest note of new leather.

In the mouth: quite a powerful arrival – a little syrupy sweetness on the front of the tongue, then pepper heat and rich oloroso sherry. Chocolate, almonds, salted caramel doughnuts. A hint of strawberry laces, then allspice and oak. Again, there is a slight minerality here. Water brings brown sugar, red berries and sultanas. The finish is medium with butterscotch sundae, chocolate and dried dark fruit.

On the nose: butter, cream and vanilla. Werther’s originals. Less spirity on the nose than Batch 1, sweeter and less spicy. Lemon zest that eventually gives way to the dry, herbal undertone of Batch 1. Then an almost tinned peach note arrives. Biscuit and a tiny amount of raw ginger.

In the mouth: there is that initial vanilla and caramel sweetness that is associated with ex-bourbon maturation, followed by a massive dose of pepper heat and prickliness over the tongue that overtakes everything. The bitter pith note from Batch 1 is there too, along with the envelope glue. Actually quite sharp and sour. The finish is not that nice…..citrus pith, bitters and pepper heat.

Welcome to the Jekyll and Hyde nature of Dingle whiskey.

Starting with the Batch 1 single malt. It’s apparent to me that it wasn’t ready to bottle; it needed more time. Much like the Teeling Single Pot Still Batch 1 release, patience was required to show off the product in a better light. I don’t know what Dingle’s financial state is, but if they didn’t need to cash in on their maturing stock, then they should have waited and let the casks work a bit more on the base spirit. There was a lot of love online for this when it was released; personally, I’m not sure why, especially considering the asking price.

Things improve markedly with Batch 2; the difference is quite remarkable. It seems like everything was a little more on point in this release….spirit, cask choices and vatting. Although still young, it certainly gives an indication that there is indeed some very good stuff maturing in Dingle.

Finally, the Single Pot Still Batch 2: the bottle that got left at home. I tried a fully PX-matured SPS at The Whiskey Social in Belfast which I’m sure was a component of this vatting. I felt it had certainly progressed from Batch 1 but still wasn’t quite the finished, balanced article; still, I looked forward to Batch 2’s release anyhow, especially once I became aware it would be a vatting of bourbon, oloroso and PX-matured stock.

Well, what can I say but what a massive backward step and a disappointment. Once I tasted this, it was very evident I could not bring this to Scotland. I’m not sure what went wrong here: poor spirit runs? Poor cask choices? I don’t know, but the palate is so far from the nose it’s frightening. Unfortunately, I really, really didn’t enjoy this.

Hopefully the good folk at Dingle get a handle on things both production wise and distribution wise. A lot of people have a warm, fuzzy glow in their hearts for Dingle and really want it to succeed. Let’s hope they meet the expectations. 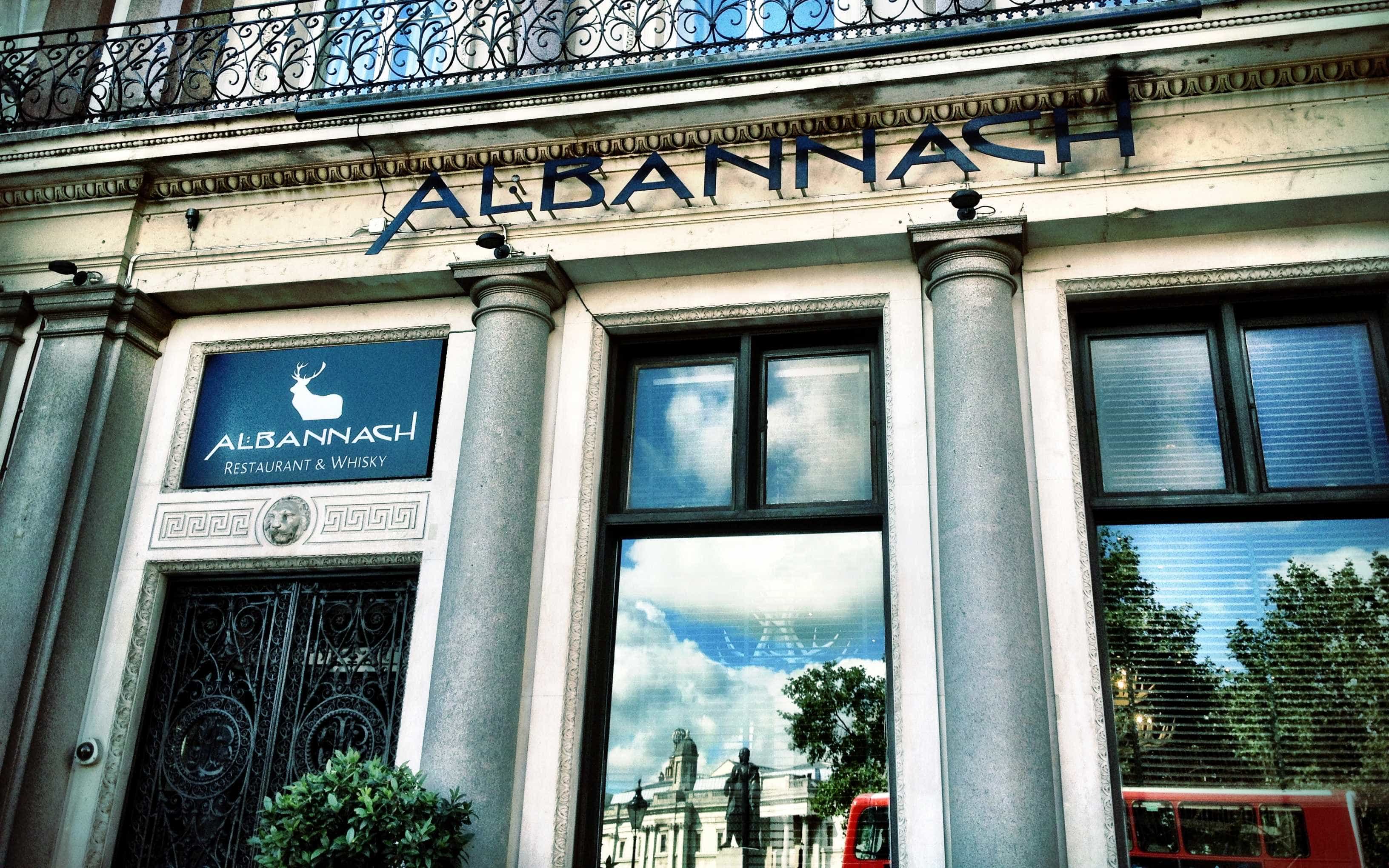