Sour and mash isn’t a combination of words we are used to seeing in Scotchland. Certainly, we use both but never in conjunction with one another. Sour often prompts memories of those green jelly sweeties and the legacy of that chemical aftertaste. Mash, of course, brings back warm fuzzy feelings of heaps of potato laced with butter and seasoning. Often accompanied by bangers (that’s sausages to non-UK folk) and a rich decadent gravy.

I’ve gone on the record that whisky is becoming a little soulless and empty nowadays in my personal opinion. I don’t know if that’s just a reflection of the quality of the product we’re seeing, the general sameness, rising prices or the marketing nonsense that distilleries lavish upon their rather dull produce. Throw in the painful routine of trying to purchase something new amongst a festering of flippers, or the social media battering from influencers and you have a recipe for disaster that propels me elsewhere.

The soul is in danger of being sucked out of whisky in pursuit of profit and greed. As I write this article, friends are in Campbeltown for the festival and will more than likely head to Islay for yet another festival. Many on the ferries and in Scotland’s distilling capital will be there to purchase bottles and walk across the car park to the nearest auction drop off point. Others and I count my friends amongst this number, will be there for tangible reasons and a positive experience. Sharing time with one another and whiskies. Remembering when things weren’t so financial is important. After all, there’s nothing better than the sound of a cork being popped – far sexier than a seal being snapped – and the air of expectation.

Exploring produce from the other side of the pond, therefore, comes as light relief. Yes, ok, it might also constitute a light refreshment of limited flavours (mostly vanilla), but at least it’s something different and a reviving tonic. All of this leads me to today’s offering with the Michter’s US Original Sour Mash being the focus. I’m still somewhat surprised that this is the debut of the brand on MALT given the efforts of Adam previously. Perhaps this underlines the sheer range and depth of offerings available in North America.

Michter’s sour mash was a very popular whiskey during the 1970s and into the 1980s across America, but even this prominence could not save it from the bourbon slump and bankruptcy. The offering was removed from sale when the distillery located in Schaefferstown, Pennsylvania was closed. The brand was re-launched in 2012, after being acquired by Chatham Imports, from a new Kentucky distillery, with a small batch approach that aimed to deliver the style of the previous Michter’s sour mash whiskey.

For the concept of sour mash, I reached out to my bourbon dealer in the form of Tony69, who you can often see in Seattle abandoning his wagon on the freeway to walk his dogs. However, our chat soon turned to mash in general and sadly not a single potato was in sight.

MALT: Where does the concept of sour mash come from?

Tony: After you distil and ferment, you leave a little bit of the fermentation in there (back set) and it helps reduce contamination greatly because the pH levels are already there. In sweet mash you have to clean everything after every batch. It’s very labor intensive. Sour mash supposedly helps keep a consistent flavour.

Tony: All of American whisky is pretty much sour mash. I don’t have a preference. The hillbillies found out they had less contaminated batches if they left a little from the previous fermentation. So, they left a bit in the bottom. Like making sourdough bread to start the next batch.

This is why Peerless 2-year-old rye costs $125 a bottle. They use the sweet mash technique because they believe it creates a higher quality. It also helps them differentiate themselves from the pack. Wilderness Trail uses the sweet mash technique too. Dr Pat Heist is probably the smartest guy in bourbon and if he believes this creates a higher quality whiskey, I believe him.

Their reasoning behind sweet mash is actually contradictory to old legend that sour mash is used for consistency. They want high quality distillation and fermentation every time and want to perfect it. That back set could be contaminated in some way. Their fermenters are designed so that they can steam clean the entire lines no problem. Modern technology. That’s a reason why older distilleries still use sour mash because they’d basically have to clean all their equipment. Their yeast has detectable amounts of furfurol and ethyl acetate, like what develops in older whiskies. That’s why their 4-year stuff tates a bit older. It also masks woodiness.

MALT: Do you think there is a reluctance from the bigger distilleries to acknowledge the sweet mash approach?

Tony: There’s no way they could do sweet mash without skyrocketing prices. And it’s also believed to keep the flavour consistency, which they want. Wilderness Trail and Peerless want their batches to be a bit different.

MALT: Michter’s was pretty popular before it shut down in 1989. Have you ever compared the old versus the new versions side by side?

Tony: I think I tried some vintage Michter’s with the devil (Alexandra), but neither of us were impressed. The new Michter’s just purchased the name. They don’t really have a connection to the distillery of old. The original Michter’s had some sort of connection to George Washington. The current version released a whiskey claiming it was what George Washington drank. Even funnier is that it was sourced from an unknown distillery. It’s all NAS, except for some special releases with astronomical prices.

Unknown source, proofed down, overpriced and bad marketing. See why I hate them?

MALT: So, do you think in a blind tasting between sour and sweet, that sweet would win?

Tony: I don’t think between sweet vs sour mash that one will create a better whiskey. Just maybe a slightly different product. Maybe at younger ages, sweet mash might taste better given that I’ve tried Peerless 2-year-old and Wilderness Trail 4-year-old and they’re very good compared to similarly aged whiskies.

And with that retort he sped off in his wagon to chase down another bottle of Pappy.

Bottled at 86 proof or 43% strength, using fire-charred new white oak American barrels, Michter’s is widely available even in the UK. Expect to pay £49.96 from the Whisky Exchange, or for the same fee from Master of Malt for the privilege, with Amazon coming in slightly more at £57.07.

On the nose: best summarised as honeyed wood with elements of balsa and that white plastic-like wood glue. A coating of sawdust, hints of cherry, maple syrup and the comfort of cinnamon bark. There’s also vanilla toffee, charcoal, freshly opened Cornflakes followed by sage and fudge.

In the mouth: a pleasant mouthfeel followed by caramel, milk chocolate and honeycomb. Midway we have more of that vanilla toffee before things turn a little peppery before butterscotch takes us onto the finish with Werther’s Originals.

A solid whiskey and as such I’d happily give it a 5 which you can read all about in our candid scoring guide. Very much an easy drinker without too many thrills or layers. It does seem a little expensive in the UK for the experience but you’re paying for the marketing and small batch ethic. Whether or not you’re happy to do so is down to you. Ideally, an everyday affair; or a whiskey for someone just starting out on their own exploration of the realm.

Lead image kindly provided by Abbey Whisky. There are commission links within this article but as you’ll no doubt know, this never influences our opinion. Thanks to Jessica at The Academy Drinks for the sample. 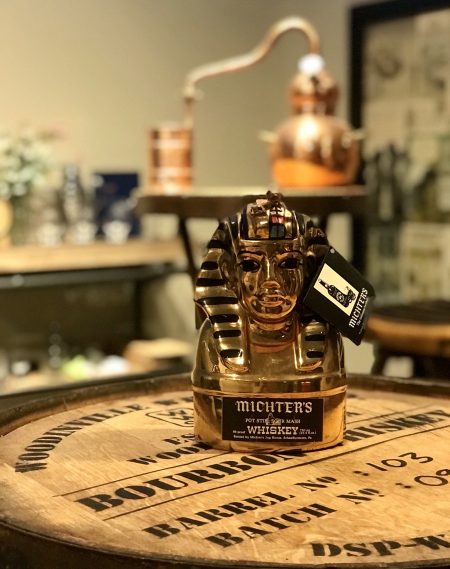 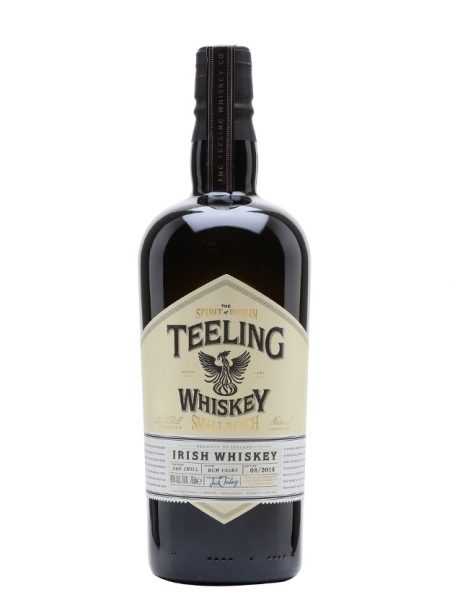