Things that make you go “hmmm…”

Those of you of a certain vintage will now have the throbbing beats of C+C Music Factory pulsing in your heads, while others will be scratching theirs.

Contemporary whiskey is full of “head-scratchers,” as an old colleague used to call confusing or perplexing decisions. For example: how can a company sourcing whiskey from an industrial-scale distillery call the resultant product their own, in any meaningful sense? Or, what do tattoos, Vikings, and Rioja have in common?

With that in mind: If I told you that someone had created a whiskey to honor the legacy of a family whose name is synonymous with Kentucky bourbon, what would you expect? Well, Kentucky bourbon, certainly. Perhaps a single barrel of some especially tasty juice a la Blanton’s, or maybe a small batch comprised of the finest aged stocks from the distillery that bears the family’s name?

How many of you would have guessed “a blend of Kentucky rye, Canadian whisky, and Canadian rye?” Show of hands? That’s what I thought. Yet, this is the pitch that accompanies this Little Book release, the second in a series. To try to make some sense of this, a bit of background is required.

The Booker’s label will be familiar to whiskey drinkers as a part of Beam Suntory’s portfolio of small batch releases, along with Baker’s, Basil Hayden’s, and Knob Creek. Booker Noe himself was a grandson of Jim Beam, and his son Fred Noe is Beam’s current Master Distiller.

Freddie Noe (Fred’s son and Booker’s grandson) hung out his shingle in 2017 with Little Book. The label states “I created Little Book as an honor to my granddaddy, Booker, and our shared love for creating unique blends to share with the world.” Alrighty, then. Little Book is packaged in a wooden crate with a clear plastic “fourth wall” (similar to Booker’s) and a wax capsule, though this is where the similarity to Booker’s proper ends.

Apparently it was considered a success, as 2018 brought this second Little Book release. It is called “Noe Simple Task” in a reference to the purported effort spent creating it. A trip to Alberta Distillers (owned by Beam Suntory) catalyzed Freddie’s interest in blending some Canadian whisky into the next expression. That resulted in a grueling (violins at the ready) 40-recipe progression, until the young Noe finally settled on the blend we have before us today.

This is a blend of 8 year old Kentucky straight rye whiskey, 40 year old Canadian whisky, and 13 year old Canadian rye whisky. It is bottled at 118.8 proof (59.4%). I was able to acquire a bottle for the MSRP of $100 which, you might be interested to know, compares to the prior year at $80.

On the nose: Lots of ester initially. Firmly stuck in the top half of the range, with freshly-cut flowers, Cow Tales caramel candy sticks, crushed mint sprigs, mandarin orange, Tellicherry peppercorn, and a stern note of rye balanced by some more ample vanilla notes and a warming scent of buttered croissant. Some water brings out a juvenile green woodiness, apple tart, and a note of wood polish.

In the mouth: This is mouth-puckering at first, with a tart citric entrance transitioning to the midpalate by way of a creamy wave of vanilla. There’s more orangey flavors for a moment before this turns very steely with a crescendo of alcoholic heat at the top of the tongue. This lingers on and on with a creamy heat, if such a thing is conceivable. A splash of water smooths this out towards the end, with some spicy notes of cayenne pepper leaving a persistent tingle at the edges of the tongue and sides of the mouth. The aftertaste and residual mouthfeel on this is subtly metallic, dominated by the rye whisky/whiskey in the blend.

They got the “unique” part right, that’s for sure. This is an interesting whiskey, with plenty of nuances. It’s challenging whiskey, coming off a bit hard-edged without dilution. Even with some water added, it’s still got plenty of angular, austere elements that, at the least, prevent this from being ignored. Still, I don’t find myself really enjoying this on a hedonistic level. It feels very academic. I should send some to our resident rye expert, Adam, for his professorial consideration.

Conceptually, I love the idea of a roving blender within an international beverage conglomerate the size of Beam Suntory, cherry-picking barrels from here and there with the intention of creating something extraordinary. The 40 year old Canadian whisky particularly piqued my interest, and I feel like the blend could have used a bit more of it to mellow the intensity of the rye. I hope they’ll let Freddie loose at the Yamazaki and Hakushu warehouses next, though I’m not holding my breath.

Is $100/bottle the correct “price of admission” for this experimental approach? That feels a bit punchy to me, and I suspect the annual limited edition/collectability angle is being emphasized. I’m not ruling out a future purchase if they can keep the price reasonable and the contents compelling, but I’m not running out to stockpile more bottles of Chapter 2 at the moment. 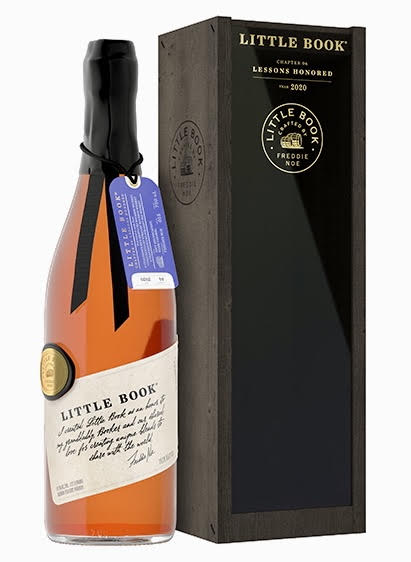 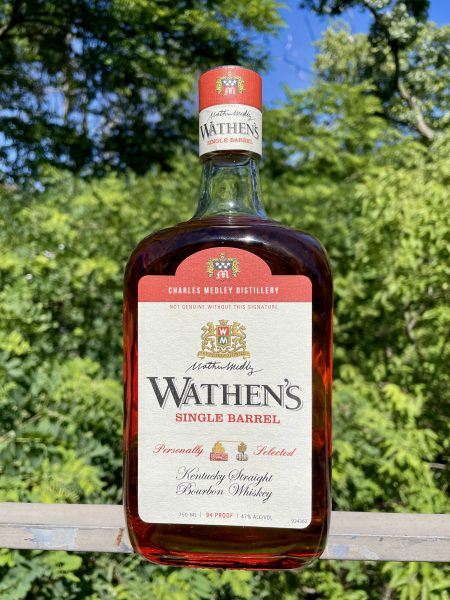