That was an awful haiku, I admit. I wanted to start with something Japanese so there you go. But this fact is, to me, undisputed: no other whisky category is more polarising than Japanese whisky. Note I didn’t say “whisky made by the Japanese” because that would be misleading and not tell the whole truth. If you’ve been following the scene, you’ll know what I mean (did I just sound like Vanilla Ice there?). The past few years have seen a massive – understatement – rise in demand for this nation’s whiskies. And the true aficionados are being punished for it heavily. The last time I had Yamazaki 18-year-old was a couple of years ago when it wasn’t yet kept in cupboards like trophies you win in a singing contest. But I digress.

Ever since my childhood, the words “Made in Japan” made anything and everything look and feel premium. Even today, Japanese-made products are probably one of the most sought after in the market; whether it be electronics, cameras, collectibles, and the like. As any audiophile will tell you, Japanese pressings – vinyl-geek parlance for LP’s locally produced – are highly prized not just because of their provenance but more so in terms of their inherent sound quality. I have friends who swear by this, plus the obi makes it so damn cool-looking. The close attention to detail and a culture of ‘making the best products possible’ are the hallmarks of contemporary Japanese goods. And this is translated in their whiskies. The REAL Japanese ones anyway. Pretenders are aplenty.

I will not bore you with news on dwindling stocks/new bottles (take your pick) of the Yamazakis, Hibikis, Miyagikyos, Chichibus and the like. These famous brands have been percolating in the mainstream whisky media for what seems like every month of every year. Doom and gloom for an entire whisky industry. Yada yada yada; you get the picture. I prefer to see this period as that of a phoenix that will soon rise from its ashes. “Soon” is rather optimistic – whisky glass half full kinda thing. If you remember, way back in 2011 there were only nine distilleries operating nationwide, while today, the number has ballooned to more than 20. There’s quite some ways to go yet when stocks are replenished and new bottles hit the market, but the Japanese are making strides. At this point, though, it’s a dangerous minefield as some of these so-called distilleries are taking advantage of the ongoing boom and are merely repackaging plants for scotch, which are reborn with fancy Japanese names to lure unsuspecting schmucks to part with their money in return for instant Instagram likes. Lucky for us, some of these are really newborn.

And so we have the Kanosuke Newborn. A new Japanese whisky from Kagoshima distillery based in Kagoshima Prefecture and is owned by Komasa Jyozo Co., who are famous for their Shochu – a spirit they have been distilling since 1883. The Kanosuke Distillery is named after the 2nd generation leader of the company, Kanosuke Komasa. The 2018 New Born was distilled earlier in the same year and “mellowed” for eight months in American white oak ex-shochu casks. These are the same casks that used to hold Komasa Syuzo’s Mellow Kozuru brand of barrel-aged rice shochu. These puncheons (450liter) are rejuvenated and recharred by independent cooperage Ariake Sangyo, based in neighbouring Miyazaki prefecture. It’s bottled at a generous 58% abv but it only comes in a 200ml bottle.

We’re always harping about transparency in Malt so we wanted to know a little more about how the New Born was, umm, conceived. So I went straight to the source and asked Komasa Jyozo Co Ltd for more details. Fumika Mori-san from the Oversea Section kindly told me that they used only non-peated malted barley from the UK with a fermentation of 3-4 days and distillation time of 5 hours. This bottle was a kind gift from a friend who vacationed in Japan.

On the nose: oh so sweet, confectioners’ sugar, lychees, longan and rambutan on the initial nose, tropical fruity, subsequent nosing is still sweet, vanilla chiffon cake, bread pudding, a touch prickly on the nose at times, and hints of banana milkshake at the tail end. Absolutely wonderful for an eight-month old whisky.

In the mouth: not much heat despite the ABV! Thailand sweet-sour tamarind (oh my, first time for me to taste in a whisky), the vanilla and sugar icing shines through with much bravado, some cinnamon spice, bananas with condensed milk, the finish is medium-ish in a bittersweet fruity medley.

Is this really only 8 months old? Imagine its potential in 3-6years time. It’s a brilliant whisky, not only for its age, but more importantly, for what it represents for the future of the whisky industry in Japan.

The Kanosuke New Born has been given the “Best New Comer” award and the distillery the “Best Japanese Craft Distillery of the Year” at the Tokyo Whiskey and Spirits a Competition 2019. Double awards from Japan’s first ever large-scale spirits competition and they’ve only been making whisky in 2018! And they only started production on November 2017. Fitting awards, maybe, but it may only exacerbate the problems of Japanese whisky. Flippers and auctioneers are rejoicing. Another one for their exploits.

The success of the new Japanese distilleries is a sign of a renewal. Investments are pouring in from craft breweries and distilleries (beer, gin and shochu makers) with their own unique style (they say) on this beloved spirit and many of them have never even made whiskies before. Kanosuke, for example, have pot stills of different shapes with both descending and ascending lyne arms. Diversity seems to be the goal here. Whether this virginity brings true innovation to the market remains to be seen. But I’m always optimistic. Because if they produce “me too” products, they’ll fall by the wayside. And we’ve already seen a lot of that. The Tokyo Summer Olympics in 2020 seem to be the springboard that Kanosuke is aiming at. If so, Kanosuke may well become a household name. 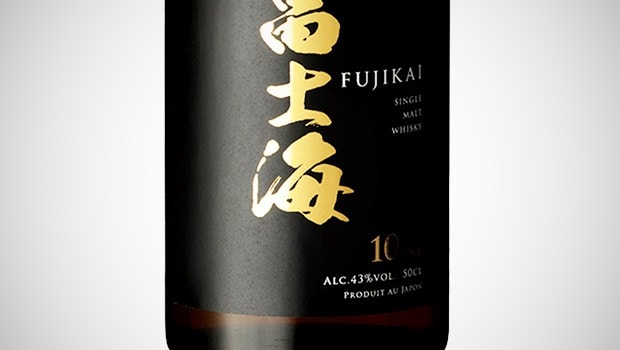