Welcome to the 2nd and concluding part of our blind tastings.

In summary, I bottled samples of this release and passed these onto a trio of the team to review blind. There were no details provided or deadline given, which partially explains why this double bill has taken the best part of 5 months to compile.

The opener was the Glenfiddich Fire & Cane release that went down particularly badly in the blind format. I wanted to strip away the branding and marketing that this distillery shrouds itself in and let the whisky do the talking. Sadly, it mumbled and fell massively short across each of our blind tasters. The blind format also removes any potential criticism of bias, which we always seek to avoid here. Even now, the tasters don’t know the scores until the articles are published online.

For this sequel, the approach was totally different. The Springbank marketing as it exists is simply by word of mouth, shop tastings and reputation. A polar opposite from Glenfiddich, which cannot match the sheer quality, or the prospect of Springbank. Ask yourself which would you rather taste and which whisky would you have higher expectations of? I’d suggest the majority of onlookers would answer Springbank.

It was this initial impression and looming prospect that I wanted to remove via the blind format. Everyone immediately thinks because its Springbank it must be good? Nothing could be further from the truth and the outcome is extremely interesting.

This 15-year-old Springbank is the 2018 release and personally is more peated that I can previously recall. Personally, I like it, but for obvious reasons I was excluded from this format. Bottled at 46% strength this release has currently sold out via Master of Malt and the Whisky Exchange is asking £66.95 currently, or Amazon £68.50. Shared Pour have a later edition available for $177.99.

On the nose: There’s an instant burst of fresh, green apple. There’s a hint of Carambars and a slight damp earth note which develops more after a wee while in the glass. After a few minutes, the apple becomes more toffee apple. There’s Golden Syrup and banoffee pie and a whole mix of sweet shop sweeties: flying saucers, foamy shrimps and pear drops. Left a few minutes longer and those damp earthy smells become more like old bank notes in a leather wallet. With a few drops of water, red fruit aromas appear with a distinct strawberry jam note in the background.

In the mouth: This has a slight oily texture and is fairly thick. It tastes earthy and is dry in a black tea kind of way. After a while, a charred meat flavour starts to appear and then this becomes quite sooty. This sootiness really lingers on the roof of the mouth and continues right into the finish. With a few drops of water, the sooty, ashy quality diminishes although you can still taste it if you lick your teeth! More fruit elements appear, reminiscent of grilled pineapple and gammon with hints of Applewood.

This has a sooty, ashy quality which feels like it’s more from the distillate than from the cask. But what do I know? The nose is wonderfully complex; on its own that would be an 8. Overall this is a lovely dram. One for a cold night by an open fire. If only I had an open fire.

On the nose: quite fruity & sweet – fruit salad sweets, dried apricots, pear boiled sweets and tinned pineapple. Vanilla and caramel. Salted nuts with a soft smokiness lingering in the background with oak shavings.

In the mouth: thin legs in the glass transfer to a thin and watery mouthfeel. A sweetish arrival of brown sugar and dates. Slightly nutty followed by a wave of full throttle pepper, spice and overbearing smoke. The finish was rather short, ashy, drying and tart.

I haven’t a clue what this is but I feel like its from a supermarket own brand. The nose was actually pretty appealing but when it hit the palate….well, for me things went south pretty quick. A lack of body, a total lack of flavour development and a palate that fell way short of the nose. It was also for me exceedingly hot, the chilli pepper attack and smoke dominated the palate. Not a dram I’d return to in a hurry.

Jason: I’ve obviously had this Springbank as well and not had the benefit of the blind format. I was quite struck by the quality that you were receiving for the asking price. This is a whisky that I’d gladly keep in stock around my house as an everyday dram.

However, I find Phil’s notes interesting. Perhaps this Springer is too punchy for him? I’ll pour him another when I make it over to Ireland and see what he thinks.

There are commission links within this article if you do wish to make a purchase. Photograph kindly provided by the Whisky Exchange. 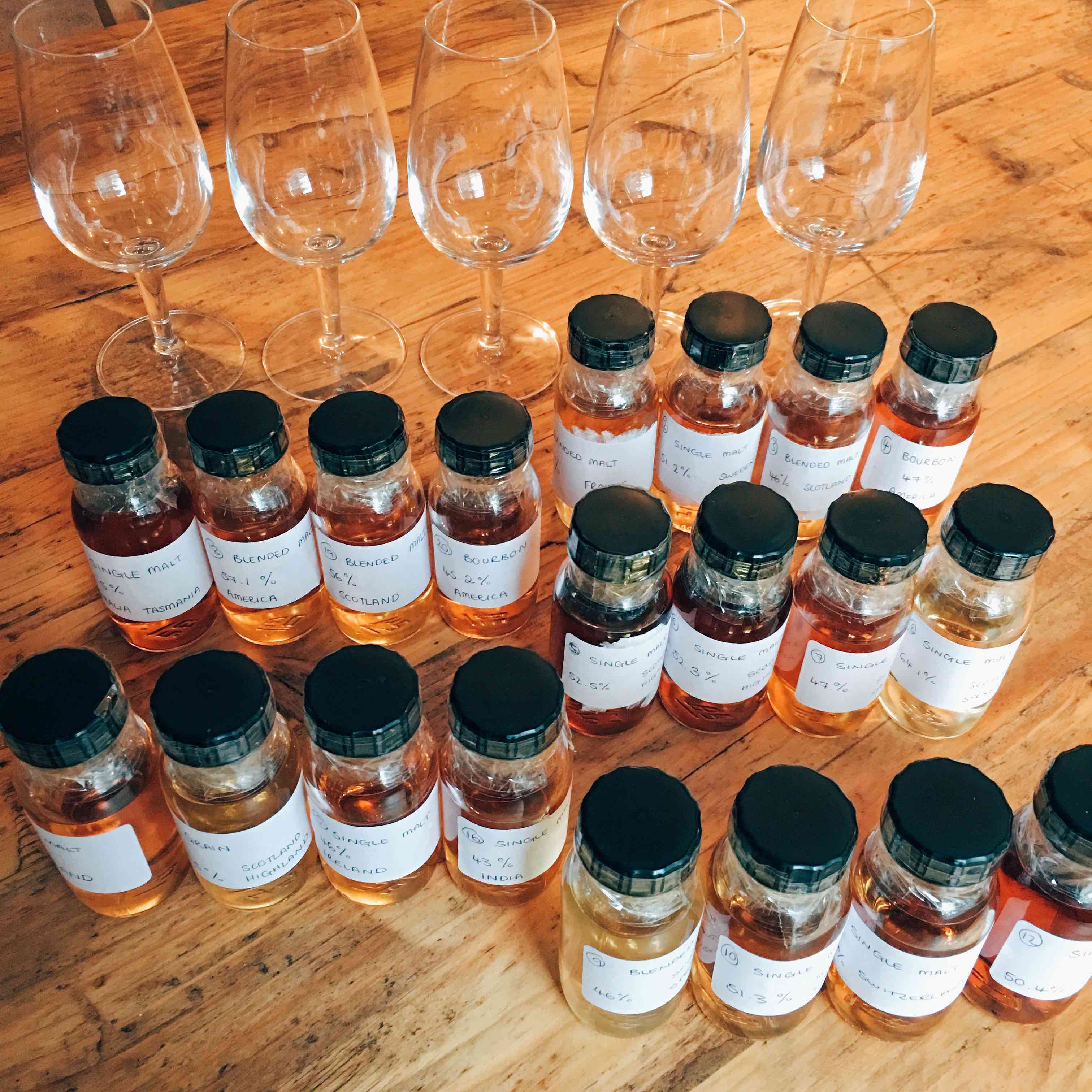