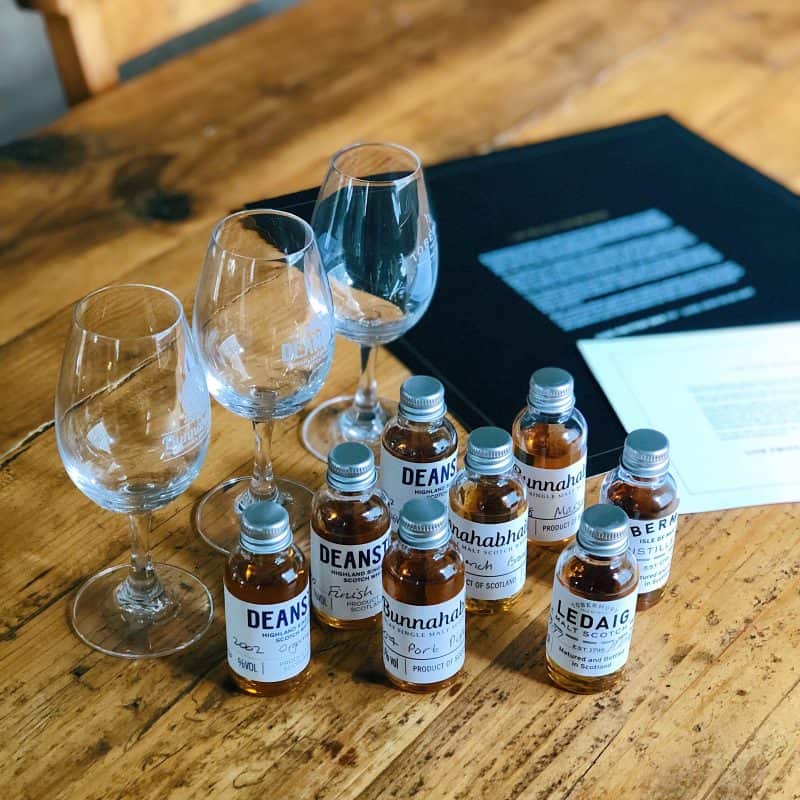 There is no elegant way to do this. Yes, we do like to create something of an essay for each article, some well-considered piece, an oblique angle into a review that hopefully means something more often than not. You could read tasting notes anywhere, after all.

But after a while, a curious thing may happen to a whisky writer. Samples arrive. They mount up. A more curious thing: about 20 samples landed alone in the last three weeks. 20! Yes, you may think it is marvellous, but I like to give at least 80% of everything that comes my way an opinion – because, after all, giving my opinion is one of my favourite hobbies.

Something of a Sample Mountain has built up. A whisky lake – or in sample terms, more of a whisky puddle, I suppose. And this sample puddle taunts me, raises paranoia of some whisky-infused Mafia hit job on me and my interests. In short, I’m worried I’ll wake up with a hogshead at the foot of my bed if I’m not careful.

Yes, it’s wonderful to be sent things. I am conscious most PR folk send samples on for some added coverage on a high-traffic website, but I am very British about all of this and the guilt of not having reviewed something quite often haunts me.

Of course, as I have said, the idea of this place, editorially speaking, was that anyone can write whatever the f*ck they want about a whisky; we can argue about it among ourselves; we can fight with each other. That is really okay, because hopefully, you will understand our nuances. Not simply a case that everyone has an opinion (most of the others are WRONG anyway), but each of us likes to get under the skin of a whisky, from our own personal point of view, offering some insight along the way.

We don’t offer paid content around these parts, even though we get regular offers from brands (I feel it unethical to share half the sh*t that litters my inbox); we don’t do banner ads either, and anyway, most of you will have ad blockers. So we are able to lean upon our own feelings. Personal stuff. Insights, opinion, debate – but from the heart. A bit of honesty. And hopefully, that’s why you lot – with nothing better to do than read about whisky – keep coming back. It’s why the most masochistic of you actually subscribe to our Patreon.

But today I am letting you all down. I have bugger-all insight. I have a tasting-note-dump, with no coherence, no pretty phrases, no rants on how terrible everything is. Instead, tasting notes, by the bucket-load, like we’re blogging in 2004. The sensible ones among you will simply scan for scores.

On the nose: light and youthful, a smidge of spirit still shining through, slightly malty and biscuity at the base; strawberry jam, cranberry sauce. Golden syrup. Rice pudding. Ginger, cinnamon, milk chocolate. Simple and sweet. A little coffee, more of a milky latte.

In the mouth: good texture (I find this with port wood – what is it that does that?), simple delivery, but delicious balance. Juicy, clean fruity, a little raw. Apricot jam. Ginger again, though not especially warming. Darker fruits: blackberry and apple crumble. Coffee. Cinnamon. A little imbalance, a slight acidity that doesn’t belong on the finish.

The good days of GlenDronach are behind us, but it can still put out a few nice things now and then. This is refreshingly pleasant. (As a side note, a most stingy sample was sent from GlenDronach. I think they must not like my recent grumpiness, but more seriously how can we form a good enough opinion with a teaspoon of spirit?)

On the nose: not hugely forthcoming at first; the old wood is there, cellars, inky. Blackberry jam. Not massively complex. Fennel. Coffee ground. Rather too woody perhaps, a bit overcooked. Lots of heat. HP Sauce.

In the mouth: better than the nose, more intensely sticky blackberry jam. Molasses. Lots of tannins, and quite prickly to boot. Figs, raisins, dates, right at that end of the spectrum, but overpowered by old wood and black fruits. Again, bitter coffee, walnuts, balsamic vinegar acidity.

A bit of a blunt instrument – the Rioja brings some heft, but the spirit or the cask was no fun at this venerable age.

On the nose: peat! That was a delight. Quite heavily peated, not a sweet smoke, but ashy, plum jam, soy sauce; redcurrants: cranberry sauce. Iodine. Hazelnut chocolate.

In the mouth: oof, such brutal flavours is surprisingly good: not exactly nuanced, but two forces working together. A bit too bitter: ashy smoke mingling with earthiness, and it takes a while for the sweetness to bring balance: touches of molasses, maple syrup, dates and prunes. Very dark chocolate. It does become a little too woody. In the middle are some black tea notes, with brazil nuts.

Peat is often a game of intensity, not complexity, nuance or art; it covers a world of sins. But under the rules of the intensity of flavour, and of having pleasing things done in one’s mouth, this was a fun whisky indeed.

In the mouth: much better than the nose, but still a blunt instrument. Very warm, chili pepper heat, with cinnamon, burnt sugar, syrup, vanilla, digestive biscuit, very woody. It grows increasingly sweet, intensely so: the syrup dominating. Water takes away the aggression, but leaving a slightly industrial note, and lacks some of the fun.

It isn’t an especially delicate or subtle dram. One for those who enjoy intensity over complexity. Available from Master of Malt for £71.41.

In the mouth: beautifully silky texture; not cloying, but elegant, velvety stuff. Echoes the nose perfectly, with some chewy dried fruits, at the lighter end of the spectrum. Ginger, nutmeg. Assam tea – with jam tarts. At times a touch solventy, but that doesn’t detract from the balance. Mixed peel, touches of red fruit acidity, back to pleasing gooey warmth.

On the nose: creamy, slightly funky brie cheese note from the cask – but it’s very nice. Classic dried fruits: raisins, figs, slightly richer with maple syrup and heather honey, heady and layered. Mead. That funky note is there still. Old leather sofas, a spill of perfume drizzled into the cracks.

In the mouth: gorgeous texture again. Just so silky! And huge sweetness from the cask. Tiramisu, maple syrup; praline. Mince pie and ginger. Orange chocolate. Allspice. Some prickly pepper and cloves. The sulphur-esque funk on the nose makes itself known here too: slightly rubbery and vegetative, which is a shame; a shame to lose the uniqueness of organic barley to the funk of the cask.

One of the few Scottish distilleries bothering to show an interest in the grain – a good, easy first stepping stone is investigating organic barley. But dram for sherry lovers and despite the funk it’s still wholesome fun stuff.

A solid dram, a pleasing texture, but also by now I’m just simply convinced that Deanston has snuck under everyone’s radar as a great-value distillery.

Not convinced. When you finish a whisky of this age, alarm bells start to ring: what, three decades ain’t good enough for maturation?

On the nose: now that’s rather alluring if a little funky. Sweet caramel with some green fruit underneath, grassy even. Treacle sponge and custard, ground almonds. Heather honey, prunes. Cinnamon, quite prickly on the end.

A bit blunt, a bit simple, and I don’t think the spirit was top quality; but on the whole, it’s good fun.

On the nose: a pleasing balance between dried fruits, figs, cranberries, and the tea-and-hemp note. Chinese Five Spice. The red fruits are here: raspberry jam, cranberry sauce now; drifting into damson jam. Balsamic vinegar. Worcestershire sauce. Tart, on a knife-edge with the sweeter notes of caramalised sugar. Beneath the hefty flavours, eventually, there’s some woodiness and brioche.

In the mouth: Dissonance, not harmonious. A little chalky with the ashy notes here, slightly dry, thin texture. Marries in the glass after time, with a nice balance between the tannins, cranberries, blackberry jam. Toasted nuts. Slightly charred note, like blackened meat. Plenty of cinnamon and nutmeg, cloves and some hefty spiciness, if a little too woody.

The sort of thing that if you had tried a few drams in a night, the intense flavours – fruit and peat, well balanced – might lead you to think this is more impressive than it is. Lacks a bit of nuance.

On the nose:  grass, melon, vanilla. Pineapple. Straw. Drifts into some citrus, slightly creamy in a Lemon Meringue way. Pink grapefruit juice, perhaps Prosecco. Not much else going on folks.

In the mouth: weak, lemony, grassy, straw-like notes. Lime Marmalade. Poor texture. Almost new-make, which makes me wonder just how many times the barrel had been used. Pear drops. Fruit salad with a drizzle of golden syrup. Bland af.

Too much of this kind of stuff plagues the secondary market. Tired wood, at least twice used, does no one any favours. We should stop pretending it’s ‘subtle’. We should stop saying ‘old is good’. We should be beyond this now, people. If you really want to find out for yourself then Master of Malt are selling this for £66.95.

Where there is still availability, we’ve included commission links. These help keep MALT running, Mark dressed in Tweed and sipping a chilled Buckfast. 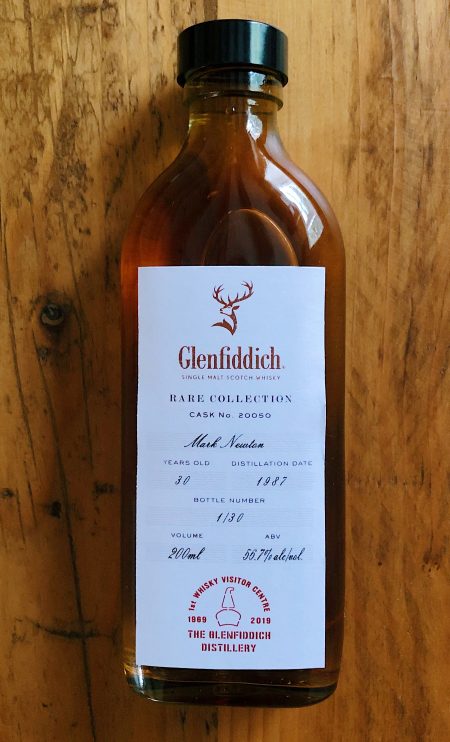 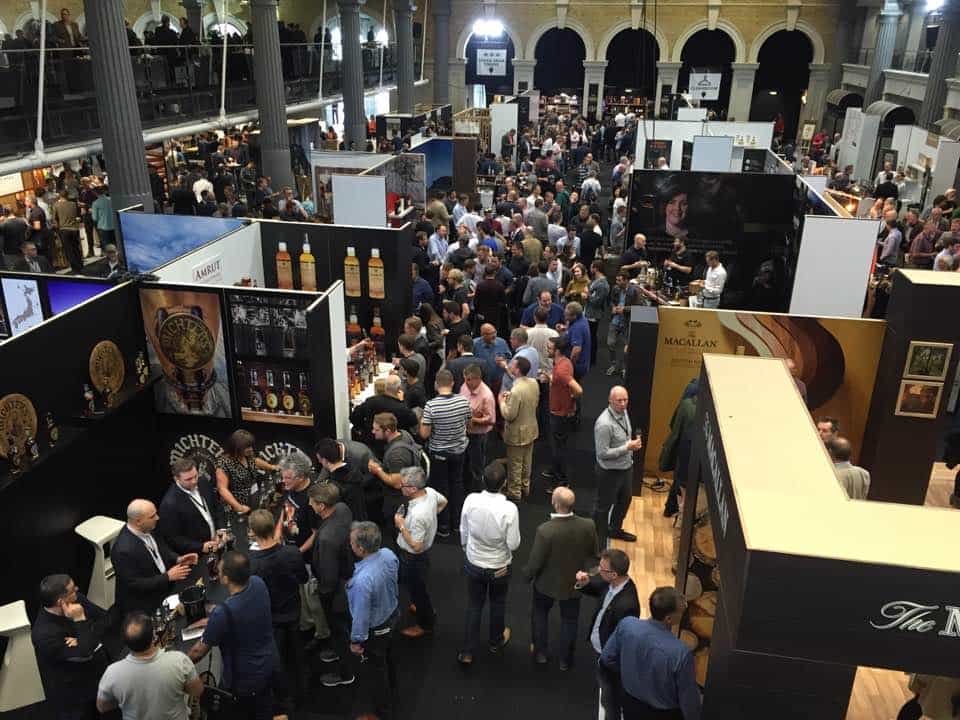 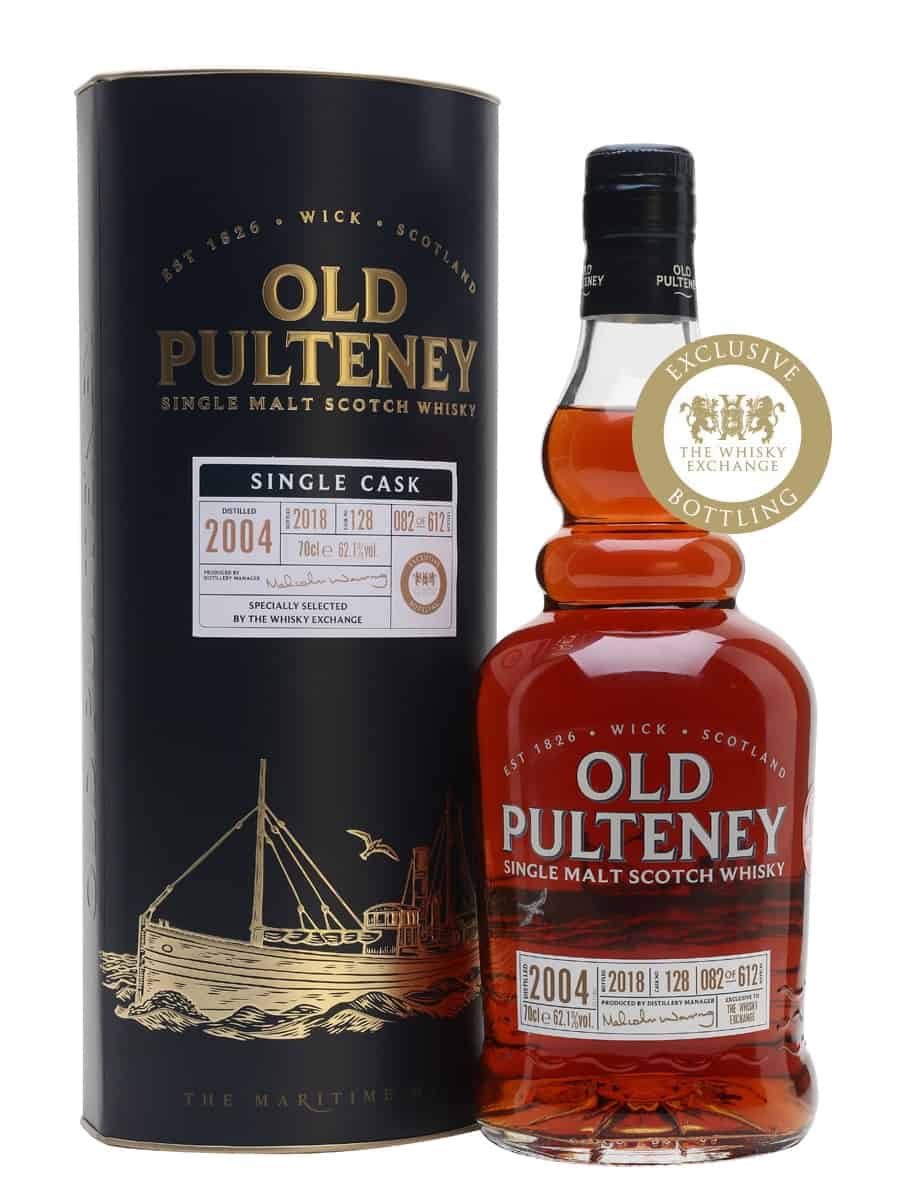