Swedish whisky has been on the rise in the last ten years. Distilleries such as Mackmyra, High Coast (formerly known as Box), Smögen and the Spirit of Hven are highly regarded. And here at Malt too, there is a lot of praise for Swedish whisky. Especially by Mark who seems to be a big fan of Smögen and has written a thing or two about it. But have you ever heard of Grythyttan Distillery? Well, neither did I…

This now closed Swedish distillery was founded in 2007 in Lillkyrka, which is about 185 kilometres west of Stockholm. Initially started under the name Nora Distilleri, but they changed this name fairly quickly to Grythyttan. A few years later after everything had been arranged and set up, the distillery could finally start producing whisky in the fall of 2010. At that time the first casks were already sold to private owners and it seemed that everything went reasonably well.

At the end of 2013, just before they released their first single malt (an edition of 600 bottles that went completely to the shareholders and owners) the idea emerged to move the entire production to Orkney, Scotland. A very strange decision if you ask me, and the reason for this is pretty unclear. I found this sentence on Crowdfunder: ‘Given the success with personal casks, the Board decides not to stay in Sweden with the production but move to Scotland’.

But they continued their idea and stopped production in Sweden immediately… And that was the end of Grythyttan Distillery. An attempt to start a completely new distillery on Orkney eventually also failed. The company went bankrupt and they sold all the shares. The same happened with the equipment and stock. The latter went to Berglagens Destilleri Örebro AB, who bought the entire remaining stock with whisky produced between 2009-2013. And who still releases Grythattan whisky to this day. A bizarre tale for a distillery which was not even ready to release their product into the market.

Anyway, let’s go back to this Grythyttan single malt. Bottled by the Swedish independent bottler Svenska Eldvatten, who seem to have a few private casks of this closed distillery. And all these casks are part of the Silent Swede series. A series solely dedicated to this now silent distillery and available via Whiskybase. That’s a commission free link for your convenience.

This Silent Swede was distilled in September 2011 before being bottled in October 2018. Matured in an ex-sauternes cask for 7 years and it is also slightly peated (16PPM). And bottled at an impressive strength of 61.2%.

For this review, Jason joined me with his tasting notes. So let’s find out what this is all about.

On the nose: A real seam of ginger, honey and apricot jam – quite jammy in fact. A slight earthy note. Not hugely detailed but some bold aromas. Honeysuckle, oat biscuits, malty and a gentle wisp of smoke. Glazed cherries and rhubarb round off an interesting presentation.

In the mouth: A surprisingly oozing texture greets us and a rollercoaster ride. More apricot jam, orange sherbet and bacon crisps towards the end. Fatty, oily and a little weird – it has character at least! A little smoke again plus walnuts and honey. A drying finish with crystallised ginger.

Very drinkable at cask strength and I never thought at anytime that this was a youthful whisky. It’s actually saying something and whilst an oddity, it has character. If they had moved to Orkney successfully, they would have given Scapa competition for the crown of best distillery. Thanks Noortje for the opportunity to try this!

On the nose: A nice layer of smoke combined with blueberries and sweet cherries. Honey. Apricots. Red wine gums to give it that extra sweetness. Butterscotch. A hint of biscuits. Then a sour note appears, a little bit of lime.

In the mouth: Quite sweet but not overpowering. Honey. Purple wine gums. Apricots and overripe pears. Caramel. A gentle hint of smoke, which is a nice opponent to the sweetness. Also here a slight citric or lime note. The finish is a bit short and somewhat dry.

It is a bit weird but definitely interesting. Not an easy sipper and despite his young age, it has quite some body and a nice thick mouthfeel. The finish was the least part as it was quite short and dry. But still, I was actually pleasantly surprised by this. Dangerously drinkable at this strength though! 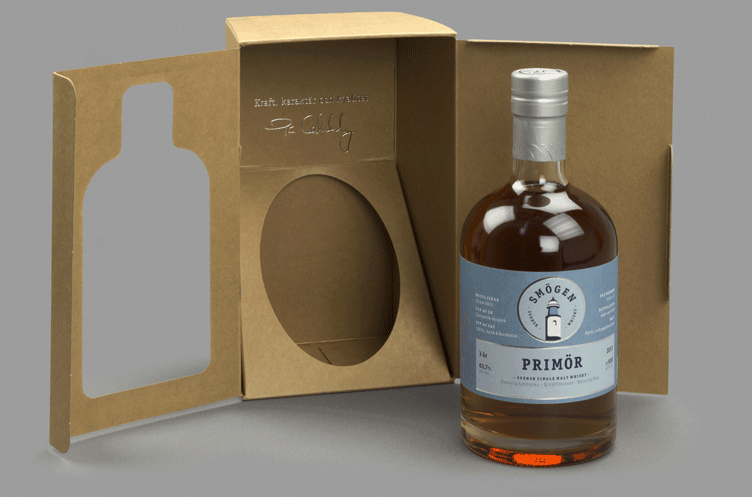