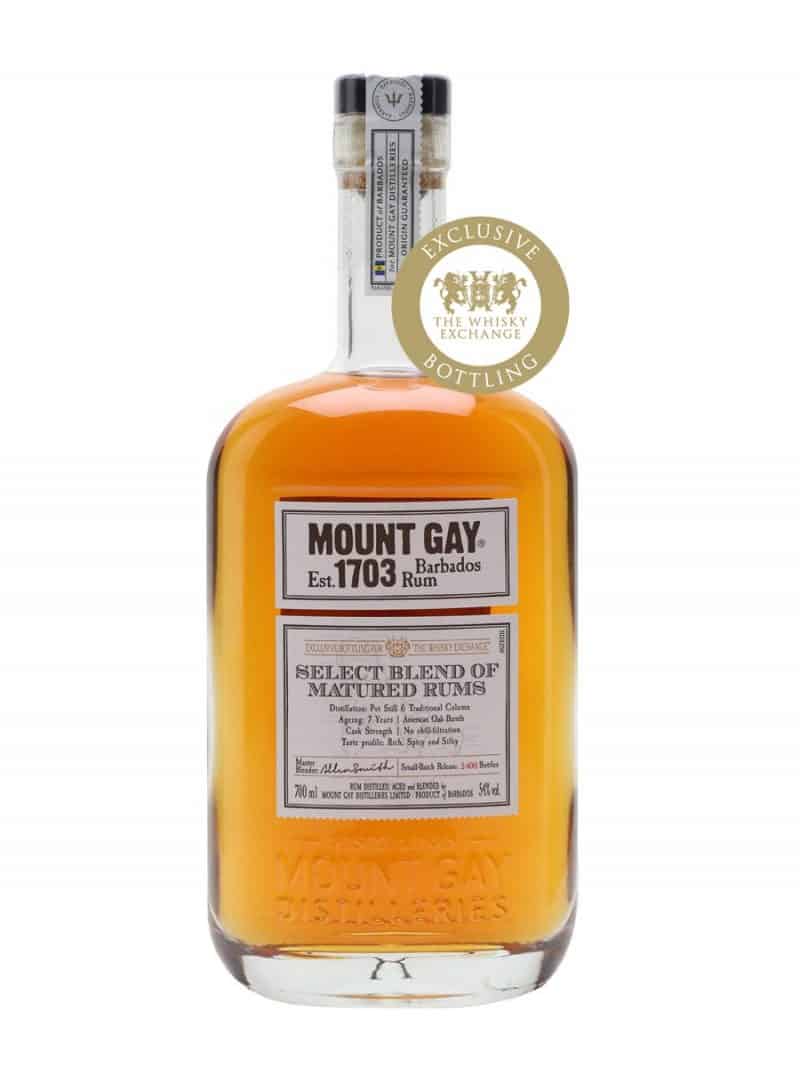 It’s summer, we’ve had our mini heat-wave, along with another gradual increase in average climate temperatures that reminds us how much our planet has been screwed, but hey, on the positive side at least I’m now I’m properly in the mood for some Caribbean rum.

Two distilleries today, one open, one closed. I have visited one, in fact; although not recently. I was but a teenage cricketer on a tour of Barbados, where we were absolutely hammered in every game – fast bowlers, hard pitches, the fear of God – and my sole contribution was a blinder of a catch at mid-off that I didn’t really know about until the ball was in my hands. Anyway, like all underage Brits abroad, we somehow made our way into a place of booze – Mount Gay distillery, where a rum cocktail was somehow permitted. Oh, how I miss the casual law-breaking one found in the late 1990s – the last of humanity’s age of innocence.

Of course, that is an entirely useless frame of reference. Pointless context. Or is it?

Because I am romancing the location somewhat, which is perhaps the false start of all interest in provenance. Here is a place, here is a drink manufactured in that place, and I have connected vague images in my mind to suggest that the drink was true to that place when it probably wasn’t.

Now I don’t want to bang the provenance drum too hard today, though it is a theme I naturally can’t untangle from. I am so in the Terroir Matrix now that I look at Rum Distillery A, that gets the same generic raw material, the little blue barrels of molasses floating around the Caribbean, and which is shared with Rum Distillery B, and wonder: what’s the difference? Really, honestly, you’re distilling the same stuff? Sure your engineers have rigged up different kit, but you’re still cooking the same stuff. Not dissimilar from gin, for the most part, where a teabag of ‘locally harvested by sweet old pensioners’ botanicals is wafted in a vat of neutral spirit that has been distilled a hundred miles away, and the suckers, sorry, connoisseurs lap it up.

But today, I shall move on from all of that grumbling, this inherent lie at the heart of the spirits industry, and because the difference between the two spirits I have today is really one of engineering, shall we look at the kit? Mount Gay uses a pot, retort and column still set up, which is rather common throughout the Carribean. Caroni also used both originally, but the rum I have today is ‘traditional column’ rum, as new-fangled and not-all-that-useful categorisation would like us to use; whatever ‘traditional’ really means in this sense – other than being a crude PR-inspired prefix.

It’s a curious tale that the Caribbean rum distilleries used what we – wearing my Renegade Rum hat – call the Adam Still. Because it was a French gentleman named Édouard Adam who developed this somewhat intermediate spirit apparatus of pot still and retorts, which stands somewhere between big-fat-pretty-copper-stills of Scotchdom, and the cheaper, industrial, miserable silent-spirit-producing Coffey column stills that would change the spirits landscape entirely. 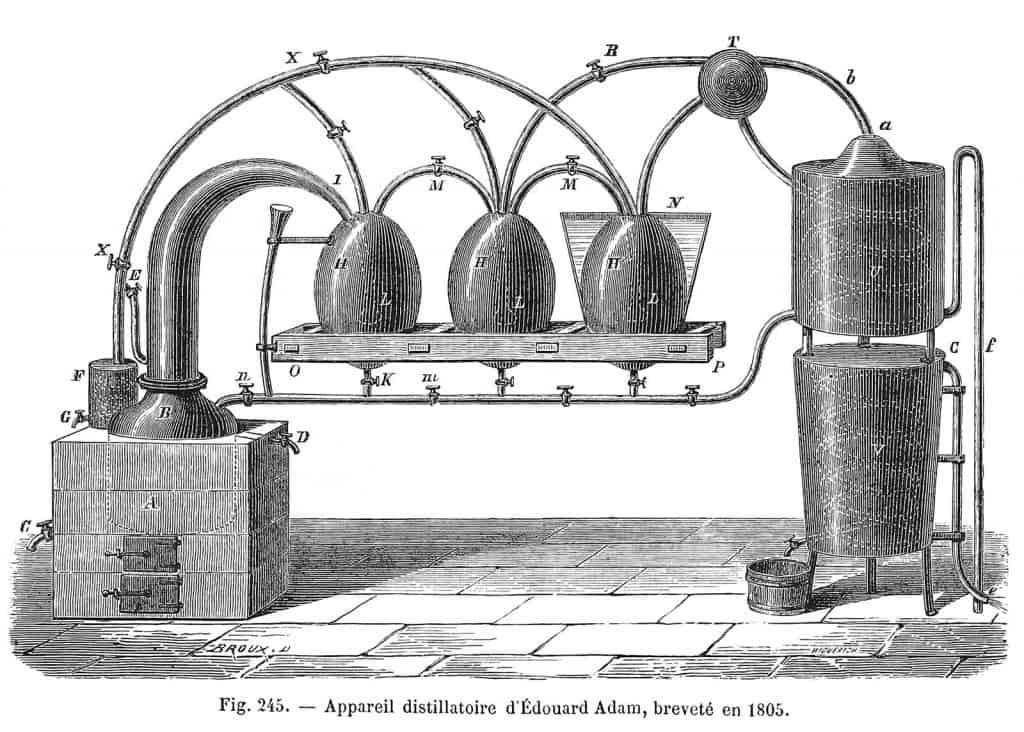 This was all a little before the 1830s, when Coffey patented the still that would create the boom in Scotch as it made a cheaper, ‘silent’ and flavourless grain whisky (challenged in the courts for its blandness) that could be blended to stretch decent quality malt. But you can see here – a diagram from 1805 – that the pot still had been remixed weirdly and wonderfully, to create this curious not-quite-double-nor-triple distillation. This isn’t the time to go super-distilling-wonk on everyone, but suffice to say during this little snapshot in time, somewhere from 1805 to 1830, this set up was in vogue for the rum distilleries of the Carribean.

It’s almost impossible to define why, precisely, exactly (what with distillation history being something of a mess) this was the case; possibly this was the time where Europeans were doing their dirty work in the Carribean, all this copper distilling kit went off there, but when the Coffey still ran rampant in Europe there was no need to improve immediately on what happened with these weird pot and (double) retort stills. Or no inclination to replace them. Sure, later – as Mount Gay and Caroni both show – column stills did make their way over there eventually. And hence today Mount Gay has both types of stills (I say types, but really the column still took the Adam still theory to its logical conclusions; they may look completely different, but one is the evolution of the other). Mount Gay produces different spirits on these different instruments, which are blended together. It’s a curious piece of distilling history, that’s for sure.

At Renegade Rum today we’ve actually gone for this very same, very Caribbean set-up. The Adam Still. You can see it here close-up, being investigated by three female distillers; split column stills in the background. The idea is that you get heavy spirit on the copper, lighter spirit on the columns, though it’s a bit more complex than that. (And Forsyths say with modern column distilling technology, we’ll actually have far more fun playing with the columns.) 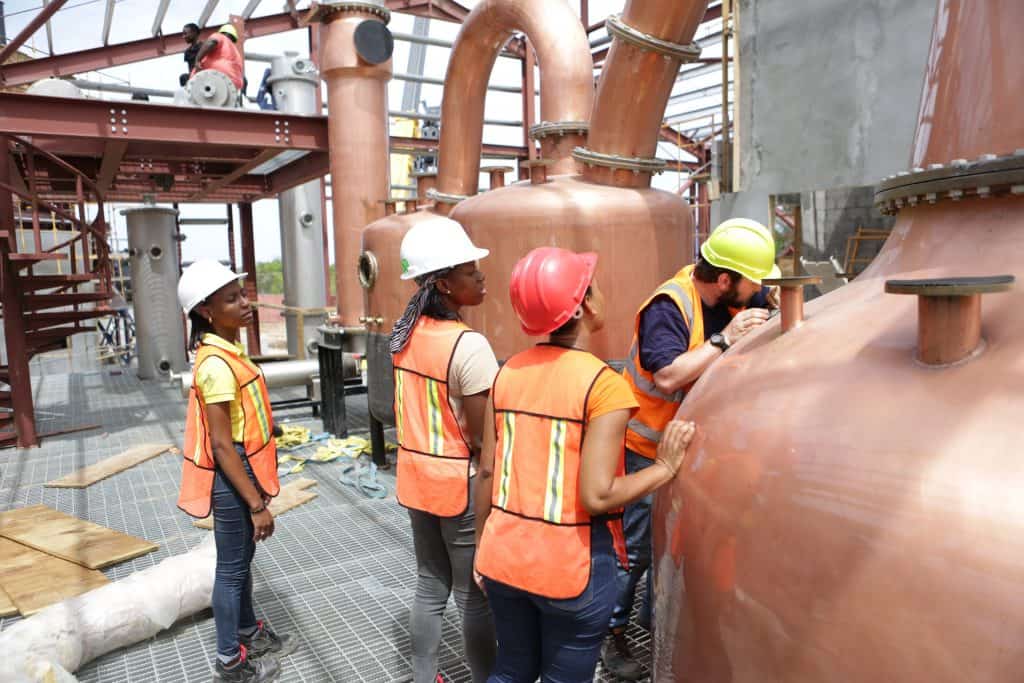 Though Mount Gay is a tourist hotspot, Caroni closed in 2002, and therefore joined the ranks of much-desired silent stills spirit – and meant prices are not at all reflective of the quality of the product. You can put it in a pretty bottle, charge a high price these days. But there is no integrity in knocking out cheap spirit from the waste by-product of sugar production, no matter how much it is dressed up. Its legacy online is puffed up now by a range of almost identically phrased PR pieces, with people who have stock to sell at the heart of it, and why not? If it was my job to sell it, that’s what I’d do.

Here’s an interesting exercise – set your Google searches on Caroni prior to 2002. Only then will you find out anything useful, something that hasn’t been a case of rewriting history. For example, the still set up was actually a “cast iron still to a wooden Coffey still to a single column still, and to the new four-column still”. And the real place – government-owned – was described as part of the “Caroni sugar factory” – but distillery sounds better doesn’t it? It’s quaint. You can sell that.

Perhaps, if we had played our cricket tour on Trinidad, I may – in a slightly geekish alternate universe – have visited the industrial complex of Caroni, and had some quibbles about why their industrial, whack-em-through four-column distillates made from sugar waste are so expensive today. (Although, quite rightly, they probably weren’t back then.) I like to think I would have been That Pompous Young Boy, in cricket jumper and Panama hat, to complain quietly about their lack of terroir from distilling molasses, and to act all dickish and judgmental from the sidelines. But I think that the young alternative-universe me had a point: this is not by any stretch of the imagination a premium spirit. Why on earth are we treating it so? Why would you pay so much for it?

But for now, we’ll simply review two rums, a seven-year-old blend of pot and column still spirit from Mount Gay, available at The Whisky Exchange for £90, and an old one – made on what precise kit, I cannot tell – from Master of Malt for £150. Or rather That Boutique-y Whisky Company. I mean Rum Company. They’re all basically the same thing. Barbados vs Trinidad, then; both distilled using molasses, that by-product of sugar production.

On the nose: toffee by the bucket load, and vanilla, but once we get all that out the way there’s plenty of tropical fruit notes (I wonder how much of that is actually there, or subconsciously projected by the fact of where this was distilled?). It is a bit like sticking your face in a golden syrup sponge cake still, which is no bad thing. Toasted almonds. Nutmeg. Parma violets. After a good while, there are traces of detergent, a soapiness. Fresh laundry?

In the mouth: it is rather elegant and voluptuous. Pineapple, a little grapefruit acidity, which balances out the intense sweetness: lychees, golden syrup, perhaps maple syrup actually. Toffee. Yes, vanilla… Lime marmalade. Cinnamon. That texture is just splendid – this is lovely to sip. A hint of peppermint. A hint of funkiness, with a plastic note that holds back the finish. Much better in the mid-palate.

This is not a £90 drink by any means, but you can get away with anything these days, so I have shaved a point off for that (it’s the point of our value-based scale after all); but this is very good indeed. Most enjoyable.

On the nose: hideous, at first. And second. But then it feels more approachable; you see I was put off by the intensely soapy note, some kind of cheap lavender massage oil and a box of Persil. Solvents, all of them. We’re going to need a clean-up on Aisle 3. Lime and soda, perhaps even gin and tonic curiously; that juniper edge, most unusual. At last, the toffee notes, soothing syrups. Cherries. Weird.

In the mouth: when you can’t smell it, this isn’t too bad. In fact, the mouth tells a different story; this is a Harvey Dent, Two-Face of a rum. More industrial than perfumed; a rugged, dirty, metallic edge. A pile of spices: nutmeg, cinnamon, cloves. Blackberries. Cough syrup. Pineapple juice. Sage, mint, very earthy stuff. But it’s a bit all over the place, and there isn’t much elegance or harmony about it.

Sometimes flaws can reveal an interesting character trait in someone, sometimes flaws are just flaws and people are arseholes. This is somewhere in between: bad distillate, decent maturation; a rogue youth tempered with age. But in short, if you pay £150 for this, you need your head looking at… 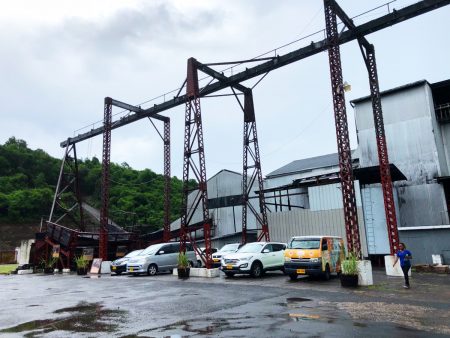