There is a fair degree of excitement Stateside around distilleries such as Peerless, Wilderness Trail, New Riff and a handful of new contenders. These producers are a new force on the whiskey scene, intent on maximising flavour and reshaping boundaries. In essence, they want to show that there is more to whiskey than that to which many of us are accustomed, or have accepted as the norm.

My social media channel has been bombarded recently with photographs and reviews of those fortunate enough to get their hands on a bottle from these outposts. I’ve heard all sorts of fanfare and biblical quotes along the lines that these bourbons now have as much complexity as any Scotch. Such utterings I take with a barrel full of salt. People can be swept away by emotion, whether it’s a gorgeous bottle, some form of romanticism, the brand, or just the prospect of trying a whiskey. We’re all too easily influenced at times, and should stand fast. Even the MALT team are occasionally swept off their feet, as seen in Mark’s Port Charlotte 10 review, which he scored a ridiculous 8/10. It’s a fairly average whisky in my book, but I appreciate the viewpoint, and more importantly, move on.

Drawing parallels with the whisky scene here, in recent times, we’ve seen a wave of young European distilleries arrive and effectively kick ass in some cases. In England, we’ve already enjoyed Cotswolds, and we’re eager to see where Bimber and the rest of the English pack take us. This new wave, regardless of geographical location, remains exciting, refreshing, revitalising and—for some of the dreary whisky being shipped out across the world—a timely reminder to shape up. However, never write off the Scots, as history confirms. While several new distilleries north of the border have bottled their first whisky, these have mainly been more mainstream-targeted concoctions, complete with a safe flavour profile and consultants shaping an inoffensive product. In time, things for these safety-first incumbents might improve, but the true Scotch delight awaits with distilleries such as Dornoch, which focuses on what goes into the cask. They’re effectively putting their heart and soul into their distillate, rather than being content to ship product and go through the motions.

We all can be influenced, and the wisest will find sources that they believe in and trust, or source the material for the definitive test. That’s what I did, because while I don’t trust anyone, there are very few voices I pay attention to when it comes to whiskey, or whisky, for that matter. A few that I do trust say positive things about New Riff, and do write for us occasionally. After hearing the same thing from a handful of trusted sources, I tracked down a bottle. Very little stops me from getting my bottle!

Due to the hype and Gold Rush fever, even Americans struggle to get their hands on some of this gear, so I am extremely fortunate to be sitting down with this Kentucky Straight Rye Whiskey from New Riff, which is situated in Newport, Northern Kentucky—so far north in fact, it verges on Cincinnati, Ohio.

Established in 2014 by Ken Lewis, who earned his corn in retail before turning his attention to Kentucky, it prompted an overhaul of regional legislation around the sale of alcohol. He sold his successful Party Source in 2014, not to the highest bidder, but to its employees via an Employee Stock Ownership plan. This deal spread the cost over an eight-year period, and the retailer has continued to be successful despite losing its maverick talisman. The move, in turn, allowed him,
at the age of 64, to focus on a new passion: New Riff. This means that the distillery is family-owned and eager to become “one of the great small distilleries of the world”; their words, not mine.

To find out more about New Riff and its apparent appeal, I reached out to my local bourbon dealer, Tony. Per usual, I found him on Seattle’s waterfront, searching for Pappy bottles.

MALT: What makes New Riff exciting to you?

Tony: I first got excited when I heard that their own distilled bourbon will be a high rye mashbill, which I tend to prefer, and will only be released once it is four years old. Not only that, but it will also be bottled-in-bond and non-chill filtered, and they’ll have a single barrel program alongside that which will be released at cask strength. I decided to support them at that time (before tasting anything because they had no distillate of their own yet), and joined their Ranger program, which is an ambassador club of sorts. When I first got to try their products a year later, I was pleased to see that the taste met my expectations, and maybe even exceeded them.

They have a pretty big single barrel program and some of the best stickers. I’m going there later this year.

Tony: I would say pretty rare. There’s only two that I can think of off the top of my head. Because rye’s popularity and growth are fairly recent, I would guess that most of the rye market is sourced MGP rye that is 95% rye and 5% malted barley. The large heritage distilleries seem to put out ryes that usually contain a lower percentage of 51%-60%.

MALT: In doing so, would you say that this is more of an experienced rye drinker’s whiskey? Historically, is this more traditional in style?

Tony: Their rye is 95% rye and 5% malted rye, which is a “new riff” on the MGP-style rye to which people are accustomed. They actually started their distillery with a lot of help from Larry Ebersold, otherwise known as the “Godfather of Rye” for his 40 years of experience making it at MGP, going all the way back to when they were Seagram’s, and then LDI.

MALT: Are they pushing production boundaries Stateside like Peerless?

Tony: As far as production, they are considered a mid- to large-sized craft distillery and use a column still, so they’re more of a “factory” like the big distilleries. The valuable thing about them is their transparency and dedication to putting out high-quality affordable products. There’s no bullshit story behind them and they don’t try to hide anything. You know when you buy their whiskey that it is going to be at least four years old, bottled in bond at 100 proof or cask strength single barrel around 110-115 proof, aged in a traditional 53 gallon barrel, non-chill filtered, and that they remain independently owned and operated because it is a passion for them. They didn’t build the distillery to sell out to a larger company, as evidenced by founder Ken Lewis’s previous actions…

MALT: On another note, these new vibrant distilleries have a very stylish brand presentation. Is this indicative of a new, stylised approach in whiskey, stepping away from more traditional presentation styles?

Tony: I think this is more of a marketing ploy. With increased popularity in whiskey, you’re going to have to stand out on the store and bar shelves to attract buyers. They’re in limited markets right now, but there are a few online retailers selling both their small batch and private barrel releases.

And with that, Tony returned to his prime spot, in the eternal quest for Pappy.

For the record, I purchased this at auction, and it came to £86 including fees and postage. If you’re able to get this at retail in the States, it’ll cost you $45, which is £36.96 based on current exchange rates. Thus, I paid a premium to see if the hype is indeed warranted—but not over the odds to line a flipper’s pocket, and not as much as a couple of months ago when bottles were fetching around £95-£110. Timing is everything, and patience is a valuable commodity, as seen this month when someone paid £110 for the St. George The Baller. I tend to play the long game for most things in life rather than a quick reprisal. This is when auctions can serve a valuable purpose, given the archaic postage rules we have to endure on both sides of the Atlantic. The upside is that hopefully you’ll find some value in this review (at my cost), and this just might be the first of several reviews from New Riff.

This whiskey is bottled at 50% strength or 100-proof depending on your preference and is four years old, although no specific age is stated. It’s bottled in bond and un-chillfiltered with a mashbill of 95% rye and 5% malted rye. It has been aged in full-size 53-gallon (240 litres) toasted and charred new oak barrels. All of these facets should add up to flavour, but how much?

On the nose: peppery as expected but there seems to be different strands at work here. Marzipan, honey, dried orange, almonds and ginger root. A little cherry, rust as well followed by wood shavings, a damp cloth and dried mushrooms. Water reveals spent tobacco, apricots, a creamy caramel and wild strawberries.

In the mouth: Tony’s vanilla, cracked black pepper, honey nougat and walnuts. There isn’t a great deal of development, which given the age is to be expected. Toffee, red grapes, chocolate, a grapefruit-like quality and a medium finish with more pepper and oak. Adding a splash of water reveals black spices, oak and drying nature.

Keeping our feet firmly on terra frima, this is a nice sipper and promising, but let’s not go overboard here. Realistically, it’s still young and a bit uncouth. Time is always beneficial and maybe a little while longer would have served this New Riff better. However, the American market is swamped with young whiskies rushing to market; much like what we’re going to see in Scotch in the coming years.

If you can find the New Riff at retail price, then it is an interesting addition, especially if you enjoy rye whiskey. I’ve found it solid enough with flashes of potential but nothing more. It’s unlikely that I would make another purchase. 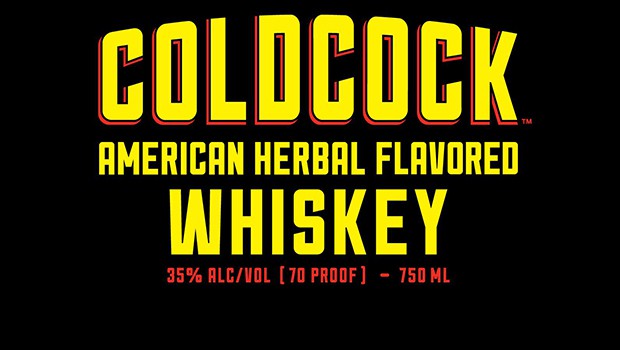 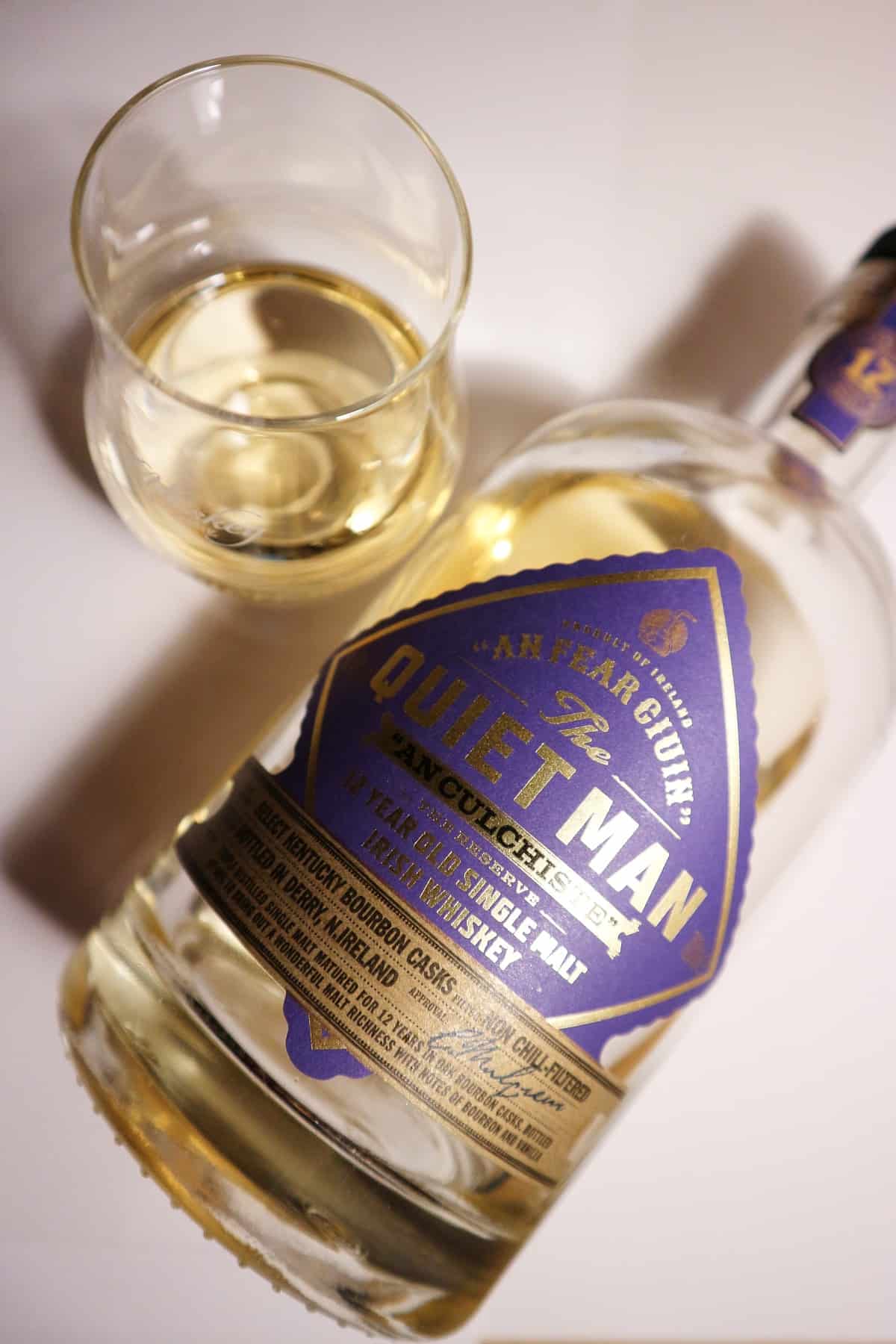