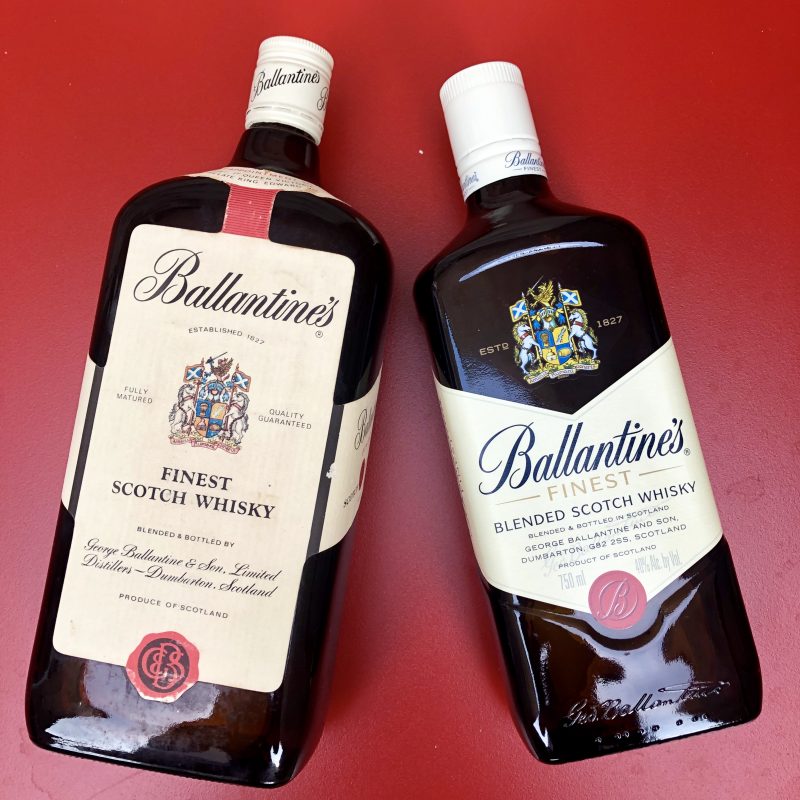 Were things really better in the old days?

It’s hard to make an empirical observation about this. “Of course,” the old timers will tell you. “When I was a boy…” However, as I’m fond of noting in this space, the prism of reminiscence distorts our perspective and makes us unreliable narrators. Our personal favorites from days gone by will always have a special emotional resonance that will taint any attempt to evaluate them fairly and objectively.

For example, the lost distilleries are – by their nature – lost, and thereby occupy a hallowed place in our collective consciousness. We fetishize them, as Adam described in one of his sublime meditations, for reasons of nostalgia, as well as the oft-disappointing state of modern whisky. Even for those of us who didn’t have a chance to taste them while they were in operation, the absorbed veneration and awareness that we’re drinking something special and rare can similarly thwart any honest assessment of a dram’s virtues and flaws.

How to free myself, then, from these dual pitfalls of subjectivity? I think I’ve come up with an answer. Today, I will be tasting two incarnations of a blended scotch whisky to which I have no sentimental attachment and which remains widely available today. The first was produced between 40 and 50 years ago; the second is from a bottle freshly plucked off the shelf of a local liquor store. This has long been an aspiration of mine, and I have come about the opportunity serendipitously. More on that in a moment…

The scotch in question is Ballantine’s Finest Scotch Whisky, their entry-level blend. The backbone malts of this blend come from Miltonduff and Glenburgie, acquired by then owners Hiram Walker in 1936. Ballantine’s was sold to Allied Domecq in 1987, after the first bottle here was produced. The company was acquired by Pernod Ricard in 2005, adding to their Chivas Brothers portfolio of blended Scotch. This is the regime which will have created the second bottle considered today.

As far as the composition of the blend, Jason indicates that the older bottlings have higher malt content, while contemporary blends lean more on grain. I’ll be on lookout for any discrepancies between the two that would indicate as much.

The story of how I came about the circa-1970’s bottle of Ballantine’s is really something. You may be aware that I recently traveled to Peru, which is a wonderful country full of delicious food, stunning vistas, and some of the nicest folks you’ll ever have the pleasure of meeting. What Peru lacks is much in the way of interesting whisky, as evinced by my review of the indigenous Old Times bottom-shelf brand. On arrival, I quickly reconciled myself to a holiday without the “water of life,” and dove into pisco cocktails of every conceivable permutation.

That is, until I was invited to a dinner at the home of a friend’s friend. As my gracious host stirred an enormous dish of paella, he instructed me to avail myself of his bar. Quickly, a dusty old bottle of Ballantine’s Twelve Years Old “Very Old Scotch Whisky” caught my eye. A glance up at his bar shelf revealed enormous, ancient bottles of Ballantine’s and Grants. Feeling like Edmond Dantès, I gently inquired as to the origins of this superannuated whisky collection.

He genially explained that neither he, nor his father before him, drank. As friends arrived at parties with bottles of booze as housewarming presents, he would stash them away in a cupboard where they slumbered undisturbed for decades. He pulled back a sliding door in his living room to reveal a treasure trove of vintage spirits, including a bottle of (regrettably oxidized) Jim Beam dating back to the 1950’s.

Gesticulating with all my verve, I attempted to explain to him what he had on his hands. This wasn’t just old booze; it was history! I bumbled my way through a brief dissertation on the consolidation of the Scotch whisky industry, and the associated changes to production methods and so forth. With consummate good manners he excused himself, explaining that the paella needed stirring.

I counted myself grateful to have a peek into this curio cabinet of wonders, and – to the extent permitted by decorum – splashed a bit of this and that into my glass. I would have been contented with a brief glimpse into this cache of wonders over the course of the dinner party. However, extending his considerable generosity yet further, he rummaged through a cabinet and produced a dusty carboard box. My benefactor plucked this large 1 liter bottle of Ballantine’s from it and pressed it into my hands, sending me home elated and very full of paella.

Starting with the older bottle: there is no indication on the label as regards bottling strength. A comparison of the label with other examples from auction dates this in the 1970’s; the preponderance of bottles from this era were produced at 40% ABV. As noted above, it was a kind gift from a friend, but these seem to change hands on the secondary market in the £20 to £30 range.

In the mouth: This is a subtle one. Texturally, a wee nip of piquant woodiness at the front of the mouth. There’s a brief reprise of the drily nutty saltiness at midpalate. A slight burst of golden raisins shows through the otherwise continually salty finish. An unexpected and momentary lick of bubblegum pokes its head out for a nanosecond before receding.

I hesitate to use the descriptor “salty” once more, but that’s what comes through most on both the nose and the palate. This is like a bag of mixed nuts meets a handful of popcorn. I adore the nose but find the palate a bit drying. In total, the delicious notes are memorable and the saline notes are tolerable. As an unexpected curiosity it delivers in fll. I rate it two full steps above average.

Our second bottle is freshly-purchased. You can find it for as low as $15 for 750ml; my neighborhood liquor store had it for $18, and – given the good fortune associated with my coming into possession of the older bottle – I considered the small markup to be my donation to the alms box of local business and whisky karma. It is bottled at 40%. It retails for £19.69 on Master of Malt, £20.95 via the Whisky Exchange or £15 from Amazon.

In the mouth: Pale and weak in comparison. There’s a watered-down hint of the nuttiness of the 1970’s dram, but otherwise this disappears without a trace. Almost no entrance, no midpalate, no finish.

A complete nonentity. Imagine the dullest blended Scotch whisky and then add a deluge of water. The very best I can say for this is that it is appropriately cheap.

It’s almost like modern distilling, with its view to rush spirit through production and put it into second and third-fill knackered oak, has a detrimental effect on flavour! More proof!*

On the nose, these are kissing cousins. In the mouth, however, there are miles between these two. The 1970’s incarnation has body, force, presence, character, personality. It doesn’t entirely come off, but what it has to show for itself is excellent. The 2019 version – by way of contrast – is a wet blanket, a limp noodle, a wallflower, milquetoast, all the associated adjectives.

So were things better in the good old days? Yes, at least in this case. The generational side-by-side is a useful framework for comparison, one I hope we’ll frequently avail ourselves of on this site going forward. In the meantime, most sincere thanks to Señor Paco for making this longtime aspiration a reality.

*words of wisdom from our Mark?