To badly abuse the Bard: would a Tennessee whiskey by any other name taste as sweet? Be forewarned: nomenclature will feature heavily as a theme in today’s review. If taxonomy, legislation, and corporate machinations aren’t your thing, you’ll want to skip to the review.

A recent trip to Nashville called my attention to… well… my inattention. Specifically, my inattention to the distilled grains of Tennessee. So much of my focus has been north of the border in neighboring Kentucky, as well as in the mushrooming craft distilleries in the Midwest. The time seemed ripe for rectifying my omission.

Regrettably, I was day-tripping with only a briefcase in tow. A brief perusal of a Nashville bottle shop revealed several store picks that will have to wait for another day. In a surprising turn of good luck, I noticed on departure that the airport gift shop had dozens of bottles of whisky for purchase. The only one that was unavailable in my home market (and priced relatively attractively) was this “Hand Selected Barrel” expression from George Dickel.

Adam previously reviewed a Dickel from That Boutique-y Whisky Company, in which he hinted at the rivalry with the 800-lb-gorilla of Tennessee, Jack Daniel’s, and their varying appellation of their products. Stopping short of a full intro, he left the task of full MALT treatment to me. I commence:

German-born immigrant George Dickel came to the U.S. in 1844, at the age of 26. Like Weller before him, Dickel got his start as a wholesaler. His firm’s hit product was the Cascade brand, produced in Cascade Hollow near Tullahoma, at a since-demolished distillery.

A series of deaths and transactions resulted in Schenley Distilling Company (once owners of the Buffalo Trace distillery) rebuilding the Cascade Hollow distillery in the late 1950’s, after a failed attempt at purchasing Jack Daniel’s. Trying to shake off the bottom-shelf association with the Cascade brand, Schenley launched using the George Dickel name in 1964, in the form of inaugural Dickel Black Label Old No. 8 and Dickel Tan Label Superior No. 12 expressions.

Schenley (and Dickel along with it) was purchased by Guinness in 1987, which later merged with Grand Metropolitan in 1997, resulting in the conglomerate Diageo. Diageo continues to own Dickel to this day, though the regard in which the brand is held might be indicated by my inability to locate Dickel in the “Brand Explorer” part of Diageo’s website.

The other notable point of intrigue is around the naming of Tennessee Whiskey, the focal issue of what’s been described as a “feud” between Tybalt and Mercutio… sorry, Dickel and Daniel’s. You’ll be relieved to know the state legislature got involved, passing a 2013 law stipulating that Tennessee Whiskey be manufactured in Tennessee; made of a grain mixture that is at least fifty-one percent (51%) corn; distilled to no more than 160 proof or eighty percent (80%) alcohol by volume; aged in new, charred oak barrels in Tennessee; filtered through maple charcoal prior to aging; placed in the barrel at no more than 125 proof or 62.5% alcohol by volume; and bottled at not less than 80 proof or 40% alcohol by volume.

This legislation was passed at the behest of Jack Daniel’s owners Brown-Forman, who purportedly want to enshrine these rules in order to maintain quality, similar to regulations elsewhere about Scotch whisky and Bourbon. Arguing the other side is George Dickel/Diageo, joined by a small chorus of craft distillers, who find the restrictions (especially the mandated use of maple charcoal filtering, called the “Lincoln County Process”) creativity limiting, effectively mandating that all whiskey produced in the state taste like Jack Daniel’s.

I can see their point, but it’s worth remembering that – outside of three Indian brands – the top-selling whiskies in the world are Jack Daniel’s (Brown-Forman) and Johnnie Walker (Diageo), in that order. Clearly anything that would weaken the pre-eminence of Jack Daniel’s would be a boon to Johnnie Walker. From ancient grudge break to new mutiny where civil blood makes civil hands unclean…

This is the point where I sigh deeply and pour myself a slug of whiskey. Oh, wait, it’s whisky. Like Maker’s Mark, Dickel plays a name game by dropping the “e” in order to evoke Scotch whisky’s reputation for quality. Now I really need a drink.

So what’s the story with this bottle? It is Tennessee sour mash whisky (The Dickel mash bill is reputed to be 84% corn, 8% rye, and 8% malted barley), aged 9 years, from a single barrel. This is a “Hand Selected Barrel,” which is usually the label used for store picks, further personalized by a metal medallion hung around the bottle’s neck. However, as this was sold in an airport gift shop, there is no additional information to indicate which hands were involved in the selection, nor any information about the barrel or warehouse or rick. My attempts at contacting Dickel, via Diageo, have gone unanswered as yet. We do know it is bottle 145, bottled at 51.5%, and chill filtered. I paid $50 for 750 ml.

On the nose: A pleasant, soothing note of mellow golden honey to start. Some cleaner notes of mint sprigs and mineral water. Ginger beer and kumato tomatoes. Meaty and savory aromas of chicken broth emerge, followed by sweetly green notes, moist chewing tobacco, and the mineralic scent of fluoride. The faintest hint of baking spice.

In the mouth: Starts with a gently citric sweetness, like fresh-squeezed orange juice. Then, the sticky sweetness of maple syrup. This firms up through the middle of the mouth, with a tight nip of limestone on the top of the tongue. The finish is punctuated by a drily ashy note and some mineral-accented red fruit flavors, which lapse back into a subtle sweetness of sugar water and linger gently at the back of the mouth.

This feels about right for 51.5% ABV, with a decent breadth of flavors and moderate concentration.

To put this into context: the price is a bit below the going rate for Russell’s Reserve Single Barrel Bourbon, which is bottled at a slightly higher 55% and fetches $60 near me. Considered in comparison to that option, I would rate this about even, maybe slightly lower than the Russell’s.

Generally, when I choose to buy a “hand selected” barrel (and pay the premium), it is done in the hopes of finding something chosen for a unique flavor profile relative to the brand’s other bottlings. It implies trust in the judgment and taste of the person doing the choosing, usually a local merchant with whom I can converse about the picking process and criteria. As noted above: this is an anonymous pick, with no clues as to why this particular barrel was plucked from obscurity and presented for individual consideration.

There’s also not really a competing product in the Dickel stable; the company’s Barrel Select expression is a small batch of 10 barrels, and is bottled at the lower strength of 43%. Inexplicably, Barrel Select was being sold alongside this one for the questionable price of $57, well above the $45 asked at my local.

Perhaps that’s the moral at the end of this long story: if you’re traveling through Nashville and want to pick up some unique whisky (however you may spell it), this is a solid-though-not-spectacular option. I’ll keep an open mind about Dickel, though, and will try to remember not to forget Tennessee! 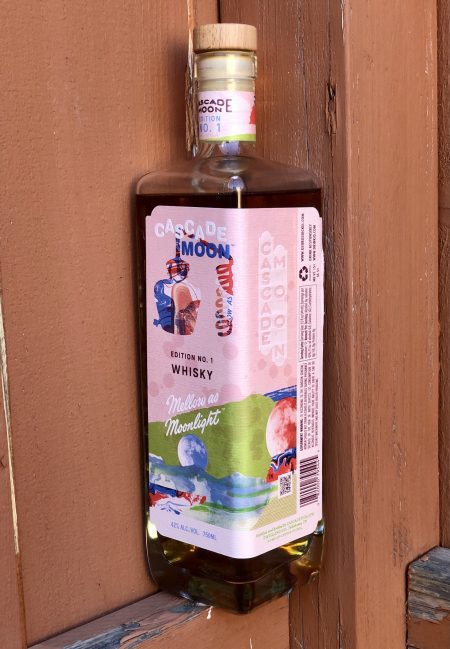 I was kindly given this sample by the lads at Just Whisky Auctions. Casting back I really haven’t had much to do with Glenglassaugh nor..