I ask myself what’s in a name and the true meaning of a buzzword or phrase in the whisky realm. No, we’re not going to talk about terroir (thankfully), but reading over the Kilchoman literature for this 100% Islay 9th release, the prominence of Scotland’s only single farm single malt stood out with the tagline being an unbroken chain of creation, from barley to bottle.

I ask myself what is a single farm single malt, or is it truly defined in any shape or form? It’s indicative of the language used by many distilleries that are suggestive without any real defined reasoning or measure. Single malt is a given and one we can all identify with, but what about the immortal ‘finest casks’ or such-like? Who gives the ‘finest’ seal to such a cask? Who sifts through the mountains of casks incoming from Europe and North America to determine such a honour? Do they get any time off? Is there a finest plus category as well? These are questions that such vague terms give rise to, or they do for me and I’m sure you can highlight other phrases of concern.

Closer to home, we have Daftmill, that uses the Single Farm Estate phrase on each bottle. This would stem from the fact that the distillery is on a farm and grows its own barley before distilling and maturation. The omission here is that the barley is sent locally to a malting to be processed. Kilchoman in comparison for this 100% Islay range, taps into the 200 or so tons of barley grown on its distillery farm, the remainder of its production needs for other ranges come from the mainland. A handy Kilchoman graphic underlines the various stages.

The devil is in the detail, or the greyness of using such a phrase. Would you insist that the farmer does the distillation and every step of the process thereby underling the singularity farm aspect, or would you permit a team of individuals. It’s a question of where you draw the line. All of which takes me back to Bruichladdich’s laughable We Are Islay campaign earlier this year. Talk about ill-advised. Almost everything highlighted made me think of Kilchoman. In retrospect and being kind; they launched the whole piece too early. Wait for those maltings to be built and put into operation. I believe that an eagerness to put their stake in the ground for terroir led to such an ambitious and premature move. With Waterford trying to claim the higher ground and incoming with their cathedral of barley chat; a certain panic set in at Bruichladdich.

All of which leaves Kilchoman where exactly? For now, they are doing things the way they feel is best and from an enthusiast stand point, I’d rather give them my money for a more handcrafted approach built upon produce from their own farm, than the scaled up factory sized facility. Just a personal viewpoint of course, and it’ll be interesting to see how Kilchoman progresses now that they’ve doubled capacity with a new set of stills, a new mashtun and 6 washbacks. If I remember correctly, part of Kilchoman’s vision was to avoid the commerciality that many Islay distilleries have fallen into. Prompting a sense of a distillery in tandem with the land around it and the environment of Islay – things we can all acknowledge as being worthwhile if you can keep that vision alive. I expect many readers will only care about the final result and not the work invested to reach this liquid conclusion.

This 9th Edition features their 2007 and 2009 crops (so there is older whisky in the mix), a 20ppm peating level and is bottled at 50% strength. It has been matured on-site in their dunnage warehouses – an admirable extra as opposed to the racked pile ’em high variations we’re seeing adopted by some. It exclusively features bourbon casks with no sherry taint (unlike last year’s incarnation) and it’s an edition of 12,000 bottles, which will cost £71.95 from Master of Malt, which seems in keeping with previous release prices.

On the nose: a sweet, nicely rounded peat. None of this chemical engineered Ailsa Bay nonsense. A little salt, but a lightness to proceedings. Your usual crowd in almonds, honey and vanilla, but also a creaminess and a dry sandy beach. Cracked wheat and plenty of cereals, salted caramel, smoked hickory chips and battered apples. Water unlocks more fruit notes alongside a richer honey, sap and a haunting smoke.

In the mouth: the peat comes through strongly now, more than the nose suggested. It lingers right through into the finish. Wet wool, chocolate, chilli flakes and toasted pine nuts. I’m thinking maple syrup as well, with charcoal and pine needles. Adding water isn’t as beneficial; more oils yeah, peanuts and crackers, but it becomes a little too subdued and youthful.

I’m surprised in a good way. After the 2019 Loch Gorm release, I actually questioned who put together the blend at Kilchoman. This 9th Islay is far more successful. An excellent harmony between the cask and spirit, which is well made regardless of what Mark says.

Unlike some of the bonkers single cask prices we’ve seen for Kilchoman, this is a fair price for the experience. After all, it’s 100% Islay except the glass, cork, packaging… We need to draw the line somewhere!

The score follows and please remember our scoring guide. We toil for our love of whisky here. It should always be fun and in the scheme of things, this Kilchoman is a worthy companion.

There is a commission link within this article, but as you can see, this does not affect our judgement. Lead image kindly provided by Kilchoman, as was the sample.

For a while Kilchoman was attracting the collector brigade swooping on every release regardless of quality. An endless parade of single cask releases for retailers.. 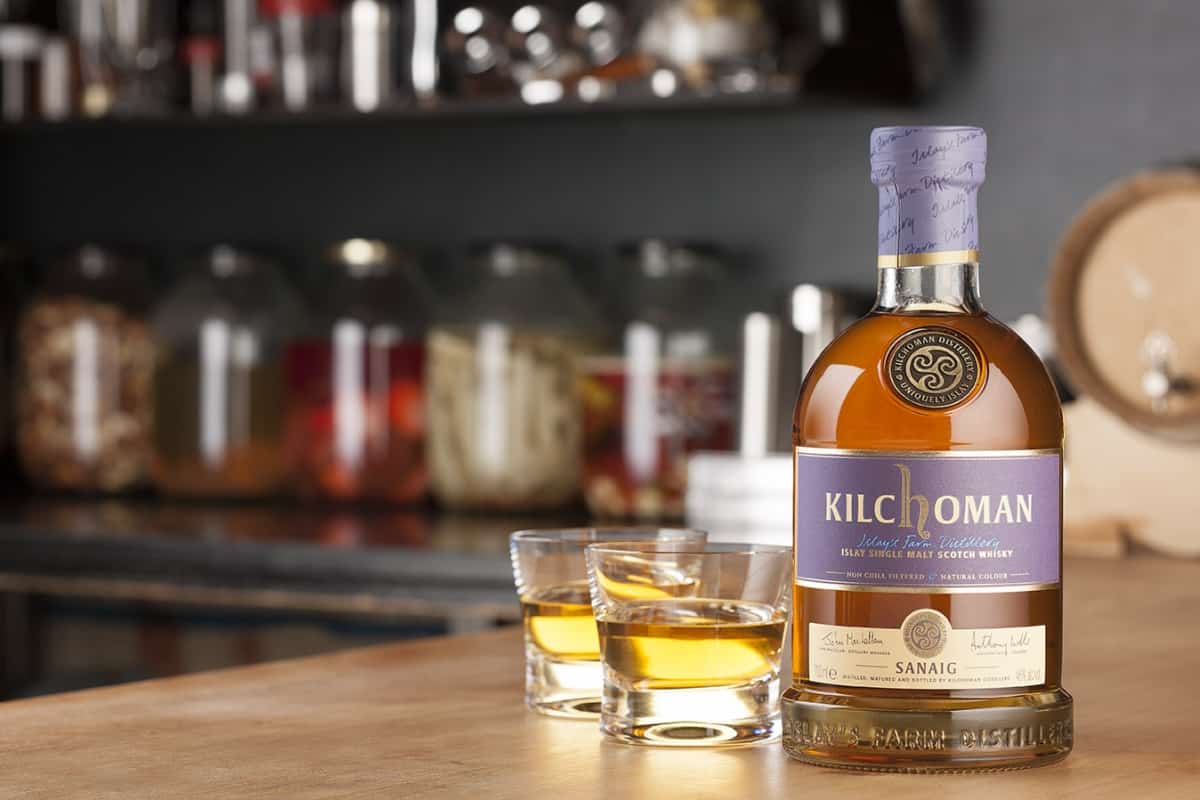