Generally, I think it is safe to say that Mark and I do like Wemyss. They’ve always done well in terms of single casks pricing permitting, shown some blending prowess and are nice people to deal with on the whole. A pretty positive experience all round and Kingsbarns is promising, albeit, we need to wait a wee while longer for it to reach a decent age and deliver more substance.

Recently, the Wemyss releases have become a little more, well how should I put it; mundane perhaps? The Blooming Gorse, Flaming Fest, Treacle Chest and Vanilla Burst concepts left us a little cold in reality and a sense of potential untapped. To onlookers, you could argue that since 2014, Wemyss has been chasing the benchmark set by the Velvet Fig and coming up short each and every time. We didn’t score whiskies back in 2014, but I’d wager Mark would have gladly stuck an 8 or 9 on that review after reading the text. A lovely combination of quality and value delivering a whisky that was eagerly snapped up by the market.

Wemyss is back again with another limited edition expression, which follows the same format as the Velvet Fig. Limited to 8100 bottles it represents a healthy outturn and an attractive price (on paper) of £55. A promising start then and being bottled at 54% does negate some of the criticisms we’ve had of previous releases. Then there is the usage of Madeira fortified wine casks. This can be very dangerous territory and I’ve said previously that these types of casks, along with Sauternes, are the Band-Aid of the Scotch whisky industry i.e. used to hide flaws.

At the core of this blended malt are Highland whiskies. These sadly are not named and if there is a criticism I could level at this release then it is the lack of information. Perhaps cask ownership restrictions apply here? Given that most of the staunch brand focused distilleries that refuse permission to use their name reside in Orkney, Islay and Speyside, it seems unlikely. Times are changing as we are seeing more bottlings with inventive names, or alternatives such as Aird Mhor. I can see the logic in a Glenfarclas or Lagavulin denying their name to a bottler, as it does come with a certain status, but other distilleries – some with a very low key public awareness – are taking the proverbial.

This potentially may have restricted Wemyss with their information, but not when it comes to the duration of finish, or the types of Madeira casks utilised. My knowledge of Madeira is fairly limited and I’d pass on any queries to Adam, but releases such as this are a gateway into a new realm. As whisky enthusiasts we are by nature curious types. We love to build up our experiences through tasting, nosing and debating what’s in front of us. This is enhanced by information whenever possible. So I’d encourage Wemyss to do a little more if possible, on this front.

As I’ve said previously, there is an opportunity in the marketplace for well blended releases with a solid presentation and information. Basically, Compass Box without the bling, excessive pricing and shallowness. Wemyss I’m sure could fill this void, as many of us turn away from Corporate Box and look for more value and liquid entertainment.

On that note let us try the whisky itself. These Highland whiskies from at least 2 distilleries have been vatted together before being finished in the aforementioned wine casks. This release is naturally coloured and non chill-filtered.

On the nose: peaches, oranges and a pleasing tartness. Honey, syrup and apricot with some marmalade followed by all-spice and cinnamon. Returning, sweet tobacco, mushed strawberries and a creamy vanilla. Water reveals wine gums, resin and beeswax.

In the mouth: very syrup oozing texture wise and cough mixture on the finish, but in a good way for a change. Inbetween there are almonds, oranges, lemon, brown sugar, caramel and walnut oil. Water showcases more fruits albeit with less definition but still summery, jammy and cloying with a balanced sweetness.

Can I just say, this Nectar Grove is a pleasant surprise? The recent Wemyss form, has been patchy at best and the prospect of a finish of unknown duration is never welcome. Plus the use of Madeira wine casks, which are often used to gloss over issues with the original liquid. Too long in such a cask and you have a sugary sweet bomb that can verge on extreme.

Thankfully, what we actually have is well judged and refreshing, with some vibrancy and character. The added bonus to us all is the retail price, which shows you can offer value and quality. Yes, this is a slightly sweet summery whisky, but not sickly sweet. Sadly launched during the autumn months, it’ll bring you some joy during the cold and gloomy evenings ahead.

Photographs and sample provided by Wemyss. 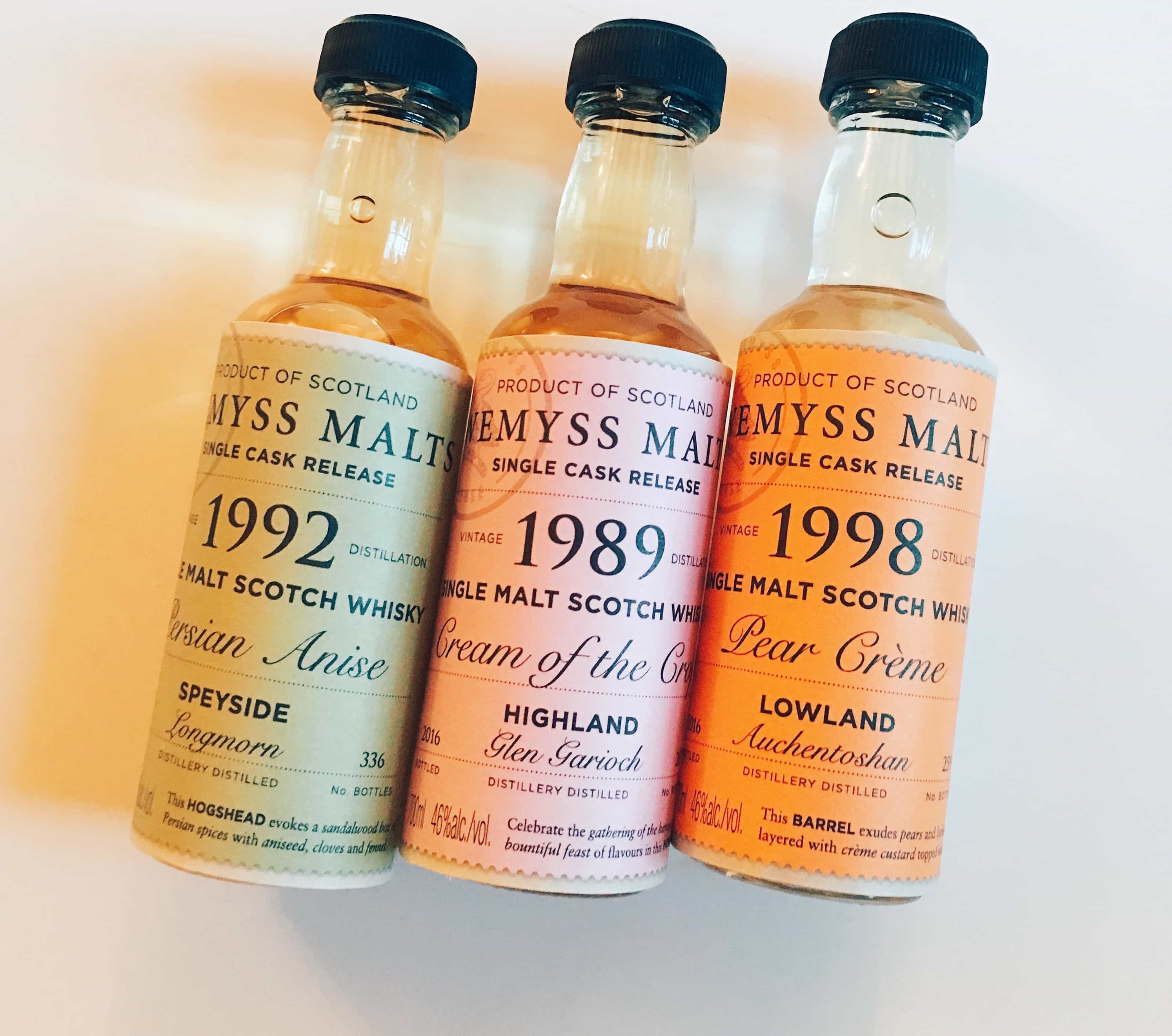 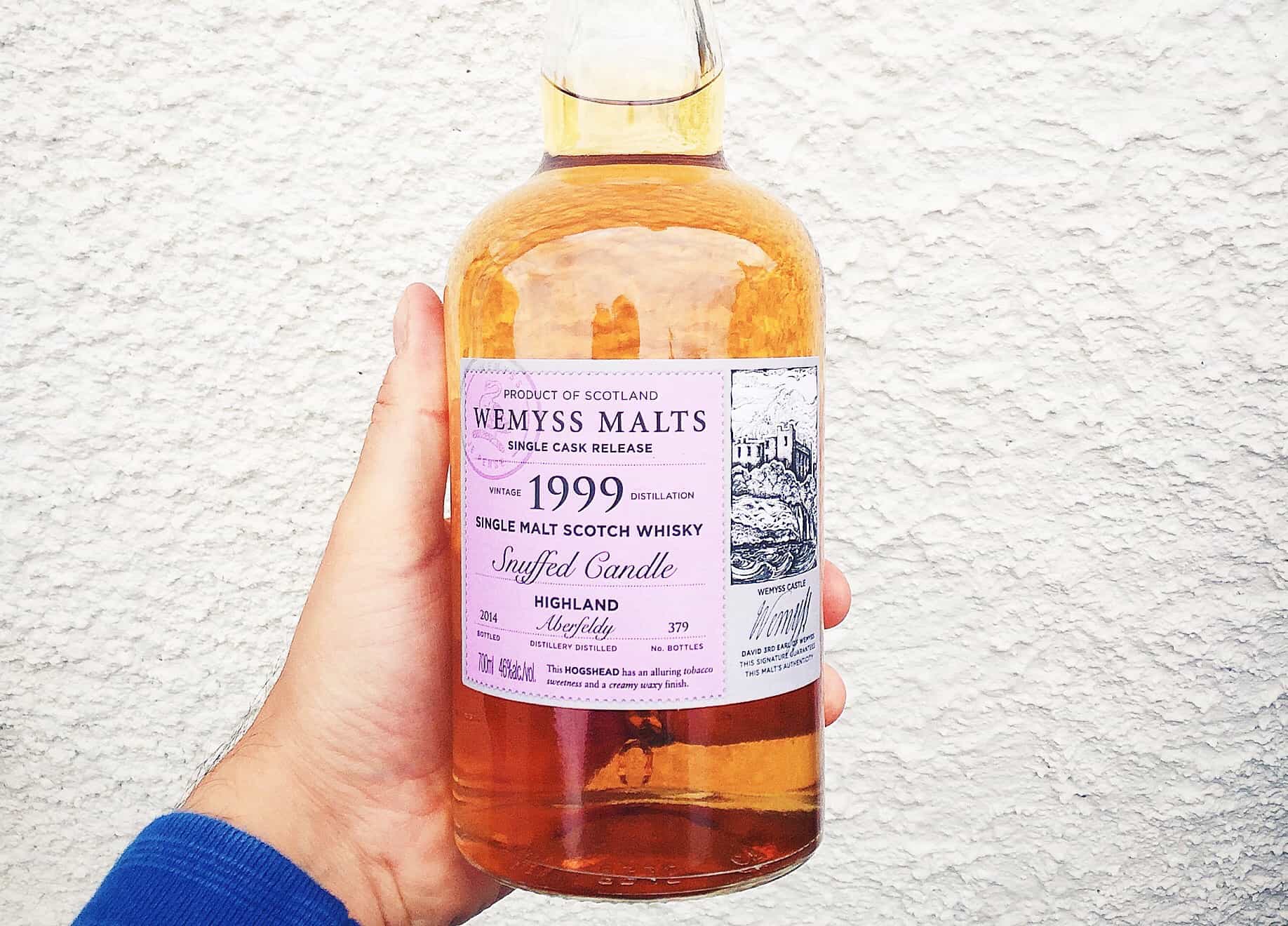