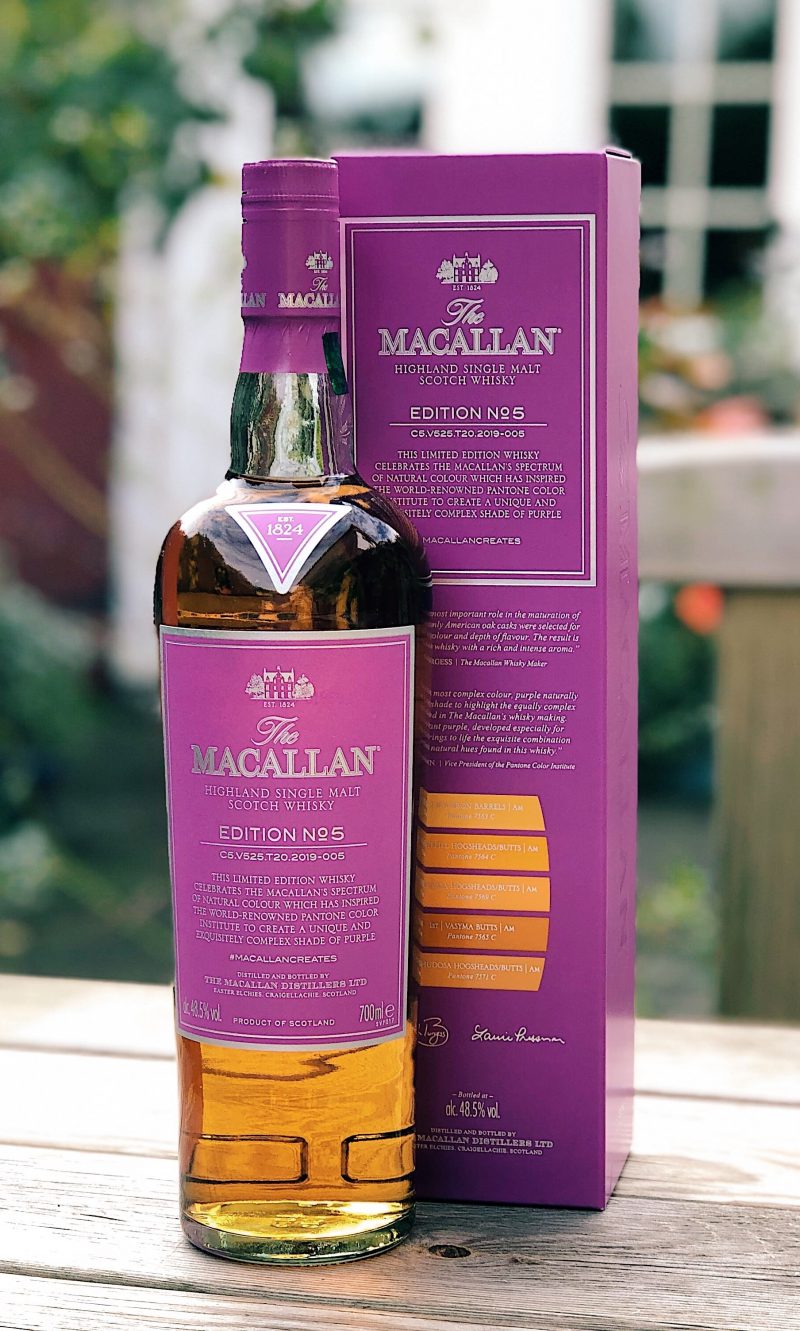 Four releases into the Edition series, so I might as well continue with No. 5. And, indeed, I’ve enjoyed them all so far, so for me to splurge £100 on this – well, it’s already a safe bet.

So, I have bought – and opened – a bottle of Macallan, which is a rarity these days I suppose. But whilst that is a drum that can be banged elsewhere, tonight I want to focus on colour. Which is to say, Macallan’s marketing. Whilst some might want to whip out the usual negative clichés, I’m not actually going to do that. Instead, I’m going to praise Macallan’s marketing.

Whilst there are undoubtedly some quarters who would like all whisky to be made in a bothy and sold in brown paper bags, that doesn’t really pay people’s wages. Indeed, it doesn’t do much at all; doesn’t create an industry; doesn’t engage new people. In fact, a world without… branding, which is to say, things that create the desire to buy a product, nothing dirtier than that, would mean whisky confined to a few elderly men in need of a wash.

Now, I might not agree with the overall thing that the Macallan does sometimes, and the whisky can be hit and miss at each respective price point, but on the whole, it is good. Yet the whisky community tends to look down upon it quite heavily – yes, the glorious 18 year olds of yesteryear are no longer upon us, and yes they do sell for quite a worrying amount at auction. And yes, their recent brand campaign was some bizarre joke on the industry, surely. But the immense dislike in some quarters is quite unusual.

So, the concept of colour. What do you do? Get your own Pantone – team up with that brand who pretty much own the concept of colour – and put that partnership out there to the world. Colour and Macallan become synonymous, or that’s the plan – it’s what they’d say in those dreaded marketing meetings where people conspire to see how they can sell products. The very thought of making a living! How dare they.

Perhaps Macallan’s advantage, in general, is the sherry wood emphasis, their style I suppose, which enables them to make more of a thing of colour than most brands. And a natural colour is pretty much what everyone expects in a whisky these days – E150 being dumped into things seems less of a thing in whisky geek circles. So by announcing this partnership, they stake a claim as the whisky with good colour. There’s nothing complicated about these sorts of activities – it’s simple, probably quite expensive in this case, but it is the sort of thing that when shouted loudly and regularly enough tends to cut through into public consciousness.

There are lots of ridiculous details on the packaging, with Macallan suggesting a whisky’s story starts from the “acorn” – in which case, why not dump vodka in the barrels to begin with? – and lots of hyperbole, smoke and mirrors, which we can all safely ignore. But despite the ridiculousness on the box, it also tells us quite clearly what the cask breakdown is; which offers a shade more transparency than most other producers.

And there’s the irony: all this nonsense aimed at people who don’t really drink whisky, and then that breakdown to tick some boxes for the nerds. That cask breakdown is first-fill bourbon barrels, second-fill hogsheads/butts, first-fill Tevasa Cooperage hogsheads/butts, first-fill Vasyma Cooperage butts, and first-fill Hudosa Cooperage hogsheads/butts. As you can see, lots of fresh wood, with an almost undead zombie barrel thrown in. Now I’m not completely dazzled by all of this – there’s nothing about barley and I don’t even know whether or not the liquid is fermented in someone’s lunch hour and then rushed through the stills, but I am merely being fair.

Which is to say, I still don’t understand why half of you lot hate the Macallan. 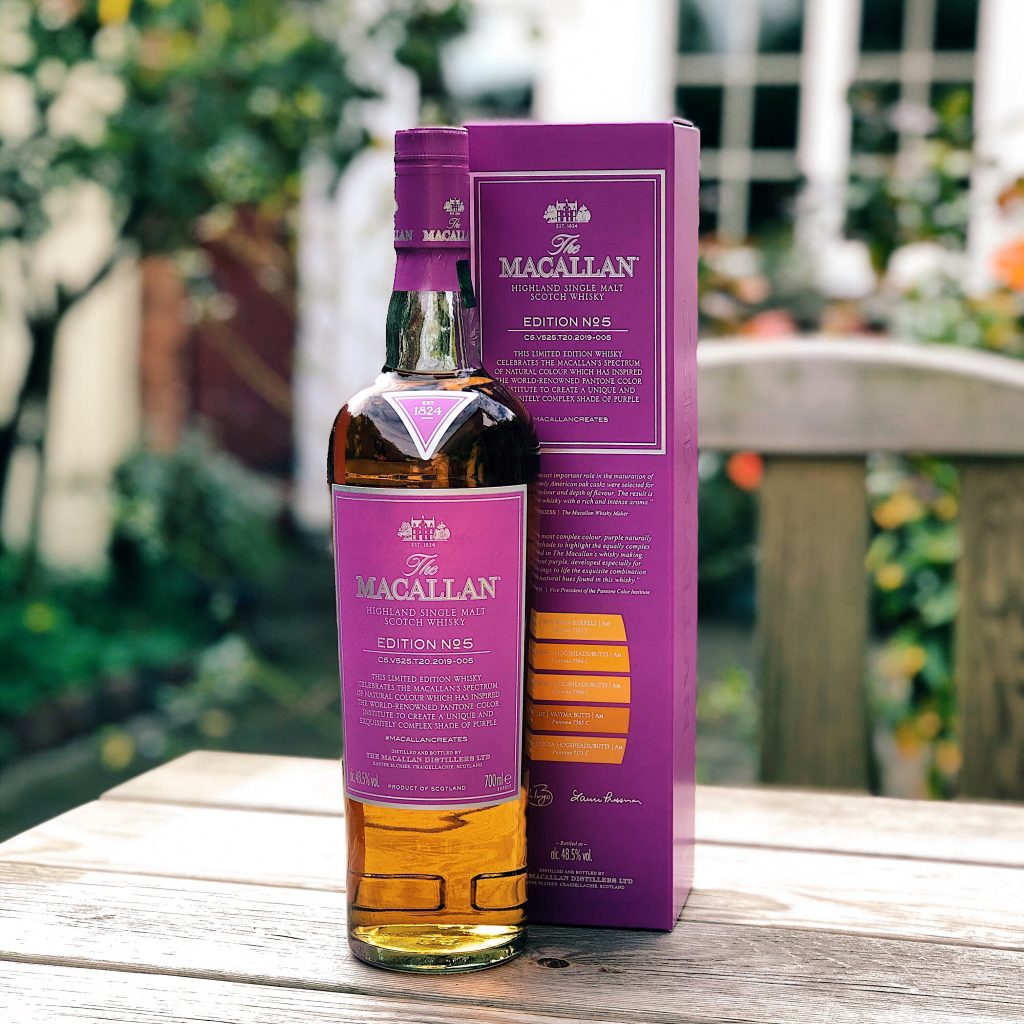 On the nose: salted caramel chocolate – a slightly briny sweetness, if that makes sense. A certain freshness to the dried fruits – sultanas, apricots, then dried oranges and cinnamon. Sandalwood and jasmine. Woody perfume, amber, tea pots – all of which opens up splendidly as time progresses. A hint of pressed apple juice.

In the mouth: silky delivery. Coffee, cloves, allspice, ginger and lovely salted caramel sweetness. White pepper. Plenty of dried fruits, as expected, raisins, with dried cranberries too. A rich damson chutney (I imagine this goes very well with cheese). That salted note returns late on – and it balances out that sweetness effectively. Bitter dark chocolate, tobacco and a hint of charcoal. But that silkiness!

Much in the same style as the rest of the series – indeed, though much of these are confined to memory, I feel it’s rather similar in taste, even if my notes vary slightly. If you liked the others, as they say, then you’ll… You get the idea. But it’s still good – still about £15 to much, but if people keep buying it then what are they to do?

I always feel like an apologist for Macallan when I write something positive about them. I don’t have to be. I bought this with my own money. Haters gonna hate. I like this and I am glad I bought it. (And I didn’t even make a reference to the Purple Teletubby and the new distillery looking like Teletubbyland, which would have been what Jason would have done.) 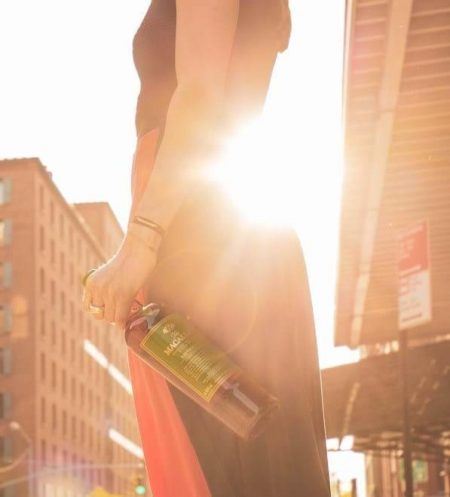 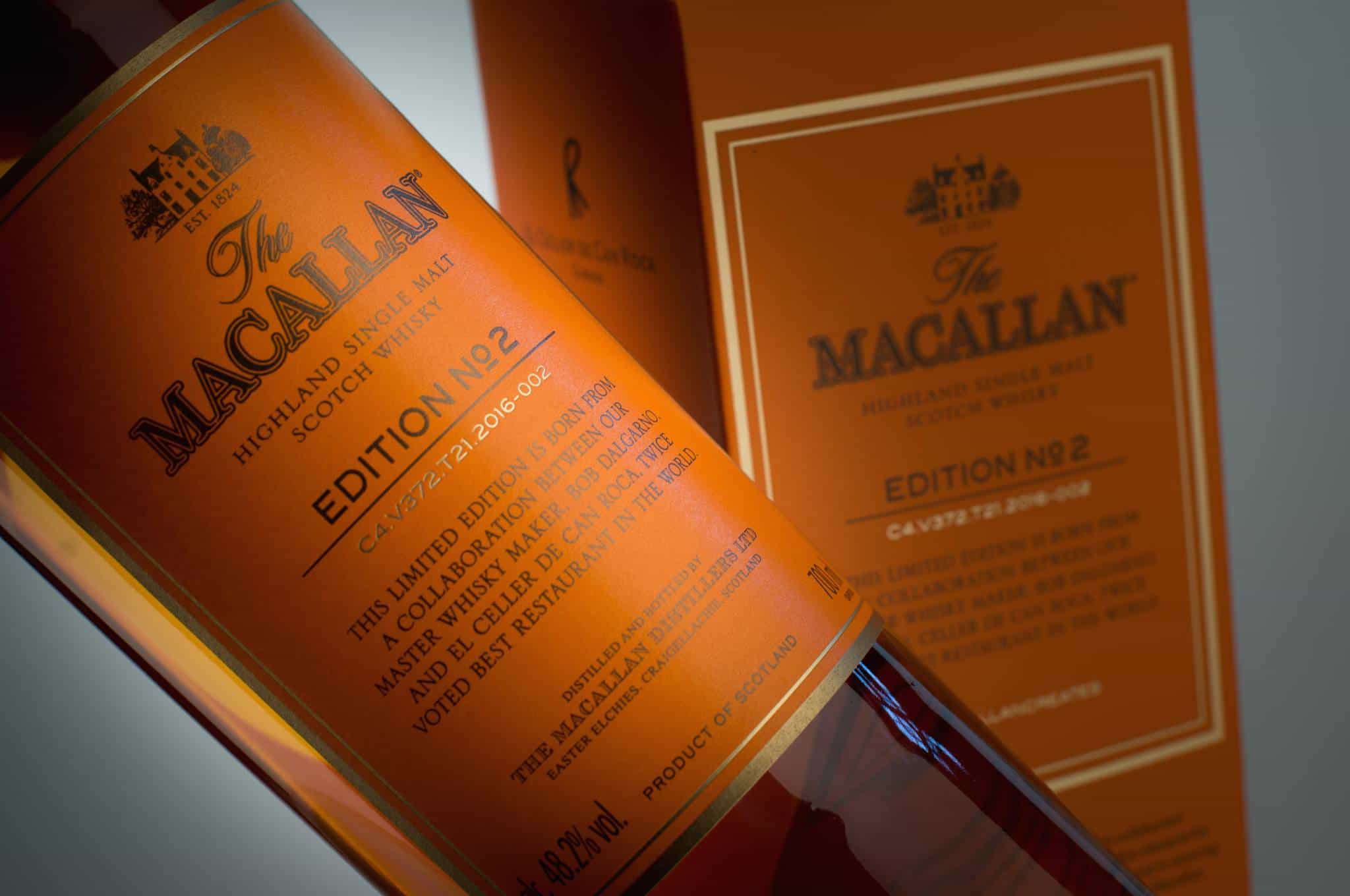