I recently spent an interesting day wandering around London, visiting a few places I’ve always fancied seeing, one of which was the Tate Modern. Now, I enjoy some art but find a fair amount difficult to engage with. I don’t want to be challenged on every perceivable/conceivable aspect of each piece. If the description of how it was conceived waffles on then I can easily switch off, and will go find something else I do like. Sometimes I just want to look at it and think “that’s interesting” and enjoy the art for art’s sake. Some of the displays I looked at really spoke to me and I found the various details and concepts of interest.

Some of it was just nonsensical to me, like piles of scrap metal or multi-coloured blobs. I couldn’t fathom out why it existed and I was unable to find the description on the wall to understand the bullshit story behind its existence. So it was just a pile of scrap metal or a blob to me with no perceivable meaning. Some people were still gawping and taking pictures though, so they obviously had an interest (and worked out where the description board was) but it wasn’t for me. Ultimately, the art spoke for itself.

This got me thinking about the purpose of the making whisky, the end product and thinking about how it meets our wants, needs and desires set by our tastes, our palates, our wallets and occasions. Does a distillery want to create something unique and special like a Mona Lisa – or are they there to shift large numbers of something that just fills a gap in the market? Or create their own pile of scrap metal?

With this in mind, I thought for my first review I’d try something which was (fairly) rare, high-brow, exclusive and try it alongside something a bit more common and accessible – in the art world a Turner vs an awful print that has been copied a thousand times which adorns a wall in every pizza restaurant. Ok, maybe not that common, maybe a print of some hills, sheep and drystone walls which you’ll find on the wall of 100 B&Bs in the Yorkshire Dales.

For the Yorkshire Dales print I have a blended grain whisky from that industrious giant Grant’s, the Elementary Oxygen 8 Year Old expression from their travel retail range. There’s a shit load of waffle about how this whisky celebrates the use of an oxygen deficient environment during distillation which produces a “crisp, sweetened flavour profile” yadah, yadah, blah, blah. I was intrigued by this during some online perusing to explore the world of grain a bit more, and as it had £8 quid knocked off the £38ish RRP, I still saved a couple of quid even after paying for postage. Booyah.

To compare apples with apples and staying with grain whisky, the only thing I have to hand that is fairly exclusive is a 28 year old Port Dundas single grain, extracted from a single refill hogshead by Hunter Laing for their Sovereign range, with a turnout of 253 bottles. My “naivety senses” tingled that this could be something of potential quality given the age, and compared to most other whiskies in my cupboard, it’s a veritable Picasso. This bottle would set you back around £100, if it were still available. But there are other examples in this price range from other independent bottlers.

N.B. I’m not going to add to the discussion of comparing grain and malt whiskies, their pitfalls and boons, I’m just tasting some whisky.

So, without further ado, let’s have a canter through these two examples. Tasting notes below.

On the nose: Not great. Immediate synthetic rubber (in a bad way) from something cheap and nasty. Very fake. With time, some toasty sweet biscuits come through, with some woody notes, and a little almond and pecan. Some fresh fruit salad – the kind that’s past its best. But that synthetic odour of rubber sings (bellows) over everything else, resulting in something quite unwelcoming.

In the mouth: Flat an insipid mouthfeel. You can tell it’s been bottled at 40%. It’s more disappointing than the nose with not much in terms of flavour – cheap custard tart, ripened strawberries. That synthetic rubber. Very little else.

The nose is better than the taste. It’s not horrid (I’ve had worse) but for the price, and the fanfare that this whisky gets from online articles (another warning) it’s a disappointment, so I’ve knocked it down a point. It makes me wonder if their oxygen depletion process removes character more than anything else. If I had to use one word to sum up I’d use boring. It leaves an indelible blank.

Now let’s see what 20 more years in a cask gets you.

On the nose: Lovely. Some toasty sweet biscuits with a hit of some spicy oak. Perhaps a little too woody, but it’s not overwhelming. Soft vanilla fudge along with some stewed fruits and furniture polish. A little earthiness too. All very enticing.

In the mouth: All of the above plus marzipan with a lovely mouthfeel. Adding water brings out more caramel with some freshly cut pine. A really warming, really smooth, well balanced dram. A lovely experience compared to the Oxygen.

I have very strong memories of a recently tasted Springbank 18 and a Machrie Moor Cask Strength in my mind which I’m mentally comparing in terms of experience. The character of this doesn’t disappoint. For me, flavours are flavours, but like a dish in a Michelin restaurant, there has to be balance, which the Port Dundas has and way more so than the Oxygen.

I’m one of those people who tries to avoid following the crowd as much as possible – when I hear the old bloke in the pub say that he “only drinks single malt” I want to try other things. Hence why I’m on a bit of an explore of blended whisky and grain whisky at the moment.

There is an enjoyable lightness to these whiskies at first, but they do become slightly cloying after a while. They’re a little too sweet, even for me. Overall, both are smooth, for different reasons – one is bottled at 40% and the other is 20 years older and has mellowed nicely.

The Grant’s is just another gondola print on that pizza restaurant wall. You would forget it as soon as you walked out the door. It’s just boring. Maybe I was conned by the marketing-folks’ waffle, though probably more likely by the few quid knocked off. As an introduction to grain whisky it’s not great, and makes you question why they harp on about the process to produce something so naff. The answer is, to make you buy it – but don’t. It’s nonsense – one of those shapeless blobs. Given this was released in 2016, and I recall seeing a great pile of them at an airport earlier in May, indicates to me that is might not be selling well.

The Port Dundas on the other hand is on another level. This is something you can really mull over on an evening, consider the nuances, relishing and enjoying its finery. For a little more than double your money you can have something which is more than three, and closer to four times as old which for me is the reason why it is so much better. Plus Hunter Laing likely gave a toss about what went inside this bottle. 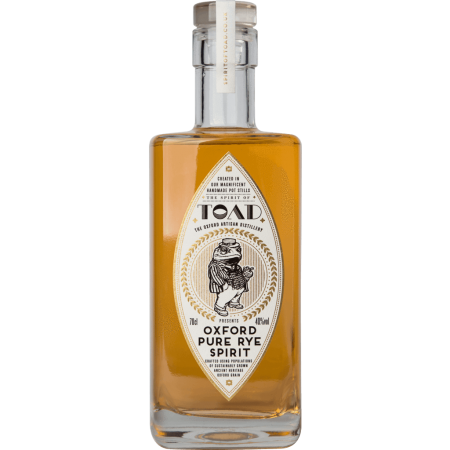