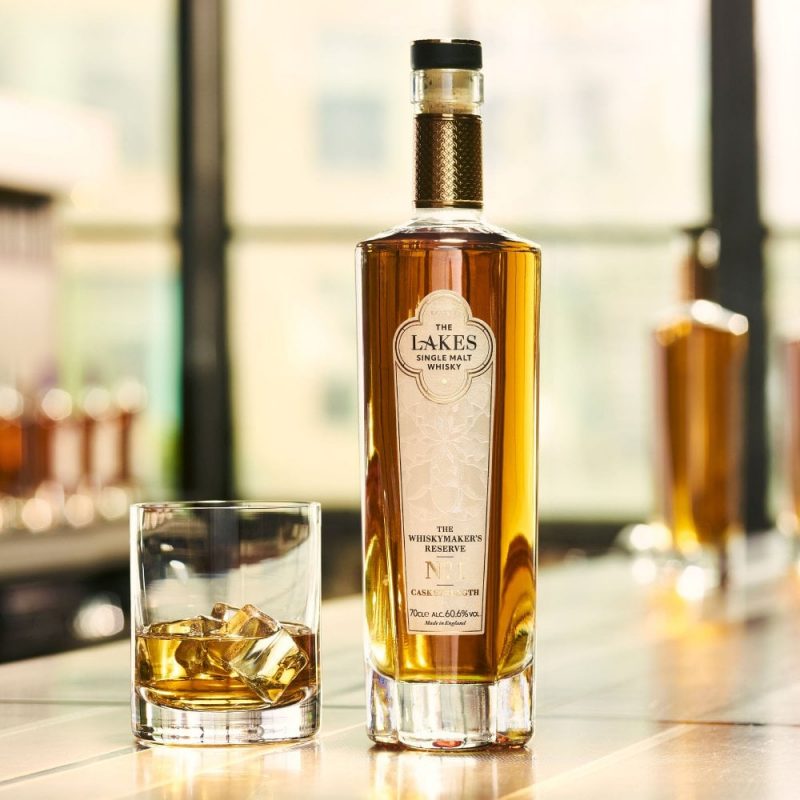 My favourite book in all the world is a novel titled A Song for Nero. I don’t expect you’ve heard of it – no good reason you should have. It’s on the niche end of niche; it’s not taught in schools, it doesn’t feature in the canon of approved University literature. It’s a thickish historical novel of philosophical bent that parodies Homer’s Odyssey by imagining Emperor Nero did not, in fact, kill himself in 68AD, but that someone who looked very much like him did. Leaving Nero himself to wander the world for the next ten years with the doppelganger’s petty-criminal brother. A synopsis that I don’t suspect will have Malt readers scrambling for the shelves of Waterstones.

I was fifteen when I first read it, and I dare say I’ve re-read it more or less every year since. I loved it because it was written in a style I could never previously have imagined. It taught me that, with a sufficiently compelling tone of voice, you could write about any subject, from the sublime to the bollocks, and still bring a captivated reader along with you. It was for the same reason that I first became a disciple of Malt, back in its original iteration. It is for the same reason that I still rate Mark as whisky writing’s lodestar.

One passage in particular always stood out. In it, the petty criminal recalls a discussion he once had with Lucius Seneca on moral philosophy. (I don’t think Hollywood is drooling over the film rights.) As a demonstration of his point, Seneca presents first the case for the defence of Nero: Nero the lawmaker, the peacemaker, the encourager of arts, the man who, on assuming power, swept away the vices and corruptions that had marked and marred his uncle and adopted father’s reign as Emperor. It’s all historically verifiable – look it up, if you can be bothered. He then goes on, separately, to make the case for the prosecution. Nero the despot; the tyrant; the blood-soaked, bestial, murderous monster whose name has become a byword for every sort of depravity.

But it’s Seneca’s summary that’s really stuck with me. The one thing, he says, that neither side – defence nor prosecution – will permit you to believe, is that it’s all true. All the good, all the bad, and that someone can be separately good and evil and switch between the two like an actor flicking between roles.

There’s something in that, isn’t there? Something so resonant, so perfectly applicable to this furious, us-vs-them, with-us-or-against-us era of internet vitriol, wilfully-credited fake news, politics-turned-battlegrounds and tumultuous, tawdry tribalism. It infects every single walk of life, however trivial or important, this increasingly religious insistence on the world writ black and white. And it certainly permeates whisky.

In his recent, wonderful, piece on their Edition No.5, Mark questioned why most of you hate the Macallan, and “hate” is the right word. No one is ambivalent about Scotland’s ritziest malt; no one says “yeah… I quite like them”. In whisky circles – and I’m talking about the most wonkish of circles here – the circles that read a selection of blogs and grumble on twitter and would keep buying whisky if it was sold in brown bags lined with sheep guts – Macallan is the ultimate us vs them. It’s held as MacScapegoat, MacSellout; single malt Judas, the distillery which, through the writings of the late Michael Jackson, helped foster the modern culture of whisky nerdism and then abandoned its old devotees in search of twenty pieces of silver and zeroes on auction sites and bespoke decanters and investment bankers and posturing modern architecture.

Almost everything you read about Macallan on any whisky blog, or across any confessed whisky lover’s social media runs along the theme of “it lost its way”. As though grandiose marketing, the adulation of billionaires and £450 bottles that sell out in seconds represent some gargantuan, accidental blunder. Almost none of the chatter concerns whether the liquid itself is actually any good. And if it does, the conversation is generally reduced to “nowhere near as good as it used to be”, delivered with the smug tutting of a parable. The cautionary tale of whisky Midas, fallen from grace in search of gold. The Emperor’s new distillery.

Look, it’s quite true that many of those pre-90s Macallan 18s were a thing of rich and decadent great-sherry-cask-and-fine-distillate wonder. But let’s not pretend that Macallan is unique in the quality of its output showing a slide in the last thirty years. Almost every distillery in Scotland has creaked under the burden of demand; corners cut, fermentations shortened, barrels re-used, more efficient barley strains deployed. The question is: does Macallan still bottle good whisky? And the liquid evidence, as Mark’s tasting, particularly of the Edition series, demonstrates, suggests that the answer is: yes. Or, at least, that it can when it tries to. After all, if none of us actually wanted to drink the Macallan, there wouldn’t be such an online gnashing of teeth over it and whisky twitter would be a far quieter place.

Another distillery that incites a great deal of vented spleen is The Lakes. I know, because one of the angriest voices has been mine. The Lakes has made no secret of its ambition to be England’s Macallan, even down to hiring a Macallan whiskymaker, Dhavall Gandhi. The difference, as I have said more than once on Malt, is that the modern beast that is Macallan was born out of decades and decades spent making whisky that people who ought to know such things viewed as one of the best in the world. Whereas The Lakes’ school of marketing initially went more along the lines of “we’re-honestly-brilliant-please-believe-us-no-questions-thank-you”, and accompanied gimmicky blends that frequently ranged from bland to rotten.

So it was with some surprise that I visited The Lakes and discovered that their maturing single malt was, in fact, very good stuff, made using all sorts of swotty production methods scribbled up more thoroughly here. Which of course brings us back to our opening dichotomy: that a single distillery can spaff out all sorts of emetic PR, can shoddily renege on promises to founder members, can self-indulge in knowingly exclusionary preening inaugural auctions for the sole pursuit of a few headlines and a masturbatory brand image irrelevant to actual liquid quality… and can make very, very good whisky.

And it’s very easy to stuff one’s fingers in one’s ears, to say that you can’t have both sides on the same coin and to condemn any praise of such brands as rank apologism. I dare say I’ve been guilty of that on Malt on more than one occasion, and our Jason is practically online whisky’s witch hunter general. But that doesn’t mean it’s right, and occasionally it behoves us whisky zealots to admit it.

Philosophical ruminations aside, it’s time we took a look at today’s whisky. It’s called Whiskymaker’s Reserve No.1, which puts me rather in mind of Macallan’s Edition series, though I’m sure that’s just coincidence. The spiel in the press release says that it’s the first of several bottlings designed to show off the distillery’s “sherry-led house style”. Indeed literally as I was writing this I got an email announcing the second. For this first edition, bottles were filled at cask strength from PX and red wine casks made from American and European oak then flogged for £60 or thereabouts. So style-wise we’re in Bimber First Release territory, and price-wise we’re looking at Cotswolds Founder’s Choice. Lofty company.

One more observation, before we crack on: the box said that this is a release of 6,100 bottles, yet the PR – and my bottle – says that there were 5,922. Which begs the question of what happened to the other 178? I imagine it’ll remain forever shrouded in mystery, but I’d like to go with my colleague’s suggestion, that the whiskymaker “just smashed ‘em down” himself. 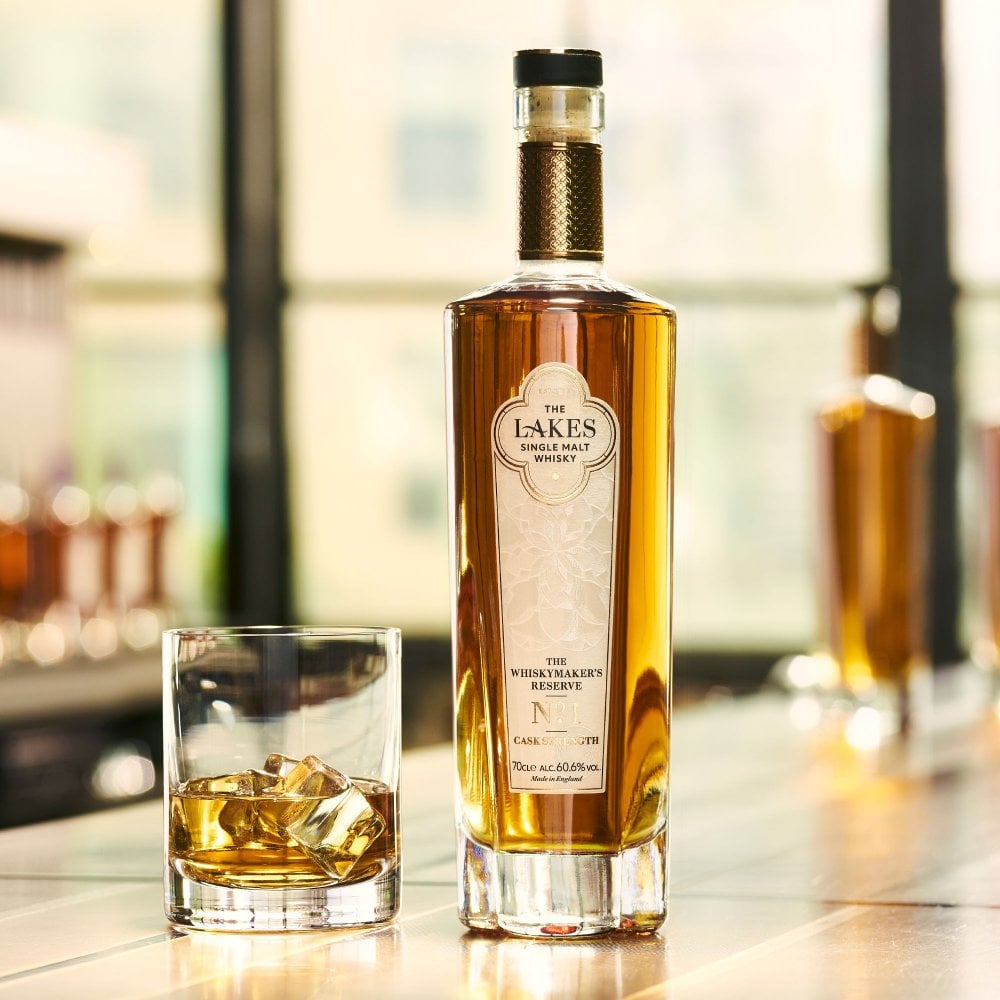 The Lakes Whiskymaker’s Reserve No.1 – Review

On the nose: This is single malt for lovers of classic old world red wines. Indeed there seems to be more of the wine casks than the PX, though a rumbling depth nods towards the sherry’s input. Dark cherries and dried cranberry. Stem ginger syrup, brown sugar and blackcurrant. Polished wood and a touch of pine sap. This is a cracking nose. Just a smidge boozy-fumey.

In the mouth: An unctuous, tongue-smothering wrap of all of the above, plus candied citrus rind, treacle and wild strawberries. There is, it must be said, a blast of alcohol and a big smear of casky wood tannin, but this is rich, indulgent and heady fare that could too-easily be poured with an over-generous hand.

Having reviewed a few dozen English whiskies on Malt over the last two years and never scored above a 7, in the space of one month I’ve now given three eights. This is the Lakes whisky I’ve been waiting for, and if you can still find it I wouldn’t hesitate to pick it up. I’ll be all over the second edition. I tasted this next to the Bimber Re-Charred and Cotswolds Founder’s Choice (which I would have also given an 8, had I reviewed it) and I couldn’t help but think, not for the first time, how lucky England is to have that trio of distilleries. They’re already making outrageous stuff … just think how much fun there is still to come.

Since I’ve blethered a fair bit about the general reluctance to consider whisky’s full picture, one final thought. Scotchwhisky.com closed its digital doors recently (at time of writing). I didn’t always agree with them; in fact I lambasted them in an article here once, got a swift ticking off and haven’t since been forgiven, which is fair enough and par for the course. Certainly their style differed vastly from ours. But they earnestly, sincerely, thoroughly and consistently endeavoured to open the widest possible window on the world of whisky to the broadest possible audience. My morning coffee, and the whisky community, is the poorer for its loss. I hope its many voices quickly find a new home. 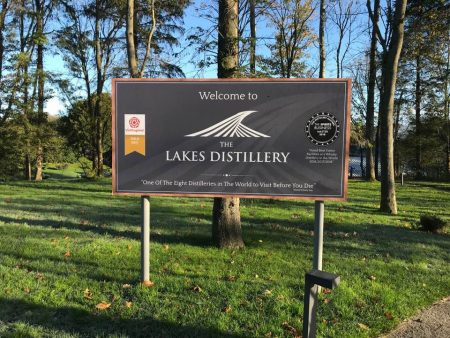