I had just finished this another Hampden review when a forgotten thought inspired me to write this one. After going down memory lane and mentioning some of the anime I grew up watching, I realized I had forgotten to mention Cowboy Bebop. With that realization, I remembered, I have a cowboy-ish High West to review. An unusually extra hectic couple of weeks had just ended. I overlooked my incoming Tokyo trip. I suppose, this sudden crave for anything Japanese related, was a way for my subconscious to remind me of the impending travel.

You might be wondering how I made this wild connection. Ride with me now… What’s a brand that oozes with a cowboy image? High West! What’s Utah known for? The Jazz NBA team, Mormons, High West and Rocky Mountains. The anime is the first thing I saw that’s a mix of sci- fi with classic Western and Eastern influences. Then add Bebop, which is a type of revolutionary jazz that was started in the 1940s. To me, High West and Cowboy Bebop are both revolutionary and melting pots.

Revolutionary? Melting pots? Let’s go back to more than a decade ago when the American whiskey scene was still ramping up. Again. Nobody wanted rye. The big boys weren’t making much rye. Only a few outfits like Dave Perkins bought rye. People seem to have forgotten, or don’t know, High West had a big hand in making rye prominent again. By the time rye became more in demand around 5 years ago the big boys didn’t have enough stocks. Brands like Templeton, were just sourcing whisky from one place. The big Scotch companies who are very into the American whiskey game now, were not really into American whisky yet. Bulleit Rye was still being made by Four Roses. Bulleit Bourbon was still sourced from MGP. Bulleit distillery my ass. Beam Suntory was still just Beam.

High West is credited to be a pioneer for the craft American whisky scene. I am guessing they influenced how brands like Smooth Ambler, Michters and KBD operate. Different distilleries to me are like different cultures. Much like companies having their own company cultures. Dave Perkins sourced different whisky mashbills from different distilleries like MGP, Four Roses and Barton and blended them. Wait, doesn’t this sound just like the Scotch industry? Yes, but was there any American whiskey outfit doing this prior to High West? I can’t think of any. Willet, maybe, but they mostly released the sourced whisky as single barrels. High West started in 2004. From what I know, the KBD blends like Noah’s Mill and Rowan’s Creek started coming out in the 2010s. Let’s not forget, High West was transparent in their blending and sourcing. They were transparent before it was a mainstream thing. Lastly, they invested in making their own whiskey while sourcing.

Let’s not forget their openness to break away from the labeling norms. Back then companies like Heaven Hill and Sazerac were advocating the beauty of Straight Bourbon. What did High West do? “Oh let’s release a 21 year rye mashbill whisky aged in used casks.” “Oh let’s finish straight rye whisky in ex-port casks”. “Why don’t we come out with American whisky blended with peated Scotch?” These releases probably inspired releases like Smooth Ambler’s Contradiction.

Now for Cowboy Bebop. I already mentioned above that I see it as a mix of sci-fi, old Western and Eastern influences. The sci-fi influences mostly coming from, I think, Star Wars. There’s the humanity living all over the universe theme. You can’t forget the spaceship battles. Yet, despite the futuristic theme to it, there’s still an old-school feel to it. Their guns don’t shoot lasers. The cars aren’t hovering. There aren’t any floating cities. The architecture is very 90s.

The Western influence is obvious in the title. There are characters in cowboy uniforms. The strong Jazz music was instrumental in making this funky and unfamiliar style of anime appealing so memorable and unique. Lawlessness is a strong theme. There’s a Bonnie and Clyde reference. Bounty hunting being a catalyst for some of the missions in the episodes. The one on one showdown between Spike and Vicious. There are Native Indians portrayed as wise men in some episodes. Lastly, the famous Western troupes of one-man armies.

Finally, there’s the Eastern influences. Of course, being an anime, it was produced by a Japanese company. Japan very much loves American culture. From Ronin themed movies being their version of cowboy movies to their love of American whiskey and love of American music like rock and jazz. Japan after all, kept the American whiskey industry alive when Americans were ignoring their own whiskey. Spike is obviously a Bruce Lee reference. There’s Vicious’ use of a Katana. Some dishes and characters have Asian names. The currency in their universe is called Woolong for example.

Since I’m high on Japan, I’m going to boldly say that Bebop and Japan has this timelessness aspect. The show might be 2 decades old, but still stands up very well when compared to today’s anime. It is regarded as one of the best animes ever. This is similar to a lot of people worshipping the enduring traditional Japanese culture. Samurai, ninjas and geishas are still strong and famous symbolisms for Japan.

For me, everything above can be an argument for Bebop’s effect on anime and maybe entertainment itself. It has influenced the creation of shows such as Samurai Champloo and Kill Bill. Bebop’s most revolutionary aspect for me is how it presented a person’s uniqueness by being broken. Everyone on the Bebop crew had their own demons. Despite being broken, they still kicked ass. They functioned as a dysfunctional family. I realized that it’s the first anime I’ve seen that is fun yet still shows depth. It’s also the first anime I ever saw that made a woman strong. Yes, Faye was very sexualized, yet she was always a step ahead of the men. These are things I realized later on, of course, as I grew older.

However, glorious High West and Bebop might have been, this all still ends bittersweet. The anime only has 26 episodes and 1 movie. High West’s success also led to its problems. More outfits started sourcing whiskey until the distilleries stopped selling. Goodbye old whisky stocks. Gone are the days of seeing American whiskey well into their teens, much less their 20s. Of course, I can’t forget that Dave Perkins sold High West to Constellation brands.

Yes, the nose got too orange-y and cinnamon-y for me but it was still pleasant. In the mouth, it flipped itself 180 degrees. The flavors were softer but more wild. Whatever dominant notes I got on the nose, took a backseat. The more subtle notes took control.

Yipee kay yay. This is the oldest and quite possibly the best rye-based whiskey I’ve tried yet. It drinks like it’s more than 46%. It’s very surprising that this whisky that spent 21 years in used casks did not end up being too oaky. The rye is still very expressive. There’s a lot of balance in this. There’s not much complexity but the flavors really last. It’s something I always expect of American whiskey. Much like the bittersweetness I felt when Bebop ended, it’s also bittersweet that High West will most likely not make whisky like these again.

When will the big American distillers start being “innovative” and make whiskey like these? This essentially tastes like a small batch American whiskey aged in 2nd fill casks. Yes, it’s not a marketable straight whisky. But who cares if this is damn good?! 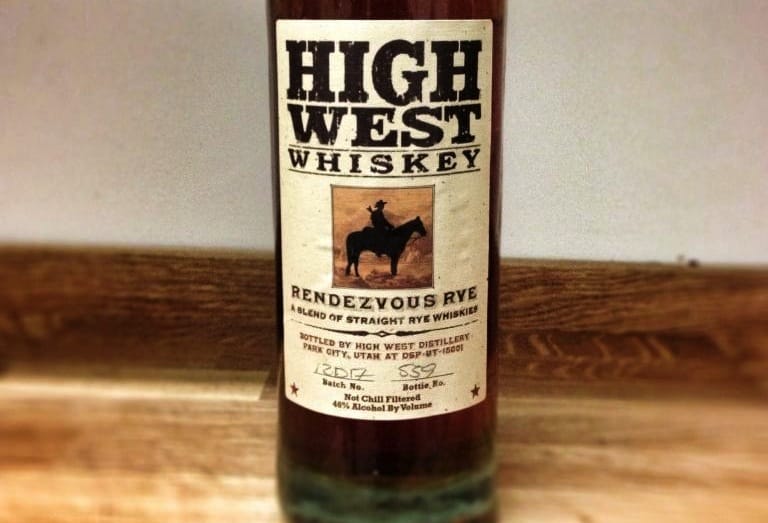