What do you know about Cognac? I have to admit not as much as I should, despite having had the odd dram now and again over the years. I tend to leave such things to the chatterboxes out there. It seems to be a favourite trick of any tasting organiser; slipping in a little unexpected surprise into a whisky line-up. On numerous occasions, I’ve seen examples of Cognac and Armagnac revealed to great surprise. So, please bear with me, while we take a trip into the past before jumping right back into the current day.

Cognac, was hugely popular before whisky had gotten into its stride. By the 1600’s it was being exported outside of France to much acclaim and going from strength to strength. All seemed good, that is until its dominance was ended by a most unlikely source and whisky seized the void and never looked back.

The problem came via North America with the accidental introduction of phylloxera into the European environment. This insect devours vines by feeding upon necessary nutrients thereby starving and ultimately killing the vine. Whilst American vines have, through evolution, developed their own defence mechanism, their European counterparts were essentially up a creek without a paddle. The spread of the parasite was relentless with 1872 being noted as the year things came to a head. Regardless of whether it was wine, Cognac or Port producers, the impact was catastrophic and many estates closed their doors for good, or were severely hampered for decades to come. This was especially so for Cognac, which can only be created in the French region of the same name. If you have all your eggs in one basket so to speak, and a greedy parasite comes along…

Whisky as we know, was taken up as an alternative by the spirits buying public. It was this boost in demand that helped propel Scottish distilleries into a new century on the crest of a boom wave. The transition from Cognac to Scotch isn’t a massive leap. Both spirits are matured in oak and Cognac uses the Charentaise distillation method, or double distillation to mere onlookers such as you and I. As in Scotch, the skill of the distiller is key during this process and their actions will have an immediate impact on the resulting spirit.

Cognac does differ in that no grains are used during this creative process. Instead, only specific types of grape (Blanc, Colombard, Folle Blanche) are deemed acceptable. You utilise what is historically plentiful in your region. The region of Cognac has grapes and the Glens of Scotland have midges and crofts growing what they can, including grain. Cognac distilleries also ferment the grapes, albeit for much longer than many of the distilleries we see in Scotland today, but that’s changing with some of the newer arrivals exploring flavour, by expending fermentation to 1-2 weeks. Cognac also has to be matured for at least 2 years to warrant the name with other distinctions given to longer examples of maturation.

The French love their classification systems. A 2-year-old Cognac can be called VS, or very special. At least 4 years old can receive the VSOP, or Very Special Old Pale title. Next up is the familiar name of Napoleon – Vieille Réserve, which is a 6 year minimum period. A decade in the cask results in the XO, or Extra Old label and Extra (Hors d’Âge) is beyond the XO time frame. So, what I suppose Cadenhead’s have given us today is Triple Extra Large!

We often forget that Cadenhead’s started life as a traditional spirits merchant, before becoming the independent whisky bottling juggernaut it is today. However, the team are keen to retain traditions and have consistently released other types of worldly spirits including a clutch of Cognac’s recently. This outturn featured 4 Cognac’s all from the Distillerie Charpentier. Incredibly, thanks to the generosity of Cadenhead’s Edinburgh, we’re reviewing this 35-year-old expression, which is the youngest of the quartet. The remaining releases are separated by 5 years, rising to the oldest with an age statement of 5 decades. This 35-year-old is bottled at 54.2% and is a single cask release producing 270 bottles with an affordable price tag of just over £100. As a comparison the SMWS released a 33-year-old single cask cognac for £350; that’s on top of a membership fee. Ridiculous and greedy.

On the nose: sweet and sugary, but held within check by the oak. There’s a gentle orange freshness followed by varnish and a touch of smoke. Pencil shavings, liquorice, grape juice and tin metallic aspect in parts. Returning to the empty glass, a used rubber band is apparent. Water is very beneficial, it shakes off the wood confines and unleashes an assortment of fruit including peaches with syrup, sweet cinnamon and an aged dustiness.

In the mouth: sweet again and oaky, more grapes, green mangoes and Kiwi Fruits with chocolate soil on the finish. Water showcases a subtle fruit aspect, combining with a gentle and refined nature, unlocking more complexity. Slightly drying and oaky on the finish, but nevertheless enjoyable with cracked black pepper and cherrywood.

I’ve enjoyed this brief foray into the world of Cognac, and like Mezcal, we should do more. Hard to pin down in places and quantify, it lacks the robust alcohol nature of whisky and the influence of the cask provides another dimension. A gentle giant if I was to try and paint a picture; so listen hard and you’ll be impressed. 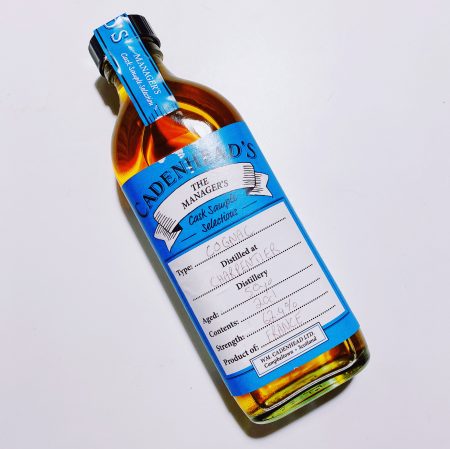 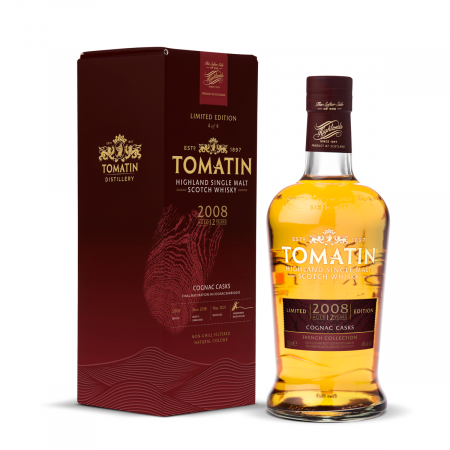