Let’s be frank, when the email from Fettercairn’s PR people landed regarding the offer of free samples, there was no stampede in the MALT HQ. In fact, arguably, the only sound was the crew bolting towards and then slamming the door. We even had to turn down an invitation to the distillery for a couple of days. In these situations, the responsibility falls upon the editors to pick up the challenge. Given Tweed’s almighty body swerve, I was left as the last man standing. So then, it’s Fettercairn time, but only the whisky.

I admire such approaches to MALT, as we don’t instigate communication, or swap lists of contacts in the pursuit of freebies. You’ll know the industry types, wannabes and bloggers who positively gorge themselves Augustus Gloop style on the next offering. The only price of admission is saying something positive, or in the worst case benign, to ensure the kaiten conveyor belt continues to knock at their door.

Recently, we were approached by a new bottling label about their latest products. Their forthright email asked us for our social media fees and if we were in agreement, samples would be dispatched asap. In return, they expected coverage by the end of that week. We refused the offer of payment and bending to their will. Replying, that we would be happy to cover any samples, but in our own time and on our own terms. That is probably the end of that approach, which is unfortunate as there might have been a solid recommendation amongst their releases. But what is more interesting, were the individuals who did take up their offer. We only know this because the coverage appeared later that week and did they disclose this was paid for content, or much of what they wrote was lifted straight from the press materials? No, which sums up their motivation and while I’ve got nothing against paid for content: you have to highlight it as such.

That’s the temptation it seems for some and personally, I tend to avoid such offers, trips and events; not only because I don’t feel comfortable with the situation, but also I might not care for other invitees. Life is too short to be spending valuable moments with pompous and narcissistic individuals who will fill their deadlines with template scripts and exclaim job done! Occasionally, I will accept an invite with the Glengoyne Edition One event proving a long and tiring day in some respects, but also reaffirming, as it was mainly populated by fans of the distillery.

So, credit to Fettercairn for getting out there despite the baggage of its reputation. And what a reputation it is, isn’t it dear readers?

The mere mention of a Fettercairn, is often enough to prompt any whisky enthusiast to throw themselves upon the mercy of the pourer. Such is the repulsion at what most of Fettercairn has shipped officially. There are exceptions, as with most things in life such as the Cadenhead’s 1988 29 year old that was quite pleasant and during the 2018 Whiskybase Gathering event, the 1978 Fettercairn bottled by the Ukrainian Whisky Connoisseurs Club was a standout dram amongst attendees. However, such discoveries requires more dedication to the cause than the combined catalogue of Indiana Jones and Lara Croft.

Just what then is the problem with Fettercairn? The distillery has an interesting history and visually, isn’t a modern godforsaken construction. Like Deanston, until recently, Fettercairn has been mainly engaged in supporting its master’s blends, or 3rd party white labelling goods. The official single malt expressions that did hit the market were blighted by poor decisions and average (at best) contents. Does anyone out there lament the loss of the Fettercairn Fasque, or Fior? Exactly, at least the new core range offers an age statement and more sensibility.

On the nose: sappy, lemon, apples and a dusting of cinnamon. A very plesant sweet musty aroma, melon, white grapes and pear drops. The emphasis on sugary sweet, flour, honey and adding water reveals more fruits and a buttery nature.

In the mouth: a burst of sugary sweetness that lingers throughout: apples and pears with a fairly flat nature. White chocolate, vanilla and a little ginger. Water reveals a sappy aspect, melon and a touch of grapefruit but only marginally improves things.

Firstly, I’ve deducted a point immediately because of the 28-year-old pricing. Because it is greedy, ridiculous and totally uncalled for. We have a brand in Fettercairn that immediately sees itself as a premium product. Its like taking a ham-fisted portrait from a local art club and trying to pass it off as a lost work from Leonardo da Vinci. Some fool out there with more money than sense might buy into the fakery, but critics and enthusiasts alike will know that no Fettercairn is worth circa £500. It is sheer folly and another example of the delusional mindset at Whyte & Mackay.

Mark explained the scenario pretty well in his recent Glen Moray 21-year-old Portwood finish review, where another distillery was reaching into a market it clearly isn’t ready for. I’d recommend checking out that article and I’ll say that I mentioned Deanston above for a particular reason. Towards the end of the millennium, no one really called about Deanston. Ian MacMillan realised that no lavish marketing budget or rebranding was going to change opinion. What was required were wholesale changes and these began in 1991 with the actual whisky production.

At the turn of the millennium, Deanston was one of the first distilleries to have a core range at 46% (or above), natural colour and non-chill filtered. They also charged a fair price for admission. Even so, it took a decade or so for the tide of opinion to stall and then change direction. Now, people talk about the distillery and its whisky in a positive light. They look forward to purchasing a new release and for Deanston, they’ll also consider paying a wee bit more.

All of this came about via a long-term strategy and building a fanbase. Only then with further sustained effort can you consider bringing out a more premium product.

Fettercairn in the 90’s, I’d argue was in the same doldrums as Deanston. Frankly, to many enthusiasts it remains there. You’re not going to change the mindset by just relaunching the distillery core range and expecting a sudden transition. It is obvious where all the budget has gone into here and while the packaging and bottles look good, they are priced excessively and therefore out of reach of those who you need to engage with.

The 28 is a very good whisky, but I’m sorry at this pricing level I can have much better value and fun elsewhere with multiple purchases. The 12 is ok, but like the 28, both suffer from a lower bottling strength, colouring and chill filtration – 3 absolute no no’s if you’re looking to engage with an increasingly educated market.

If the 12 was sub-£40, I’d consider that was reasonable, but the 28-year-old needs to be under £200 to even wet the appetite. Do this Whyte & Mackay: stimulate prospective buyers for the right reasons and then word of mouth will carry you forward.

There are commission links within this article but as you can see, they don’t affect our judgement. Photos kindly provided by the Whisky Exchange. 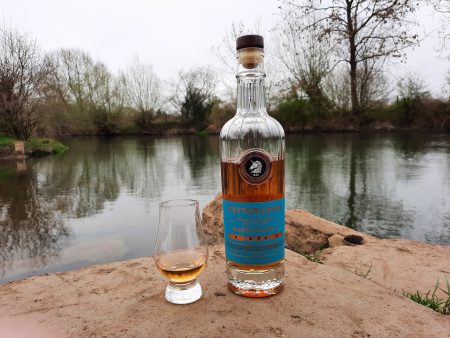