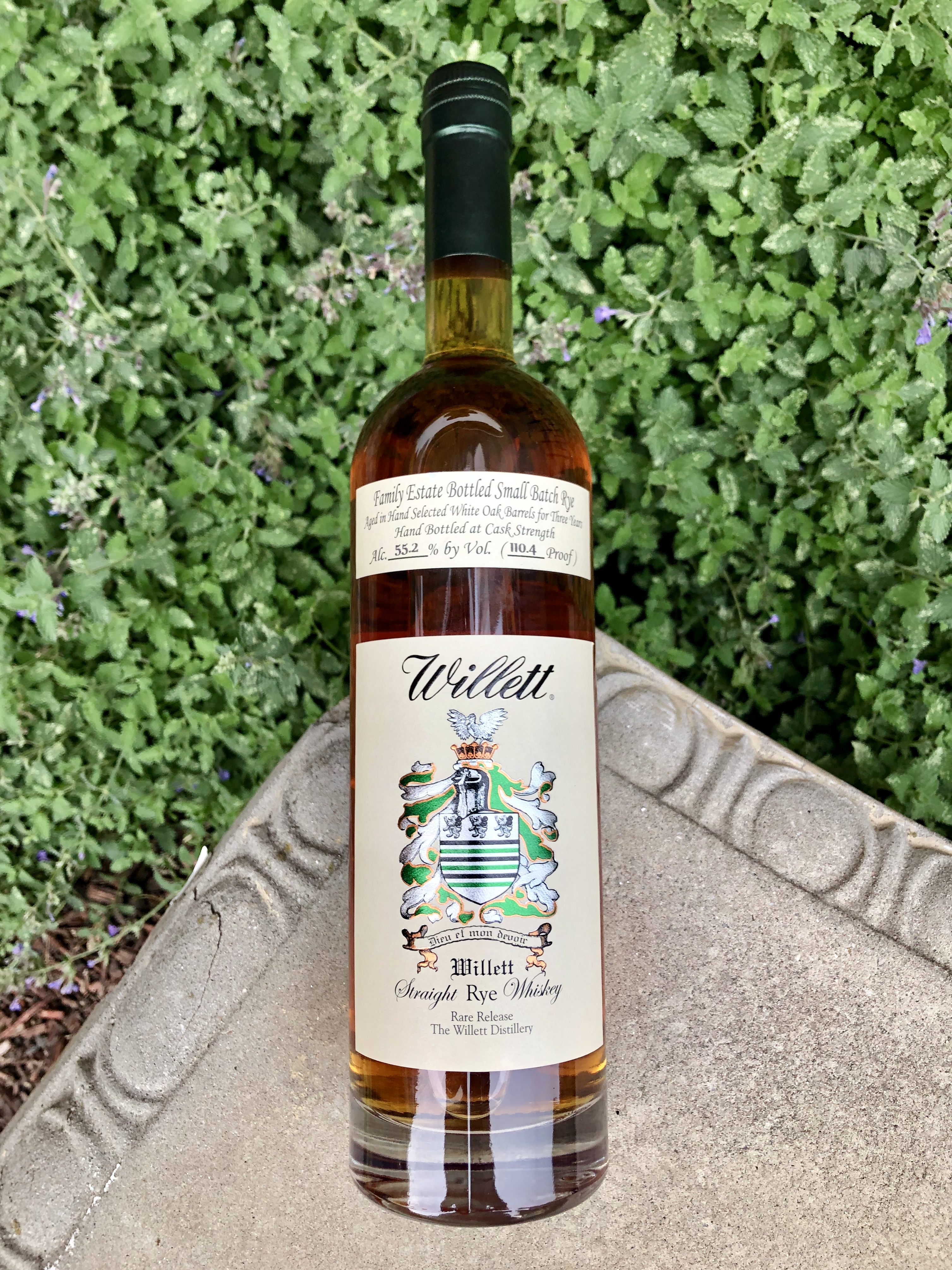 My little brother and I used to love it when we were kids. Sadly, a broken arm and a dislocated shoulder (for him) resulted in the banning of WWF (now WWE) in our house. However, I still fondly remember the tropes, including surprise entrances and plot twists.

What, you might wonder, does professional wrestling have to do with a straight rye whiskey review? Read on and find out…

Today we’ll be looking at a rye from Willett, a producer that has garnered little coverage from MALT. Mark enjoyed a four year old rye from them way back in 2014. He dispensed with a potted history so I’ll fill in the details below, punctuated by some narrative interjections with a lucha libre flair.

The Willett website has a detailed timeline going back to one of the family forebears’ pewter apprenticeship in 1684. The part that’s relevant to us begins in 1936, when the family (having been distillers and part-owners of distilleries since the late 1800’s) constructed the first Willett distillery on the grounds of their family farm. The 1940’s saw the introduction of Old Bardstown brand Kentucky straight bourbon whiskey.

[Wrestling announcer voice]: “Oh no! I think Willett’s about to be pinned!”

Things hummed along until the 1970’s, when declining demand for bourbon caused the distillery to switch to fuel ethanol production, which was rendered uneconomical once the oil crisis subsided. Given the challenging financial situation, distilling ceased in the early 1980’s.

Martha Willett (granddaughter of the distillery’s first president) married a Norwegian fellow by the name of Even Kulsveen in 1972. He purchased the company in 1984 and re-christened it Kentucky Bourbon Distillers (KBD), under which name it does business to this day. Like the Van Winkles, the Willetts have historically played fast-and-loose with naming; bottles carry the names of “Old Bardstown Distilling Company” and “Noah’s Mill Distilling Company,” though these are Potemkin companies with no independent operational presence.

The decades following the distillery’s closure saw ongoing whiskey sales. At first this utilized aged stocks from the distillery; eventually KBD resorted to using sourced whiskey, allegedly from nearby Heaven Hill distillery among others. KBD released its inaugural Pot Still Reserve Bourbon in 2008. It is notable for its decorative pot still-shaped bottle; amusingly, the bourbon won a gold medal at the San Francisco World Spirits Competition, while the packaging won a double gold medal in its category.

After years of refurbishment and reconstruction, the distillery restarted in 2012. The first finished product off the new stills arrived in 2015, in the form of Willett Family Estate Bottled Rye Whiskey, aged two years. 2016 saw the first own-bourbon release (at four years of age). The Old Bardstown brand was re-launched as well in 2016.

The label on this has all sorts of words on it. Based on MALT’s recent Instagram poll, they’re the type of phrases that elicit mild annoyance from our readers. In order of appearance: “Family Estate Bottled,” “Small Batch,” “Aged in Hand Selected White Oak Barrels,” and “Rare Release.”

Dispensing with the above descriptors and sticking to the facts: this is straight rye whiskey, aged for three years and bottled at barrel strength, in this case 110.4 proof (55.2%). A buddy gave me this bottle; retail price should be in the $45 range (though I frequently see these marked up aggressively, so buyer beware).

[Wrestling announcer voice]: “We’re about to get a review. But, HOLD ON! Here comes Aiden English into the ring!”

I’m joined for this review by my fellow Chicago whiskey enthusiast Matt Rehwoldt, better known to professional wrestling fans as WWE star Aiden English. When he’s not launching himself off the top rope into hapless opponents, Matt is a passionate and knowledgeable whiskey fan who documents his journey on his site Wrestling with Whiskey. We were introduced last year month by David Jennings of Rare Bird 101 fame, and we had an amusing evening of whiskey tasting at the exceedingly well-stocked punk bar Delilah’s. I invited Matt to collaborate on this review and provided him a dram for evaluation; his notes follow my own.

On the nose: Dominated by a very odd sour vegetal note. Something like pickle brine with a dollop of aloe vera hand lotion. This nearly crowds out all the other aromas, but some tenacious sniffing reveals orange curaçao, mocha, mint, and latex. Still, though, it’s hard to get past that weirdness.

In the mouth: The sourness carries through on the palate. This starts with the bitter, almost garlicky flavor of kosher dill pickle spears straight off the bat. It evolves a gently metallic note at midpalate, with a brushstroke of vanilla and a dash of pepper. Once again all the tart, salty, and bitter notes come back for the lingering finish, which coats the mouth.

Something has gone terribly wrong here. While I’ve experienced the occasional pickle nuance with whiskey sourced from MGP, this barrel has that effect turned up to 11. I left this bottle open for a few months and tasted it repeatedly, and it was never able to shake off the taint of the pickle barrel. This tastes so bad to me, I struggle to even finish a small measure of it.

Now, I’ve had prior batches of Willett rye and have enjoyed them immensely, so this is clearly an aberration. However, there’s obviously some wicked batch-to-batch variation, which is a risk you should be aware of if you’re considering getting a bottle. I owe Matt a make-up dram (or several) for inflicting this on him.

On the nose: Chocolate malt balls hit me first followed by cinnamon sticks and leather. A tangy almost pickle note hangs in the back around as well as a waft of copper penny. This is certainly a unique nose for me.

In the mouth: Again, a sort of briney pickle coats swims over the palate along with a mouth covering rye spice. Herbal notes join in as it washed over the roof of your mouth. The finish comes along slowly and leaves a trail of almost cocoa in its wake.

This was a very unique rye to me. Even next to a different Willett 3 year rye, this was miles away in terms of profile and taste. Seek this one out if you like unique whiskies!

Matt declined to provide a score, but you can see he received this one way more favorably than I did. As always, tastes and preferences vary. If you like odd whiskey then perhaps you should hunt this down, as they don’t come much weirder than this!