“Don’t know what you got ‘till its gone,” went an unlistenable 80’s power ballad. However, even people with stupid haircuts can make good points.

Stefan van Eycken coined the phrase “dying aunt syndrome” to describe what happened to Japanese whisky: when it was plentiful nobody gave much thought to collecting or hoarding or flipping it. Once it started to run out, previously indifferent or oblivious consumers dashed to the stores and cleared out the shelves.

Today’s expression underwent a miniature version of this, but thankfully the particulars of the production process meant that a little time was all that was needed in order to replenish stocks. For fun, I’ll taste the prior batch against the new batch, to see if any corners were cut in a rush to meet this unexpectedly high demand.

Before we get into the specifics, though, I’ll provide a brief history of the Old Forester brand, which has yet to get a deep-dive investigation here on MALT.

Old Forester is peculiar among American whiskies in that it has been more or less continually produced and sold by the same people (and their issue) since it started. Unlike the historical mining for names, reputations, and provenance that artificially colors other whiskies, Old Forester remains the property of its founder’s descendants.

George Garvin Brown was a pharmaceutical salesman until 1870, when he decided to go into the whisky business (an amusing corollary which later became vital for the company’s survival). Partnering with his half-brother J.T.S. Brown, he launched “Old Forester,” with the eponym being a local doctor who recommended the beverage for its medicinal effects. Curiously, the gentleman spelled his surname Forrester – with two “r”s – but the Browns shortened it, perhaps not to sully his professional reputation.

The product was also called “whisky” rather than “whiskey,” in a nod to the family’s Scottish heritage. Old Forester was distinguished initially by being sold only in sealed glass bottles, to prevent adulteration. A series of changes resulted in accountant George Forman joining the partnership, rechristened Brown-Forman in 1890.

The whisky for Old Forester was initially sourced, though 1901 saw Brown purchase the Mattingly Distillery, one of the sources. Back to pharmacology: the company was able to secure a license for medicinal spirits production during Prohibition, making it one of only ten distilleries permitted to continue producing. It is the only one which remains producing today, the lone survivor of this extinction-level event.

Brown-Forman acquired the Early Times brand in 1923, which it was able to turn into the top-selling whisky in the country over the next three decades. The Early Times distillery in Shively, KY also became responsible for production of Old Forester whisky. Brown-Forman recapitalized itself via an initial public offering of stock in 1933 (it remains publicly traded), acquiring Elijah Pepper’s Labrot and Graham distillery in 1941. The game changed once again with the acquisition of Jack Daniel’s in 1953, which subsequently became the top selling whisky worldwide and remains the jewel in the Brown-Forman crown.

The medicinal spirits lifeline through prohibition, and the Brown family’s continued control of the business (they remain holders of the majority of voting stock), means that Brown-Forman has a continuity without rival in the world of American whisky. This unparalleled longevity is exemplified by Old Forester, which has been produced nonstop for nearly 150 years.

The brand found a dedicated home last year when a $30 million, 70,000 square foot facility encompassing fermentation, distilling, cooperage, and bottling was opened on Louisville’s “Whisky Row.” This new distillery effectively doubled the annual production capacity of Old Forester, in addition to serving as a tourist attraction on the Kentucky Bourbon Trail.

Moving on to the expression at hand: the “Whisky Row” series was started in 2014, with each bottling meant to commemorate a moment in the brand’s history. 1870 “Original Batch” was inspired by the distillery’s founding; 1897 “Bottled in Bond” celebrated the Bottled-in-Bond act with a 100 proof strength offering. Adam really enjoyed the 1920 “Prohibition Style” bottling, which has quickly become a fan favorite in its own right. This 1910 is the fourth and (to date) final installment in the range.

1910 is subtitled “Old Fine Whisky,” and marks an incident in that year when fire stopped the bottling line. The whisky slated to be bottled was instead stored in a second barrel. This accident turned out a happy one, as the resultant product was deemed high quality, though the unique flavor profile meant that it had to be bottled separately under the name “Old Fine Whisky.” To re-create this effect, the contemporary whisky considered here underwent a secondary maturation in a heavily charred, lightly toasted barrel for six to nine months.

Old Forester was a victim of its own success in the case of 1910. Brown-Forman produced inventory assuming demand in-line with prior Whisky Row series expressions. However, the entire production run – meant to last a year – was sold out in 60 days. In December 2018, it was announced that new supplies would be available sometime around summer 2019. Late August brought a press release promising a return of 1910 “starting this week.” MSRP remains $55, same as the initial release.

For those MALT readers not yet accustomed to our arch-cynical worldview, this is the part where alarm bells start to ring. The potential shortcuts are many; relative to the first batch, this could be younger bourbon to start with, or it could have undergone a shorter secondary maturation. In order to save you the trouble of chasing down some subpar product, I have found a sample of the first batch and a bottle of the second, which I will now compare.

In the mouth:
The palate is gorgeously fruity to start, with ripe strawberries, raspberries, and a rich note of kirsch. This turns tart at midpalate with the accent of lemon juice, as well as a smokily-sweet note of caramelized sugar. This finishes very subtly, with more lingering medicinal cherry notes. Throughout the mouth this turns bitter at points, again in the style of Madeira.

This has an oxidative quality throughout that is distinct but not unpleasant. I don’t really mind it much, except where it becomes slightly bitter through the finish. Overall, this is very good. There’s tons of flavor here, mostly in good balance, for a reasonable price.

Let’s hope the second batch can live up to its predecessor. Again, this is Kentucky straight bourbon whisky that has undergone a secondary maturation of six to nine months. Again 46.5%, again a $55 retail price (kudos to Brown-Forman for not sticking it to us on the second go-around).

On the nose: On first opening, this has the smoky-sweet heat and vinegar of Texas BBQ sauce. Mesquite, aloe vera, and stewed tomatoes all make appearances. There’s the overripe floral note underlaid by the scent of bananas on the verge of ripening. After some time, additional aromas of molasses, corn starch, bubblegum, kola nut and latex bandages start to emerge.

In the mouth: This has a watery, nondescript mouthfeel to start. There are some flavors on the front of the tongue, but they’re all in a muddled brownish puddle. This starts to regain composure as it moves through the mouth, with a bit of citrus acidity entering the picture. The high point of this is at the beginning of the midpalate, where sultana notes meet a nutty piquancy and some richly woody flavors of polished furniture. This lapses into another Madeirized, oxidative note of sherry as it transitions to the finish, where it lingers a while with a drying texture and another synthetically rubbery note.

Goddamnit! I so didn’t want to be the “it’s not as good as the first batch, which most people haven’t tried” guy. Yet, here we find ourselves.

I’m not going to lie to you: this is not as good as the first batch, or at least the bottle I tried. The difference is mostly in the lack of plump sweetness in the mouth, which formerly served as a needed counterbalance against the drier, more austere and slightly bitter notes.

As far as experiments go: this isn’t bad, and the heavily-charred barrel finishing adds a unique flavor profile to the base bourbon. While I’m not convinced that $55 is the correct price for this, it’s also not a flaming rip off in the grand scheme of bourbon expressions. All the above feels like it deserves ranking bang in the middle of the range. Thus… 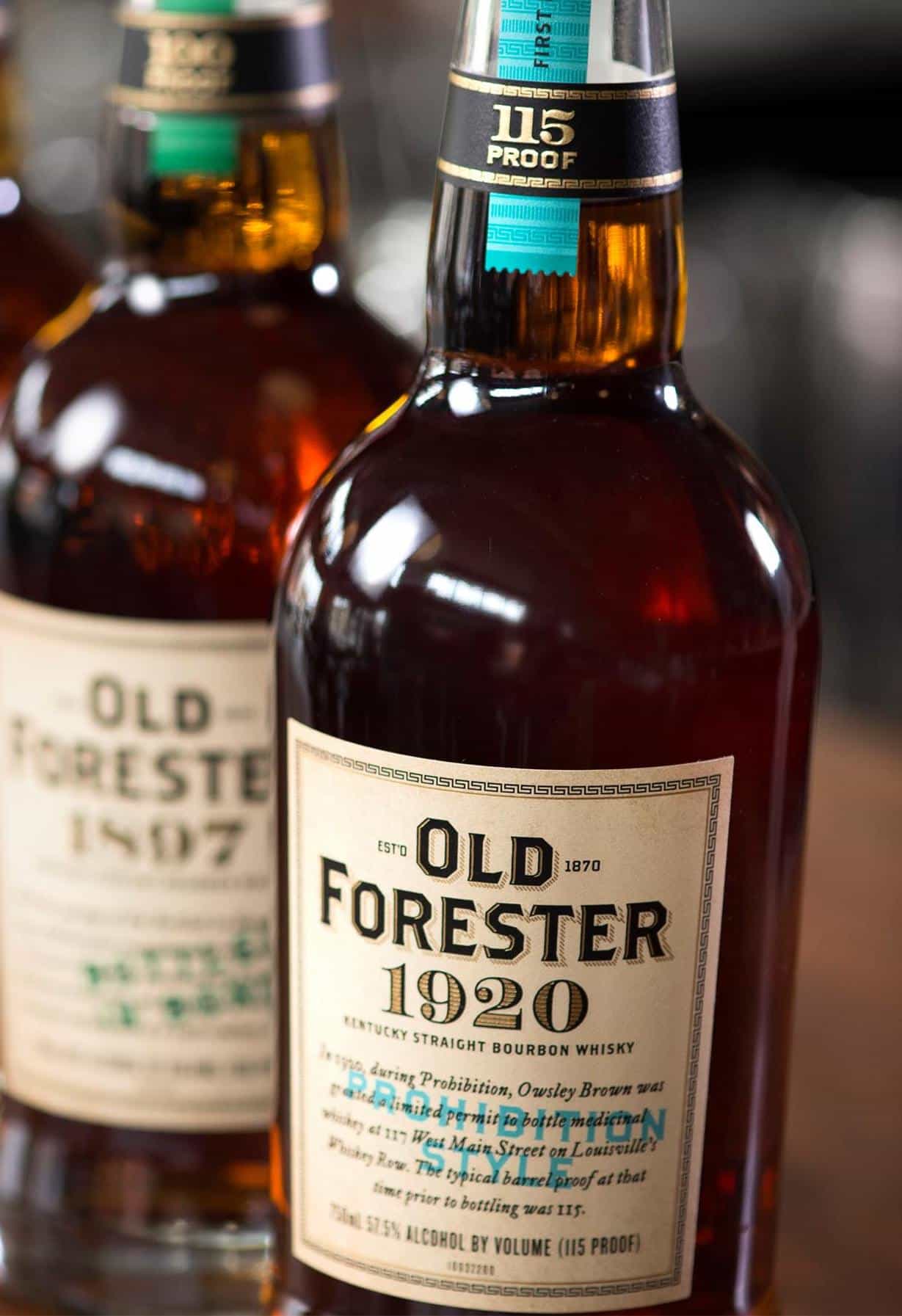 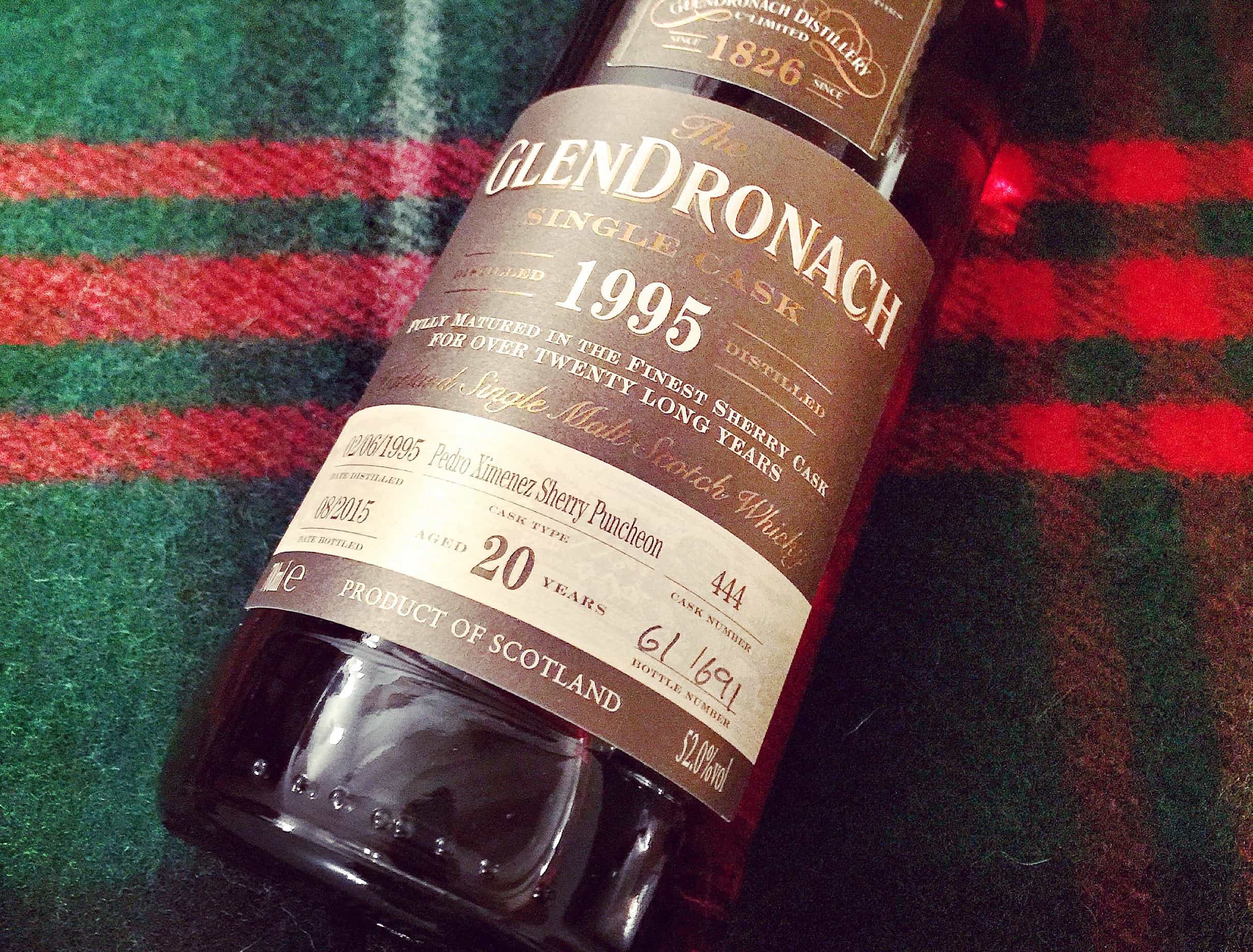