This review was inspired by song, somehow on cue, played in my mind as my relatives started drinking during our most recent holiday gathering. They finally passed on the Johnnie Walkers. They tried a SMWS Ledaig I brought out but eventually moved on to the Glenfiddich 15 and King Car Kavalan. I’ll get back to this later.

Line in the Sand by Motorhead is probably very well known to WWE fans who watched it religiously 15 to 20 years ago. This song would play in my head every time the word evolution would be mentioned. This and Johnnie Walker Black Label were consistently the most memorable factors of my high school days.

I would stay up late on the nights Smackdown, Raw and WWE pay per views would air. I would endlessly play the WWE Playstation games with my cousins. After playing, I would bond with older relatives by chugging Black Label. We usually finished 2 or 3 bottles, as we drank through a lot of nights.

Despite those fond and hangover filled memories, Vince and Diageo eventually lost their tight grip on me. I don’t know when my preferences started to evolve. But I think I know why it happened. At some point, I think, it all became repetitive to me. I started noticing a formula. I started disliking consistency. It all became predictable. Predictability presented fewer challenges. Less challenges seemed boring. With these new preferences slowly taking ahold of me, I also started avoiding fast food and massive chain coffee shops altogether.

I slowly started treating the massive entities mentioned above like childhood friends I was embarrassed to be around. I stopped thinking of them. I stopped talking about them. But once in a while, the past catches up to me. I watched the occasional Undertaker match up until he got too old. Once in a blue moon, I’d a McDonalds burger when I can’t get any late-night grub. On desperate days I need caffeine, I’d order a cold brew in Starbucks.

We are, after all, fragile mortals whose life can be snuffed out at any moment. Thus, I think it is smart to keep in mind that we can only consume a finite number of things in our lifetime. With all the variety and mystery in the world, why should a sensible person like me endlessly stick to the “efficient” and overrated standards created by a greedy bastards aiming to squeeze and trick every penny out of us.

Which is why I was happy when my Black Label loving relatives I grew up drinking with finally refused to drink Black Label during our most holiday gathering. Is it a result of them simply picking single malt over the blends? Or are their senses finally evolving into something I can be optimistic about? Regardless of reason, it seems like they have finally moved on from Johnnie Walker hell. Because my family usually hosts these gatherings, I can say I played my part.

What is that famous saying again? Once you go black, you never go back? Maybe in some cases. But in this case, we’ve had our fill of Black. We’re not going back.

Anyways, I found an old bottle of Johnnie Walker Black Label 12 “Extra Special” bottled at 43% at home. I assume this is from the late 80s or 90s. So, I decided to do a Black Label vertical to compare an old one with a new one as well as the Sherry edition. You can purchase the standard Black Label almost everywhere nowadays including The Whisky Exchange for £30.25, £26.95 from Master of Malt, or just £24 via Amazon.

On the nose: A welcoming party of hints of peat and smoke. Followed by herbal orange marmalade mixed with honey and vanilla. Some orange peel, toffee, and caramel nut candy. Leather, hot ethanol,

On the nose: Heavy and incohesive fruit jam notes that remind me of apricots, plums, strawberries, honey, apples, pears mixed with cough syrup, cinnamon and vanilla. Hints of peat and smoke with dusty wooden furniture and varnish. A few more whiffs make me notice the heat more.

In the mouth: Honey, thyme, rosemary. Followed by a shy but persistent incomprehensible fruit jam note and roasted potatoes. Apricots, vanilla and honey at the end.

On the nose: One odd mix of spices and citrus that reminds me of the time I ate chapulines (fried grasshoppers) cooked with lime. I also get some chilli peppers and spices. The 2nd layer has apricot, honey, vanilla, hints of cinnamon and cherry syrup. Some lingering hints of lowland malts like cereals, malts and grass. Hints of oloroso sherry character like coffee and chocolate at the end.

In the mouth: A very welcoming and lingering flavors of honey, apricots, and vanilla. Hints of herbs like thyme and sage. There are the lowland flavors again like what I got on the nose. Followed by hints of salted caramel, honeysuckle and not too sweet cotton candy.

I remember the Black Label of 4 years ago to be a bit peatier and smokier in the mouth. Am I just more used to peaty notes now? Did Diageo lessen the amount of Caol Ila in this blend? Or did they just use more grain whisky to make it “smoother” and please the people who equate smoothness to quality?

Both are more expressive on the nose. The scents are layered better. But once you taste the whiskies, you feel like you were led on! Whatever the reasons for disappointments, this is too thin but full of promise. Where’d all that promising fruitiness on the nose go? It didn’t transition well into the mouth. I’m sure if both were blends were bottled at 46% or 48% is the equivalent of giving a WW2 sniper a modern-day rifle.

It’s become ingrained in me that Caol Ila is a key malt in Black Label. But the Extra Special and Sherry Edition are both noticeably lacking in smoke and peat. They’re both more like a Gold Label than a Black Label at this point. Did the peat and smoke in the old bottle die down after all that time in the bottle? Was the recipe just different back then?

The extra 3% in the old bottle really helps a lot. As expected, there is more body to it. It’s a lot less thin. There’s more complexity in both the mouth and nose. I like the layering of flavors better. Is it because blends from back then had a higher percentage of malt in the blends? There’s also no heat in this dram. But I guess that’s because it’s had time to mellow out.

The Sherry Edition would have gotten a lower score than the modern Black Label if it weren’t for the vibrant nose. Because the old Black Label has more character and flavor to it, I scored it a bit higher, but not that much. 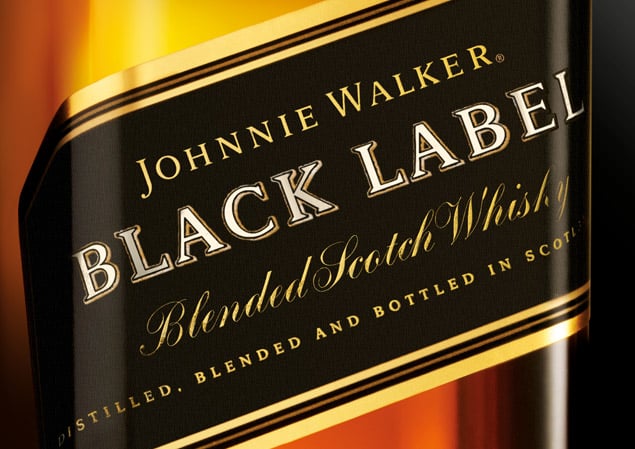 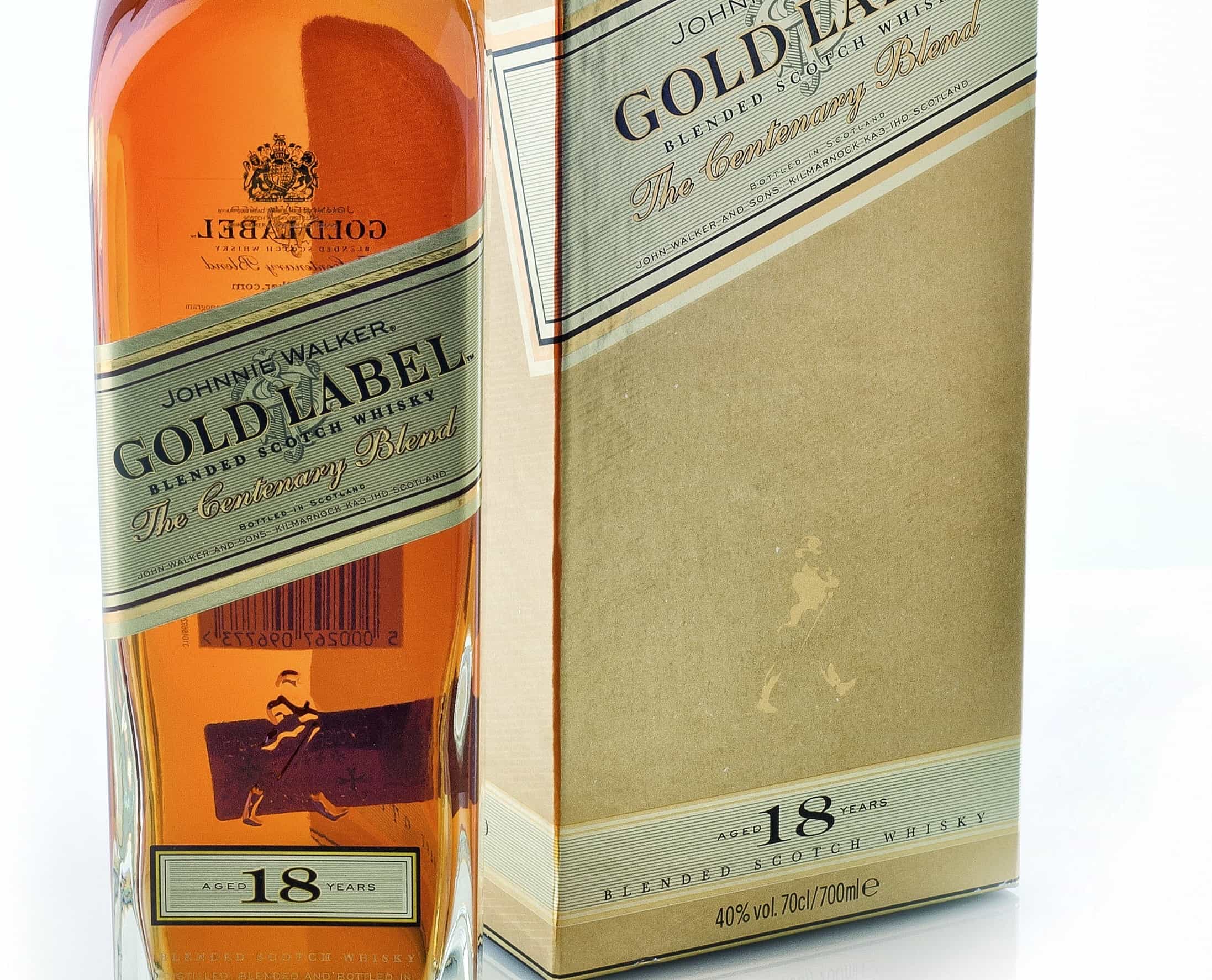