With the Scotch Whisky Association decreeing that you cannot use this, that or even think about trying that one. You’d think the opportunities for something new or unusual would be constrained; until the powers that be (i.e. Diageo) decide that new avenues should be opened up. This was the theme of my Boutique-y Balcones piece that incorporated the soon to be everywhere use of tequila casks along with the Starward Ginger Beer cask article.

You could suggest that we’re not interested in casks here at MALT, even if we don’t subscribe to the industry’s rhetoric around 70% flavour, or wherever the pin has landed on the donkey this week. Mark has an unhealthy fascination with 3rd or 4th fill casks, but does overlook the fact that when filled with flavoursome distillate such as the Glenugie, magical things can still happen. There’s a symmetry and balance to whisky. It’s not all about the wood, or maturation conditions. Just as it isn’t all about the new make spirit, yet there’s no denying that things have become skewed in recent times and the cask has become a wooden crutch (sorry) for the industry.

The truth is that we are interested in casks and also distilleries displaying a degree of inventiveness. In doing so, it broadens our knowledge, experience and appreciation of what might be possible. This is especially true of the 2 releases we are taking a closer look at from Tomatin distillery today, under their Cù Bòcan brand, which showcases their inventive side.

Thanks to our Patreon supporters who cover our costs, we’re now able to make a monthly bottle (or 2) purchase. We’d like these to be things of interest not only to us, but also you. Brands that don’t work with us, others that don’t receive much coverage, or a release that very few will take a punt on. This support expands our coverage while also covering our technical and hosting costs – you’d be surprised the bills that arise from maintaining a website such as this with theme updates, plugins and maintenance that cost £100 in November to fix.

As we have bottles rather than smaller samples, we’re also able to share these out to members of the team for their opinions. For this month, Mark and I invited along Dora and the grumpy one for their impressions. Mark is taking a month off, but I’ll send him some of these releases later.

Creation #1 brings together Black Isle Brewery Imperial Stout and Bacalhôa Moscatel de Setúbal Wine casks. Whereas, Creation #2 comprises of European Virgin Oak and Japanese Barley Shochu cask, which looks like a bizarre combination on paper. Both releases are distilled during the winter months and are lightly peated, before being bottled at 46% with no age statement available. Creation #1 is available from Master of Malt for £57.95, or via the Whisky Exchange for £58.95.

On the nose: This is quite sweet with a nice light smoke. Fruitiness from red apples and candied fruit such as apricots and pomelo/grapefruit skins come through. I get a dusty dryness on the nostrils almost like inhaling menthol without the mint. This whisky is very bready with a musty yeasty malt similar to Ovaltine, with it’s almost chocolate note. A big hit of fermented grapes and light fruit bread. A hint of rubber tries to make an appearance but it barely comes to fruition. There is a buttery oily presence maybe from a waxy nut such as cashew. As it oxidises, the sweetness turns to tinned fruit and golden syrup.

In the mouth: Sugar syrup and the smoke is barely there as the sweetness is quite overpowering. Briney to the sides of the tongue with a good pinch of salt. Really spicy with black pepper that becomes bitter. The mouthfeel is slightly oily and viscous. The fruitiness comes through from the nose with buttered apples covered in a lightly creamy caramel sauce. Again it feels like the rubber that I detect from the nose is trying to come out, but it isn’t quite there.

The finish is short to medium, sugar syrupiness that becomes bitter and begins to dry overtime. The pepperiness dies down to a barely present heat on the back of the throat.

On the nose: Sweet with an artificial esteriness; think nail polish notes, with this whisky being slightly more perfumey, floral almost. I get citrus notes and dried pineapples with a barely there smoky peat. Buttery scones with dried apple pieces comes to mind with a handful of old grapes adding a stronger flavour. The buttery’ness turns to shortbread, malty with a dusting of white pepper.

In the mouth: Sweet with icing sugar. White pepper with some bitterness. Citrus notes without the super tartness; think pineapples. The longer I drink the whisky, I feel like fermented fruit makes an appearance alongside the kind of sweet vinegar used to pickle vegetables. In the background there is a herbal hint that I can’t quite place. It is drying and the mouthfeel is quite thin.

The finish is short to medium, dry with a citrusy burn on the throat similar to drinking lots of white wine. Acid reflux feeling, unfortunately.

Comparing both of these whiskies side by side, I definitely prefer #1 simply because for me, it is less smoky and less citrusy. I’ve not been into peated whisky lately and, like a cat, strong lemon and lime scents are not my thing (although I do like the flavours). If there is a way to take the smell of citrus from a citrus fruit I’d be a happy bunny, but I digress! I really enjoyed those bready and malt chocolate scents from Creation #1, it feels warming and homely. The mouthfeel in my opinion was just slightly better than Creation #2. The biggest negative that docked a point off of #2 is that acid reflux feeling. Nonetheless, I can see myself enjoying one at a BBQ in the summer. I think overall, both of these whiskies are very drinkable.

I like that Cu Bocan have “created” a whisky that is only slightly peated with a barely there smoke, making it more accessible to people who have fallen out of love with super smoky peat monsters.

In the mouth: A burst of sweetness followed by dark chocolate and a dried fruit finish. Cranberries, rhubarb, roasted coffee beans and a clay-aspect. A light texture with apricots, a touch of rubber and ash. Water reveals a more rounded quality, pleasant somewhat with more coffee and wood tannins, marmalade and candied orange peel.

On the nose: A light peat with limes, apples, white pepper and lemonade. Some pear drops and white grapes with a subtle, genteel nature. Water reveals melon and white chocolate.

In the mouth: Harmony without singing too loudly. A light smokiness and apples. Water showcases pears, grapefruit, oakiness and a touch of peat. A decent basket of meadow fruits and black pepper.

I enjoyed both of these without being too blown away. Creation #1 showcases the dynamic behind the series extremely well; you can smell and taste both casks thought the experience. The initial burst of fruit, before the darker stout flavours step into the equation. It is memorable and thought provoking. Creation #2 is more subtle and drinkable, but doesn’t grab or move me in anyway. It also feels more youthful and in a sense, directionless.

Both also display some blending prowess from Tomatin, which makes me eager for what’s next. Ultimately, I would have liked even more details for both releases. Duration and ratios of the casks involved, but there is the underlying sense of quality. Both are well packaged, designed and affordable. Afterall, a bit of fun shouldn’t cost the earth.

On the nose: Immediate hit of roast coffee beans, dunnage and a little polish. Quite sugary –fudge, barley, red apples and blackberries. A light leatheriness and some chocolate too. With time there is beeswax and butter cream with a very light touch of smoke followed by oak and spice.

In the mouth: Quite a sweet arrival – chocolate orange, coffee cream and those red apples from the nose. Then there is a massive spike of prickly heat and spice. Hot pepper, chilli, clove oil and oak. This leads to a herbal quality encased in gentle peat. The finish is of medium length with coffee grounds and that prickly heat from the chilli and clove dominating. Eventually it becomes a little bitter.

On the nose: Immediately more spirit driven with the peat also more evident straight off the bat. This is creamy and buttery. Quite fresh, grassy and light. Green apples, lime juice and maple pecan pastries. There is almost a tequila like floral quality to the nose also.

In the mouth: Simple syrup. Very citrusy – lemon and lime predominantly with a touch of pink grapefruit thrown in for good measure. Geraniums. Oak spice and pepper heat again mid palate with some ginger with a gentle peat smoke. The finish is of decent length. It’s clean, fresh and has some spice bite.

Not much for me to get excited about sadly. The Creation #1 has a really solid nose, quite interesting and indicated good things but that didn’t translate for me when tasting. Unfortunately this for me is very cask driven but the casks have overpowered the spirit. Much like my Springbank 15 experience its the domination of the chilli like prickly heat that totally unbalances this expression and makes it something I wouldn’t be in a hurry to return too.

The Creation #2 is a simple affair that is fairly well balanced between nose and palate. There is a spiciness to this too but nowhere nearly as aggressive as the Creation #1. On the whole though I just found it a bit boring. Nothing to really dislike but nothing that made me sit up and take notice. Of the two though it would certainly be my preference. 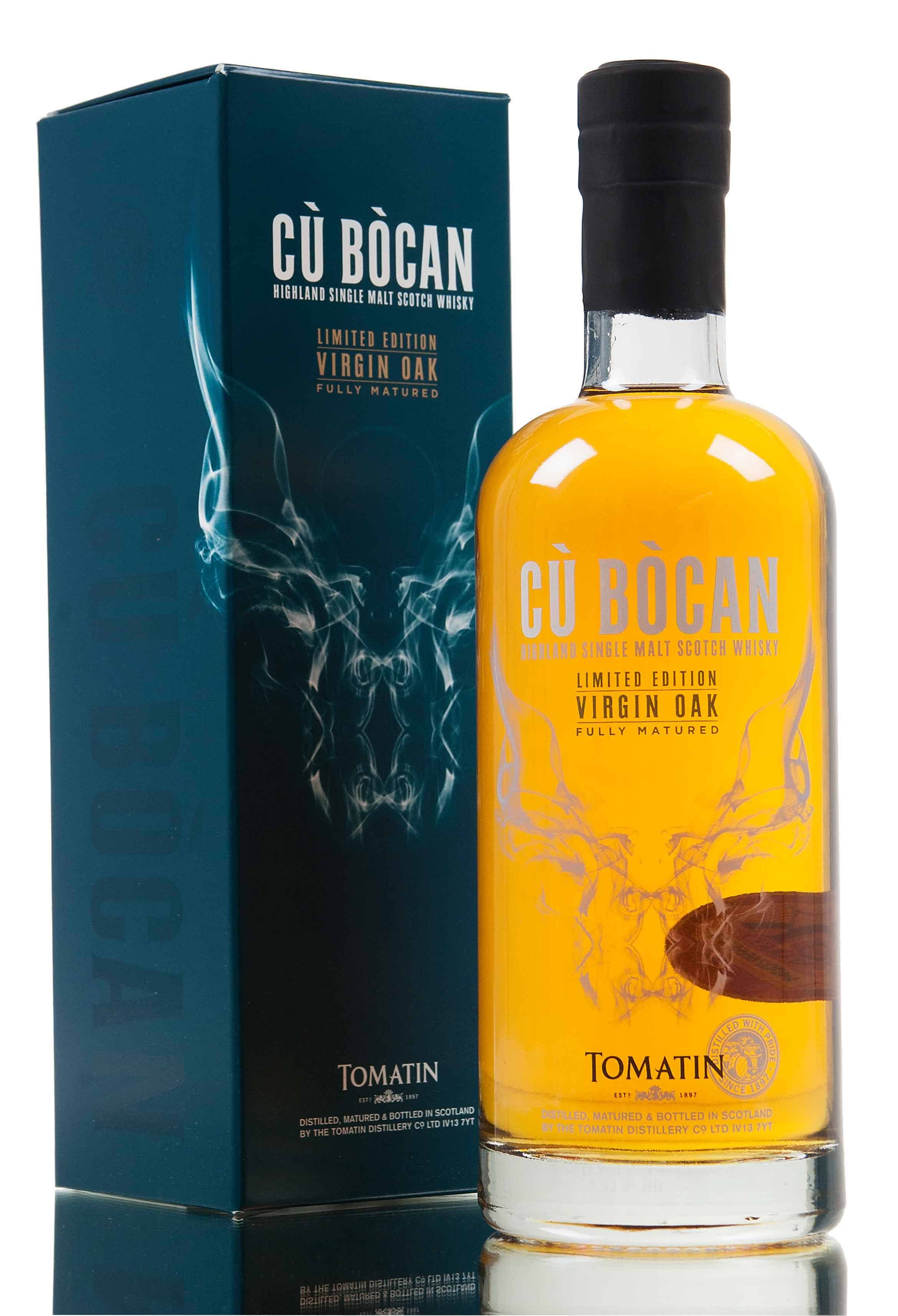