I don’t blame you for thinking what on earth is this bottle and its name all about? I felt exactly the same when I stumbled across the unique design whilst browsing an American retailer for possible purchases via the whiskey mule network.

That network came through, as this bottle was brought across the Atlantic in a similar fashion alongside my recent review of the Old Overholt Bonded Straight Rye Whiskey. My thanks once again, and a nod to the lengths we go to here to bring you these reviews. Needless to say, this isn’t available outside of North America, but at MALT, we don’t respect geographical limitations. Even as a kid, I was importing video games and playing NTSC videotapes, showing disrespect for any regional impositions. As a result, when it comes to alcohol, it’s become second nature.

We’ll do almost anything for a bottle nowadays, it seems. While most would consider various actions to acquire – let’s say – the American Daftmill exclusive, I’m more content just to follow my instincts. They have served me well over the years. Experience has led me to become more philosophical about the whole bottle want/need/chase: if something isn’t for you, why get bent out of shape?

A preconception I’ve always had when it comes to bottle design is that more outlandish and imaginative exteriors come at a cost, often crafting an illusion to distract you from haphazard contents or to justify some ridiculous retail price. A perfect example would be the Tobias & The Angel from Compass Box: lavish packaging followed by a less-than-stellar liquid and a laughable price point.

Consequently, when I first gazed upon The Burning Chair, there was a seesaw of conflicting thoughts, of intrigue followed by a warning beacon. In the end, I just went with those senses and made the necessary calls to have this bottle today. On a side note, it is good that this ceramic bottle comes with such a robust seal – so strong, in fact, that it feels like the neck is going to shatter each time you pull hard to remove it. It, therefore, feels odd that the finishing touch is little more than a strand of cheap red electrical tape, as you can see from the photograph. As a tax seal aficionado, there is a great deal more you can do with such a sealing strip, regardless of whether it is as a result of legislation. A decorative flourish, even the company log or branding, makes for a more apt finishing touch At least this retails for under $55, which to a Scotch enthusiast seems reasonable, but I bet Stateside for a four-year-old bourbon is a little overpriced.

Savage & Cooke is an actual distillery, but this initial incarnation is sourced. As it only opened in 2018, we have to show a little patience before sampling their own wares. Positioned on Mare Island, a former naval shipyard, the distillery is conveniently located near San Francisco (home of that inferior bridge) and the Napa Valley. A region well known for its wine, and where owner Dave Phinney made his millions (300 of them, allegedly) after selling up and looking for something new. Whilst he still owns several vineyards across the world, it is whiskey that now garners his focus.

Dave has gone so far as to purchase fields in nearby Yolo County to provide grain for Savage & Cooke’s future needs. The plan is to eventually replace the sourced whiskies for Burning Chair and the Second Glance releases with their own distillate. Given his wine connections and assets, the use of good quality wine casks seems a given. We’ll hopefully talk more about the distillery in a future article.

This release is aged for a minimum of four years and is a sourced whiskey from Kentucky, Indiana and Tennessee. Residing in newly charred American oak barrels, it is then finished in wine barrels that come from Dave’s Napa Valley Cabernet Sauvignon projects. The sourced mash bill is 75% Corn, 21% Rye, 4% Malted Barley.

A humorous aspect of any sourced stock is when they decide to talk about the water, with the inherent belief that you’re getting a dose of regionality therein. It applies here, as it’s reduced to 88 proof thanks to the ‘pure, pristine water’ from Dave’s property in Alexander Valley in Northern California. As I tend to do with all of my tasting notes, a splash of Scotland’s finest water was added to reveal any hidden aspects, and I bet it’s just as good as the so-called pristine additive.

Color: Copper with a reddish tint.

Well, I have to say, what a pleasant surprise. Sometimes these finished bourbons are overly aggressive, or one dimensional covering up flaws with the additional host. For the Burning Chair, it is noticeable that the finish has been applied with restraint and quality casks. In doing so, it adds a new dimension that many young bourbons lack. The finish works in tandem with the sourced stock to a beneficial outcome.

What does let this whiskey down is the bottling strength. If we were 50% (or 100 proof for those that don’t want to do maths), then the texture and detail would be more significant, and possibly even the score. I had considered a 5 here, but the more time I spent with the whiskey the more enjoyable it became. 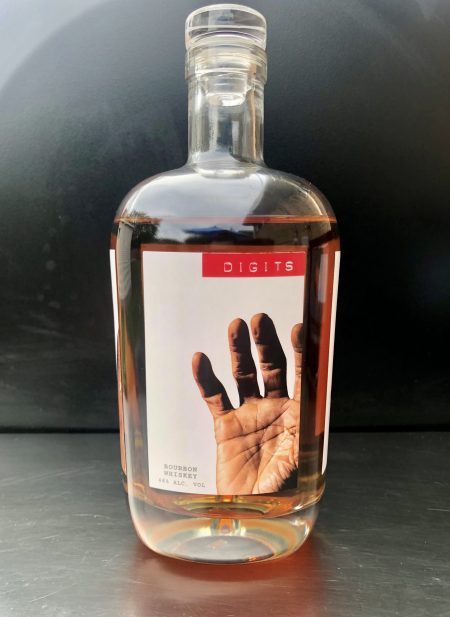