I’ve been reading and drinking along with MALT and the rest of the whisky world, as the English distillers come of age. With last year seeing several inaugural releases, as well as follow-up releases from some of the more established youngsters.

Despite the English whisky scene in its current form only really being around 15 years old, it is not immune to the factors affecting the wider whisky world. Two of the largest points of discussion are rising prices and the standing of independent and provenance-based distilleries vs. large multinational brands.

The two ideas, I feel, are not as separate as they may first seem. New distilleries encounter several stages throughout the process of whisky making that both increase the cost to them, but will also increase the quality of the spirit they produce. Sourcing barley from an individual farm and readying that barley using traditional floor maltings. Employing extensive fermentation times, using direct-fired stills, acquiring a one-of-a-kind still set up and sourcing casks that will assist with the development of the flavour. Hiring the last local cooper to maintain such casks, and this is without factoring in the initial start-up costs of a distillery, which may or may not have been offset by white spirit sales; it all adds up, and then out of necessity, is passed on to the consumer. All of these are techniques used by different English distilleries in an effort to create the best spirit they can.

Whilst larger companies may experience one or two of these costs, few are impacted by all. And of course, they have the economies of scale on their side too.

Still, when a three-year-old malt is being sold for the same price as bottles with four, five, or even six times the age stated on the label, it’s not unreasonable to feel short-changed.

However, I wonder how much of the spirit being produced in a distillery such as Glenfiddich is being made with the aim of producing a single malt? As it comes through the spirit safe, it all gets a bit Schrodinger; both none and all of it could become the standard 12-year-old. Once it’s filled into casks, the destination of the spirit may be or may not be known, but even then, plans might change. Either way, the chance to influence the spirit, the core product, has come and gone. So after 15, 18 or 21 years have passed, can it really be said that the whisky is the best that a distillery can produce?

The distillers of England (and indeed, most young distilleries) are different because I believe the whiskies available are the best that they can produce. They are happy to incur the extra costs of the process, because, more importantly, what it adds up to on the balance sheet, it all definitively adds up to more characterful and flavourful whisky. That’s what they were always aiming for; single malt whisky, and from the moment the barley was ordered to the day it was bottled, there was nothing else in mind. And with the age of the spirit leaving little room to hide, there is all the more reason to ensure that the spirit is as flavoursome and character-filled as possible.

The Spirit of Yorkshire distillery has been distilling since May 2016. They don’t fulfil all the characteristics of a new English distillery listed above, but they certainly fit the bill of an independent distillery making single malt whisky to the best of their ability, with a decent amount of experimentation taking place along the way.

In typical MALT fashion, Adam has produced the one-stop-shop for details on how they go about producing the best spirit and therefore the best whisky that they can. After six preliminary Maturing Malt bottlings, the spirit ticked over the three-year threshold and became whisky last year, with the whisky being launched in early October. “The First Release” recently sold out (at £55), with a second batch replacing it and available at Master of Malt for £50.95

On the nose: wears its youth proudly. The young spirit is obvious, but offers plenty of fruit with green apple, tangerines and bananas. Vanilla and icing sugar arrive alongside. Marzipan at first, then more floral elements come through, both potpourri and cut, dried grass. Time in the glass begins to hint at jammy dodger biscuits. There is a yeast-like sourness, typical in most young bourbon influenced single malts.

In the mouth: Plenty of cereals initially, quite porridge-like. The sweetness comes and goes, vanilla icing on the tip of the tongue. Bananas again are prominent. There’s a nice body to the liquid, and a hint of fruits waiting to come through, both orchard and stone fruits. A little honey as the finish begins. The finish becomes quite hot, it’s the least developed aspect of the dram, and is quite bitter with lemon rind.

The Spirit of Yorkshire has chosen a very sympathetic cask make-up for this release. It doesn’t have the extreme nature of the Bimber first release (you can add me to the list of people loudly singing its praises), but it does feel more developed than other three-year-old whiskies out there. Where the casks have not had the time to impart flavour, the spirit is more than capable of providing. This makes for a very tasty whisky, which is what the vast majority of people care about. Hell, it’s what I care about, because a long list of facts and figures, no matter how interesting, aren’t worth me shelling out £55 for.

I love the new distilleries that have appeared recently, across England and the rest of the British Isles and I’ve been visiting most of them to find out what they want to achieve with their whisky. It’s clear that the vast majority are in it for the right reasons and the spirit/whisky I’ve tasted delivers. I’m more than happy to pay the entry fee for whisky that has had the extra care and attention put into the process; the amount of three-year-old whisky on my shelves at home is testament to this.

There is a commission link above, which never influences our opinion. 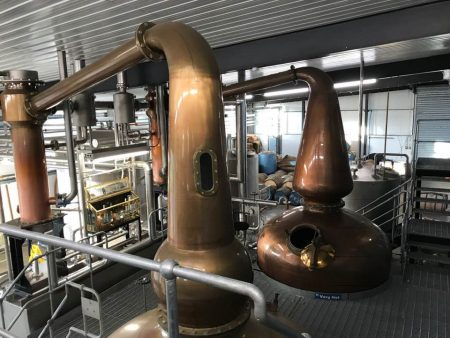 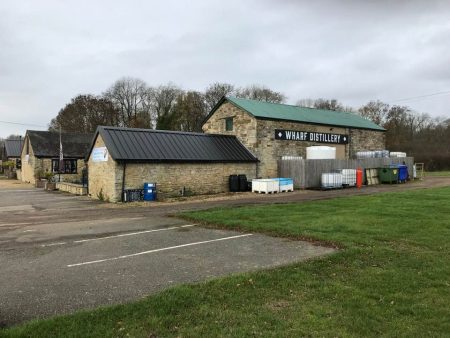