I suppose I should really approach this whole thing by asking: what is the point of Seedlip Grove 42? This isn’t currently meant in a facetious manner, although I am not against such things. No, instead I am really trying to understand a few questions rolled into one general commercial sentiment.

Who is this sort of thing for? What is the situation where someone would want to spend £25 on a bottle of something that might not bring the flavour-riddled joys of traditional alcohol? Or, on a night out, a fiver for something that won’t have the right compounds to tickle a part of the brain that needs tickling? It’s a proper question. This is an unusual proposition.

We should park the conversation of people who have a serious problem with alcohol addiction; you can check out white sands rehab for the right help but that’s not what this article wants to be about. Nor do I deliberately want to be some booze-hound kicking a non-boozy drink. That isn’t the point, either: we’re seriously exploring anything that wants to step up to the plate and be taken seriously, which clearly Seedlip does want. This particular bottle today cost £25 – that is quite ambitious, and I wonder what the margins are on this considering there are no booze tax implications either?

You see, I’m also curious about this as I’ve already had one of these Seedlip drinks at a wedding in the summer, where I was driving. I chose it not because I thought – gosh I’d love a G&T but what can I have? But rather I thought, look I’m not some twattish drink driver, I’m on the soft stuff, I just don’t want to dump too much aspartame-filled CocaCola into my body, which is I dare say where many other dabblers in the non-alcoholic spirits sector come into contact with a product like this. Not as an alternative to alcohol – because we’re already prepared not to touch a drop – but as an alternative to soft drinks. Which were one time, quite frankly, a bit shit, and came in the form of a sugar-laden Britvic juice of some description. Christ, do they even still serve tomato juice in pubs as well? Tonic, orange juice, and tomato juice, that was one-time literally all you could drink if you were avoiding alcohol in pubs, and I assume once Brexit kicks in that’s precisely what we’ll return to.

Seedlip is a conscious attempt to carve out a new part of the market – one that I find ironic, even the logical conclusions to most of the drinks industry: which is to say, drinking as fashion. Was it always thus? A theory based on nothing at all, but perhaps some people want something that looks like a G&T, but isn’t one – exactly like I did. Perhaps it’s because they don’t want to feel left out socially, or a confidence thing. For me, at that summer wedding, I was merely interested to see what all the marketing… sorry, the fuss was about. But I can easily see the desire to not look like the bore of the group, miserably clutching his Coke Zero whilst everyone else is off their tits on Prosecco. Seedlip, perhaps, allows one to not suffer the judgement of boozehounds, which we are prone to do.

Anyway, given we are having a woke moment on Malt, and exploring low or non-alcoholic alternatives, I figured I’d get another one of these bottles and scrutinise it at home. There’s nothing I’d actually like more than to stumble across something new that brings joy. As I say: this site is a broad church, and we’re only here to gently kick products if they’re not giving flavour and value in our humble opinions. So with that in mind, I stumped up the cash to buy a bottle of Seedlip, one chosen totally at random, to see if this peculiar distilled non-alcoholic drink was any good. 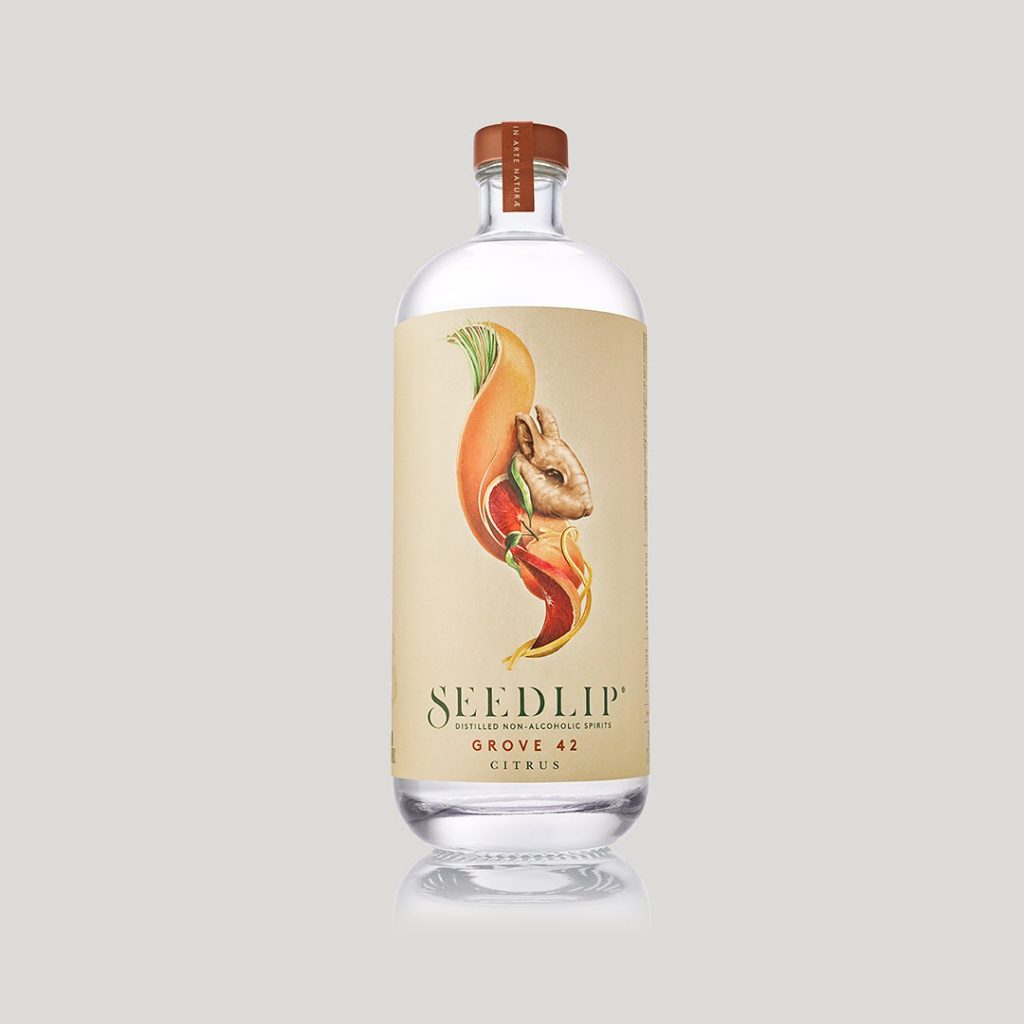 On the nose: hints of lemon and lime, with traces of cucumber. Not unpleasant in and of itself. But it really doesn’t give more than still lemonade.

In the mouth: Hideous. Not only is there a thin texture that’s barely more than water – which gives no pleasing sensations at all – but there’s just boring mild acidity with nothing to balance it out. Little more than cucumber, watermelon, grapefruit and limes. Slightly soapy, too.

This is expensive and relatively flavourless. Let’s be honest, that’s all I can say. If this is the future, it’s a dystopian one where society isn’t allowed fun… I jest, slightly. I really don’t like being mean about products, contrary to what some people might think – just look over my last year of reviews and I seldom dip below 5 and often go as high as 9, because I only like to talk about things that might interest me.

But there’s no pleasure in this. No complex molecules darting across my tongue, trigger flavour receptors and the likes – no joy. No texture. This is not the non-alcoholic delight I was hoping for, even approaching it with low standards in mind.

I later tried it with tonic, and that’s where the real crime kicked in. As a mixer, you couldn’t taste a thing of the spirit itself – if indeed spirit is the right word. Imagine paying a fiver or more for a shot in a bar when you could have the same experience from a lemonade. In fact, that’s really my point: there’s nothing here that you couldn’t get from lemonade at a fraction of the price. If you wanted to feel like you were having something fancy, why not a craft lemonade of some description? I’m sure there’s a cottage industry of lemon groves planted according to terroir…

People in bars, exposed to quite relentless marketing from deep-pocketed corporations, will no doubt buy Seedlip, for the other choice is fizzy pop. Other brands are piling into this sector. They will most definitely be throwing money at on-trade marketing, bars and the likes, rather than drinking at home – because you’d have to be as silly as me to actually buy a bottle at home. This is not for connoisseurs and does that mean people like you and me won’t find any fun in this sector?

This is, perhaps, going back to my feeling that summer evening of wanting to be seen with a drink that isn’t tap water or a Coke Zero – and perhaps feeling psychologically like one is doing something slightly fancier too. There’s only so much elegance a can of coke can bring in life, but at least it costs less than a quid to have acids burning up stomach lining.

Does this stop people drinking booze? Does this yield health benefits? I don’t know, but I don’t think so because as I have suggested, this is really going to be for those who were never going to drink on a night out in the first place. These are broad questions, based on little evidence, and I am perhaps the worst person to explore it. All I am trying to do is answer that perennial Malt question: does a product connect flavour with price.

In this case, it is a firm no.

But ultimately, I’m not really sure who this is for, other than some sales and marketing department: it enables a company to add a robust string to the Corporate Social Responsibility bow whilst they rain down arrows of cheap booze across in some other corner of the globe. As something that is so pricey, I imagine this milks the same breed of cash cow that has people paying for expensive bottled water.

I look to our scoring bands and can only be truthful to the system. It isn’t ‘horrid’ like the legendarily bad Fujikai 10. But…

Note I: as an aside, this is an excellent article on Seedlip with a slightly different approach.

Note II: I have since poured the rest of the bottle down the sink. Honestly, that’s what I did. Not being a rebel, I just got rid of it.