I don’t know what the Malt team was thinking when they suggested this theme of the week. We went from starting with a Malternative week, which is also looking like a low-ABV week, to having a no-ABV week. A low-ABV week, I can get behind. I dabble in sake and all sorts of wine. As a cocktail enthusiast, I love Japanese highballs and spritz. But a NO-ABV week? That’s as preposterous as having a dry month. Have Trump and Brexit brought these Western chaps to wit’s end?

I joke. I joke. I kid. It’s a great idea…as long as we don’t do this often. As of this moment, what surprised me with the line up is no one was planning to write about tea or coffee. Thus, I shall remedy this oversight and cover the latter.

We drink coffee for a lot of reasons. I guess the most popular is that it awakens us early or keeps us alert later—which, we believe, leads to us performing better at work or in life in general. The other incentive is its position as a good non-alcoholic drink for social gatherings. An additional perk of drinking coffee could be the studies that suggest it may be good for the liver. Let’s not forget, coffee is quite a deep rabbit hole to get into for the geeks. There’s a whole range of topics to be discussed. Ethical issues like fair trade, which a lot of third-wave coffee shops and/or roasters champion. A constant among baristas is how one’s parameters affect their brewing of a cup of coffee. Of course, the kind of beans is always an interesting topic, as is the roast.

I did not know of this fair trade concept until I started getting into third-wave coffee five years ago. I used to think all coffee was this supposedly-cheap bitter drink one imbibes to feel more awake. It is probably because I used to drink only instant coffee or something from Starbucks. It is, I think, a sensitive and complex issue, but I know little of this topic, so I’d rather not half-assedly discuss it. Confession aside, I do know that a lot of the coffee shops I’ve been to around Asia who also roast their own are proud to say they use beans from fair trade. I guess this is their way of fighting unethical companies who are only after making a buck.

Parameters in coffee brewing are more often discussed by really serious baritas and homebrewers. This topic includes a lot of factors such as: Equipment used? Aeropress or Chemex or Siphon or Kalita? What is the temperature of your water? How much water are you adding? How long are you brewing it? What was the style of pouring water on the ground beans? Metal filter or paper filter? What’s the kind of water? What’s the grind size of the beans? Were they dark or medium roasted?

The topic of coffee bean provenance is often like talking about wine. Beans from certain countries have characteristic flavors unique to their environments. The ones I’ve had are mostly from African and South American countries like Kenya, Ethiopia, Guatemala and Nicaragua. Ethiopian coffee often has chocolate and berry notes, which I particularly enjoy.

Finally, here I am, getting to the main point: a coffee-based mocktail. This drink is from The Curator and is called a Shake-what-o. It’s pronounced something like shako-wato. The Curator is my favorite coffee shop and cocktail bar based in Makati City. It serves delicious third-wave coffee from 7 am to 10 pm, and starts serving cocktails at 6 pm. Third-wave emphasizes more on direct trade, coffee quality and sustainability, whereas the first-wave of coffee are the mass consumption packaged coffees, which are easy to make. In comparison, the second-wave are the big companies like Starbucks serving the masses.

I’ve been drinking coffee and cocktails here since 2013. Their baristas regularly win local coffee competitions, and their bar program has been included in Asia’s 50 Best Bars since the awards
began. It is easily considered the best cocktail bar in the Philippines.

This drink is served in a coupe, which did not surprise me because of the coffee and cocktail aspect. Due to the presentation, I think of it more as a mocktail than a coffee drink. Its list of ingredients are espresso coffee, cold brew coffee, milk and coconut sugar syrup. Next, it is shaken with ice, and then poured.

The way it comes in a coupe glass makes me think of a whisky sour. The espresso replaces the whisky as the base spirit, the cold brew is the lemon juice and the milk replaces the egg white. The coconut sugar syrup is used as the sweetener.

On the nose: light coffee.

In the mouth: Light and frothy texture. A balanced delivery of coffee, milk chocolate and latte. A heavy, earthy, sweet flavor at the end, surely from the coconut sugar syrup.

A very eye-catching and easygoing drink. A lot of Starbucks’ regulars who are new to third-wave coffee opt for this when going to the Curator. It can be seen as and can be a serious coffee place, which is intimidating for casual coffee drinkers. This is why I chose to review this drink instead of a normal-looking but more complex cup of third-wave coffee. I also think this is easily replicable, so anyone at home can make their own version.

Score: how do I score this? As someone who prefers a more complex pour over third-wave coffee, I don’t think I can give this a number.

The line in the sand 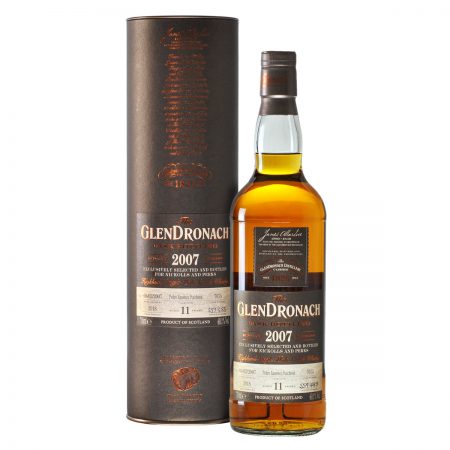