Ukraine is becoming a hotbed of independent releases in recent times, which we’ve brought to you in a variety of means. The Whisky Corner kicked things off in 2018 following their debut at the Whiskybase Gathering. Then, matters took a further twist with the discovery of Scyfion whisky just a couple of months ago. Now, we’re back where it all started following the purchase of two samples from the 2019 incarnation of the event, and I still have a couple of bottles from Scyfion to review in due course.

All of their endeavours and releases have highlighted the growing passion for whisky in the Ukraine, as well as their desire to put their own stamp on each release. Meeting Anatoliy from Scyfion recently at the SMWS branch on Queen Street in Edinburgh underlined that passion and interest. It is refreshing to see such exuberance and focus on whisky nowadays, as I think many of us have become bemused or disheartened by it all. Angus called it whiskytoil, and if you’re navigating today’s releases from official and independent sources, then it can indeed become a slog.

I’m pleased that Angus did highlight Highland Park recently on WF (14th December) and their NAS special release pricing. We need more of this everywhere. The whisky message in general flows like the Glasgow city centre traffic: i.e., one way, cascading down from distilleries and owners to us mere mortals via marketing, brand ambassadors and other layers that add to the overall cost. The tide doesn’t turn, nor do many actually put up their hand and question why?

The chase, the pricing, the marketing, the disappointment with many whiskies: for many of us it becomes a vicious circle. Dante described hell as nine concentric circles of torment, and sometimes I believe we could transfer these into whisky—apart, of course, from those who exist to cloud your judgement.

It all comes down to a matter of taste. If you’re not enjoying something, then believe your own senses and judgement. Each of us is unique and individual. Everyone’s opinion counts, regardless of who is telling you otherwise.

I’m all for positivity, but also for a harsh stroke of reality. Maybe that’s from growing up in the north with my roots in a mining community devastated by Thatcher’s actions and the decline of the UK industry. Such experiences were soaked up and calling things what they are has always been the way no matter the visual plumage or vocabulary utilised. I’ve watched such positivity seep away as things become more mundane and expensive, yet there is a guilty pleasure when conversing with a sanguine acquaintance. It reminds me of how things were and forces me to question whether things are any better or worse today.

Point made, I hope, as I really wanted to focus on another matter that struck me with all of these Ukrainian releases: that each bottler wants to put their own national stamp on every release. This can come with a traditional depiction on the label and the ubiquitous tax seal – always a great conversation topic with my friends. Some want to do more than just regional window dressing, and instead utilise what resources are at their disposal.

In the Ukraine, there isn’t a distillery outside state control, so there’s a limited scope of what can be pursued. As always in the world of whisky, it comes down to casks. With a heritage of producing their own wine, it seems appropriate that these rather obscure producers were utilised via the art of finishing.

Today, we have whiskies from Fettercairn and Craigellachie; neither distillery name really whets the appetite. To add that twist to the 22-year-old Fettercairn, a Branoly cask has been used before bottling at 49% strength. The Craigellachie is a modest 14 years and is finished in a Kokyr cask at 52% strength. I tried searching for details on these casks and their original purchase but without success. This does bring a degree of mystery and intrigue that is fun in itself, so let the games begin.

On the nose: A pleasing array of green apples, white pepper and vanilla custard. A spirity emphasis that is often associated with this distillery alongside poached pears and a buttery quality. Mace follows alongside a floral dimension, yeasty, pineapples and sunflower oil. Adding water reveals a light brown sugar and grapefruit.

In the mouth: Much sweeter now, and more of the second cask influence comes through. Apples, limes, traditional lemonade, black pepper and a touch of rubber midway. Some smoke and lots of sugars. Adding water has a really beneficial effect, unleashing a spicy sweetness and zesty vibe. A more vibrant experience with fresh apples and lots of fruit sugars.

On the nose: malty and very dusty, with ginger and milk chocolate. Vanilla caramel, peaches, cinnamon and a Turkish Delight aspect. Pecans, maple syrup, dried fruits and orange follow. Water reveals strawberry, but not much else.

In the mouth: Well-rounded, with a nice mouthfeel and cherries on the finish. At first, there’s a woody dynamic alongside liquorice, toffee, walnut and stewed tea. Water removes the definition and isn’t recommended.

I had the Craigellachie pegged as a 5, but adding water opened up a whole new avenue on the palate, as well as the need to revisit my score. The cask finish here works very well, and there’s a degree of harmony missing in many other attempts. You can still tell it’s a Craigellachie, and yet it is somewhat different. A powerful reminder to always try adding a splash of water to your whisky.

The Fettercairn works best without water and has a touch of class about it, despite lacking real definition and layers. Almost bourbon-like in some aspects, I’d see it as a crowd-pleaser and a whisky that we could all enjoy without any sustained effort. Reminiscent in parts of the official 28-year-old we reviewed recently, it is more elusive, but I’d wager a fraction of the cost.

Both of these whiskies show promise in terms of finishing, but also in the initial cask acquisition. There seems to be a certain fondness for Fettercairn, and here’s another choice that pays off. Sadly, trying to obtain a bottle from Ukraine will be tricky, yet that’s never really stopped me before. 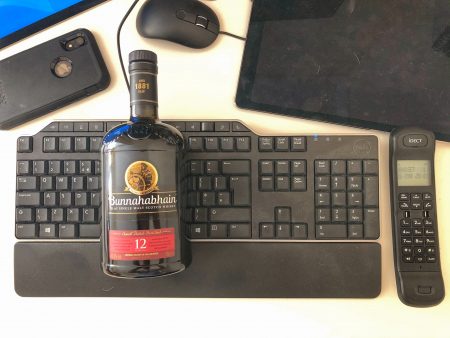