True story: my grandfather, a WWII Navy veteran, was an incorrigible upgrader, at total odds with the rest of his bearing. In keeping with the renowned frugality of his generation – tempered, as they were, in the crucible of the Great Depression – he conserved and reused and “made do” to the maximum extent possible. For example, he curated a garden shed stocked with washed-out glass mayonnaise jars full of spare nuts, bolts, washers, screws, and nails, sorted meticulously by type.

However, in a lifetime of persistent self-denial, he rarely but reliably indulged by paying up for a premium package when one was offered. The culmination of this was when the mortician informed his widow and children that he had pre-arranged and paid for his own cremation, having opted for the Deluxe funerary urn. Through the tears, they had to laugh.

I’ve inherited a few of his proclivities, including the willingness to spend a few bucks extra to enjoy some perks or a better class of service. This applies particularly to whiskey and especially the bigger bourbon producers, where a single distillery’s products might vary from the bottom shelf to the top, commanding retail prices from the low teens to the triple digits.

This is the case with Four Roses, which can take you from $22 to $140 as you ascend the range. If you’re unfamiliar with the recent history of Four Roses, kindly consult my review of the Fountainhead Store Pick in the Single Barrel format. Jason also had a fling with the mass-market version of the Single Barrel. Apart from that, we’ve done very little on a brand that is, after all, one of the biggest names in bourbon whiskey.

The recent passing of legendary Four Roses brand ambassador Al Young reminded me of this fact. I’d encourage you to read some of the many tributes from those who knew him personally. Though I never had the pleasure of his acquaintance, by all accounts he was a gentleman who not only cultivated a wealth of industry knowledge (especially regarding Four Roses, about which he authored a book) but embodied the passion for bourbon which unites its fans.

With a lingering sadness at the passing of this iconic personality, I resolved not to miss the next chance to take on a Four Roses review. The opportunity came when I encountered the freshly released Small Batch Select on the shelf of my retailer of choice. At the sight of this premium counterpoint to the widely available Small Batch, I felt the posthumous urging of Pop Pop, who I hope is sharing a celestial whiskey with Mr. Young.

For those of us forced to make do with sublunary beverages, there’s now a choice to be made: to upgrade or not to upgrade, that is the question. We’ll have to settle matters with a War of the Roses.

Let’s start with the entry-level Small Batch: this is a blend of four different recipes, combining different mash bills (B and E) and yeasts (K and O, here). In this case, we’re working with OBSK (“Rich in Spiciness, Full Body”), OESK (“Spicy, Full Body”), OBSO (“Floral [rose petal], Spicy, Medium Body”), and OESO (“Fruity [Red Berries], Medium Body”). As a reminder, mash bill E is 75% corn, 20% rye and 5% malted barley, while B is 60% corn, 35% rye, and 5% malted barley. I’m not going to parse the component mash bills and yeasts in order to intuit which flavors to expect, given that this is a blend with undisclosed proportions. Instead, I’ll just enjoy the ride and see where this takes me.

On the nose: Rich floral aromas, like a bouquet of (wait for it) roses beginning to wilt. There’s a yeasty note of freshly-baked sourdough bread, as well as some salty cashew scents. Green grapes and a hint of baking spice round this out. In total, it is light, fresh, and cheery.

In the mouth: Starts with a buttery texture and a gently minty flavor. More salted nuts emerge on the middle of the tongue, where this also becomes a bit sharper in terms of the mouthfeel. The flavors broaden out toward the back of the mouth with another doughy note echoing the bread scents from the nose. On the finish, there’s another sharply floral note that yields to a faint woodiness, lingering slightly before disappearing.

The high points are mostly on the nose, though I love the floral notes that re-emerge as I both smell and taste this. I could have used more body and more finish, which is likely a reflection of this being lower proof than I typically prefer (100 or bust!). In total, I’d characterize this as a slightly-above average bourbon at a slightly-above average price. For a point of comparison: it’s about the equal of – maybe very slightly better than – the Elijah Craig Small Batch. I’m unlikely to run out to be an immediate repeat customer, but I’ll file it in the mental registry, toward the middle of the cost/quality continuum.

Moving up the ladder, we’ve got the Small Batch Select. This expression made its debut in five states last year, arriving in thirteen more (including my native Illinois) this year.

The USP for Small Batch select is that it is a blend of six recipes, sharing in common OBSK and OESK with the Small Batch expression. The other four are OBSV (“Delicate Fruit, Spicy, Creamy”), OESV (“Delicate Fruit, Fresh, Creamy”), OBSF (“Mint, Fruity, Spicy, Full Body”), and OESF (“Mint, Fruity, Full Body”). Again, I’m including this mostly for completism, rather than to focus my expectations.

In addition to a higher bottling proof (104, or 52% ABV) this comes to us non-chill filtered, which should add a bit of texture in the mouth. It is also described as “a mingling of six and seven-year-old bourbons,” providing us some idea of the age. In exchange for these changes – which I’d generically describe as improvements – we’re expected to pay a higher price. I snagged a bottle from my local bottle shop for $60, which seems to be about the going rate around these parts. Is it nearly twice as good as the Small Batch? Only one way to find out…

On the nose: This moves down the register with some very appealing aromas of maple syrup, caramelized pork belly, chocolate fudge, and raw cookie dough. There are still floral aromas here but they’re much drier, along the lines of potpourri. Again and again, I keep coming back to sticky-sweet scents of brown sugar and molasses. It takes a feat of self-restraint not to jump right into tasting this, so moreish and toothsome does this smell.

In the mouth: Not as plump as the nose, not that it could be. There’s a silent start to this, with the front of the palate entering in surprisingly mute fashion. This is quickly remedied as the floral notes are turned up to perfume-level intensity as this rolls across the front of the tongue. Between the middle and the back of the mouth, this hits its best note in the form of a sweet-and-spicy flavor of Memphis barbecue sauce. This shifts to a mint-accented stoniness as it finishes with a chalky texture that coats the back of the mouth.

How appropriate that floral notes are quickly emerging as the defining characteristic of both these whiskeys! In seriousness, though, this has a fiendishly enticing nose chock full of all manner of sticky-sweet goodness. The palate shifts gears rapidly as it progresses, from flowers to sweet spice to dry stone. Overall, I’d say there’s enough character here to command the attention of the type of experienced bourbon drinkers at which this is presumably aimed.

Does the Small Batch Select have double the character of the Small Batch? I’d say so; it certainly appeals more to my palate. I like that it’s higher proof, and the mouthfeel definitely benefits from this being non-chill filtered. This wouldn’t replace Rare Breed as my go-to bourbon upgrade, though I’d happily recommend this to Four Roses fans interested in the evolution of the distillery’s product line, particularly those in areas where the store pick single barrels are not readily accessible.

Given the semi-regular parade of the aforementioned store picks, you’re likely to see more Four Roses in this space over time. Until then, I’m happy to continue to slowly sip the remainder of these bottles. As I do so, I’ll be raising the occasional glass toward a pair of faces smiling down from their upgraded accommodations in the firmament.

There are commission links within this article but as you can see, they don’t affect our judgement. Lead image from Four Roses and the other kindly provided by The Whisky Exchange. 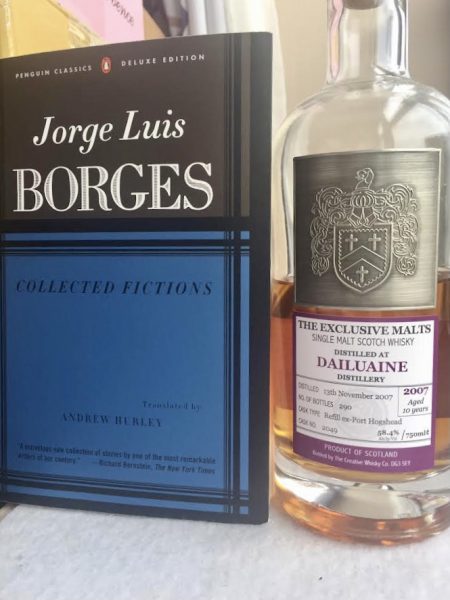 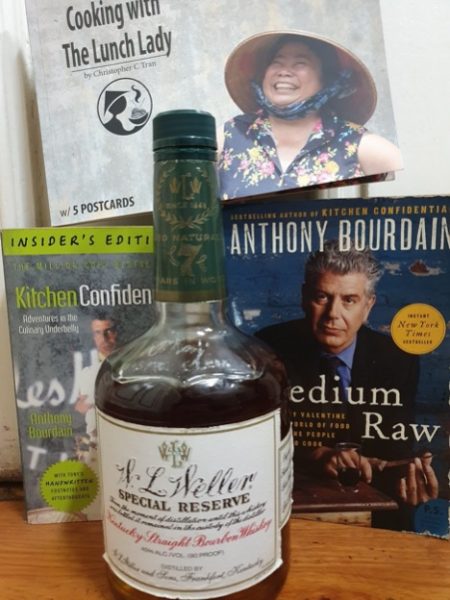