Transparency has become increasingly important for everyone these days. Yet, this is still something people forget to ask about at times. Unfortunate, but expected, as the world is mostly run by those with silver tongues and fancy presentations. These entities allow us to rest on our laurels and deliver empty promises wrapped in gold boxes, or words meant to bite people in the ass.

I bet most of the world is now begging for as much transparency as they can get from their government. From other governments and especially from the jerks who initially let this spread to the world – I doubt we’ll get the truth from that irresponsible party though.

So here I am, or should I say we are, stuck at home under quarantine asking ourselves the same things. When will things go back to normal? When will a cure be found? What will change after all we rid ourselves of the virus? Then what’s next? What will happen to the economy?

While the news has been adamant that we should watch out for our physical health. Let us not forget to take care of our mental health as well. So, as much as possible, I’ve been trying to avoid even thinking about the virus. But this is a hot topic. Much like our multinational overlords, who never fail to jump on a trend, I too am jumping on it now. And I hope Malt can prove to be an effective distraction.

Now that I have your attention, let’s talk about an entity who will give us transparency. I think they’ve even taken it to another level. This transparent entity I’m talking about is Tom’s Foolery. Despite what their name suggests, this Ohio based distillery is not for tomfoolery. The distillery is owned and run by Lianne and Tom Herbruck.

They distill bourbon, rye, applejack and gin. Some of the grain and apples they use for distilling are grown by themselves. The rest comes from local suppliers.

It made me check out their website. I was immediately amazed by their barrel inventory page. I’ve never seen anything like this. You can see how many barrels they have, what’s aging inside them as well as how long they’ve been aging. Clicking on the barrel’s numbers will show you what went into making the spirit. Clicking on the released batches link will show you what barrels they’ve sold and will also show what went into making the product.

For example, this bourbon barrel #31 bottled for K&L is unchill filtered. It was distilled on May 4, 2012, and then bottled on June 12, 2017. It is a mash bill of 72% yellow dent corn, 16% winter’s rye and 12% 6-row malted barley. This is a sour mash bourbon that was openly fermented in a cypress wood tank. First distillation was through a beer still. Second distillation was through a whiskey still. Both are pot. The staves came from Independent Stave. The staves were level 4 charred. The head was charred level 3.5 charred.

I should note that their bourbon typically has 54% corn, 23% rye, and 23% barley malt. But they sometimes change the mash bill for each batch. The inventory page will also show you how much angel’s share there was as well as what the proof of the spirit was before dilution.

On the nose: A bit of an unpleasant welcome as it came in the form of dusty wooden furniture mixed with cloves. But underneath it is a mix of spicy and floral scents like rye, peppers, pink peppercorn, adzuki beans, cinnamon, dried dates and vanilla.

In the mouth: Lots of rye floral notes at the front. This is easy to drink yet not boring. I get rye, cinnamon, plums, dried dates, fuji apples, honey, pink peppercorn, hints of cloves and bitter notes like tannins, thyme, hints of barley husk. At the end are sour fruits like green apples and guava.

This has mellowed out. Initially, there was more wood notes upfront. But a year of being open, let out the other characteristics. If you want something similar to Four Roses Single Barrel, this may be a bourbon for you. Provided their single barrel bourbons are consistent. Though I doubt that, as they change the mash bills depending on the batch. But I guess, the higher than usual malted barley content helps give more uncommon bourbon flavors and more roundedness. The long finish that ends with sour fruit notes was unexpected but very welcome.

$50 for a 5-year-old Bottled in Bond single barrel? I think this is a great buy. I’m all for supporting craft distilleries when I can, but only if the product is good. I hope this review makes the American based readers give Tom’s Foolery products a chance. Especially now that a lot of businesses worldwide are struggling due to the virus. I like their transparency, their bourbon and ultimately what they are doing. I’m keen on trying their other products soon and see how their spirits age further. 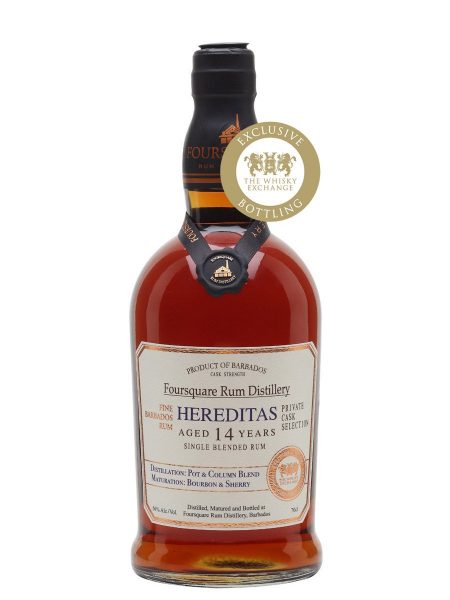